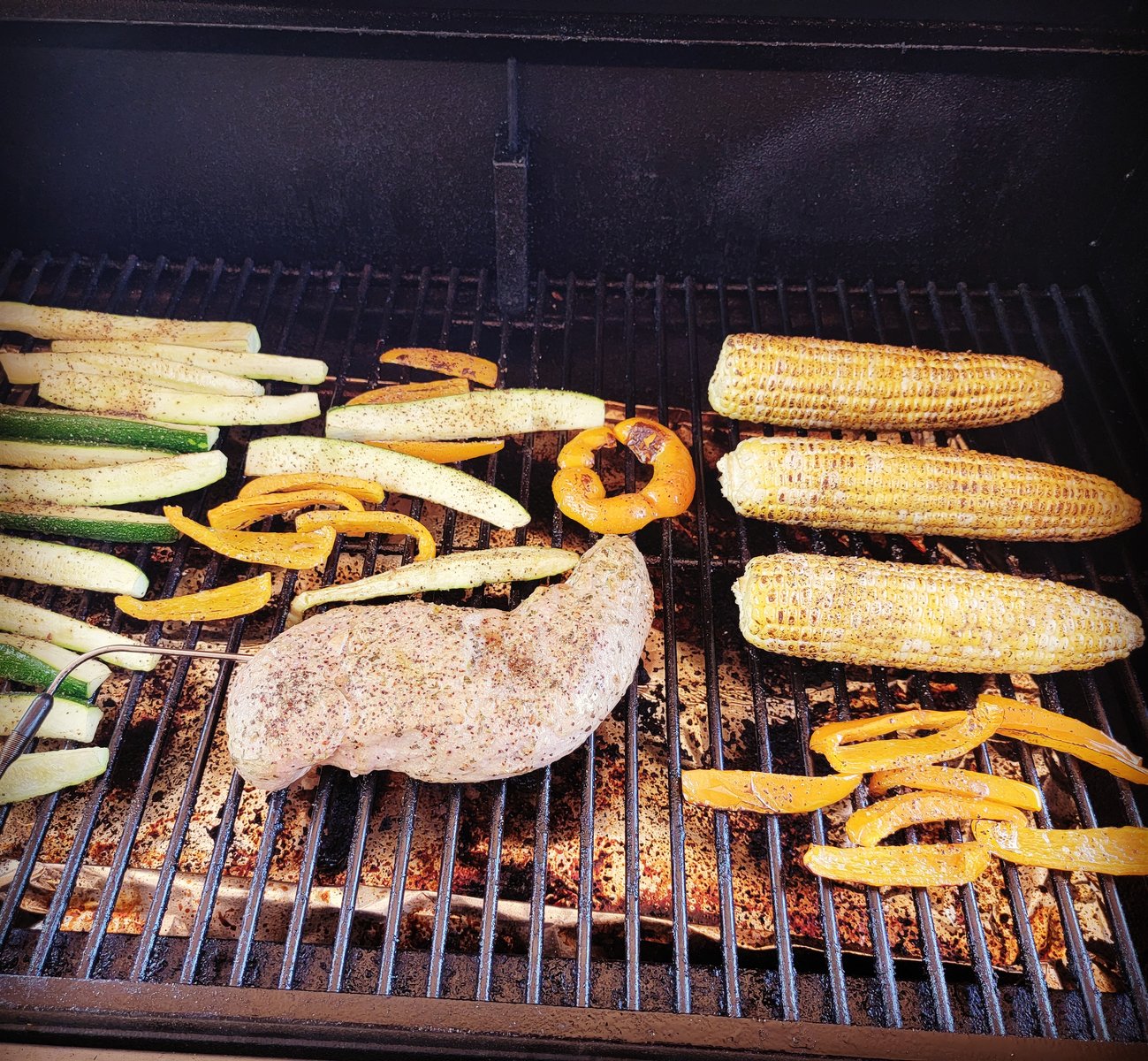 "I have enjoyed great health at a great age because everyday since I can remember I have consumed a bottle of wine except when I have not felt well. Then I have consumed two bottles." Attributed to a Bishop of Seville

Its happening. Finally pulled the trigger. 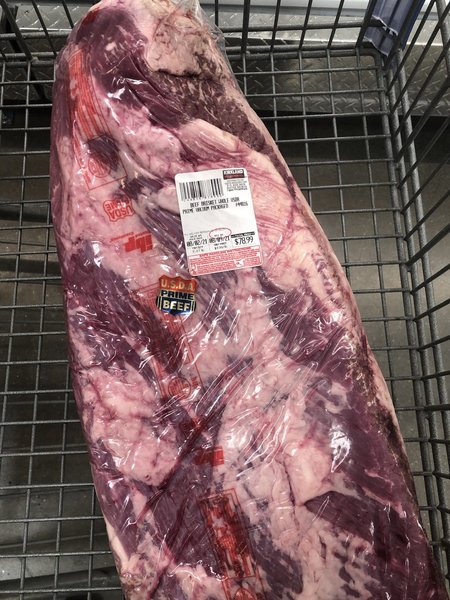 I haven’t been able to find brisket the past 2 times I’ve been to Costco :/

edmorel said:
Yoder is in, just threw some baby backs in there at 225, will report back when they are done. I ordered it assembled but this was a curbside delivery, took four of us to get this 400+pound beast up to the deck. So far, build quality lives up to the price, haven’t set up the WiFi yet and we’ll see in a few hours how well it cooks.

What was the verdict on the first cook?

Brisket is on. Started at 4am last night. Already smells fantastic. Really looking forward to the meat. TWSS!

No pics but last night I did a low carb dinner with some homemade Italian sausage and a simple "weekday" red sauce. Browned the links and removed, softened onions and red bell peppers in the pan, put links back in and covered with the sauce to simmer for a couple of hours. Sauce was just a can of peeled San Marzanos, pureed with immersion blender, and simmered with a glug of good EVOO and diced garlic with dried oregano and thyme. Plated and topped with grated Parm. Very satisfying and very low carb.
"I have enjoyed great health at a great age because everyday since I can remember I have consumed a bottle of wine except when I have not felt well. Then I have consumed two bottles." Attributed to a Bishop of Seville 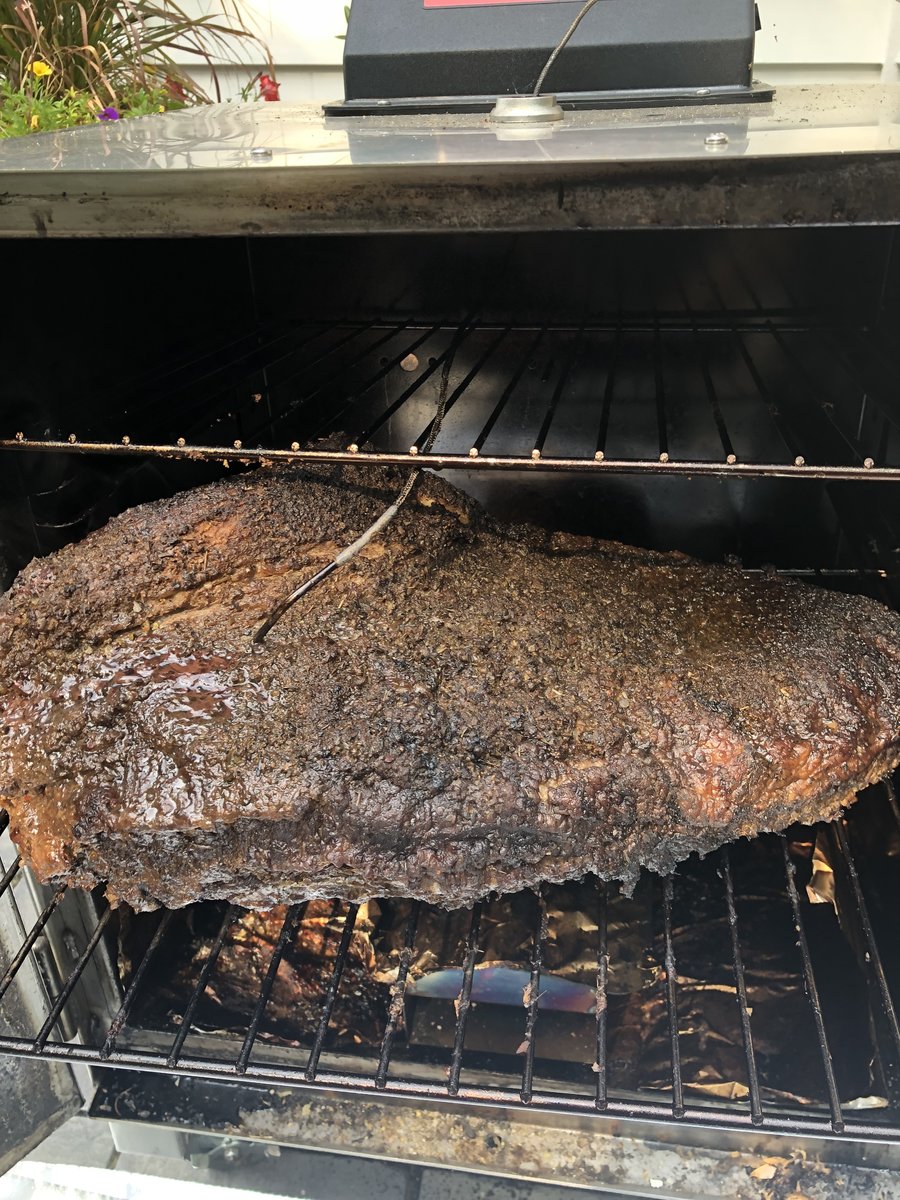 My buddy wrangled me into being on his team for a bbq competition at the end of the month. I told him that i would be no help whatsoever except for an extra set of hands and that I would commence drinking Miller lattes as soon as practicable and throughout the day.

So nice to see another Cook Shack in action.
"I have enjoyed great health at a great age because everyday since I can remember I have consumed a bottle of wine except when I have not felt well. Then I have consumed two bottles." Attributed to a Bishop of Seville

It doesn't get enough action. TNWSS! 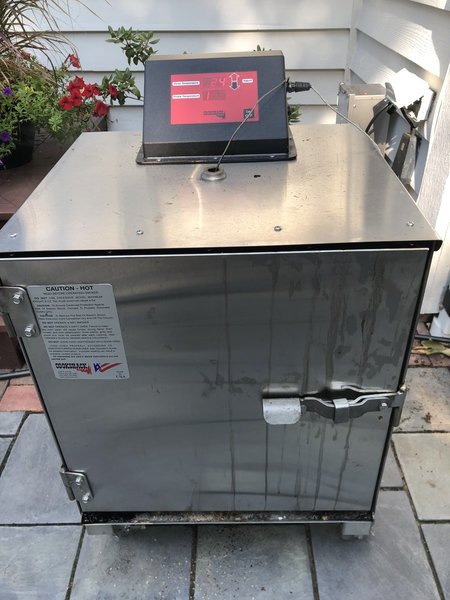 RedLantern said:
that I would commence drinking Miller lattes as soon as practicable and throughout the day.
Click to expand...

Hmm, Miller with hot steamed milk. Sounds disgusting but to each their own

Hey @Piobaire for the recipe you posted many moons ago, is the finishing sauce (in b4 joak) worth it? Seems to add a lot of sugar and if I use a bbq sauce or something else later would probably be too much. I believe I used it the first time I made the recipe but am unsure if I want it this time.

I can't remember if the recipe has molasses in it or if that was my add. I use that and unsweeted AJ. I think it's a plus but I might have modified it. At work and don't have my notes.
"I have enjoyed great health at a great age because everyday since I can remember I have consumed a bottle of wine except when I have not felt well. Then I have consumed two bottles." Attributed to a Bishop of Seville
E

Jmr928 said:
What was the verdict on the first cook?
Click to expand...

apologies, I was going to take pics and do an “official” review but I’m all Yoder’d out.

The first cook went OK, not great. This is my first pellet cooker and I did not really know time/temp. I think I cooked them too low.

Next day made another test rack, did the 321 method and used a commercial rub. Had two issues, I did not use enough rub and the last hour stretched to two and a half hours because I had to go out (and haven’t set up the app yet). So they were overcooked but actually not that bad tasting.

Third day, another rack. Went with my own rub, started the ribs at 200 and adjusted temp higher as the cook went on, about 10 degrees an hour till I got to 230. Then wrapped in foil and sprayed for about an hour. I thought these came out fantastic. Tender, but with some bite. I sent over a few ribs to my son and some friends that were hanging out and they loved them. Success!! At this point I’m feeling like that Norwegian 400m hurdler. My wife came home and I gave her a rib to taste, and in her cold hearted, ruthless manner was like “Eh, they’re OK. Where’s the wood taste?”

The following day I cooked for about 15 kids and 15-17 adults. 8 racks of baby backs, 14 hamburgers, 8 hot dogs. The Yoder did terrific work. I did a hybrid of the 321 method, and everyone went crazy for the ribs. When they were done, I simply moved them to the side, opened up a hatch that covers the firebox to do direct fire grilling. Banged out the burgers and dogs, Yoder said temp was 600 degrees and I added these grates that claim they get 200-300 degrees hotter than cooker. Don’t know how true that is but burgers had terrific grill marks and were done in no time. People loved them. After everyone ate and we’re just drinking, I threw on a 2-2 1/2 inch strip steak, a few minutes a side, turned counter clockwise. Took out, rested and threw some butter/olive oil/roasted garlic blend on it, sliced. People absolutely loved it. Again great grill marks/char on it.
So my positives for it are:
Enough space to cook for an army
Coming from charcoal, the “set it and forget it” aspect can just not be overstated
Holds heat wonderfully
The grill option is probably my favorite feature. It’s a legit singe your eyebrows heat. I did not want to have a grill and a separate smoker.
The build quality is great.
Large hopper for the pellets
Almost no ash after cooking for hours.

Negatives:
It seems that pellet grills do not offer the same smoke taste as stick burners. There are options, like a tube you can put in with some burning pellets to give you the smoke taste. I used a smoke box with some chips and a few small pieces of burning charcoal. Still not the same. I’ve read that certain pellets give you a better smoke taste than others. Since the pellets burn quickly and don’t smolder like wood, it’s going to be hard to get a similar taste. I’m going to keep trying different things though. On the grill though, you did get a nice smoke flavor as you are cooking right over the fire.
New fabrics 7/20:

Piobaire said:
I can't remember if the recipe has molasses in it or if that was my add. I use that and unsweeted AJ. I think it's a plus but I might have modified it. At work and don't have my notes.
Click to expand...

This is the one I used.

While the brisket is coming to room temperature, apply rub. Smoke-cook at 225 degrees F for 12 hours with ½ hickory and ½ oak wood. Turn smoker temperature control to 150 degrees F.

Remove the brisket from the smoker and place on a piece of aluminum foil large enough to wrap the brisket. Pour finishing sauce over the brisket. Wrap securely.

Place in smoker for 1 hour at 150 degrees F.
Remove brisket from smoker and open the foil to let steam escape. Let rest for 20 minutes. Slice thinly across the grain of the meat. Baste and serve with accumulated juices.
You must log in or register to reply here.
Share:
Facebook Twitter Reddit Pinterest Tumblr WhatsApp Email Link
New posts