Chadclass said:
View attachment 1792767
Well, it’s sunny for more than two days in a row here in Detroit! That’s a rarity, so I thought I’d pull out a bit more of a brighter color! What do you think of the aqua shades this year?
Click to expand...

The outfit is indeed great. And only because it is such a nice ensemble, it is fair to comment on the loafers. You always punch up! I just couldn't resist the joke. I tried, I really tried. But I would lose my citizenship if the Brazilian government were to find out I left the opportunity of a good joke pass without taking advantage of it.

Hey, I don't make the rules.

Don't mind @bernoulli . A pair of loafers stole his bike when he was a kid and he hasn't gotten over it. Seeing them brings up bad memories.

One more suit for the week. I thankfully won’t have to come to the office much more than twice a week. However this is a reminder I desperately need to lose some weight. 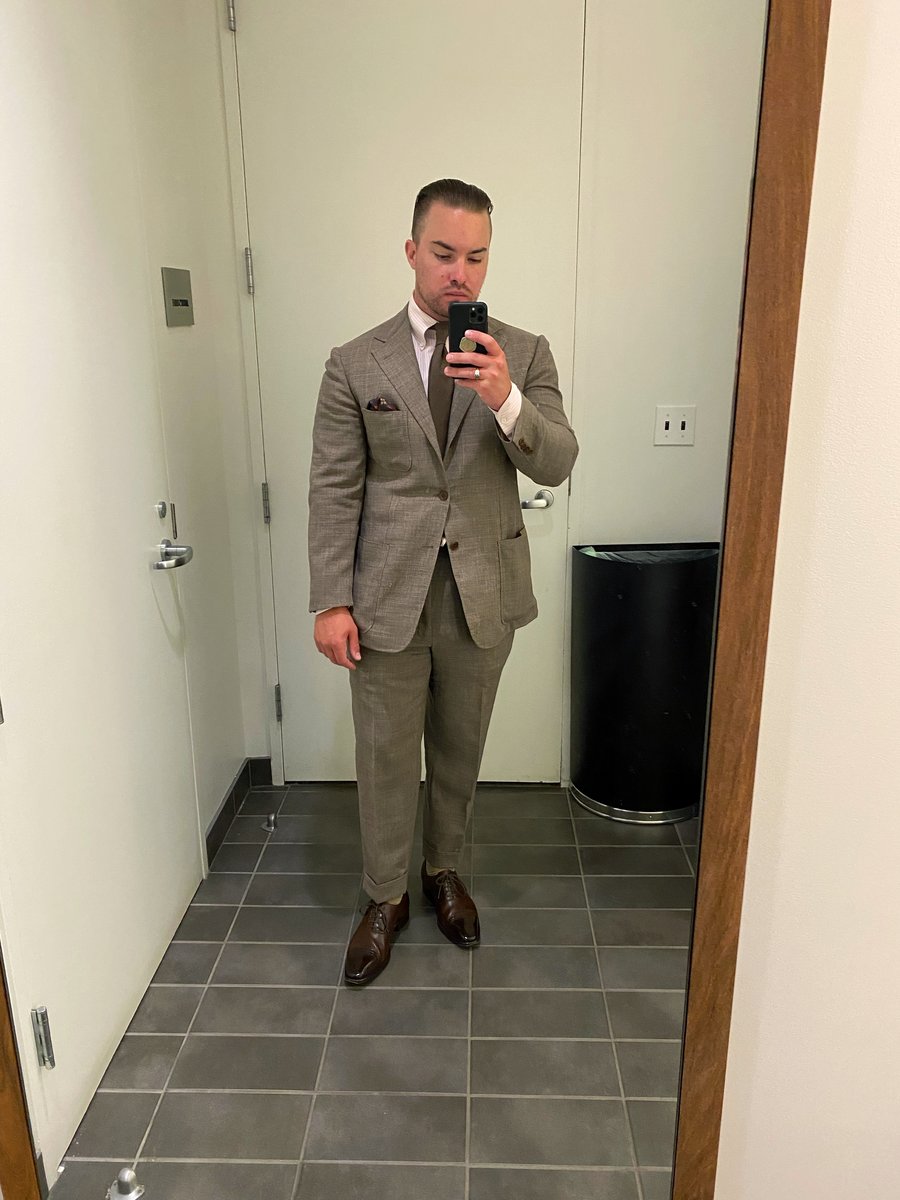 The weather in NYC today is mostly sunny, with comfortable temperatures and humidity (yesterday was very humid in contrast), such that I could not afford to miss the opportunity to suit up while the weather was fine.

Today's suit was next in rotation, certainly the most lightly constructed suit I own. With a plaid this bold, it was something of a challenge to find accessories to go with it, but I believe that I've met the assignment, at the very least. 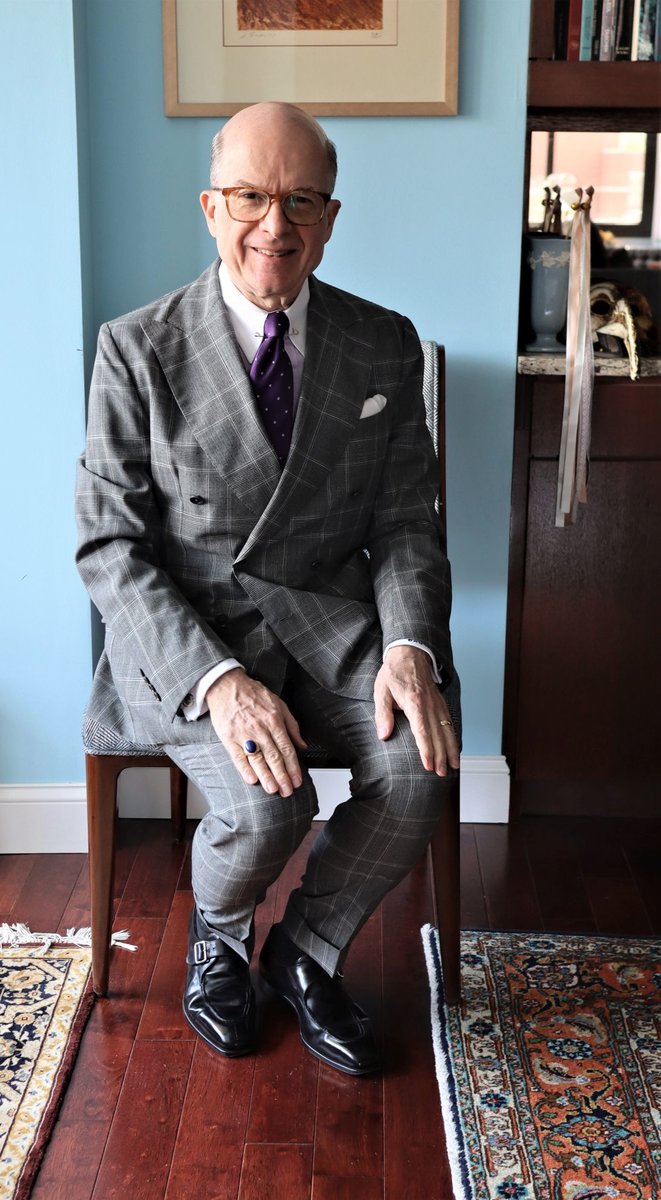 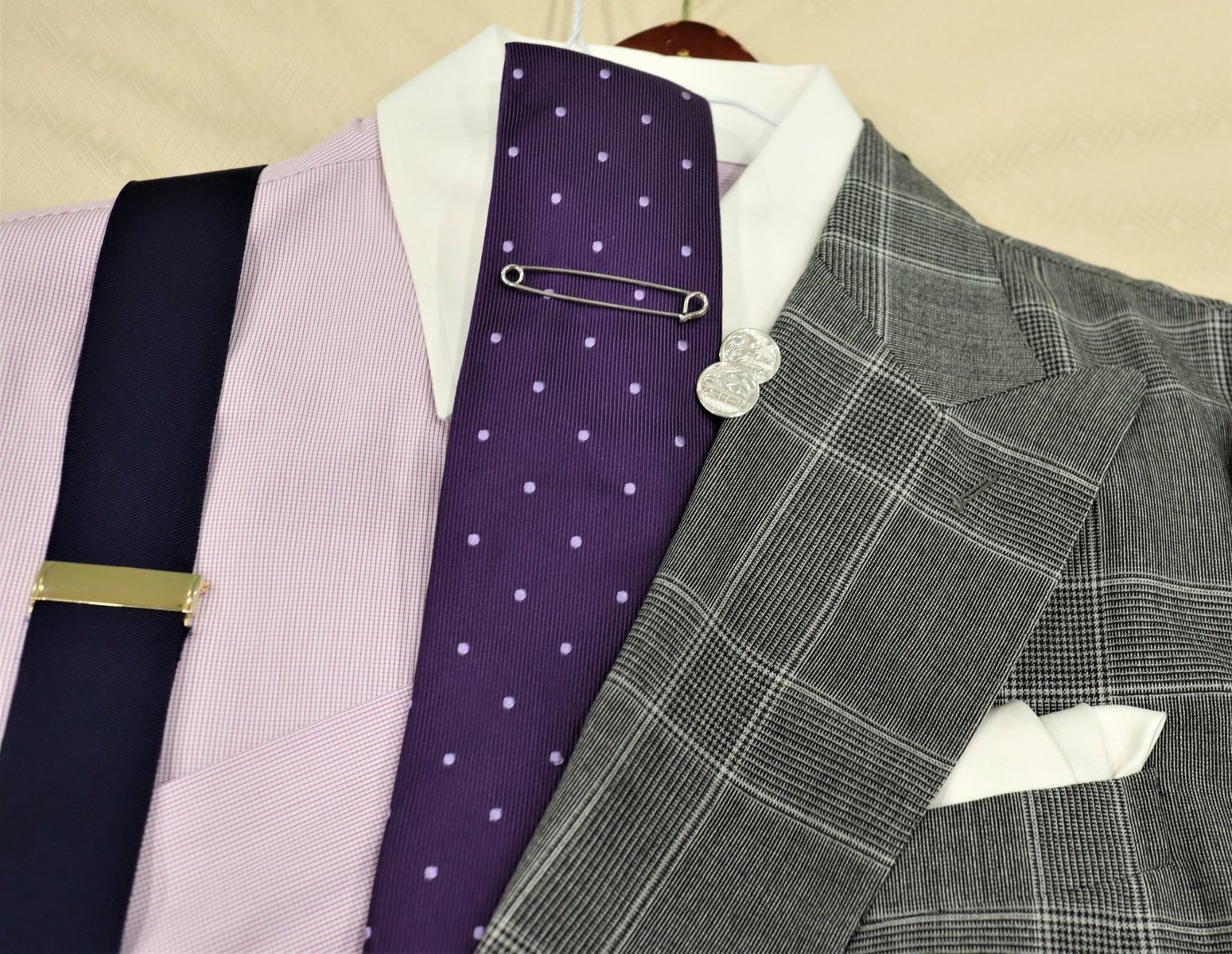 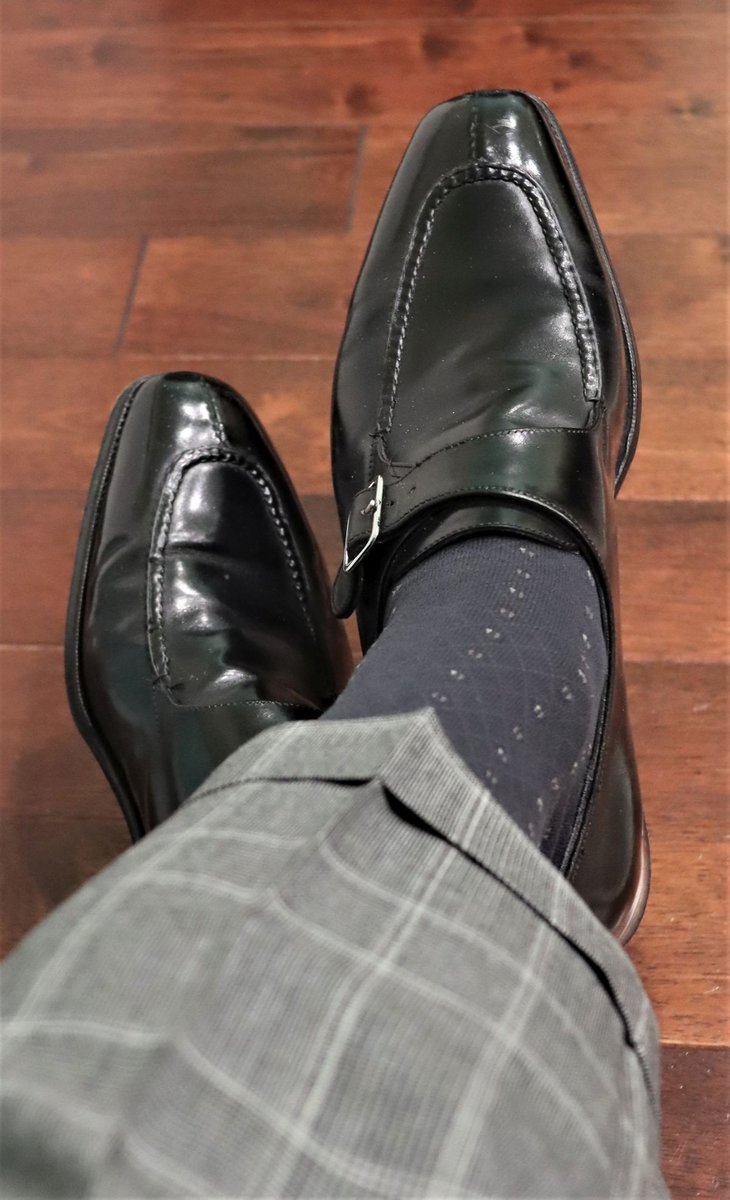 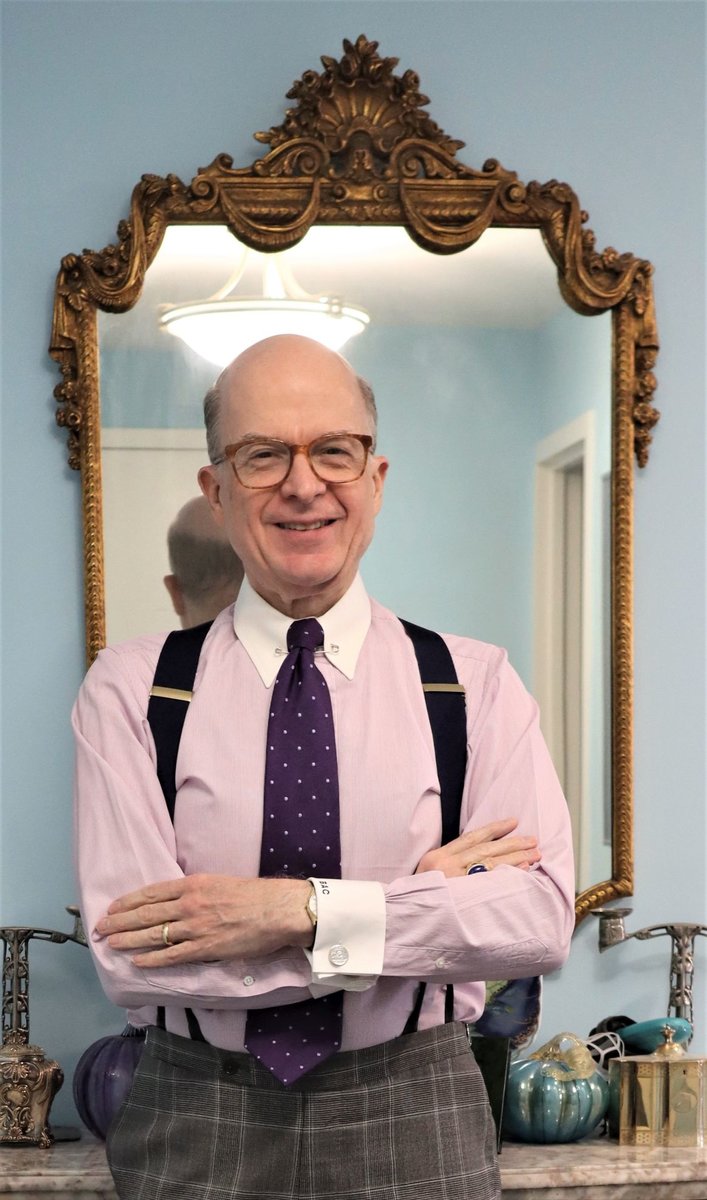 Distinguished is what one becomes when one is too old to be "hot".
D

Linen/wool/silk suit & linen shirt. Why do I have 4 solid pink shirts? 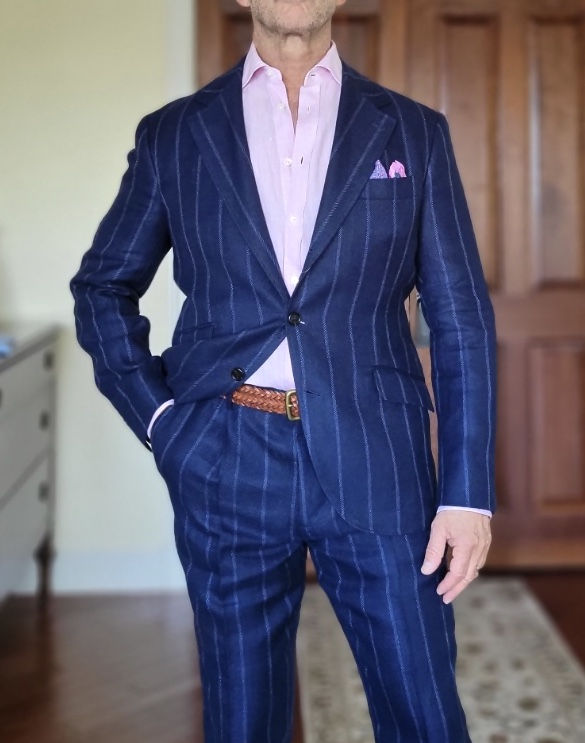 DapperPhilly said:
Linen/wool/silk suit & linen shirt. Why do I have 4 solid pink shirts?

Nice suit and fits you great in the shoulders. Three suggestions: 1) Go with a black dress belt; a brown woven one is too casual, 2) Let's see it with a tie to complete the look and 3) based on the photo, the waist is nipped in too much, and is pulling on you—might want to let it out, just a bit.

I heard it was spring. Linen shirt and pants. 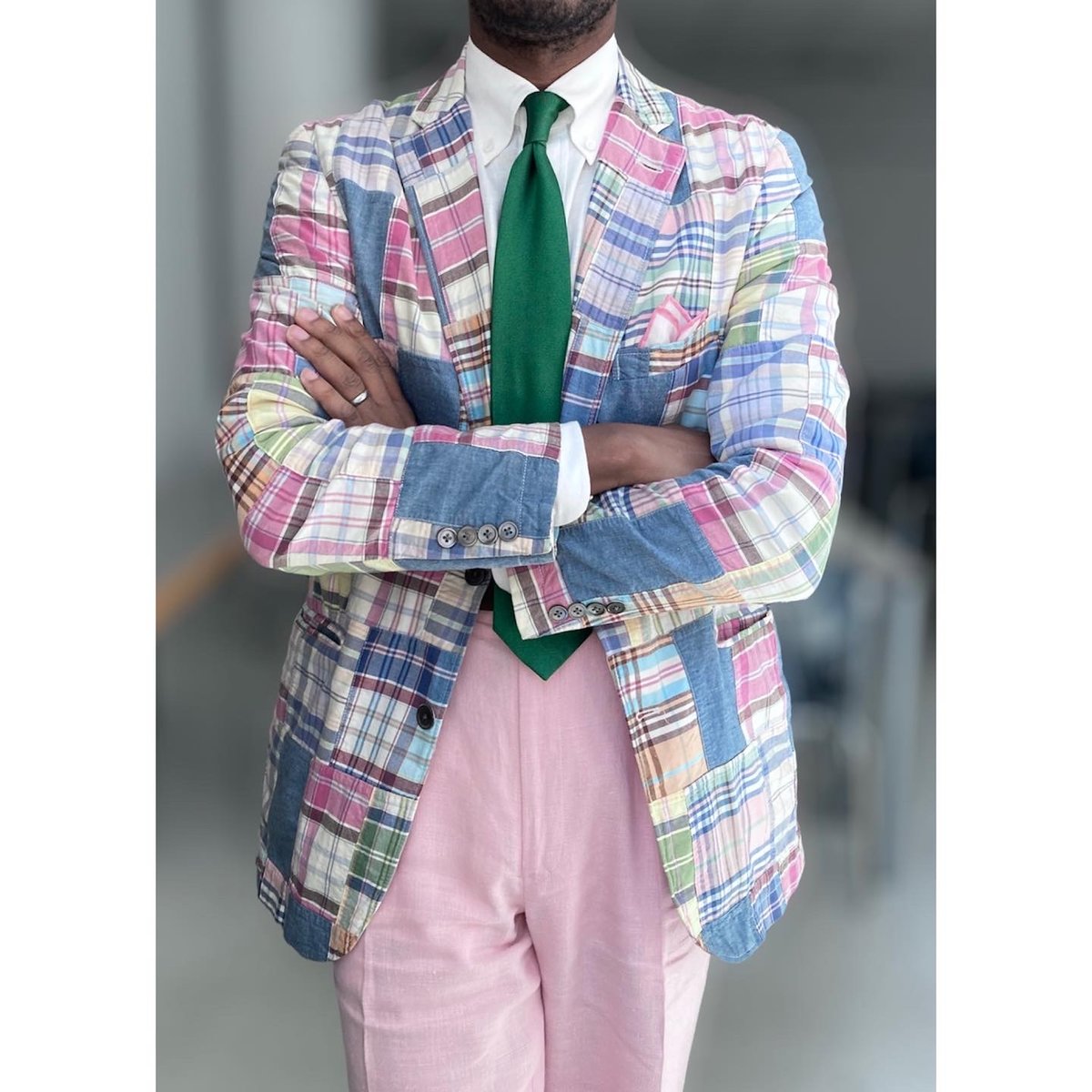 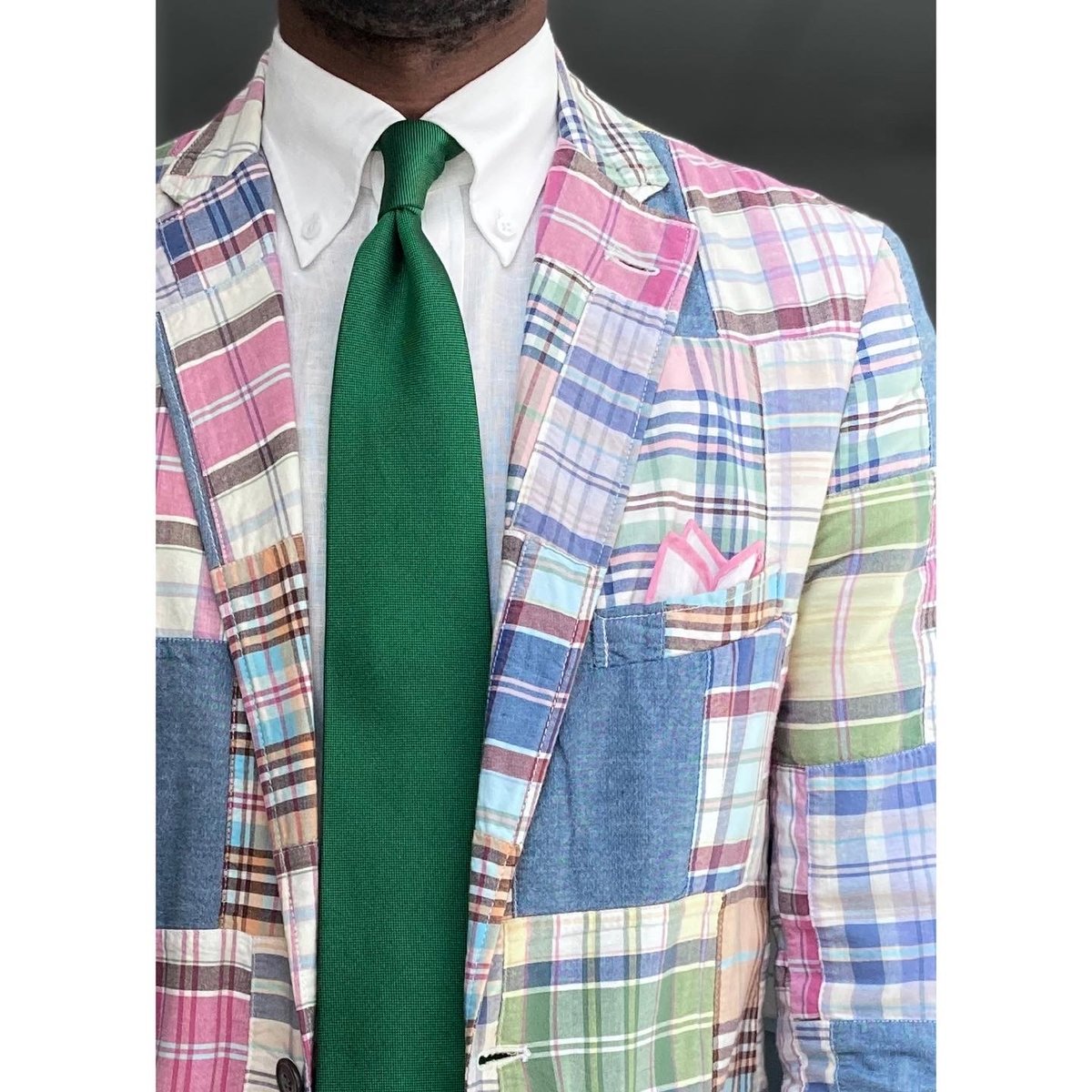 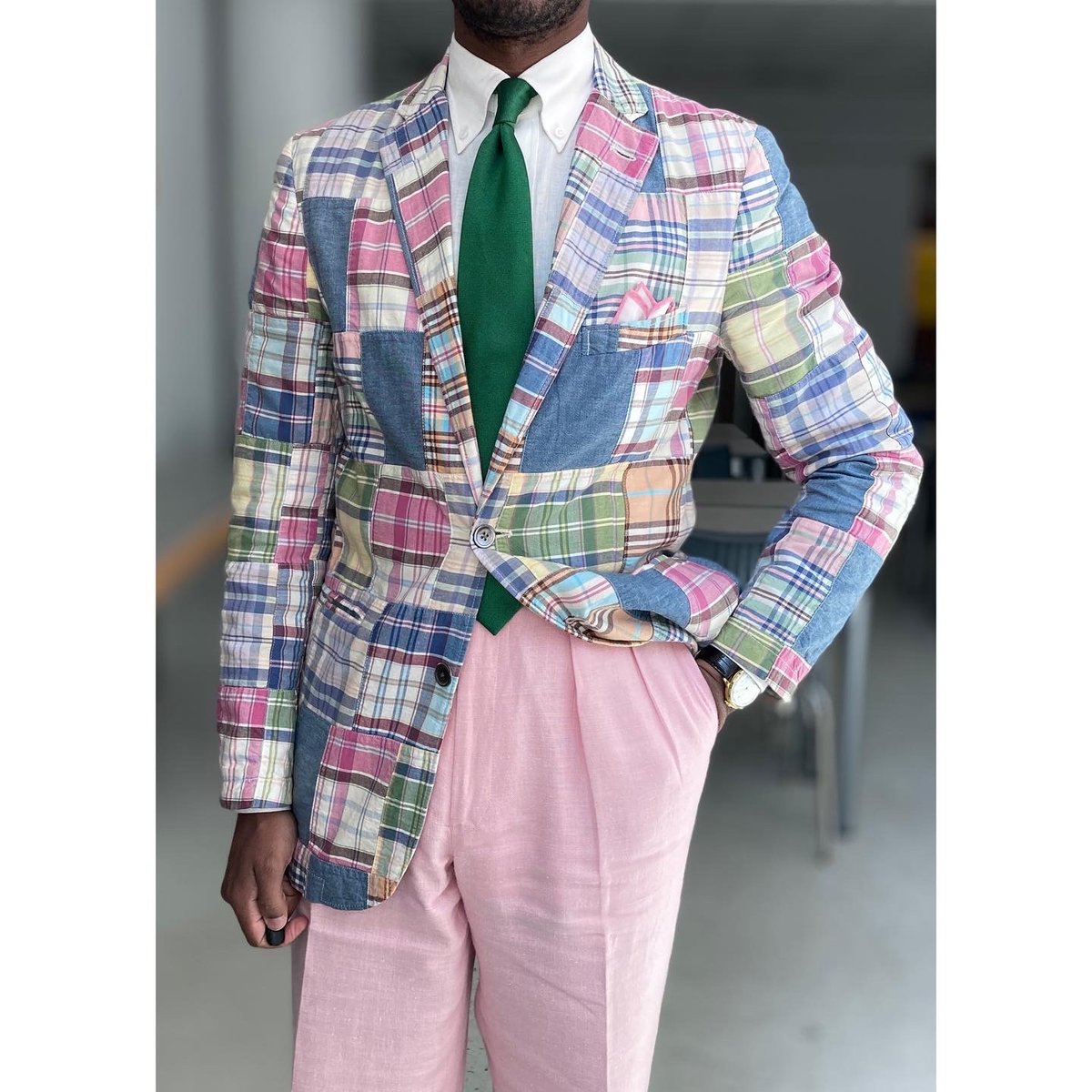 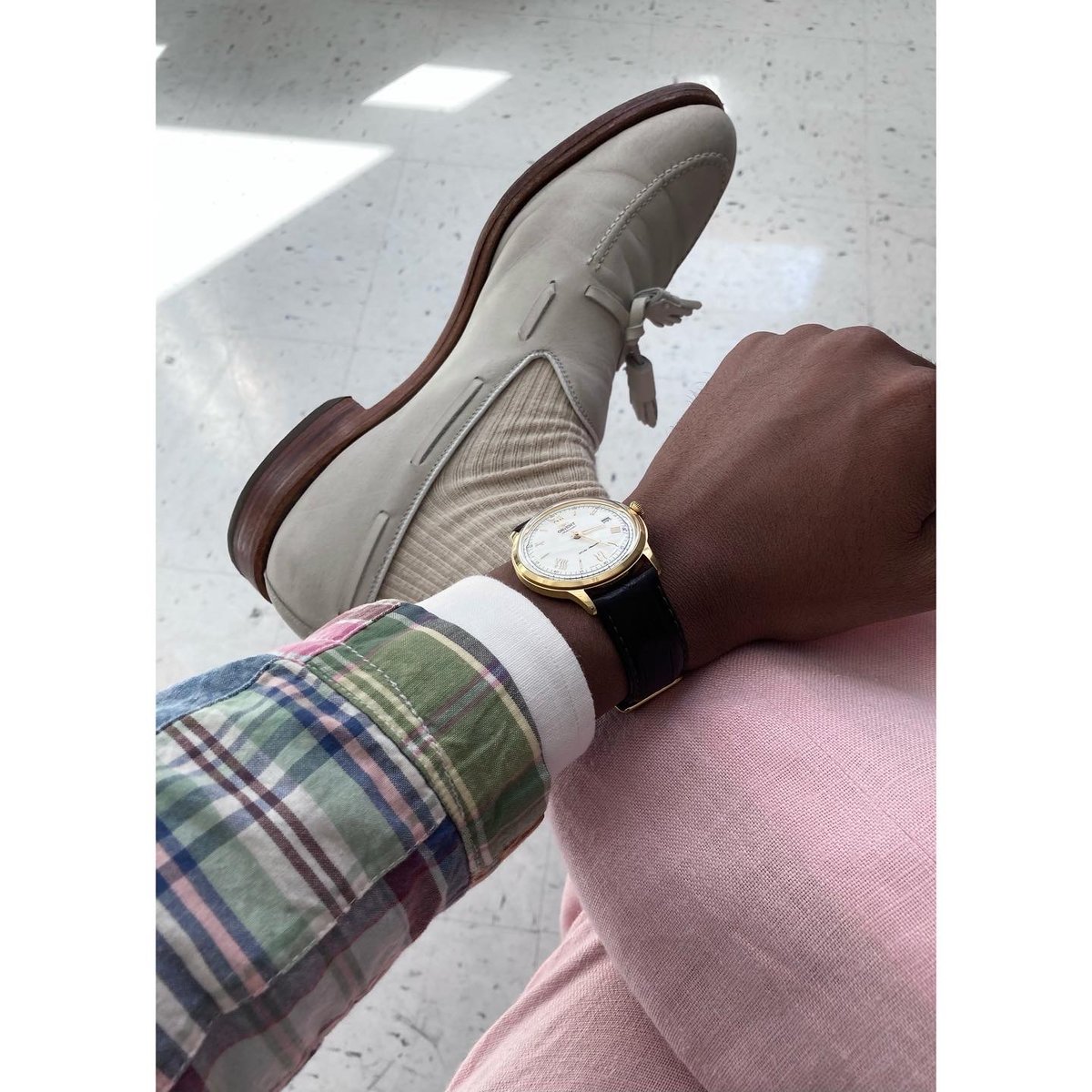 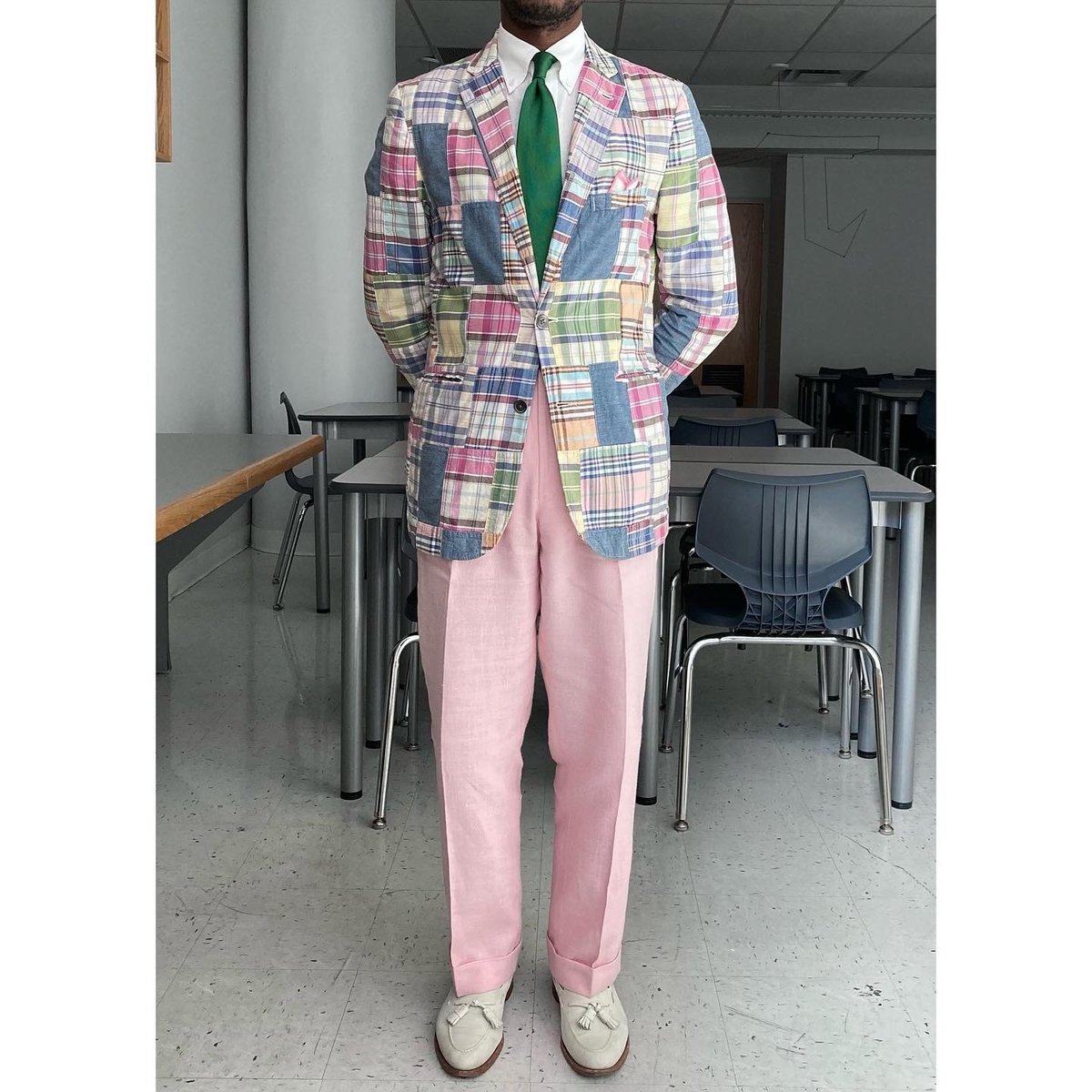 Went to Century City (West Los Angeles) this morning, Went to the Container Store, the Allen-Edmonds store, and the Apple Store where the iPhone was updated to iOS 15.5. 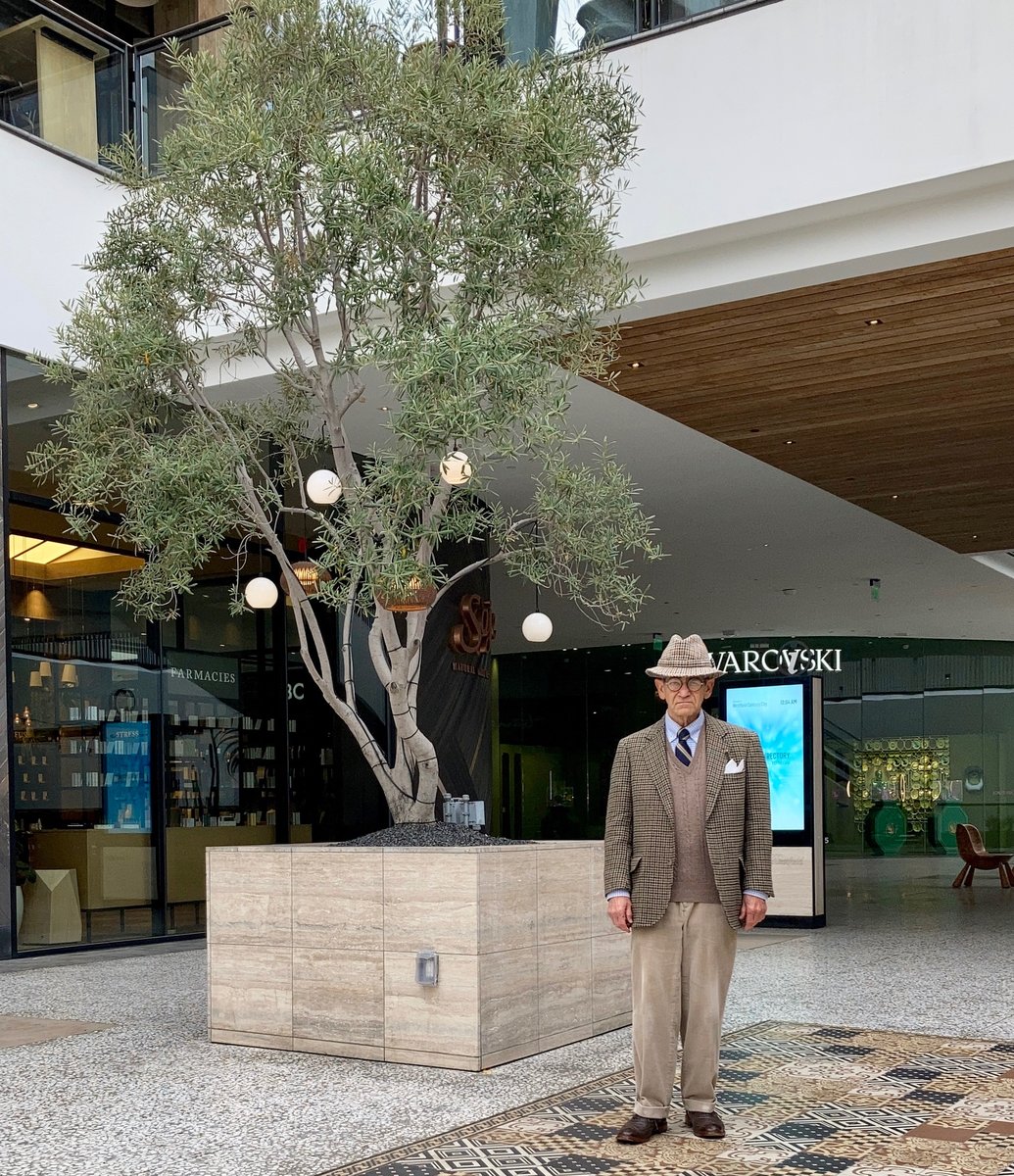 Dunn & Company tweed hat, Brooks Brothers tweed jacker, BB#1 stripe tie, and pocket square, old Viyella (55%-45% Made In Scotland) sweater vest, L L Bean OCBD shirt and corduroy trousers (as I get older I keep shrinking and my trousers have to be shortened over and over again), and Allen-Edmonds shoes.

Close up of the hat. 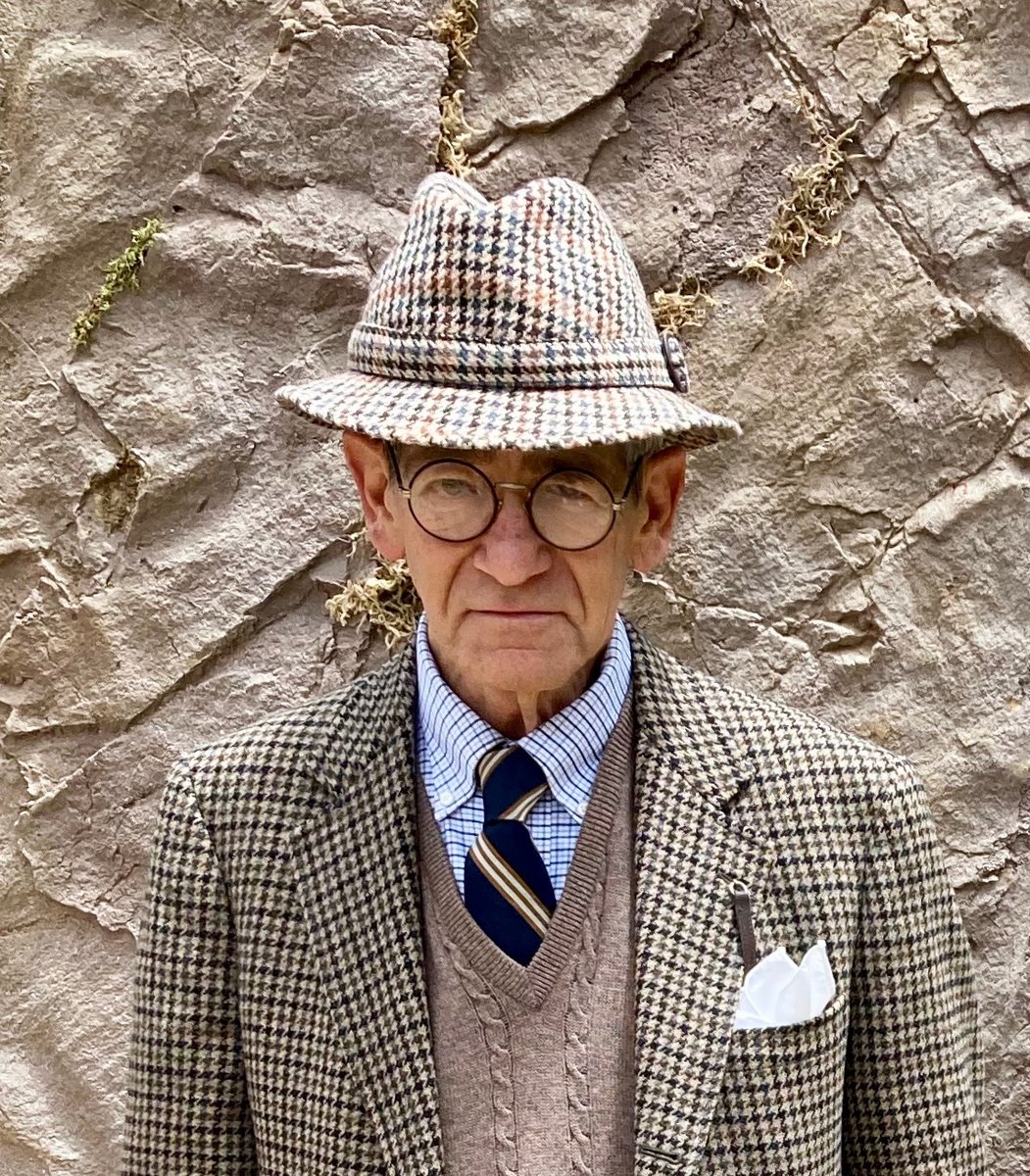 The close up was taken in the TV+ "Prehistoric Planet" pop-up exhibit in Century City. 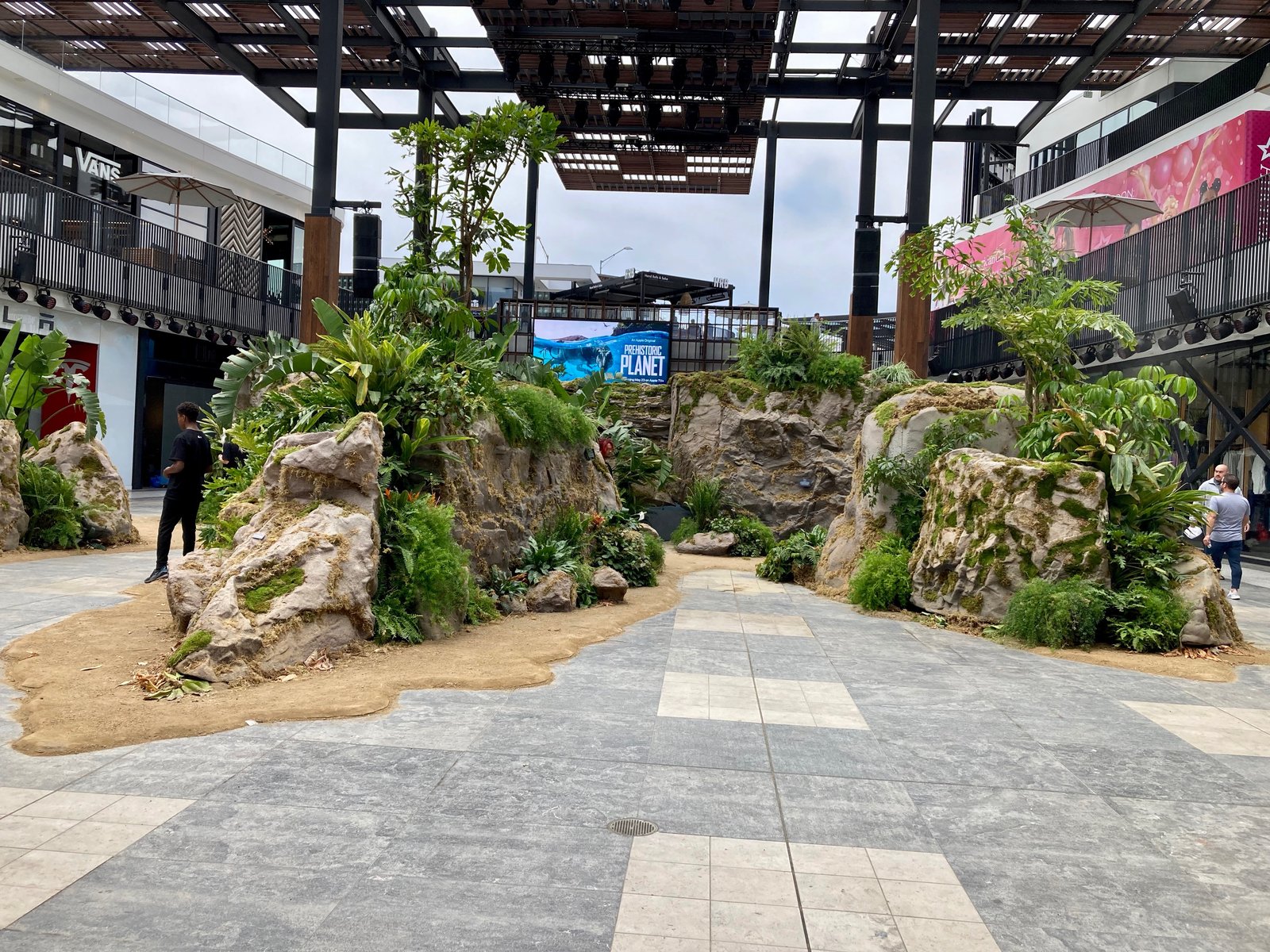 Close up of the shoes. Same shoes I wore in the last pictures I posted. They are very comfortable to walk around in and just had new heels put on, so they are now good for another ten miles before they need new heels again. 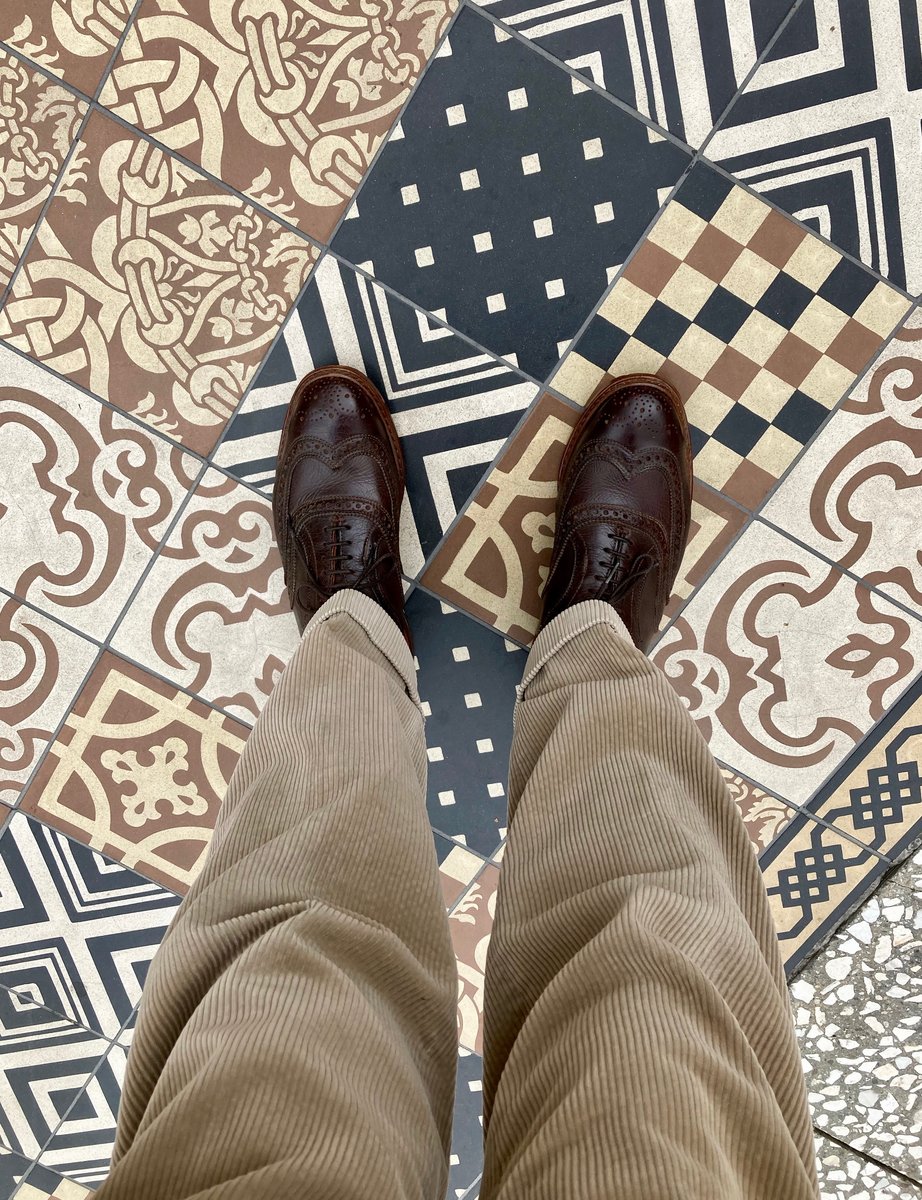 Extra Added Attraction: Something for both theater fans and education fans as well as another shameless plug for one of my younger brother's shows.

Last night two traditions, "The Show Must Go On" and "The Graduation Must Go On"happened at one of his shoes.

Last night, the performance of the acclaimed Off-Broadway musical Islander at Playhouse 46 at St. Luke’s ended with a surprise for understudy Mia Munn. Following the curtain call of the show, Associate and Resident Director Victor Lirio appeared on stage for the presentation.

Lord Goring in "An Ideal Husband" by Oscar Wilde

I may be in NYC next week. Can I invite you for coffee and browsing some oxfords?

I heard it was spring. Linen shirt and pants.

With nice spring weather in our part of the globe it’s time to break out the more lightweight fabrics, like these linen Luxire trousers, and Amidé Hadelin wool/silk/linen tie. 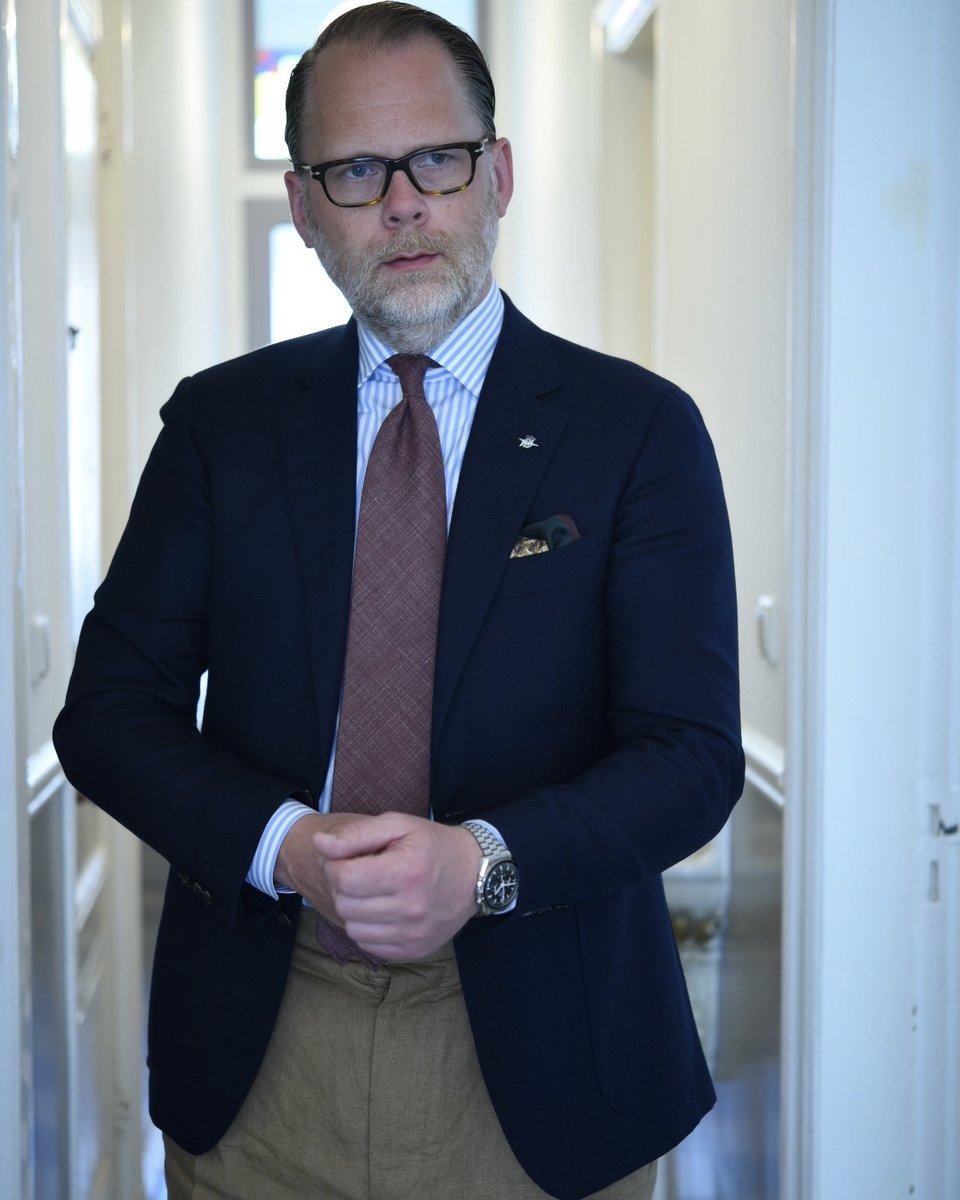 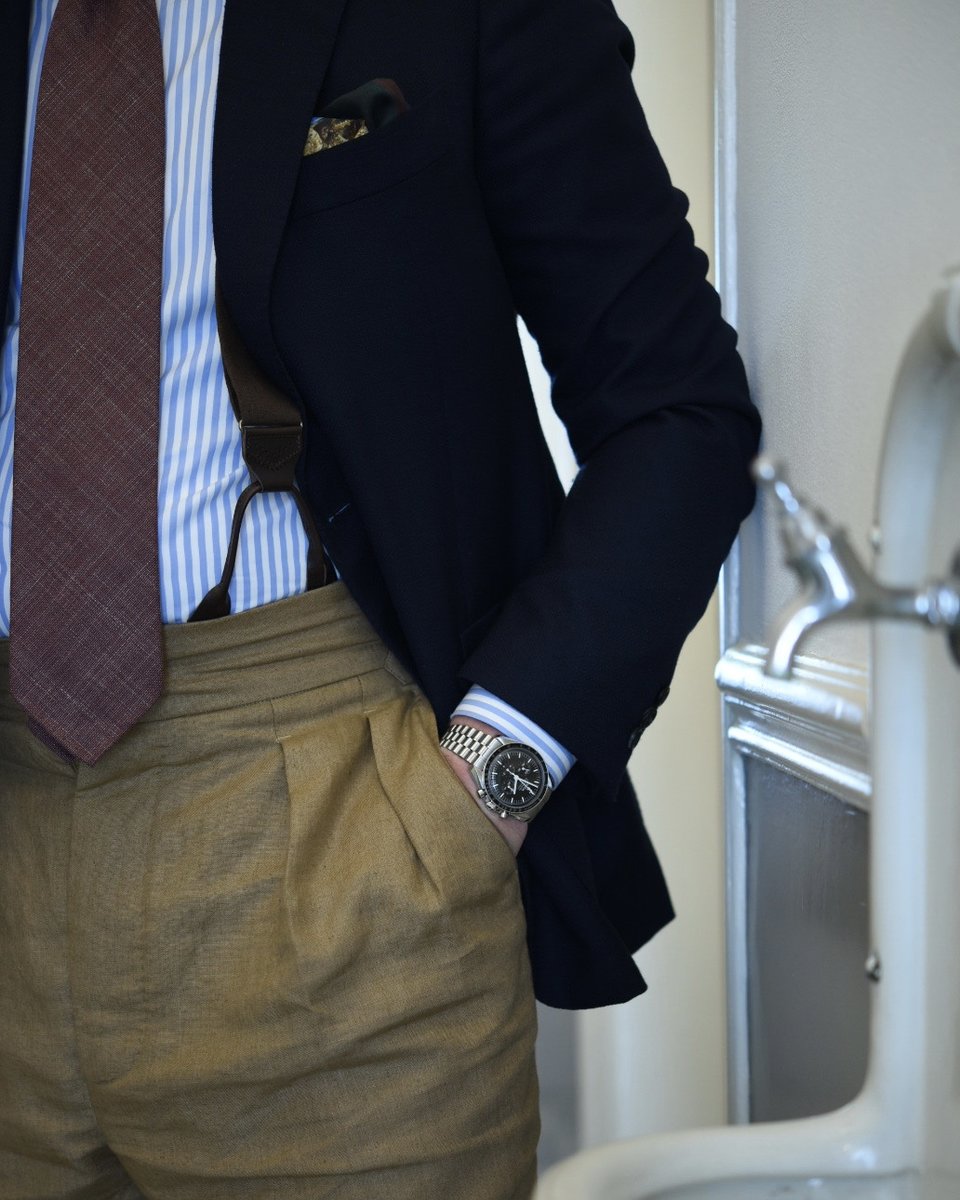 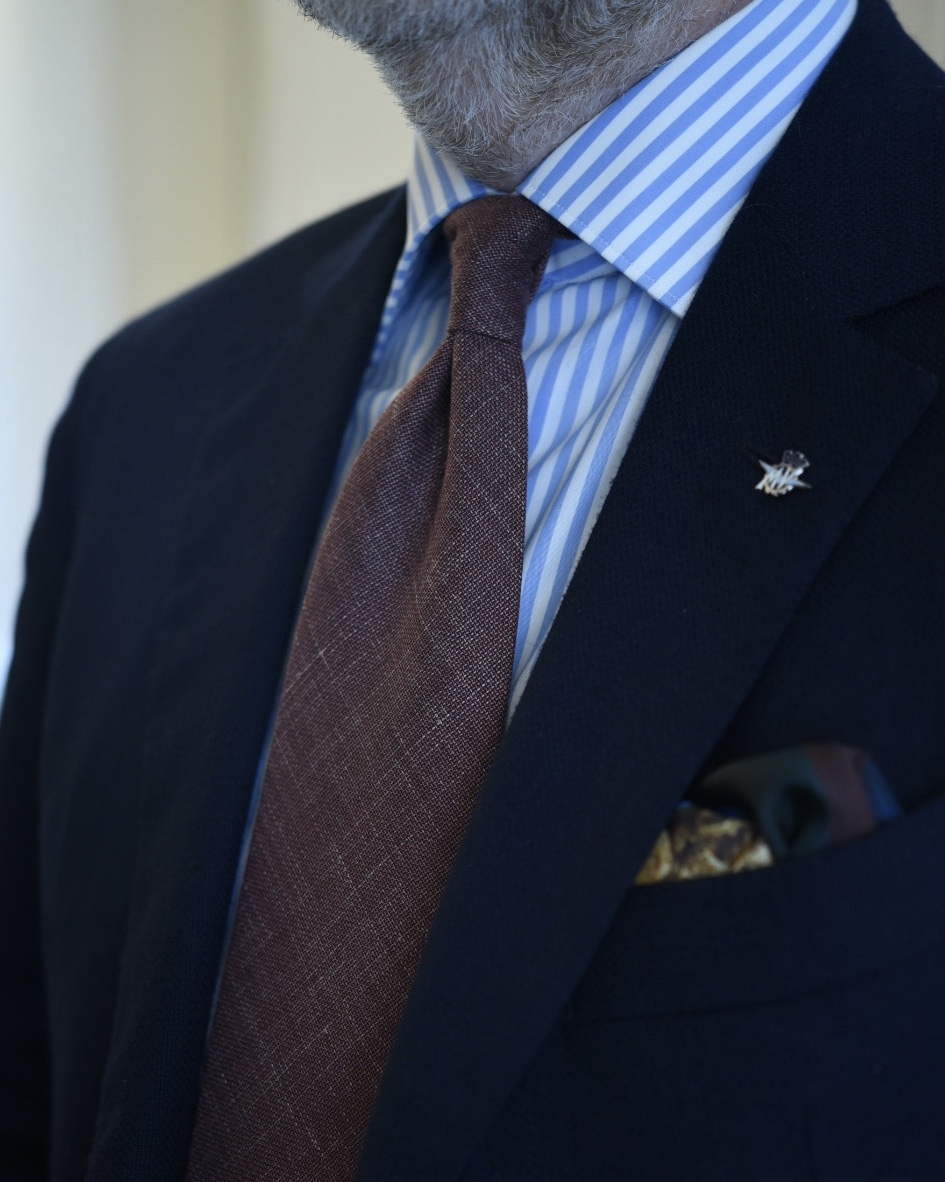 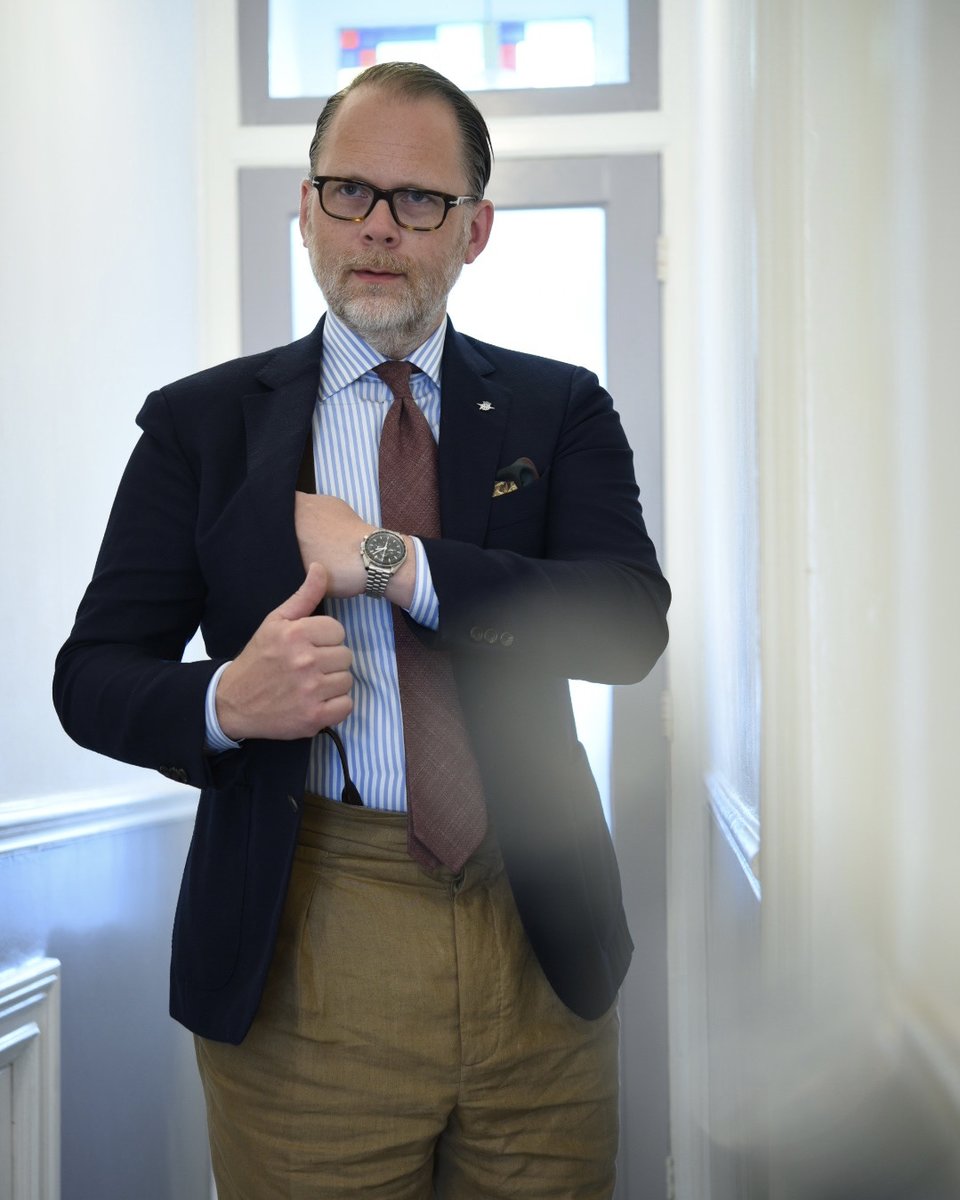 Owner of Amidé Hadelin - Unique handmade accessories and more.
www.amidehadelin.com
Always 10% off for Styleforum members. Discount code: SF10 (not on Sale or combined with other discount codes)
Instagram 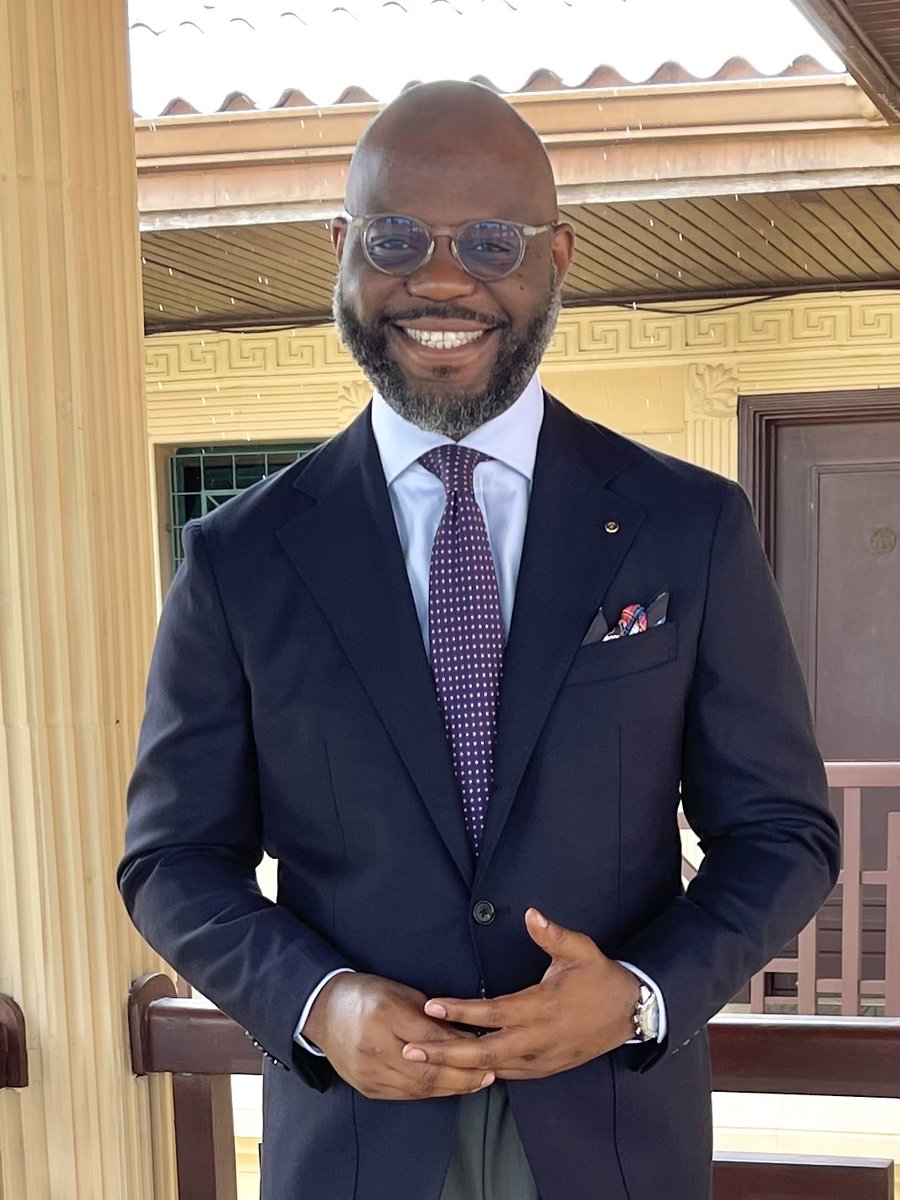 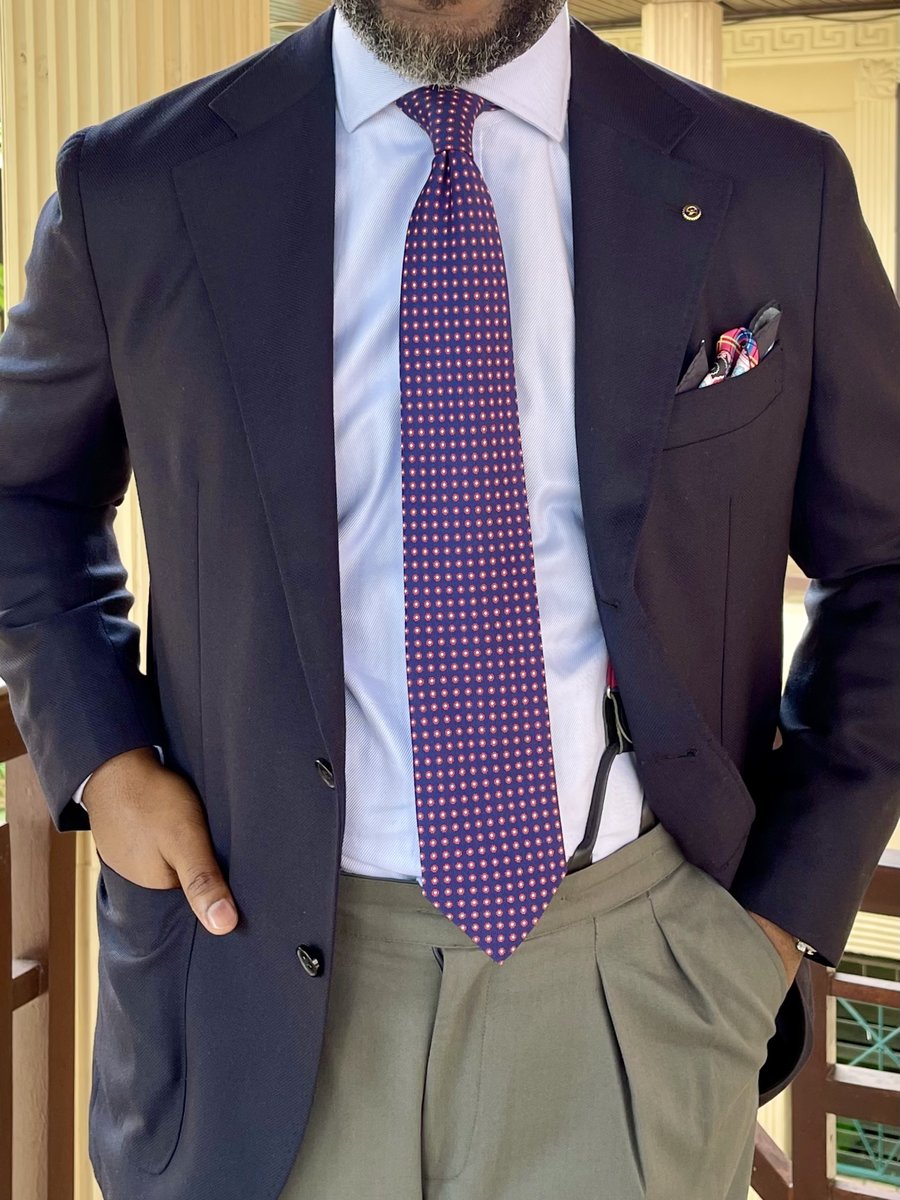 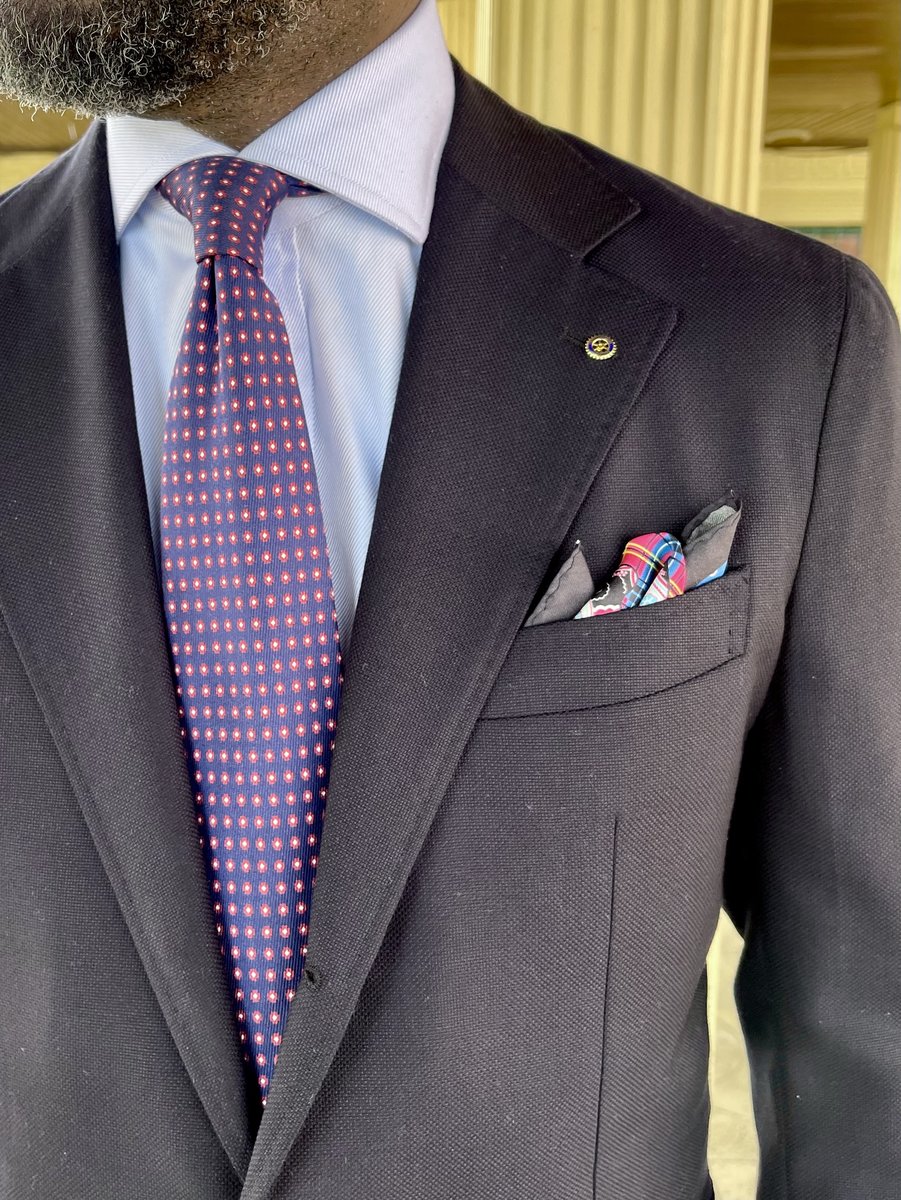 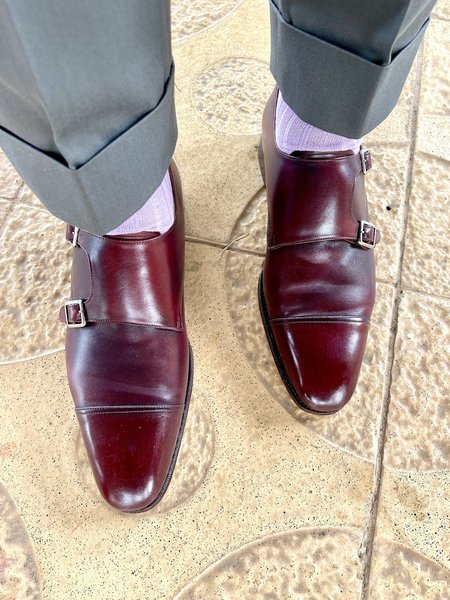 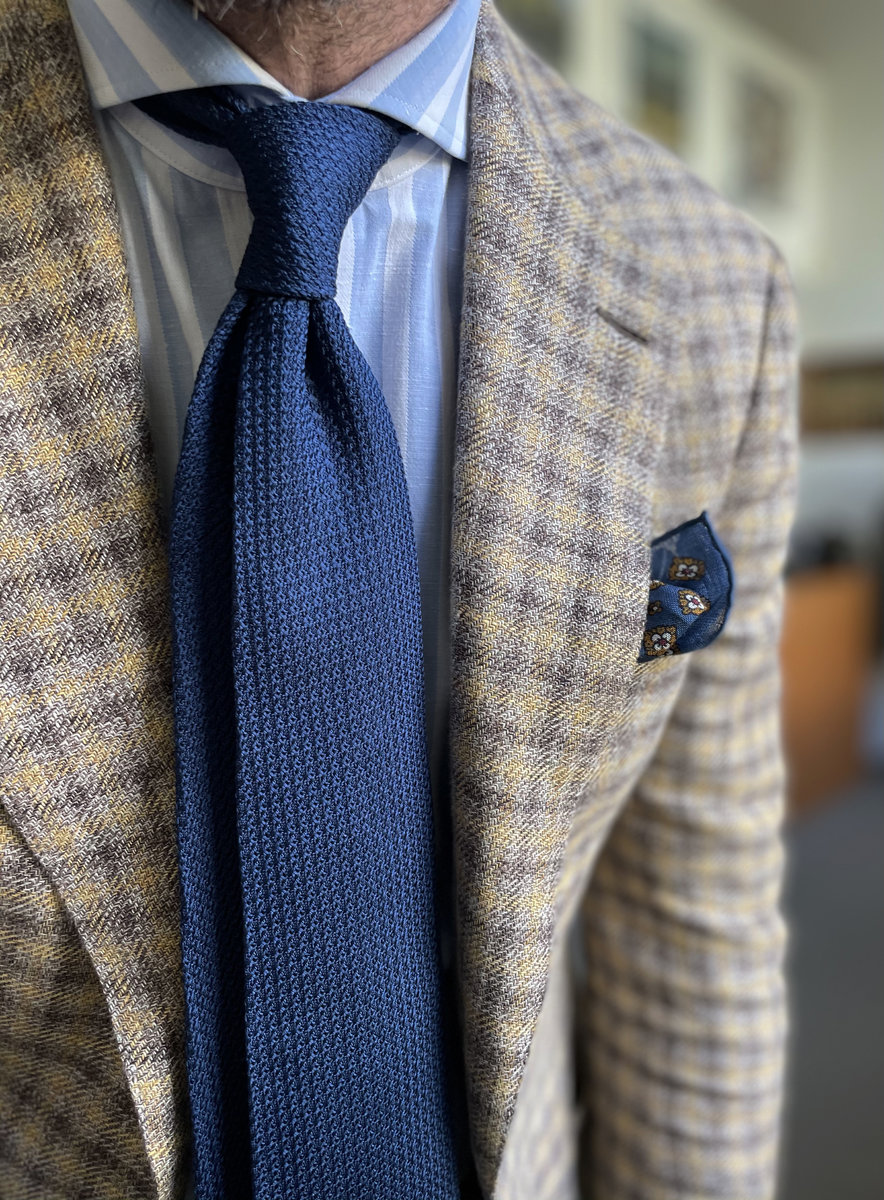 My favorite fit of you so far. Love it

loduN said:
My favorite fit of you so far. Love it