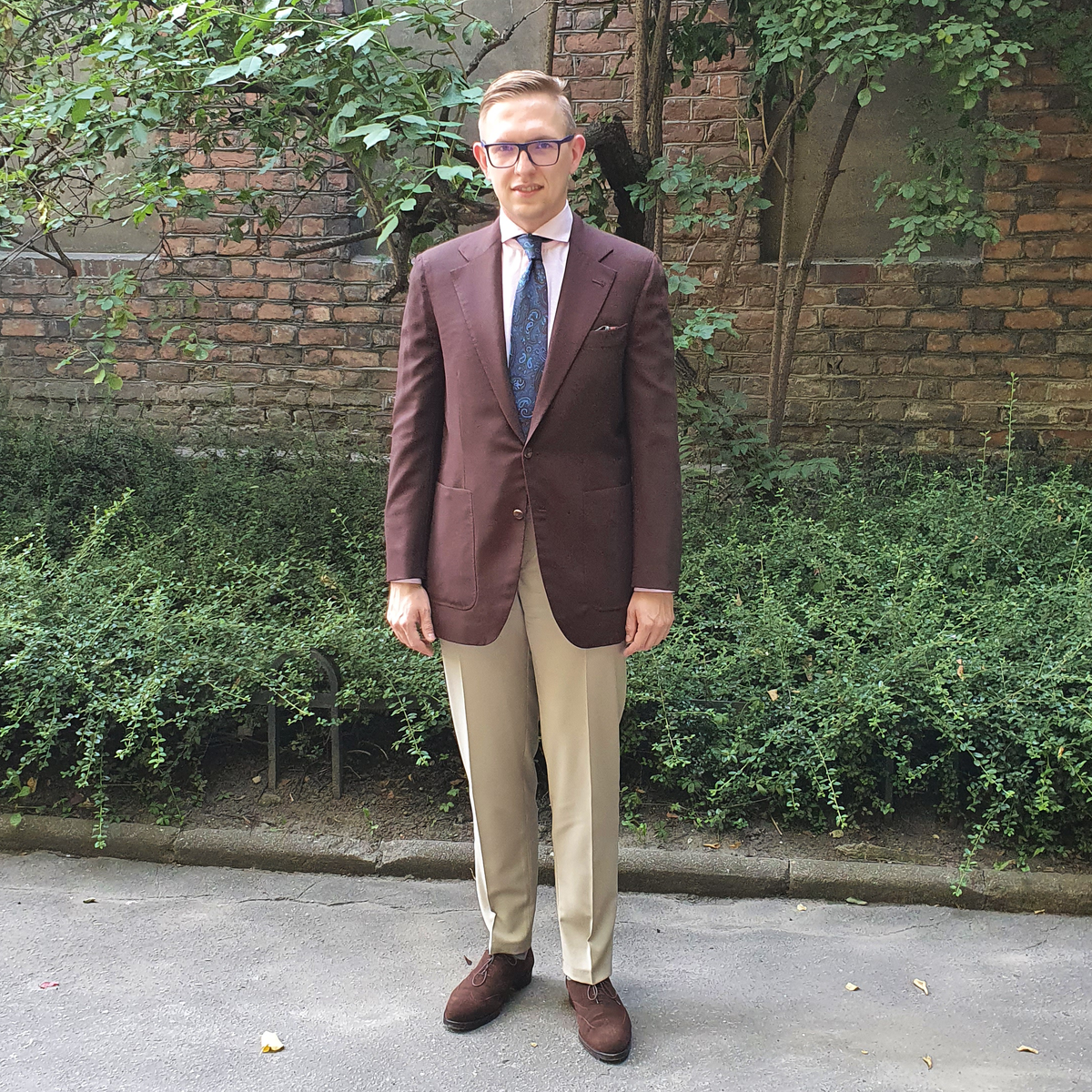 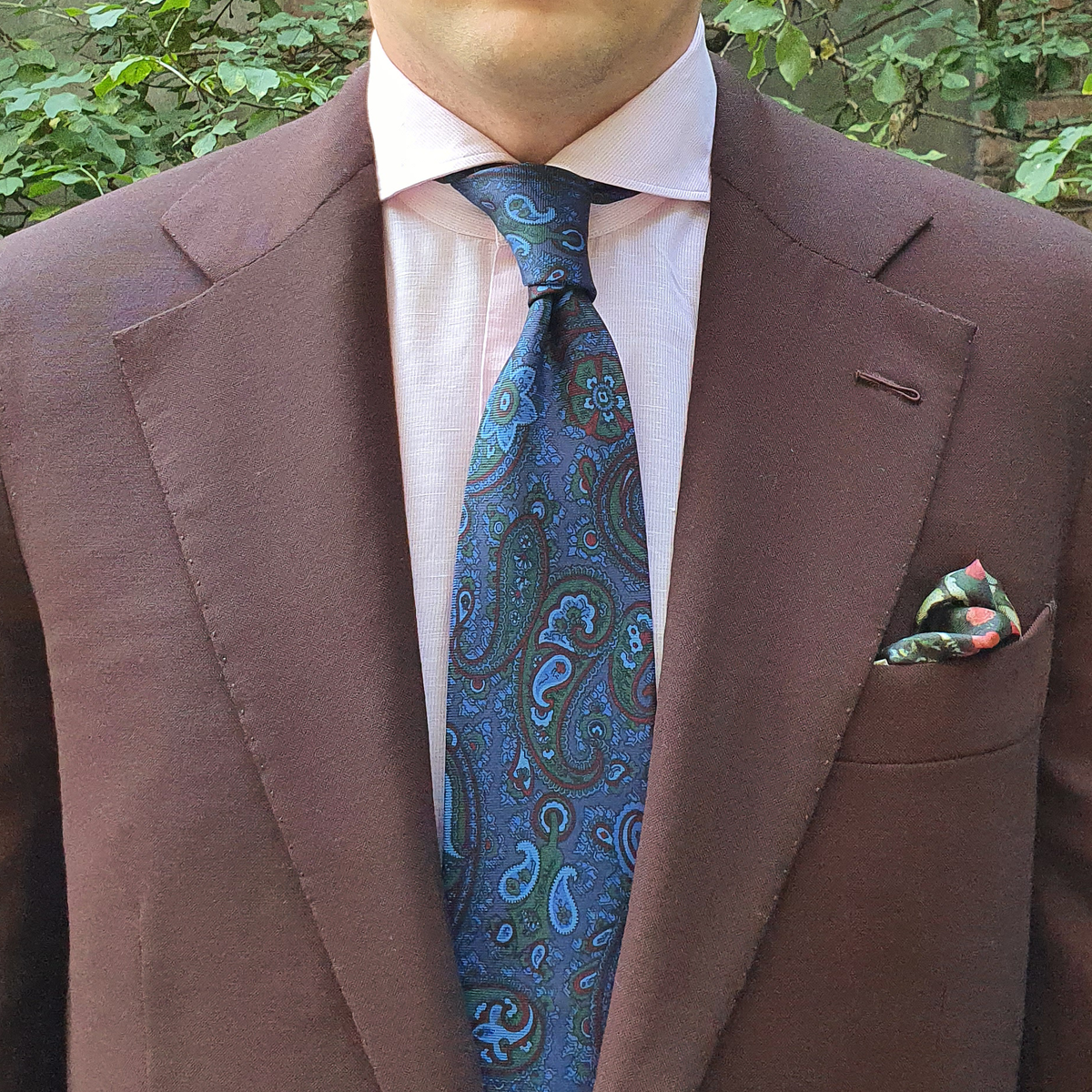 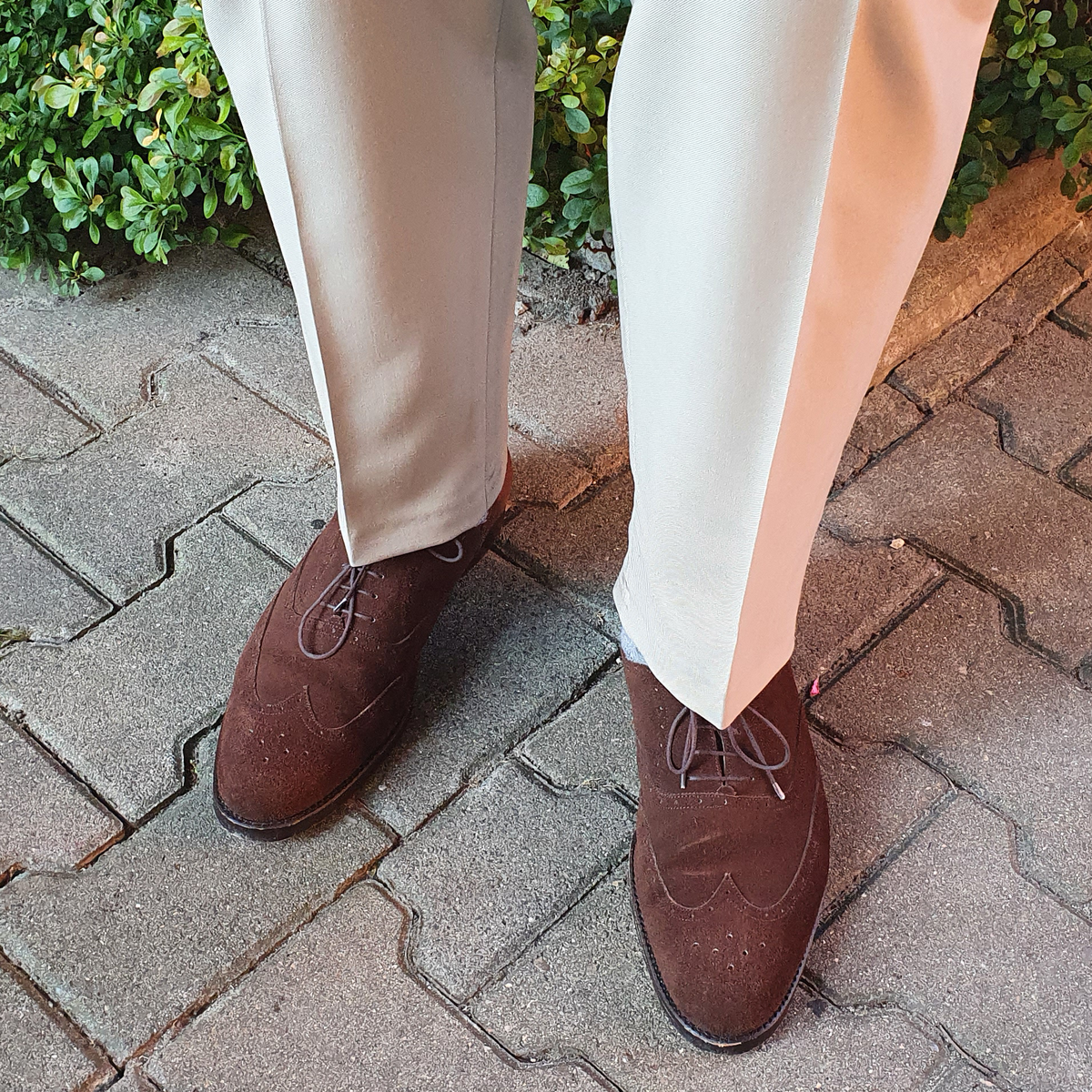 upr_crust said:
I had occasion yesterday afternoon to pick up two suits that I had taken to my alterations tailor. The suits, both Brooks Brothers MTM suits, made by Martin Greenfield eight and ten years ago, respectively, were made to the traditional Golden Fleece model, which, after several years of Paul Stuart/Phineas Cole, was a bit too full-cut for my tastes. I had last had the suits altered during a period of weight gain, about a year ago, and my tailor had let out the sides a bit for me. This time, he took the suit jackets in from the back center seam, and tapered the trousers a bit, going from a 9" diameter opening at the cuff to an 8" opening. The effect is not as dramatic as I expected, but seeing the photos, side by side, the suits look thinner, if perhaps with little change in waist suppression.

I found photos from last year of me wearing the suits, and have posted the "befores" and "afters" below.

Having these alterations done also made me realize that I own no less than four blue double-breasted suits, the two shown below, a solid navy suit from Paul Stuart, and my newest suit, the navy with blue stripes, from New & Lingwood. I obviously have something of a one-track mind.

For today's attire, since, after the start of calendrical autumn here in NYC, we have to have a spate of summer weather. I've opted for linen and linen blends, and something more casual than a suit.

Suits - Before and After:

Upr_ you mentioned two different ways of altering a jacket, from the side seams or the centre seam. Is there a particular logic / advantage to one or the other? Thank you.
tumblr - http://mrknightleys-stuff.tumblr.com
Instagram - www.instagram.com/mr_johnknightley/​

* jacket by Andells
* shirt from Suitsupply
* tie from Embassy of Elegance
* ps from Poszetka
* Benevento trousers
* Vass
Click to expand...

Very nice and clean look,
I know quite a lot of stuff, but should be more careful in pointing out to people that they are wrong and/or stupid.

Mr Knightley said:
Upr_ you mentioned two different ways of altering a jacket, from the side seams or the centre seam. Is there a particular logic / advantage to one or the other? Thank you.
Click to expand...

I believe the difference is that, when altering a jacket from the center seam, the tailor is reducing the overall circumference of the jacket, including the chest size, whereas alterations done at the side seams are adjustments of the waist size without affecting the chest. I do know that my tailor started pinning the back of the jacket from the back of the collar on downwards, yanking the jacket up by the collar, which had a rather comical aspect to it, watching it in the mirror.
Distinguished is what one becomes when one is too old to be "hot".
D

A new Challenge is up !

Long time since the last Friday Challenge... I recently discovered some exquisite illustrations from the Japanese "American Trad handbook"... ...And i thought that it would be a great Challenge to try to reenact them. Here are the illustrations : The rules are...
www.styleforum.net
D 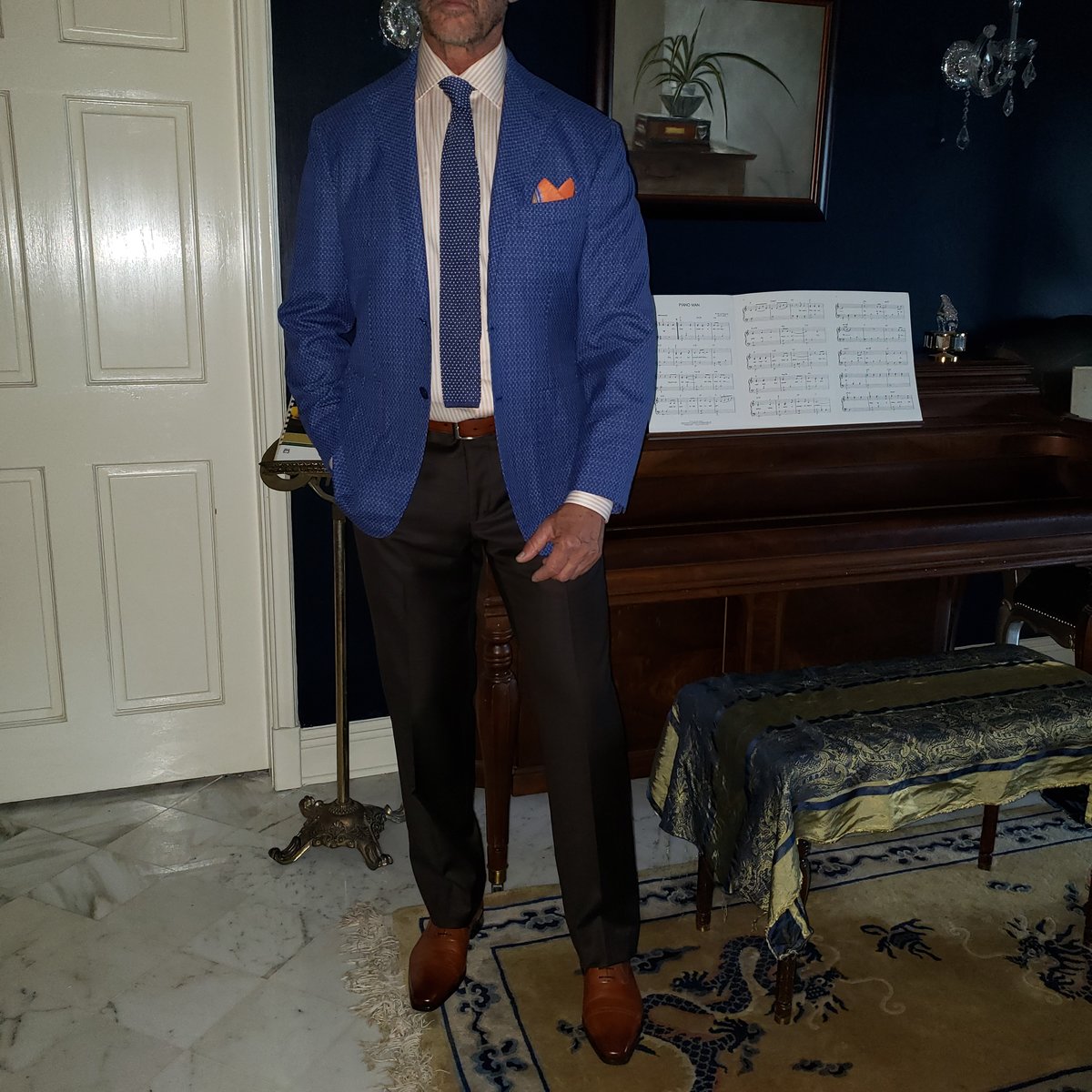 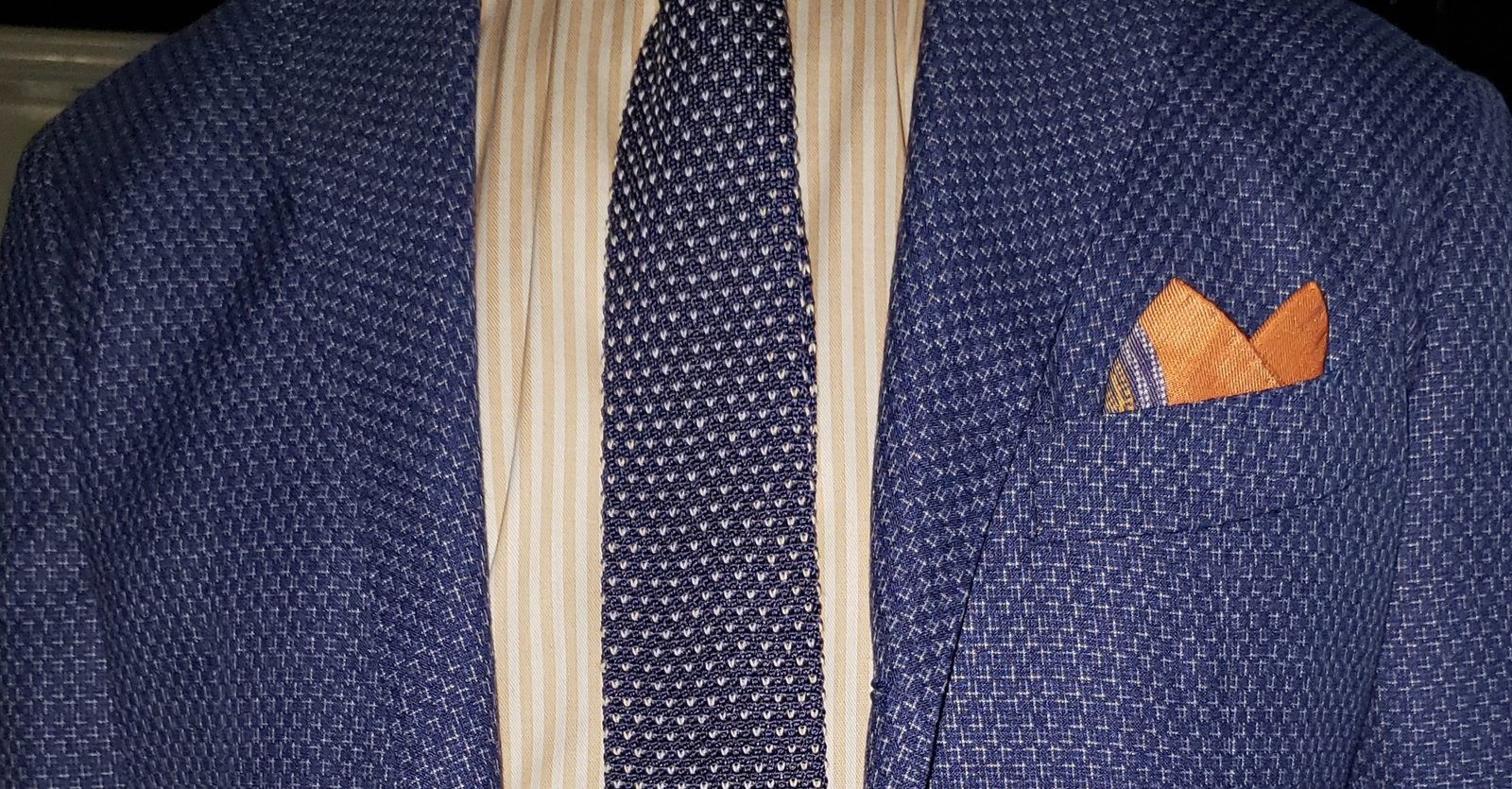 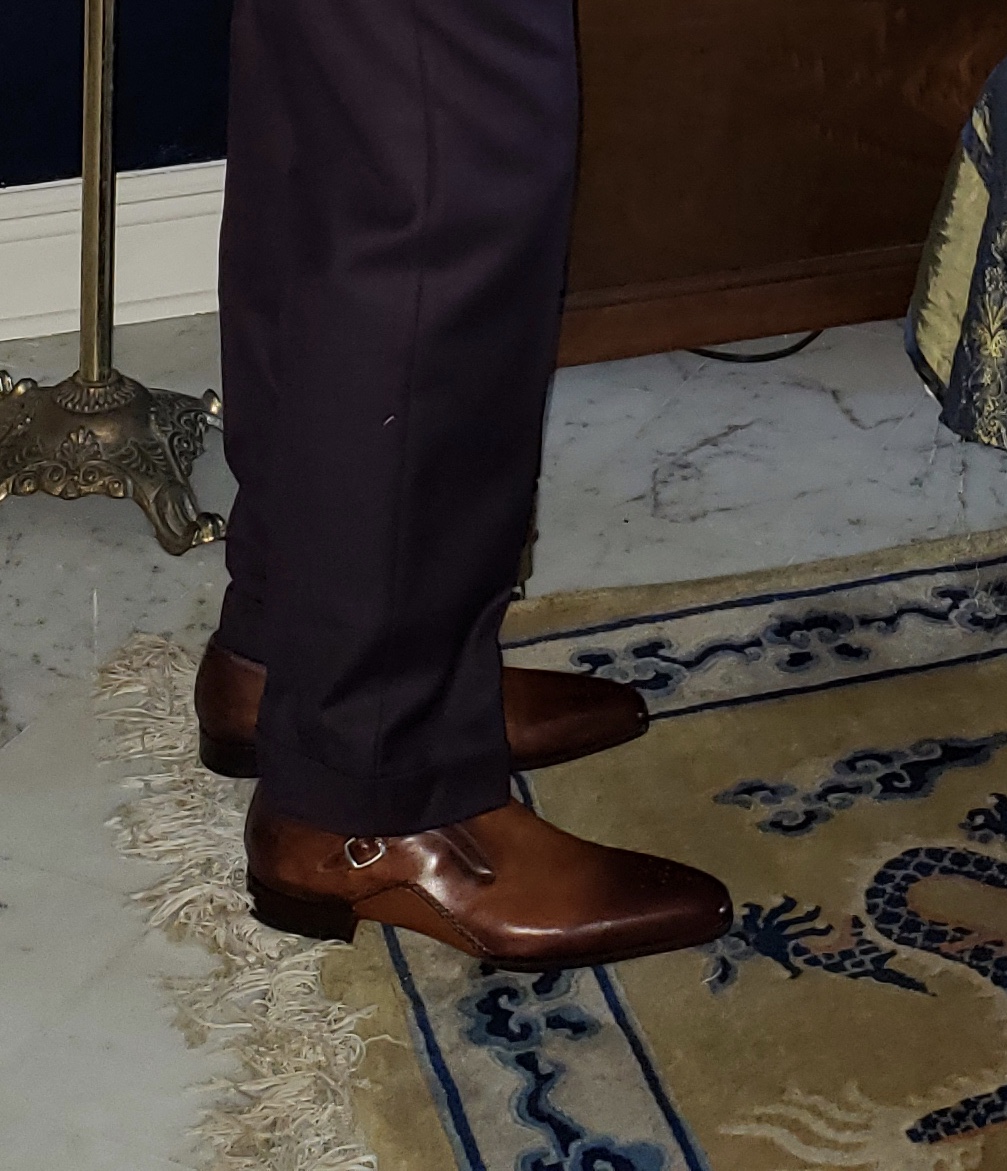 I beg of you, please reconsider your choice of shirt and substitute a white one for the black. And for good measure, lose the black handkerchief as well.
D

loarbmhs said:
I beg of you, please reconsider your choice of shirt and substitute a white one for the black. And for good measure, lose the black handkerchief as well.
Click to expand...

I like the black shirt. I also like it with a white shirt but a bit boring. The PS is black grey and blue like the ensemble.
My Galaxy s9+ pics aren't that great, I know. I'm far from a pro both in pics and in dress.

Flannel chalk stripe and pink tie. Wearing a half Windsor knot for the first time in a long time. 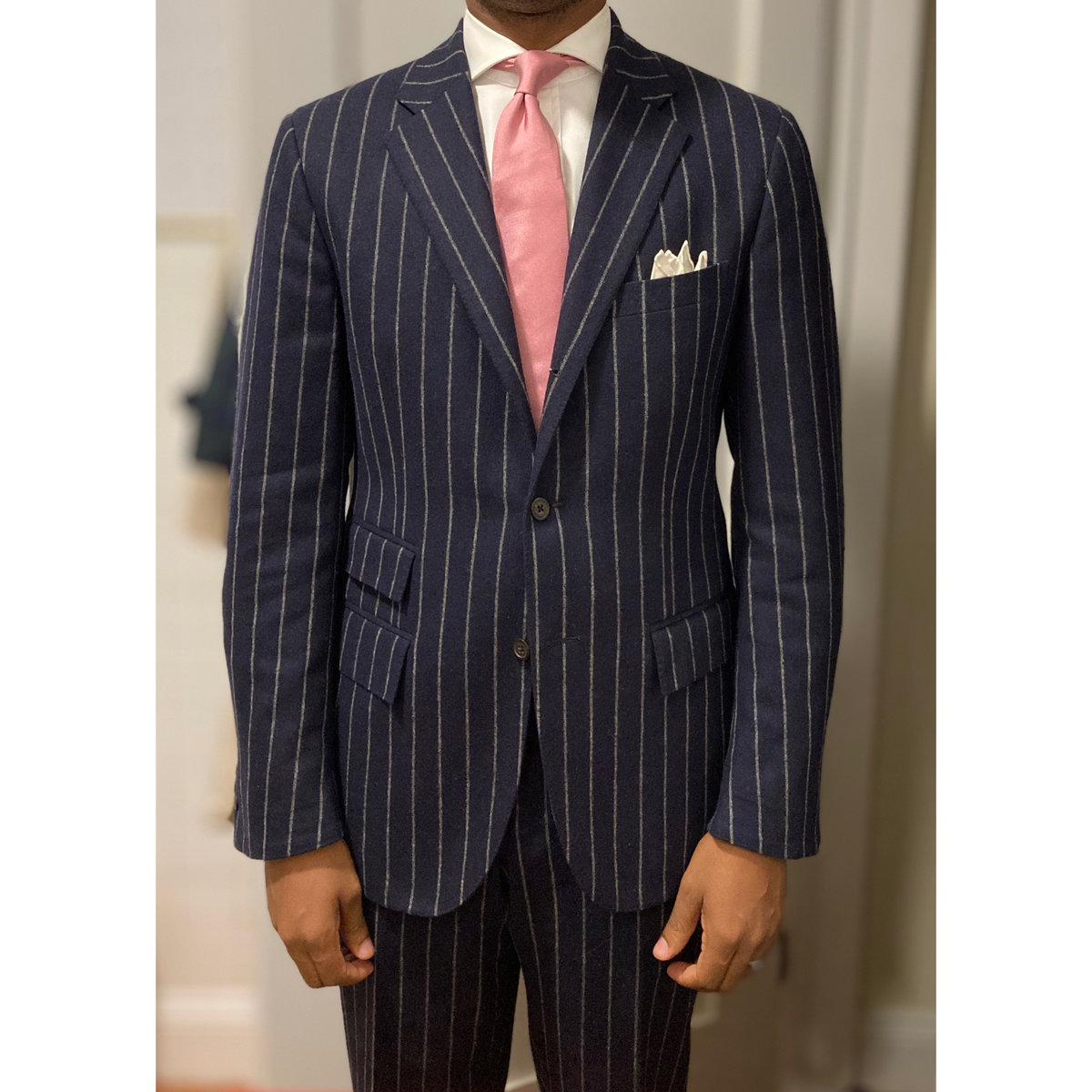 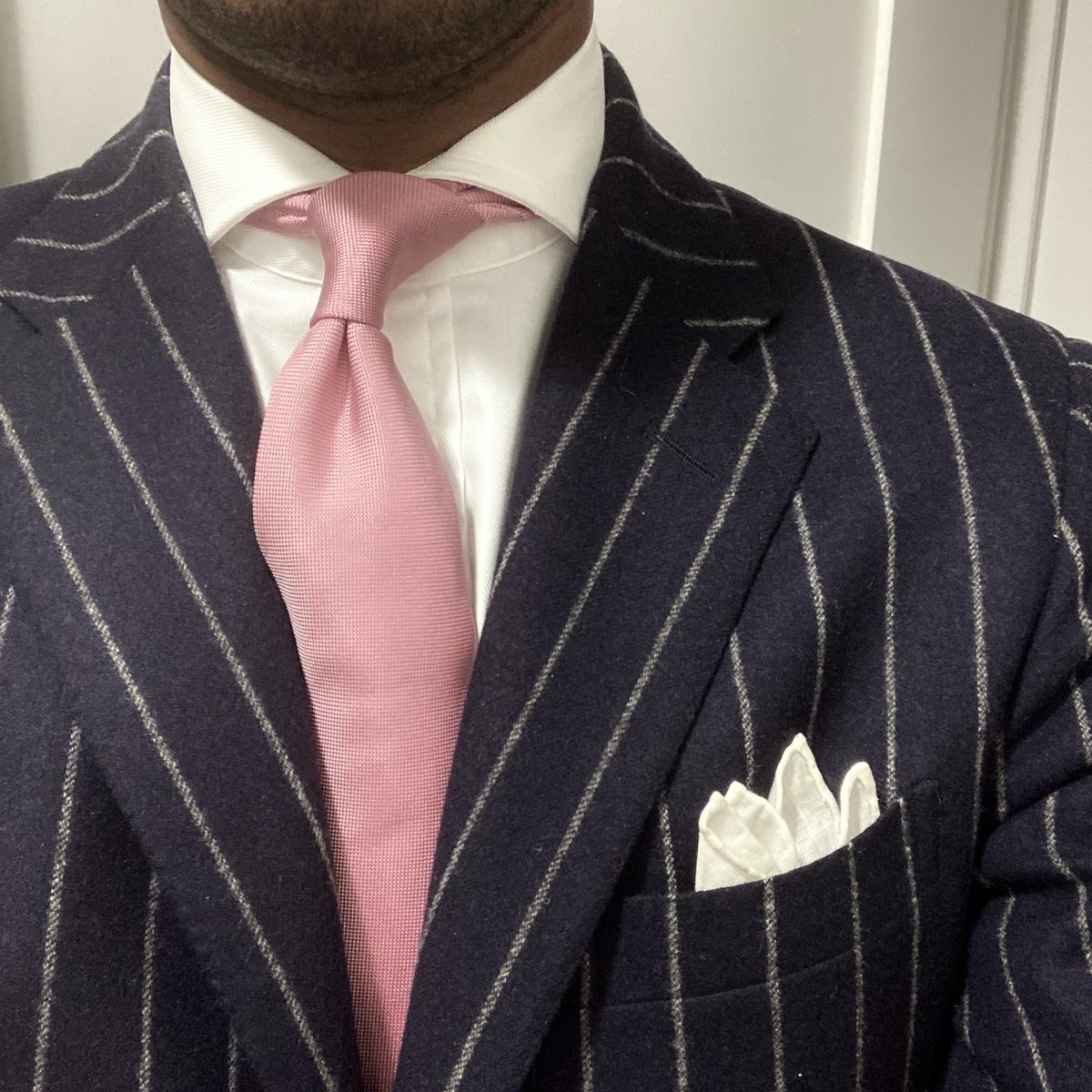 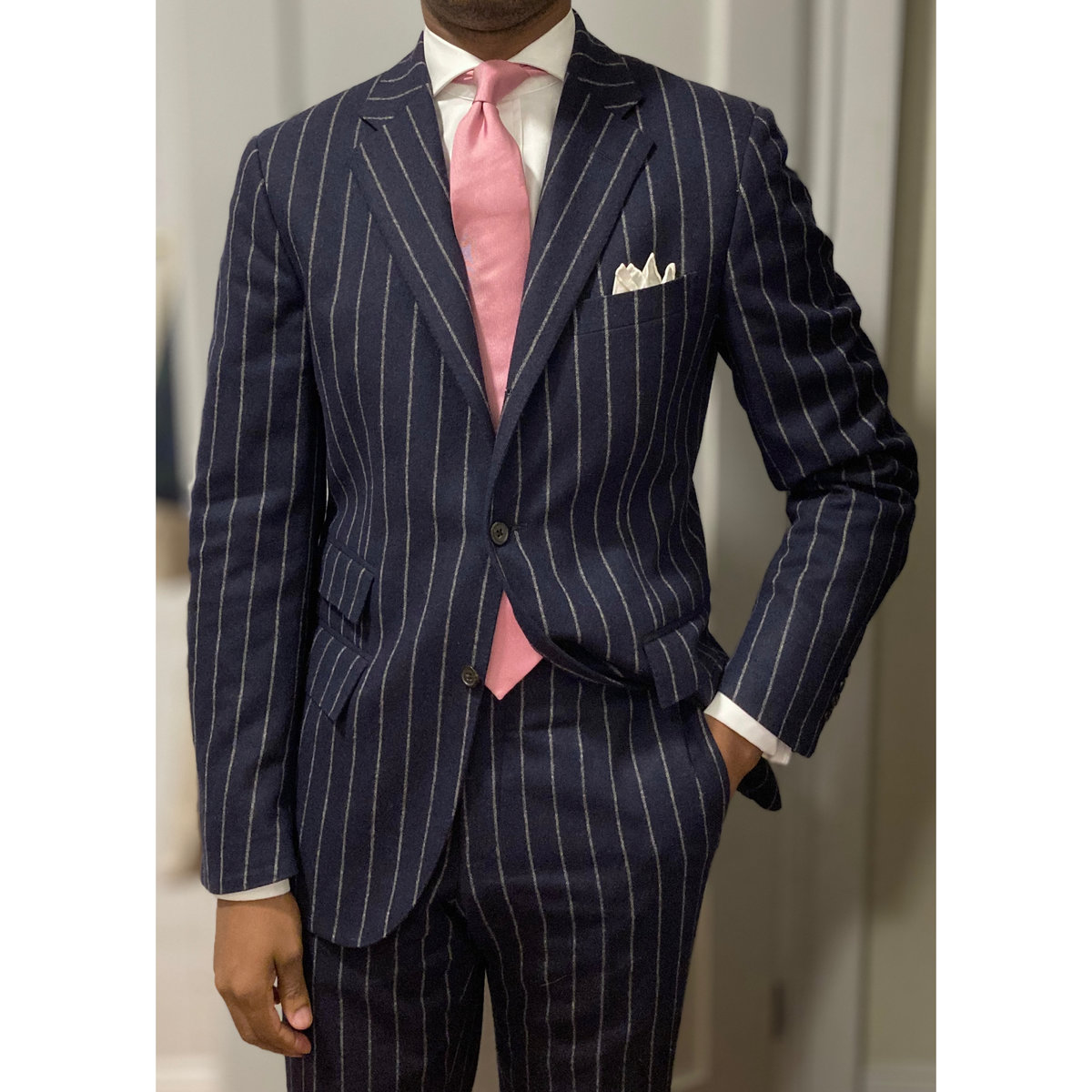 Hiked up a mountain(San Miguel) earlier with my niece and the dogs, now we're gonna go get that food! 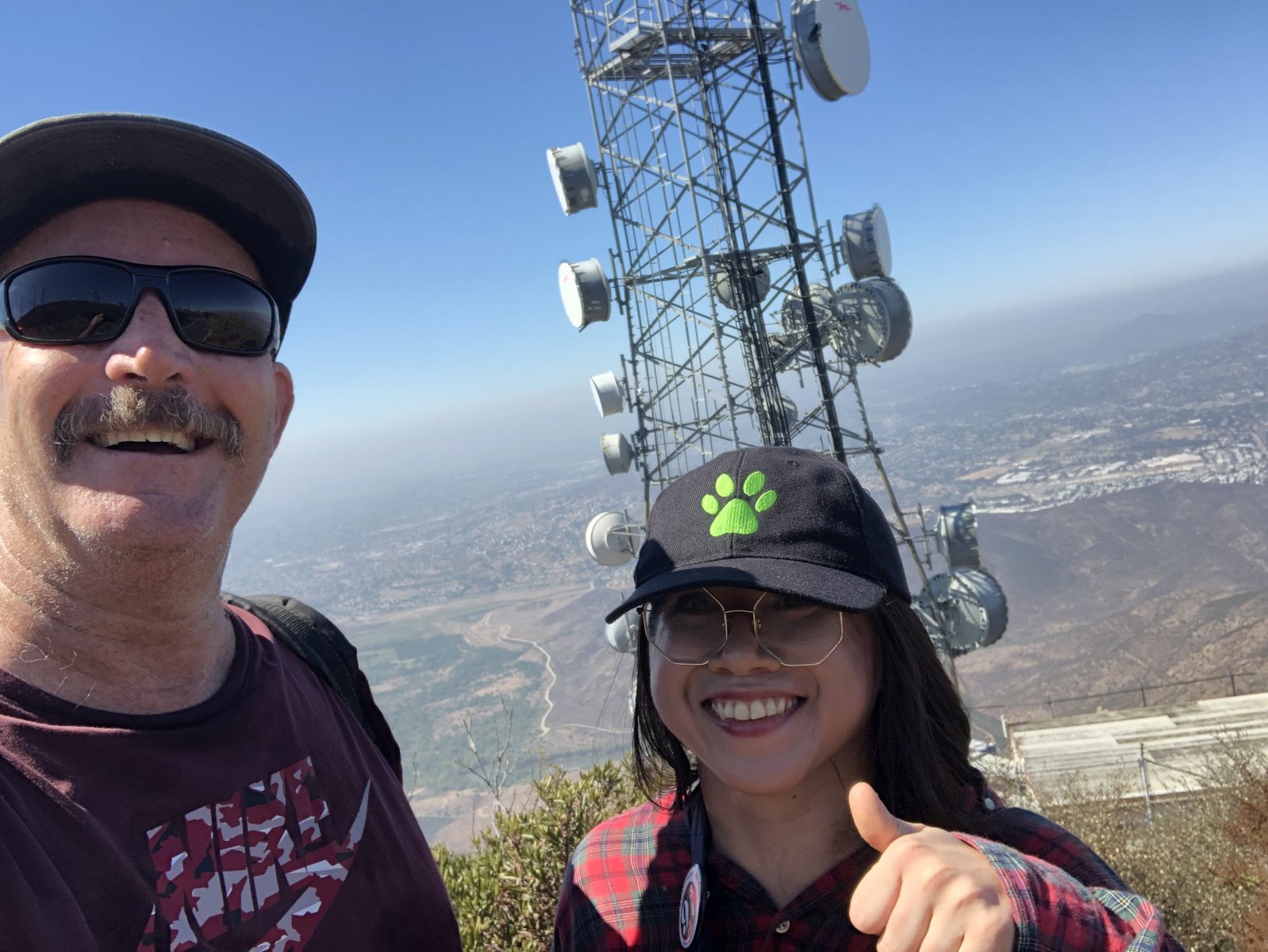 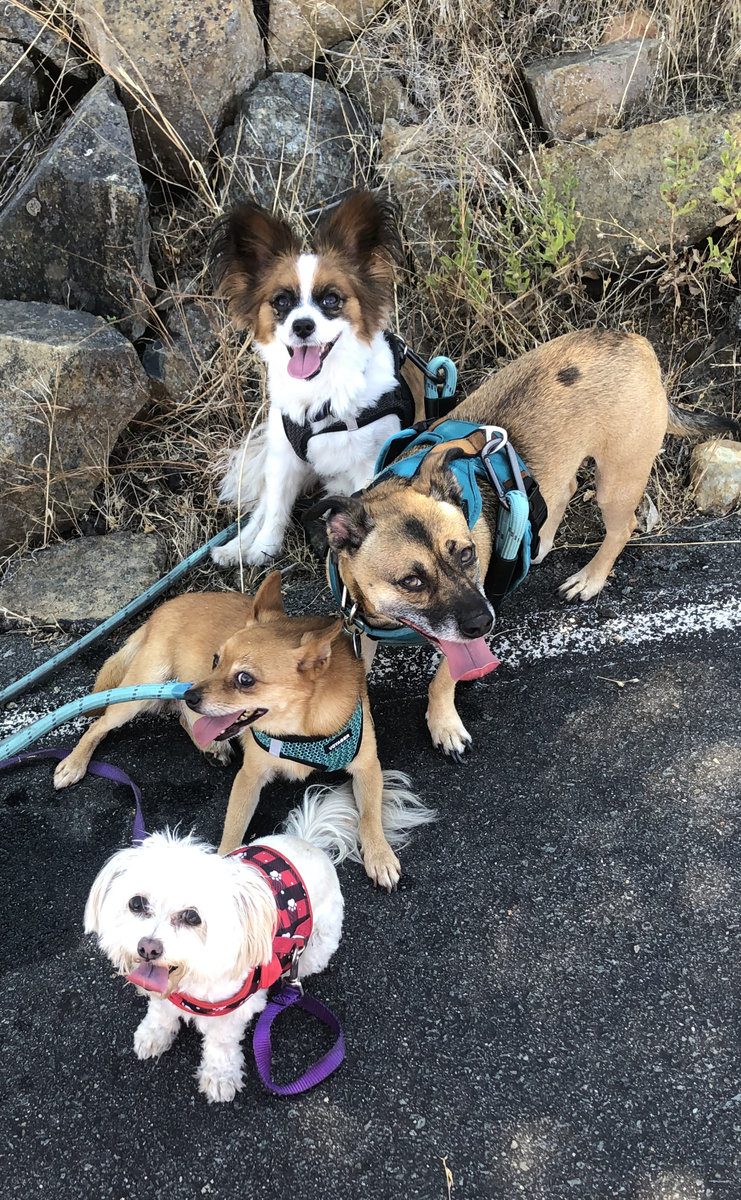 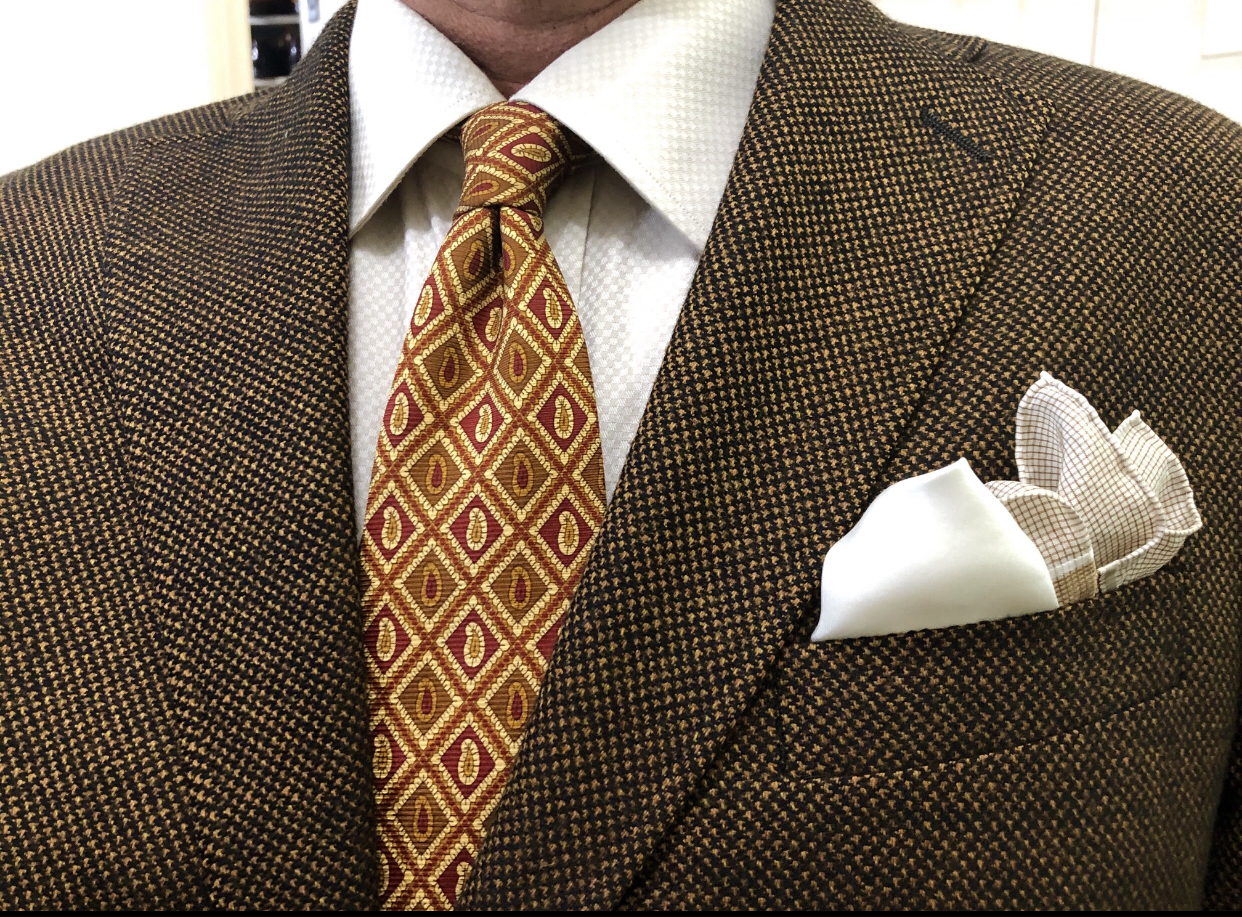 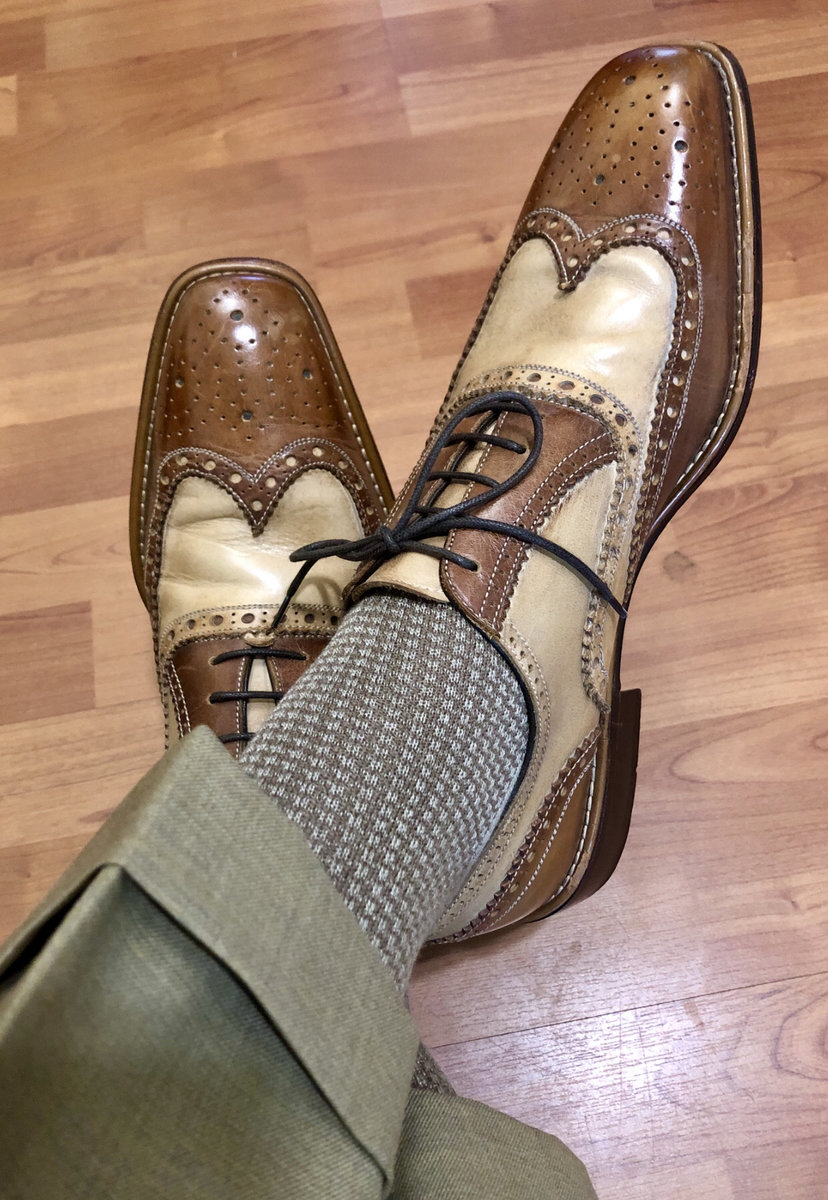 An Acute Style said:
Flannel chalk stripe and pink tie. Wearing a half Windsor knot for the first time in a long time.

A rare sighting - the stripes suit you well.

If you don't like the half-Windsor (which I don't much either), a good alternative is the Old Bertie.
With due expediency... putting on the Regency...

If you don't like the half-Windsor (which I don't much either), a good alternative is the Old Bertie.
Click to expand...

Thanks. I've never heard of an old bertie tie knot. I'll look it up. I don't mind the half windsor when it is tight like the way I tied it. I prefer smaller knots to larger ones.
My Tumblr, Pinterest, Instagram.