Adsky Luck said:
just one clean break is all I ask for )
Click to expand...

I had occasion yesterday afternoon to pick up two suits that I had taken to my alterations tailor. The suits, both Brooks Brothers MTM suits, made by Martin Greenfield eight and ten years ago, respectively, were made to the traditional Golden Fleece model, which, after several years of Paul Stuart/Phineas Cole, was a bit too full-cut for my tastes. I had last had the suits altered during a period of weight gain, about a year ago, and my tailor had let out the sides a bit for me. This time, he took the suit jackets in from the back center seam, and tapered the trousers a bit, going from a 9" diameter opening at the cuff to an 8" opening. The effect is not as dramatic as I expected, but seeing the photos, side by side, the suits look thinner, if perhaps with little change in waist suppression.

I found photos from last year of me wearing the suits, and have posted the "befores" and "afters" below.

Having these alterations done also made me realize that I own no less than four blue double-breasted suits, the two shown below, a solid navy suit from Paul Stuart, and my newest suit, the navy with blue stripes, from New & Lingwood. I obviously have something of a one-track mind.

For today's attire, since, after the start of calendrical autumn here in NYC, we have to have a spate of summer weather. I've opted for linen and linen blends, and something more casual than a suit.

Suits - Before and After: 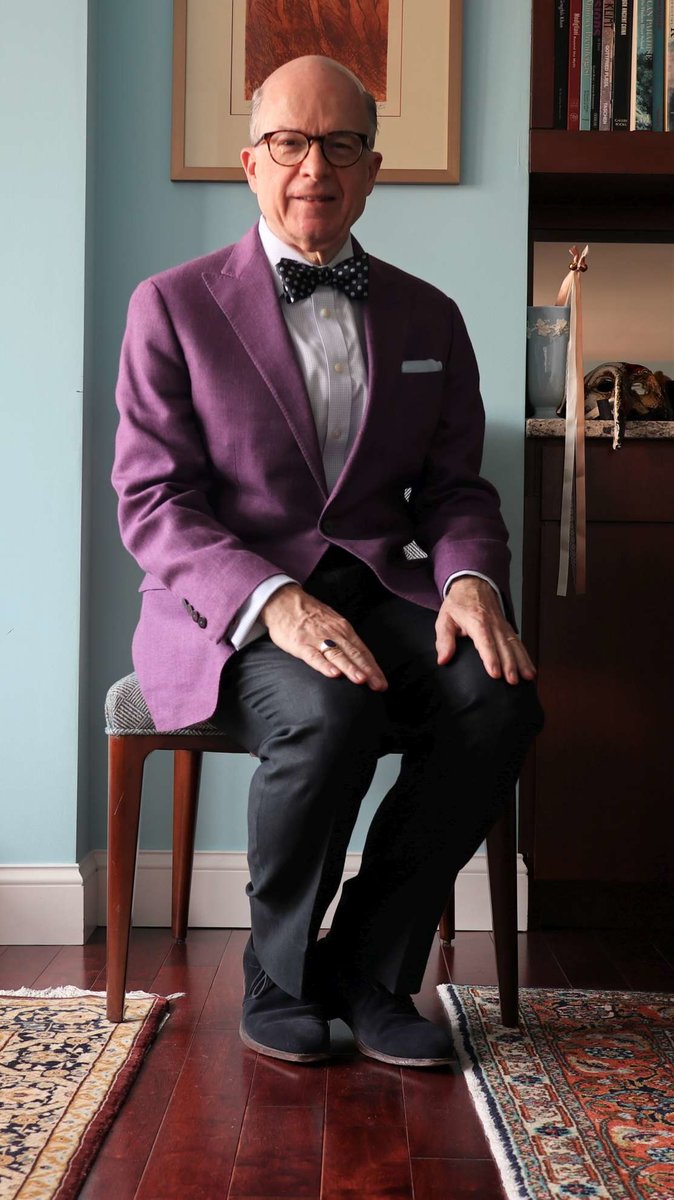 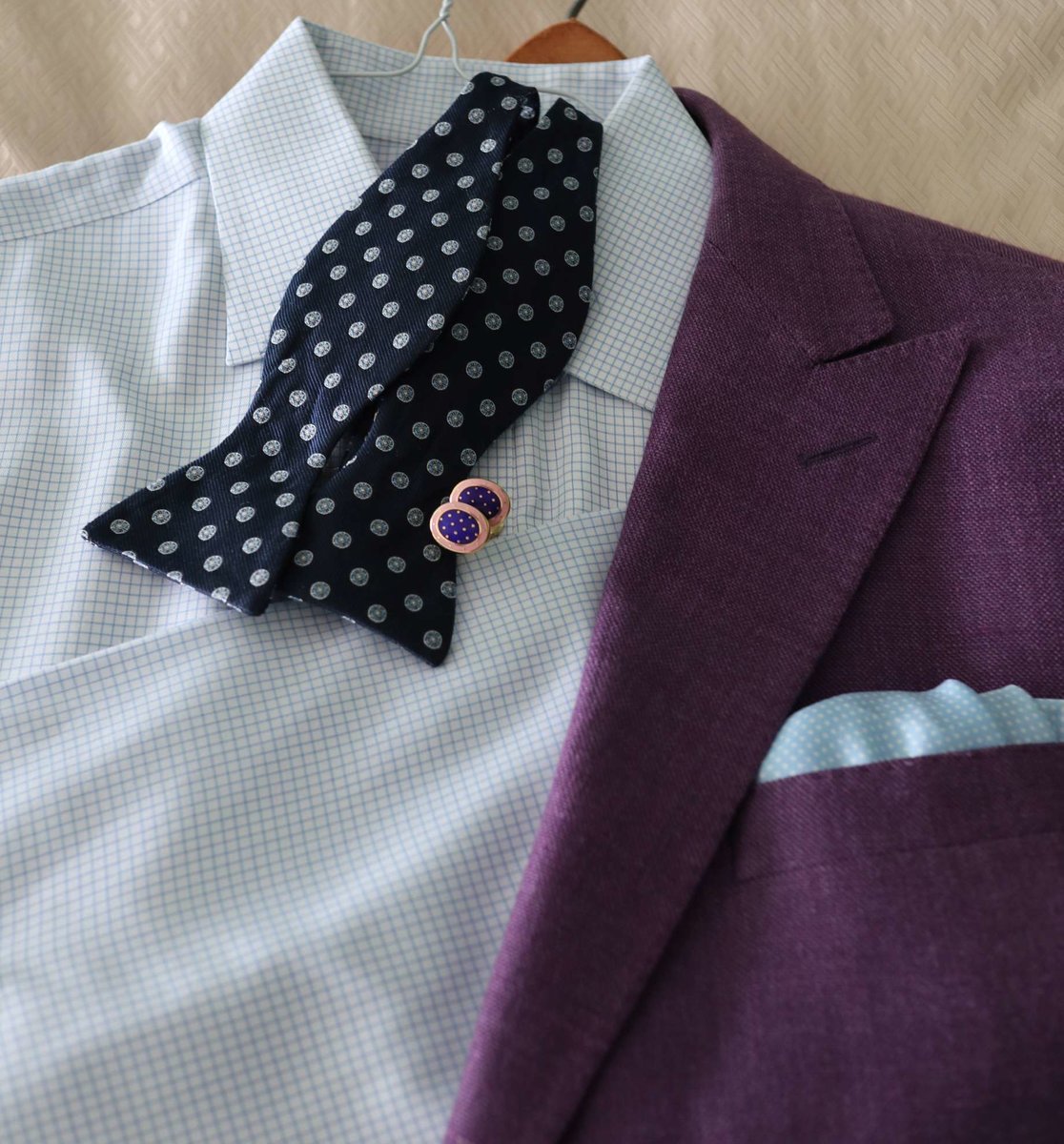 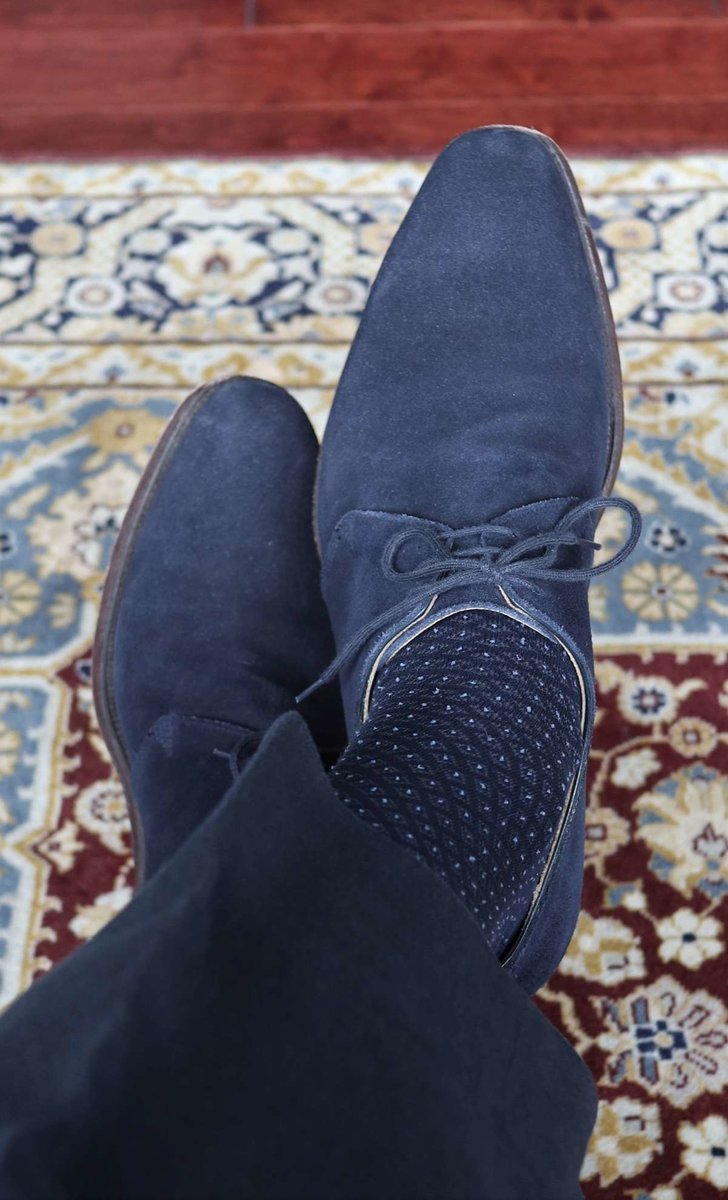 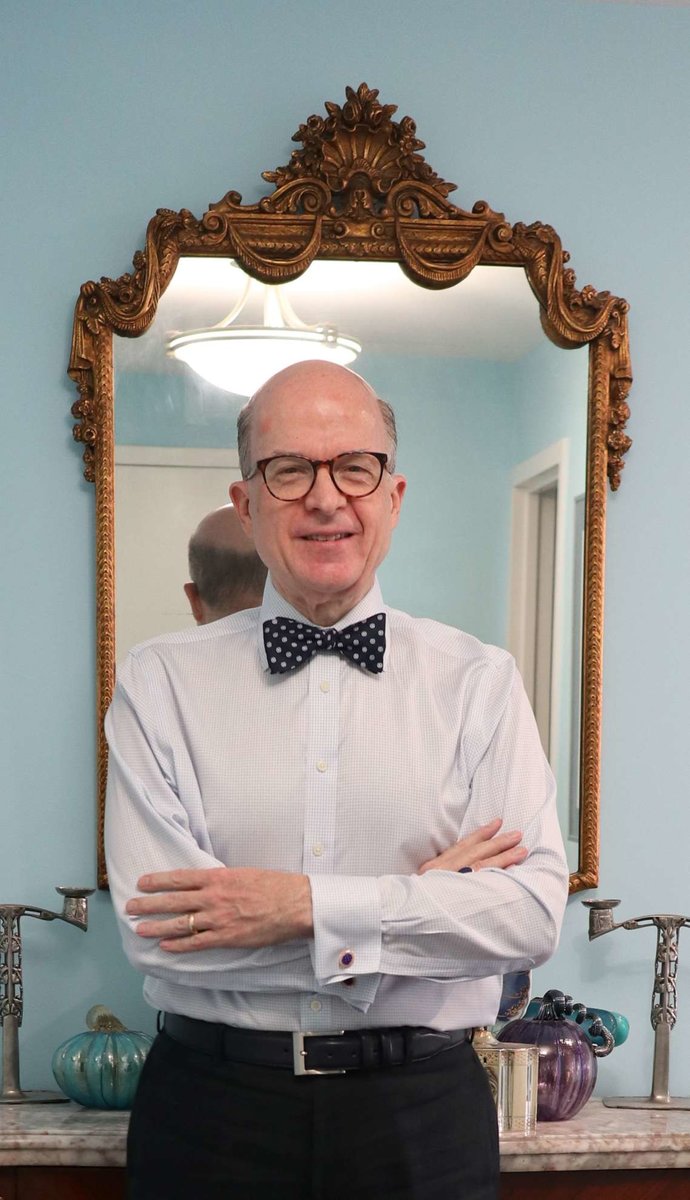 I tried something new and will never do it again. 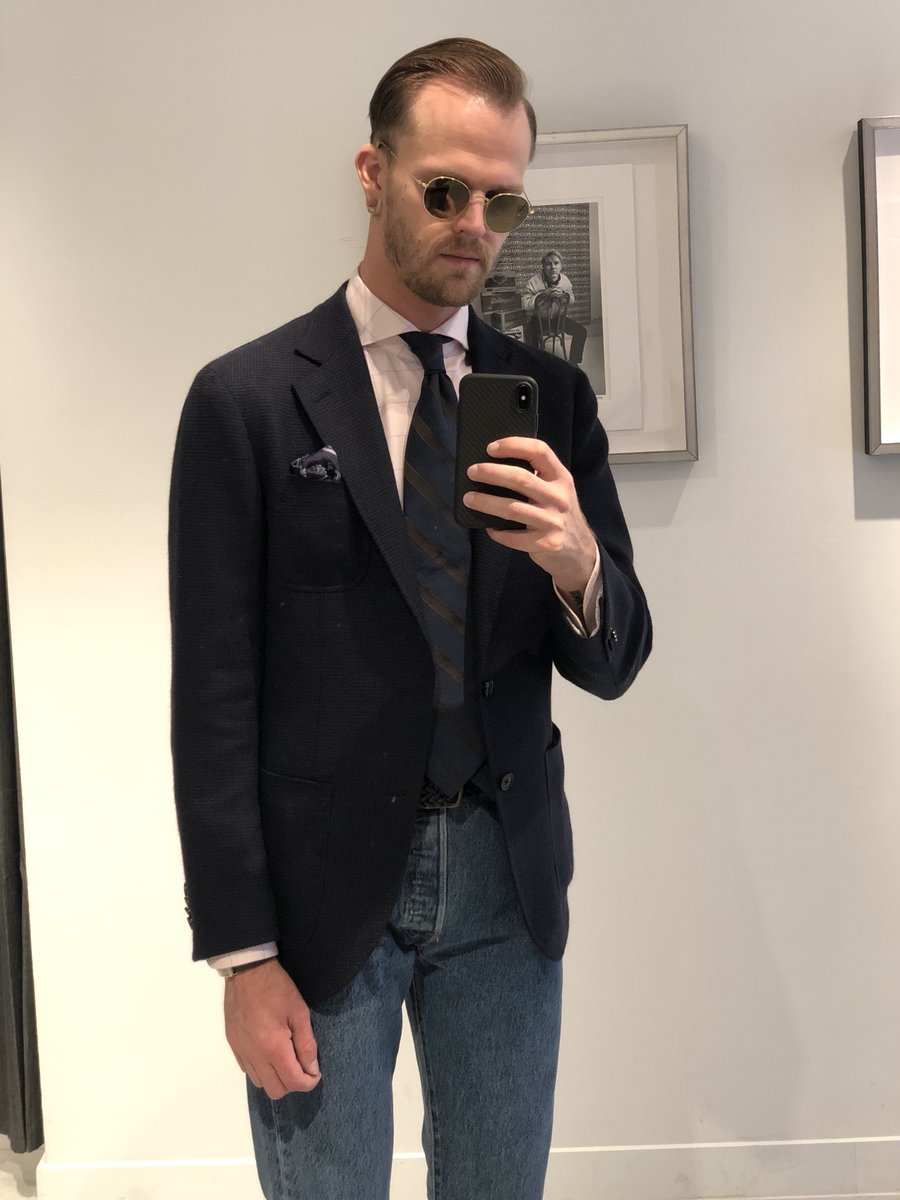 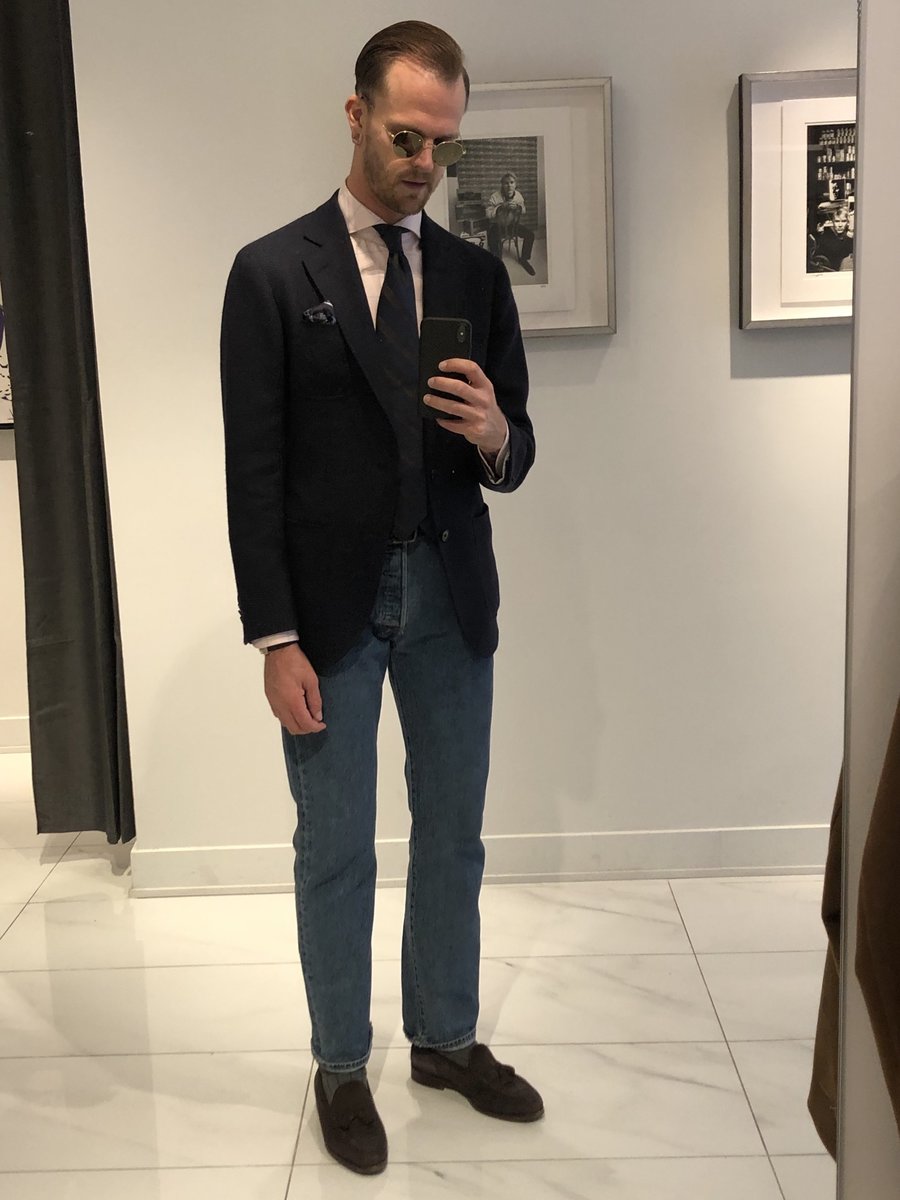 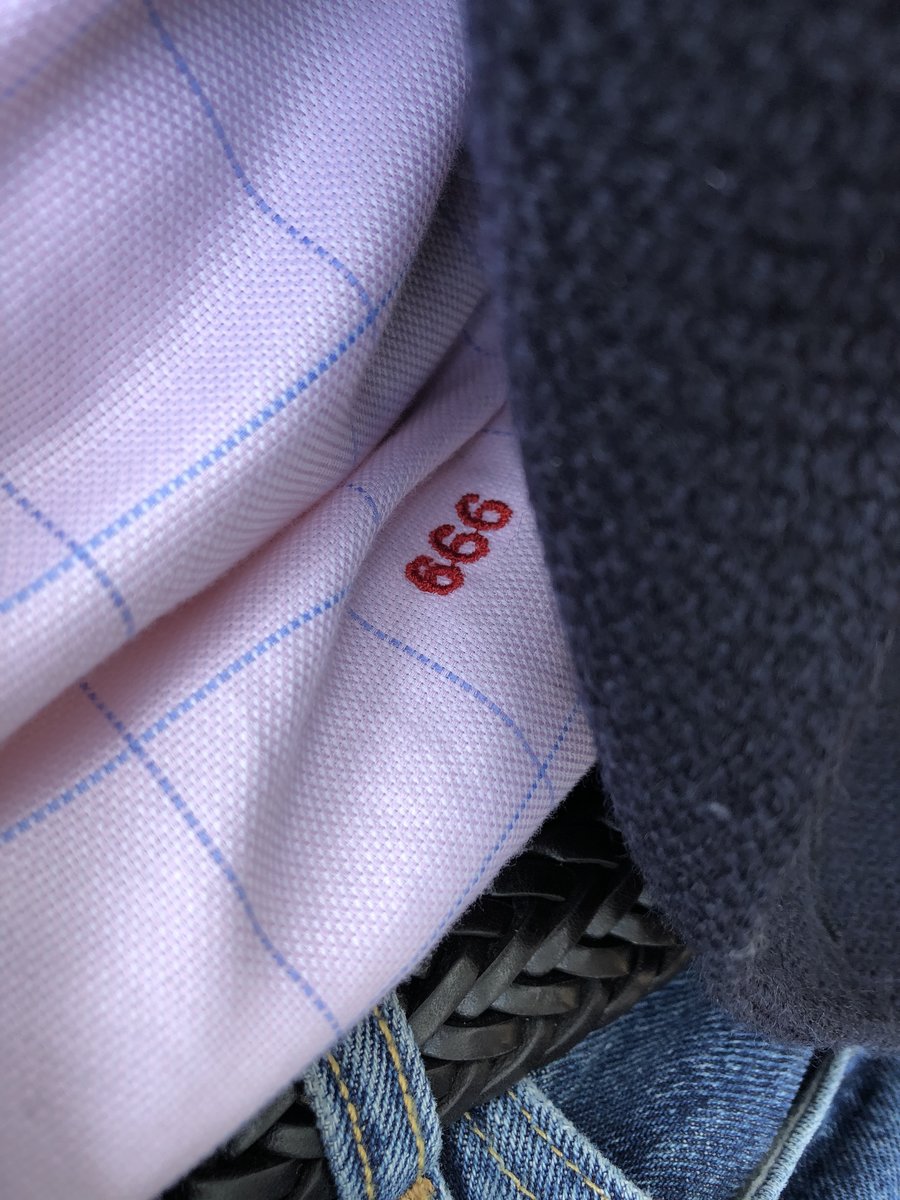 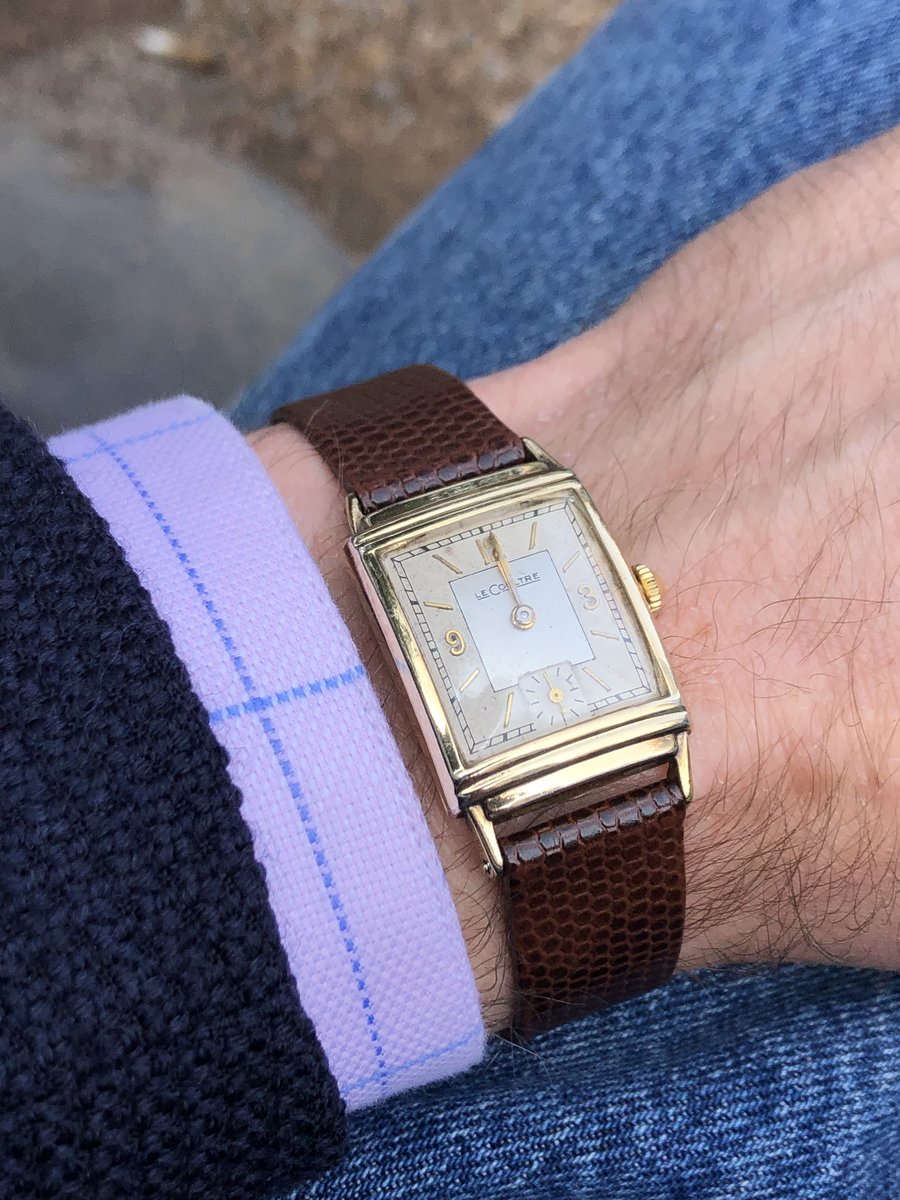 "Fashion is a form of ugliness so intolerable that we have to alter it every six months." - Oscar Wilde 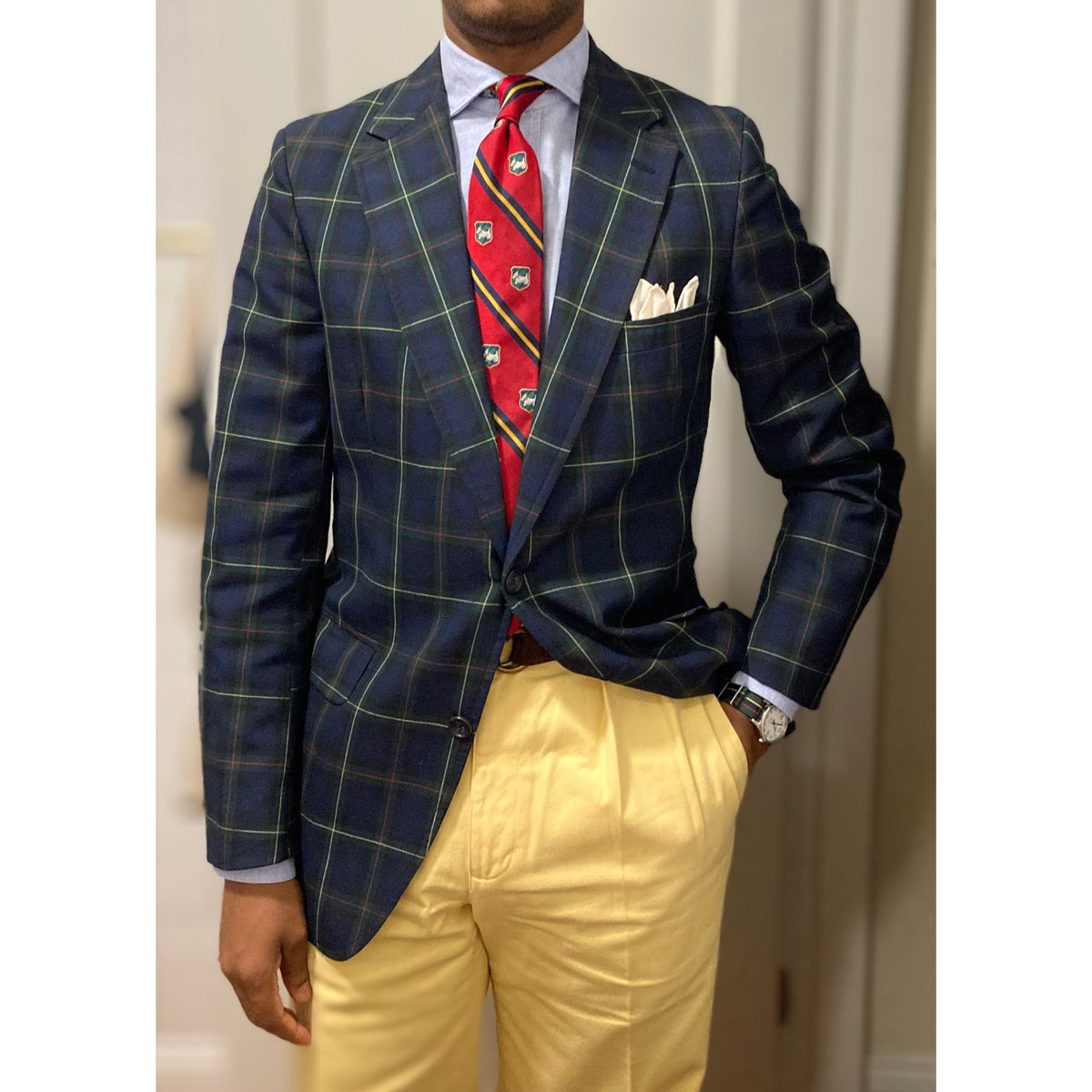 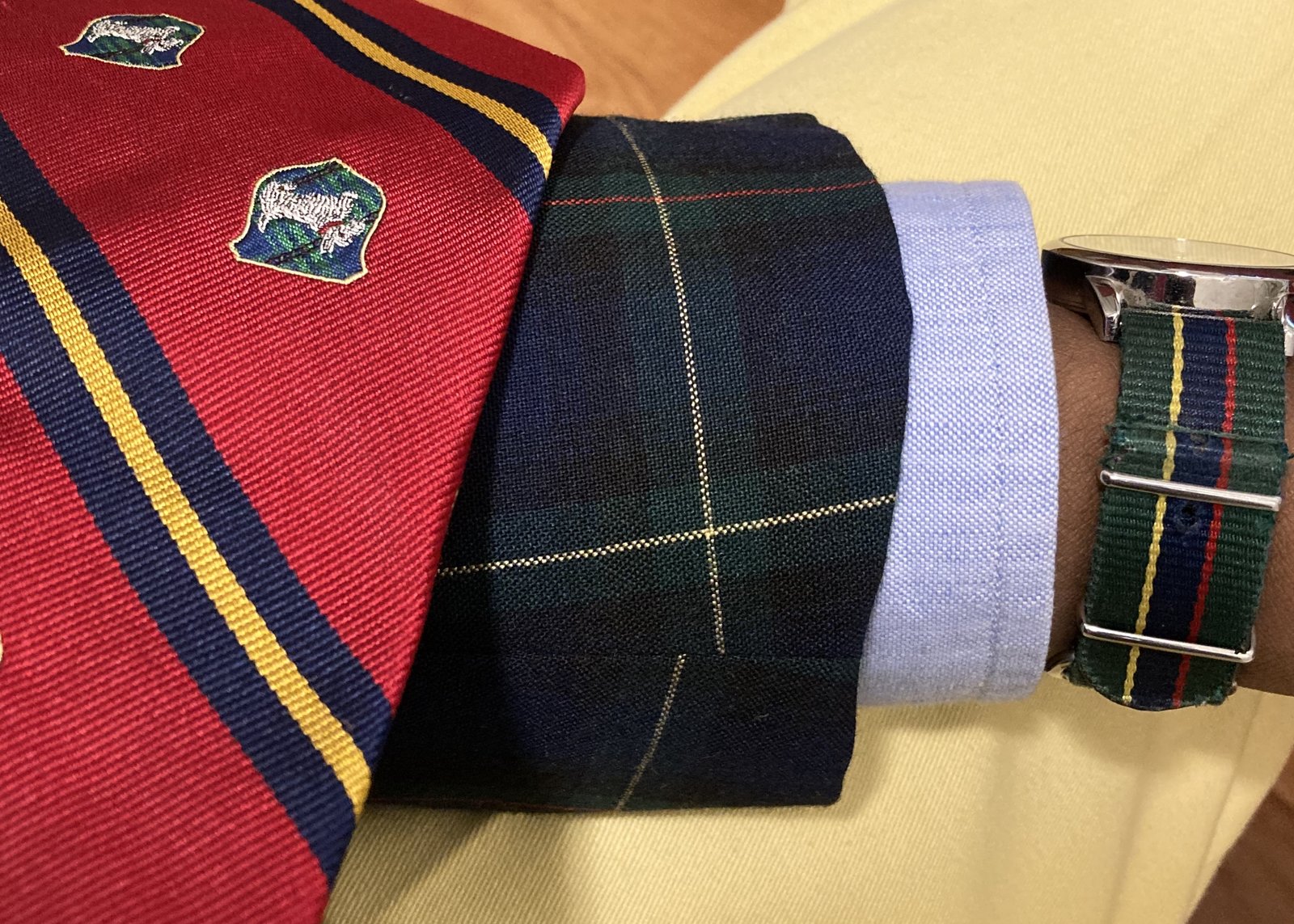 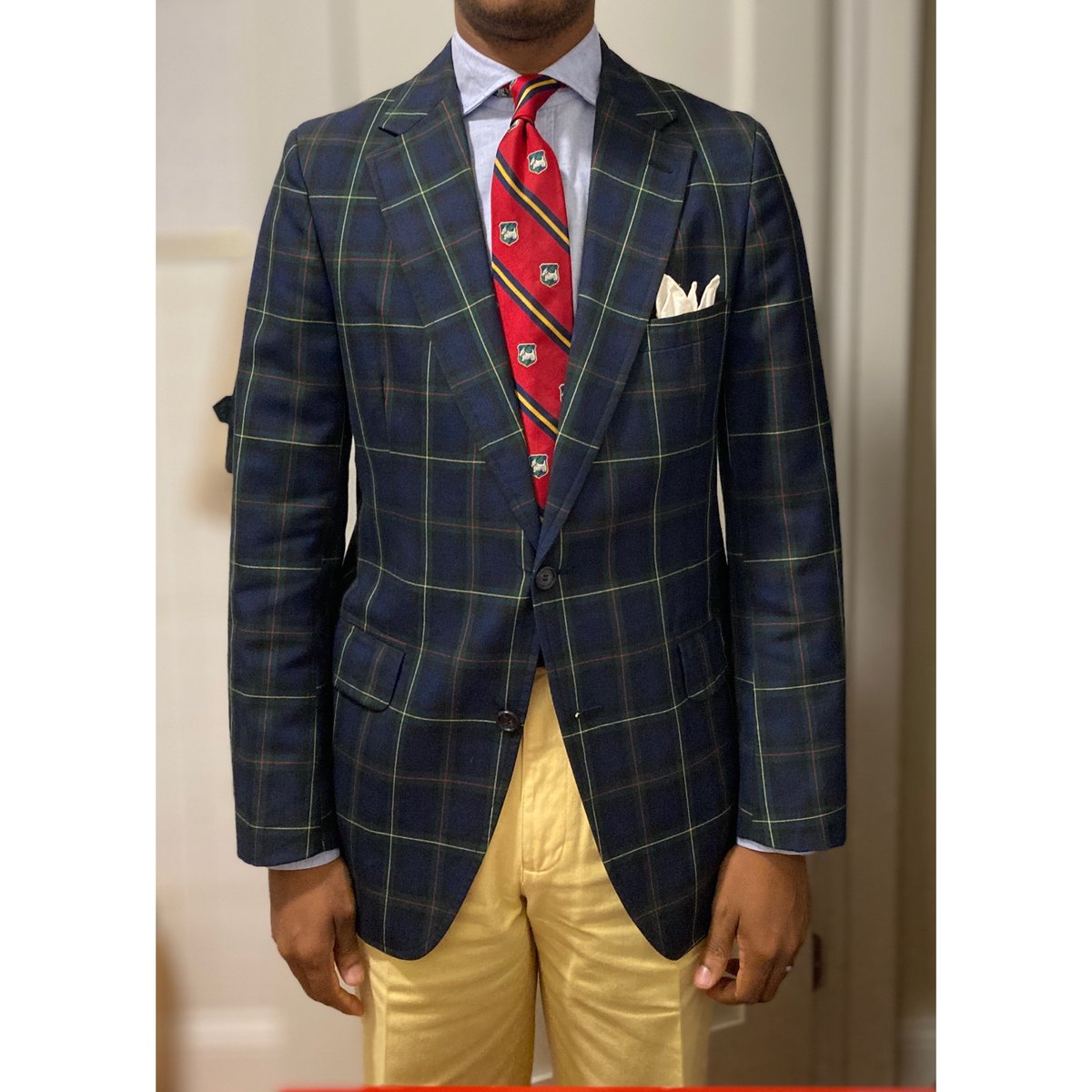 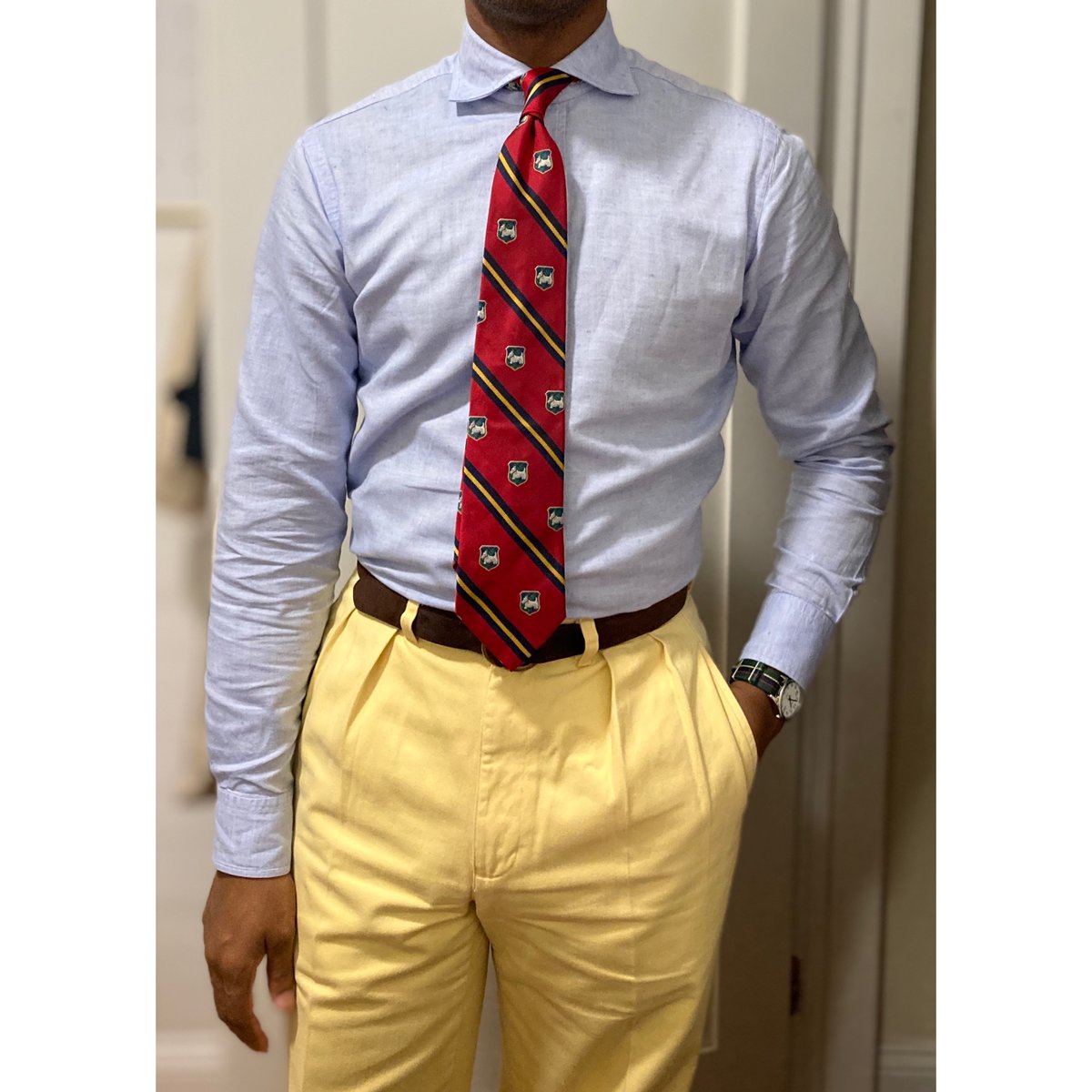 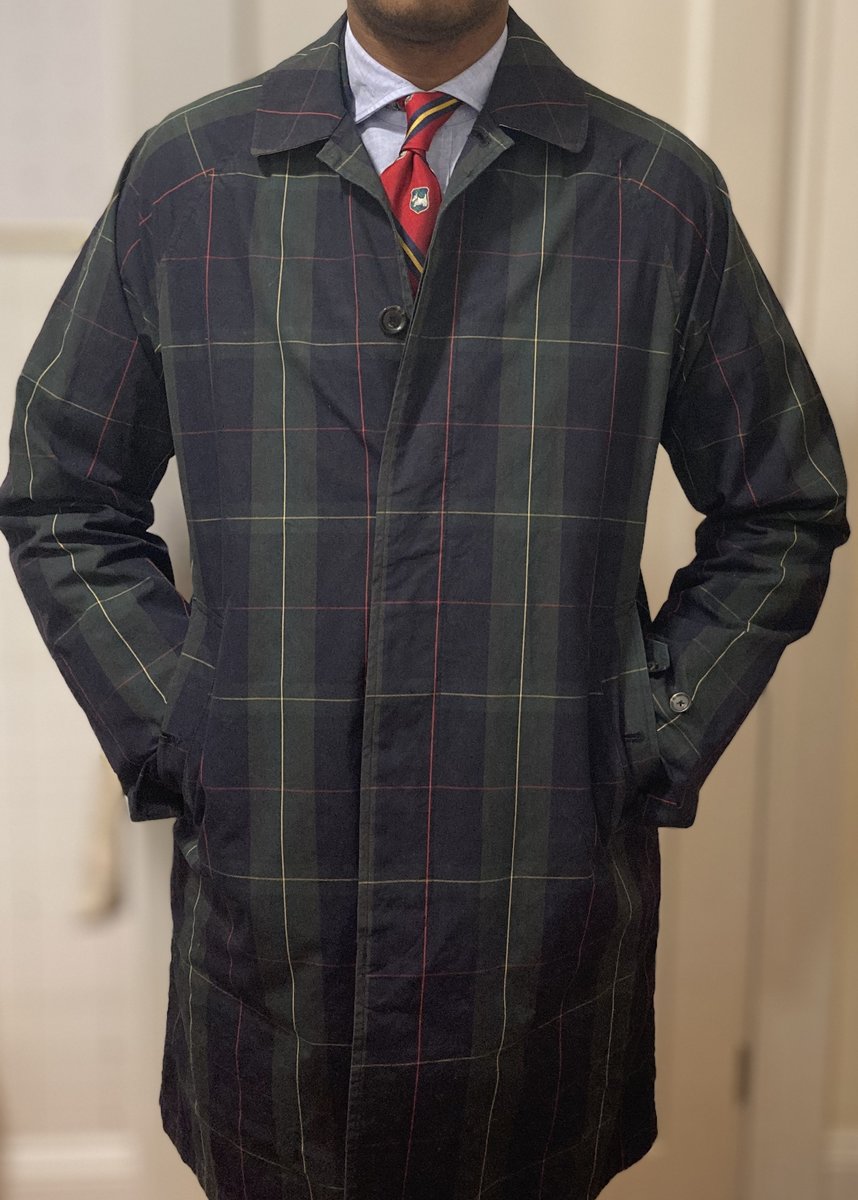 Couple more to get through with summer fabrics : 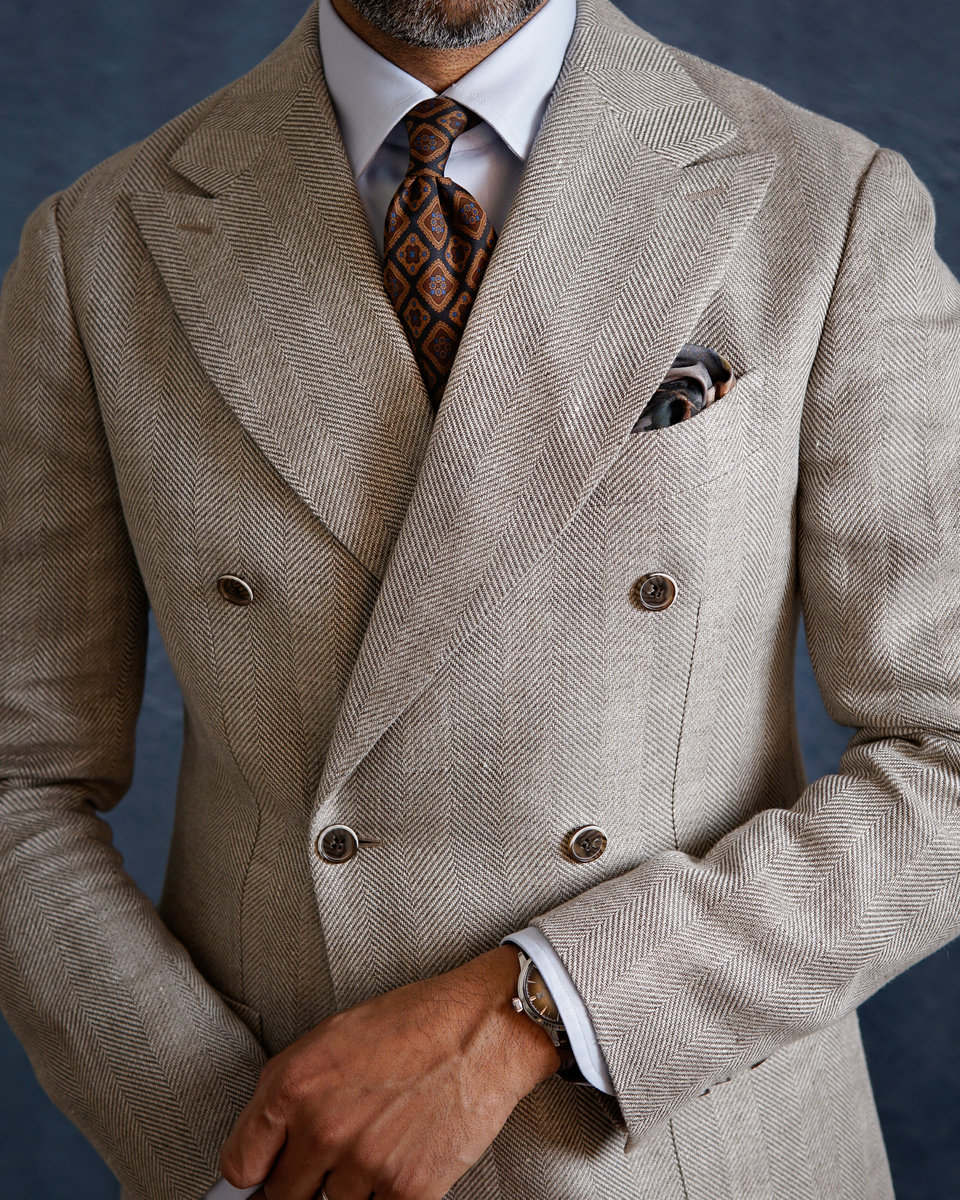 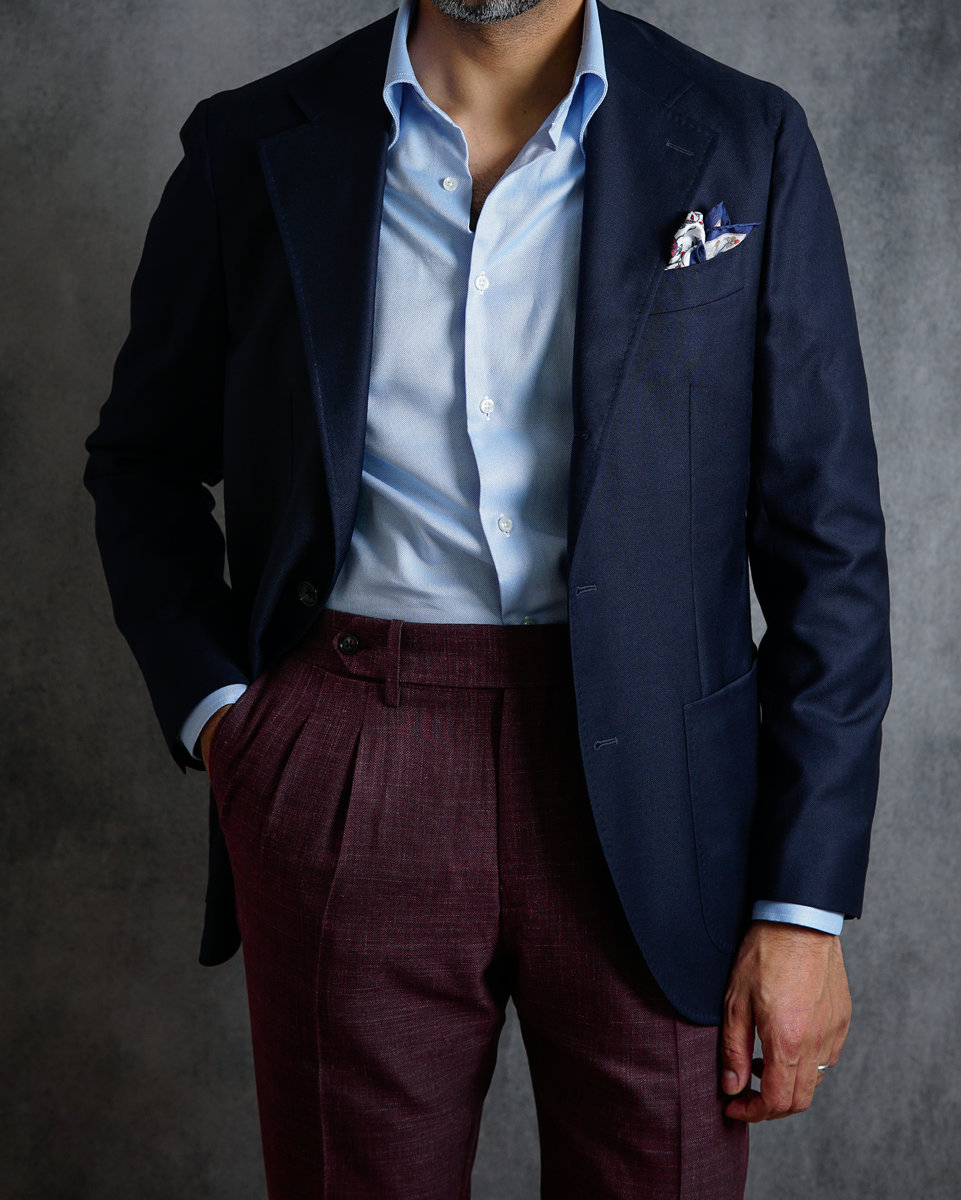 induere_to said:
I tried something new and will never do it again.

You're lucky I like your watch.
With due expediency... putting on the Regency...

Triple FiH, for the haters. 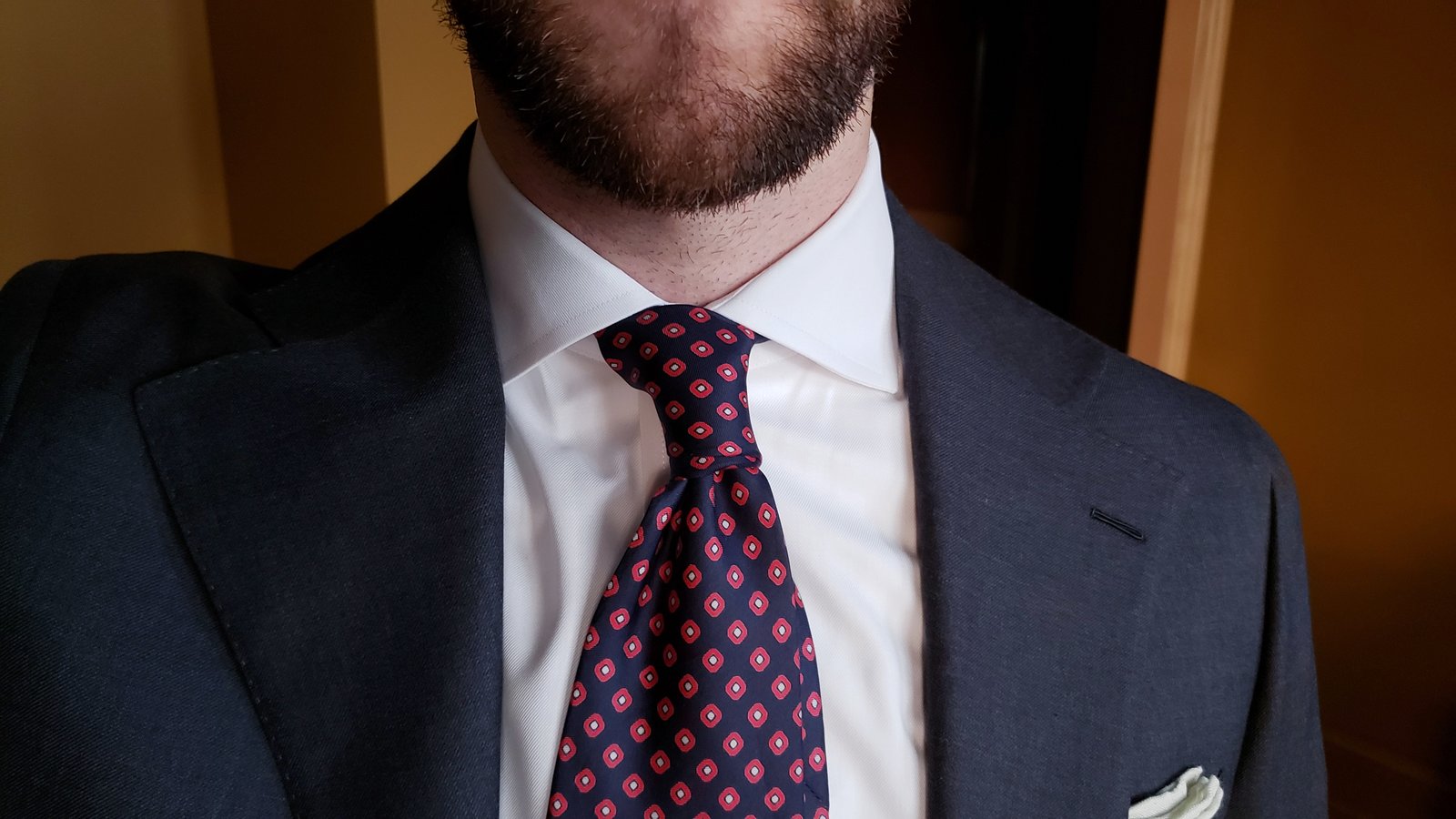 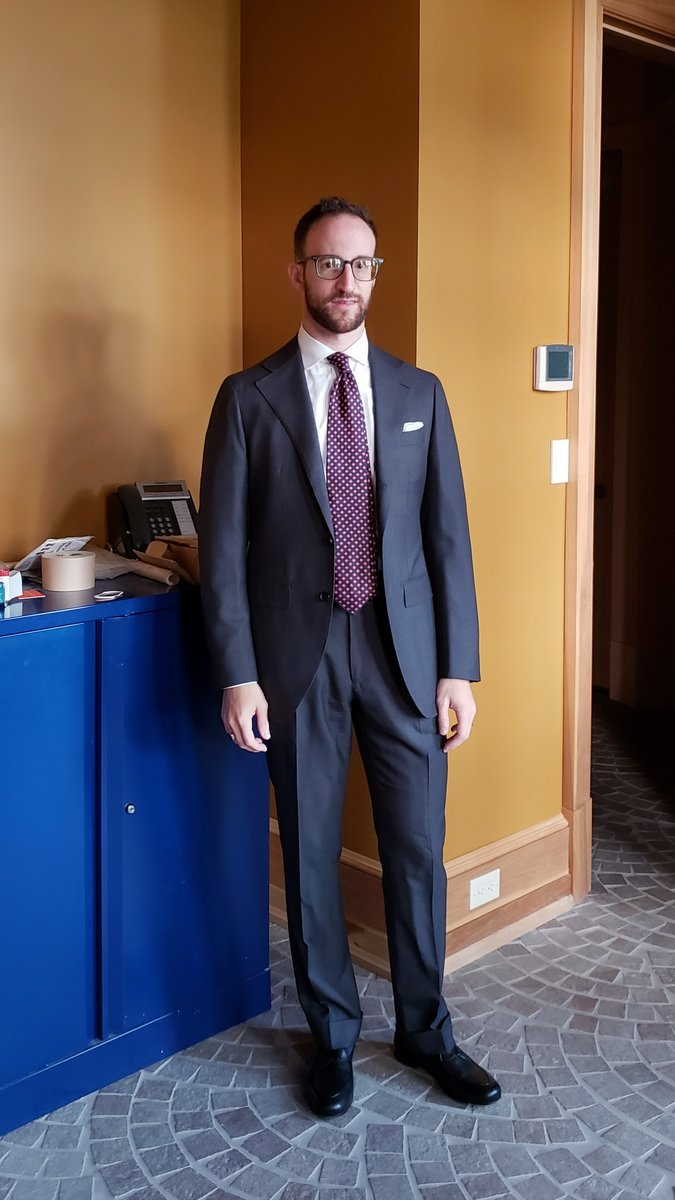 I repurpose coral into striking lapel pins. Get in touch to learn more! 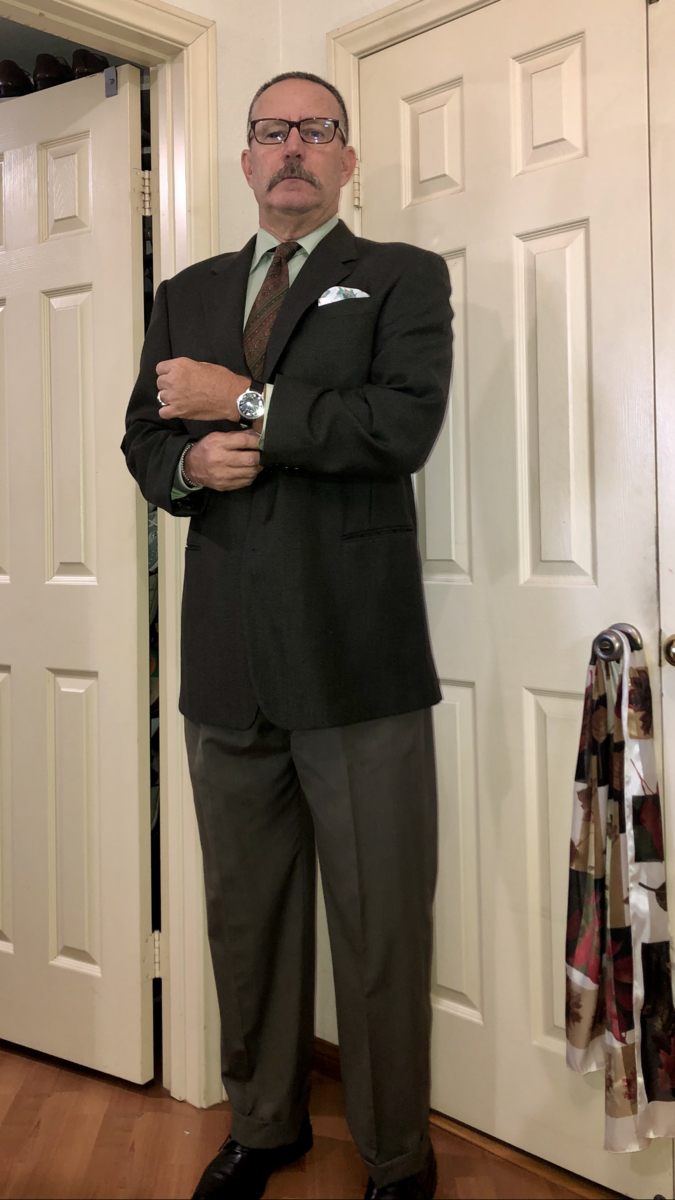 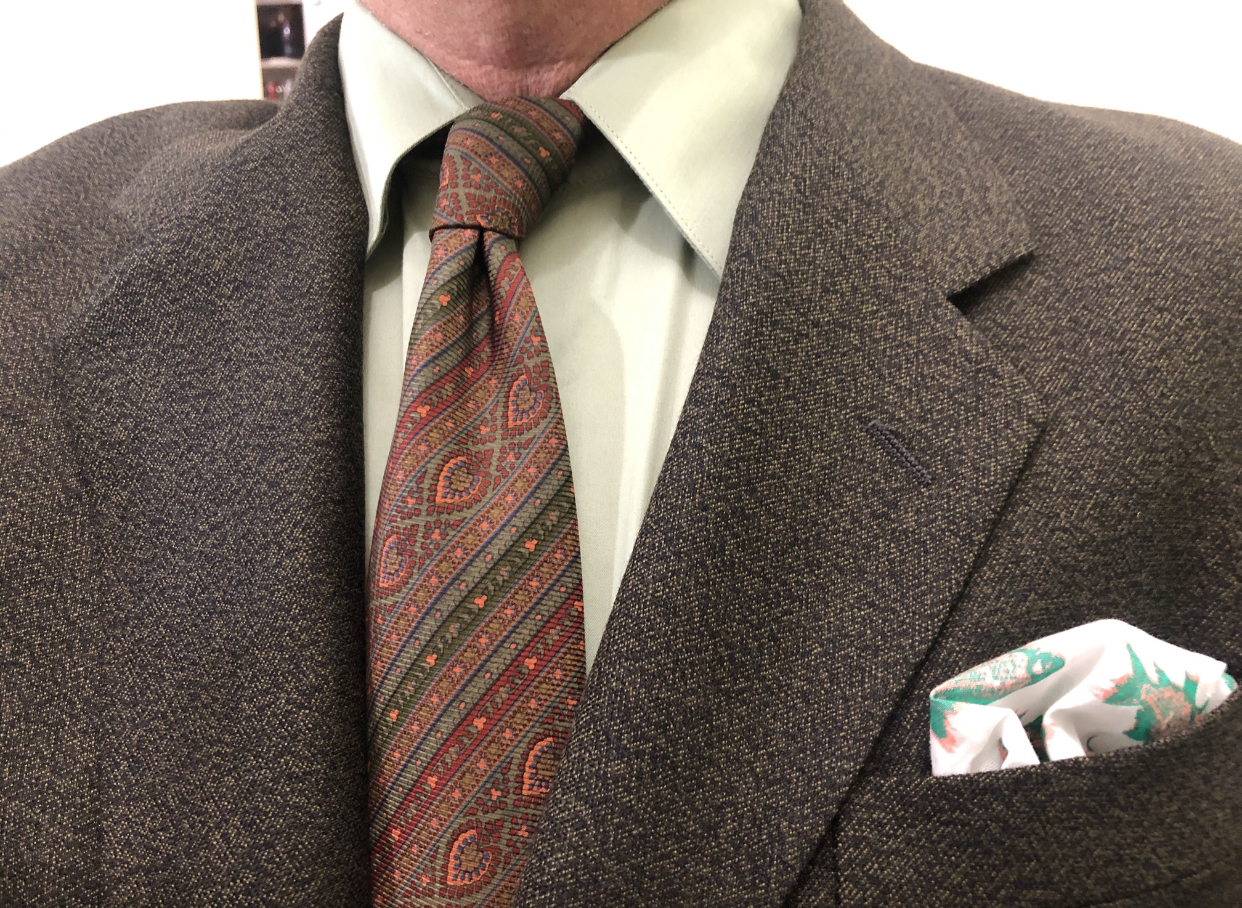 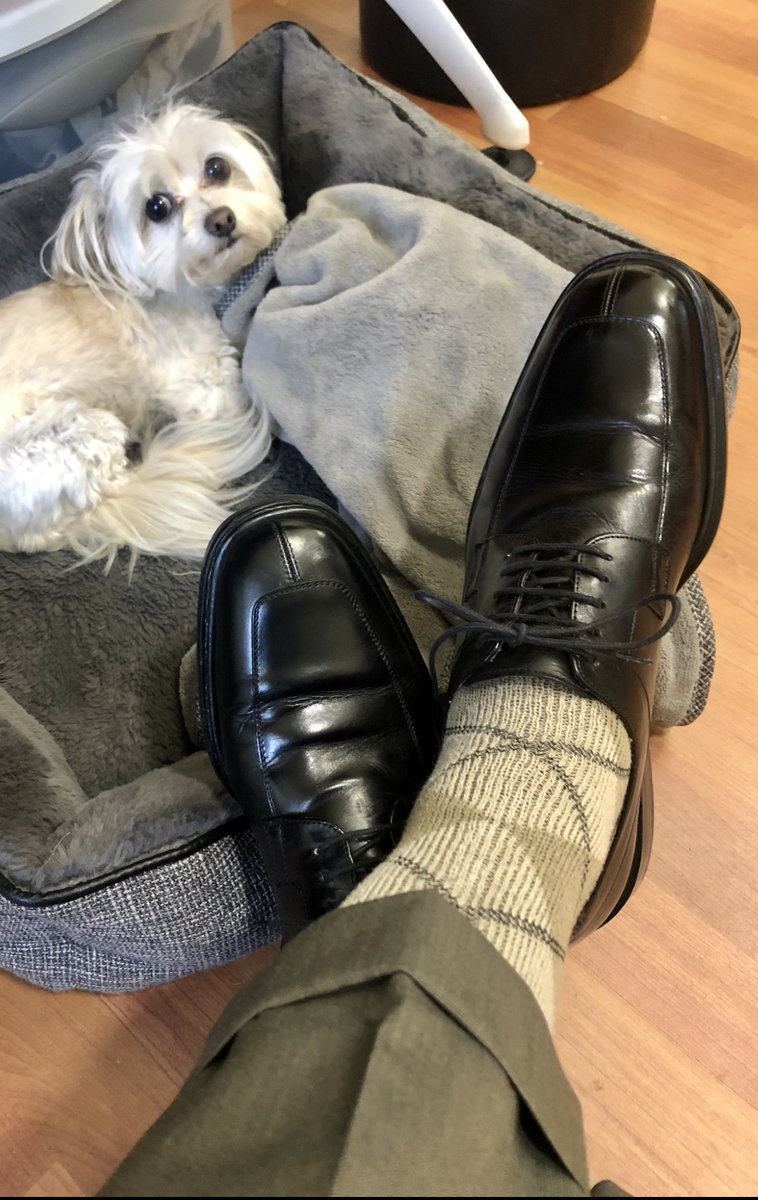 I have never lost the battle of the stuck snack in the vending machine.
“If I need an ego boost, I’ll just look in my pants.”
M

I’ll say that I think the whole “back blade longer than front blade” is far worse than any knot could ever be. So if a triple FIH prevents it, then I love that knot. 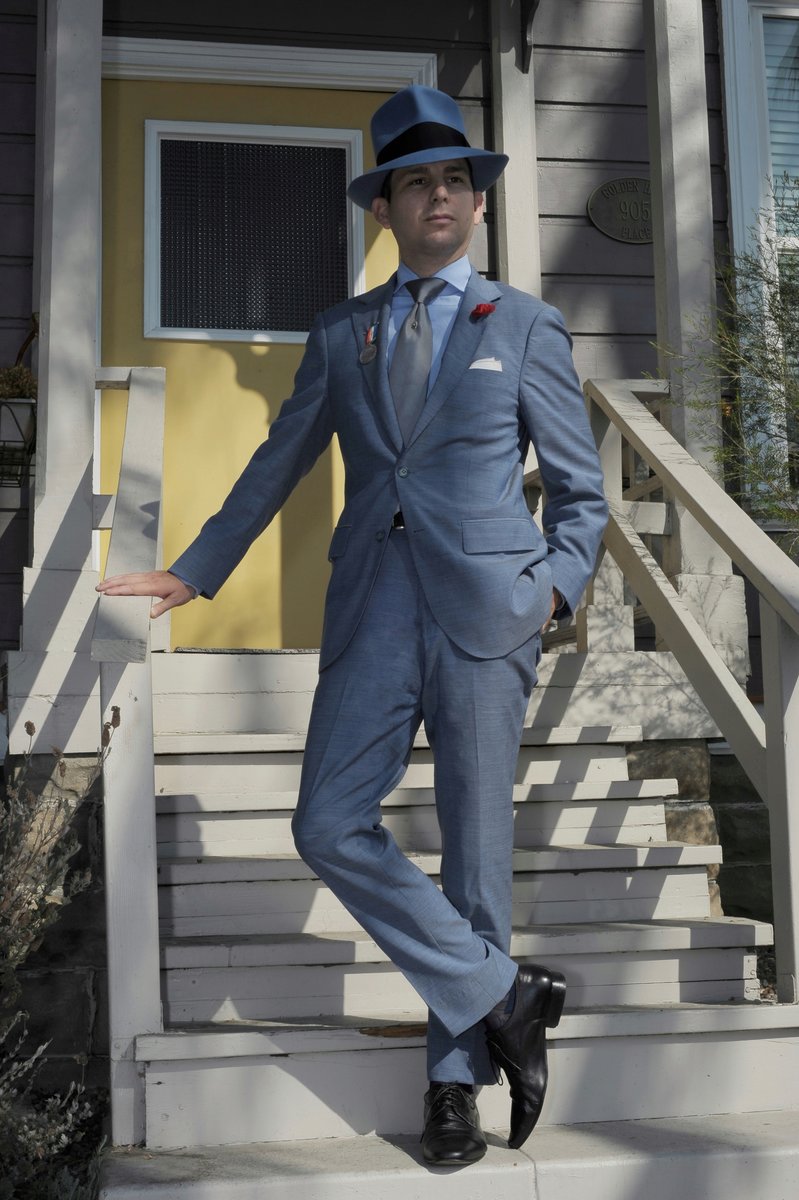 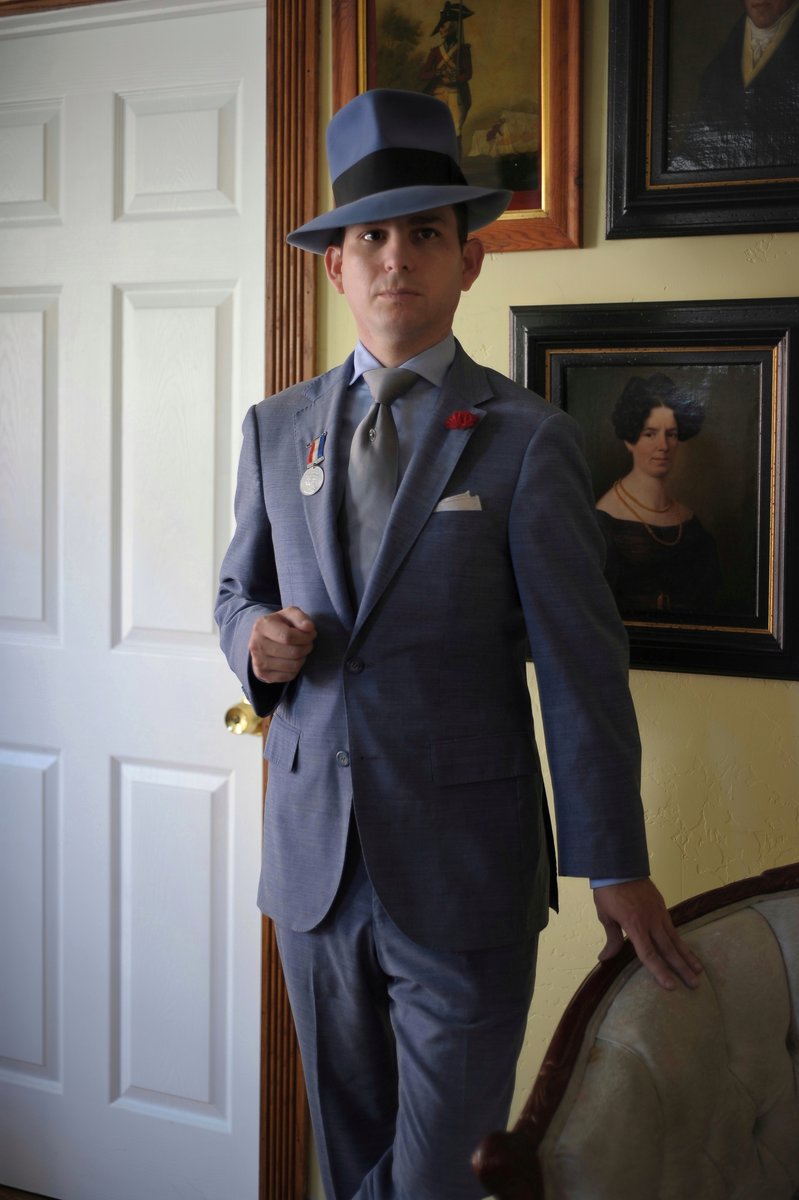 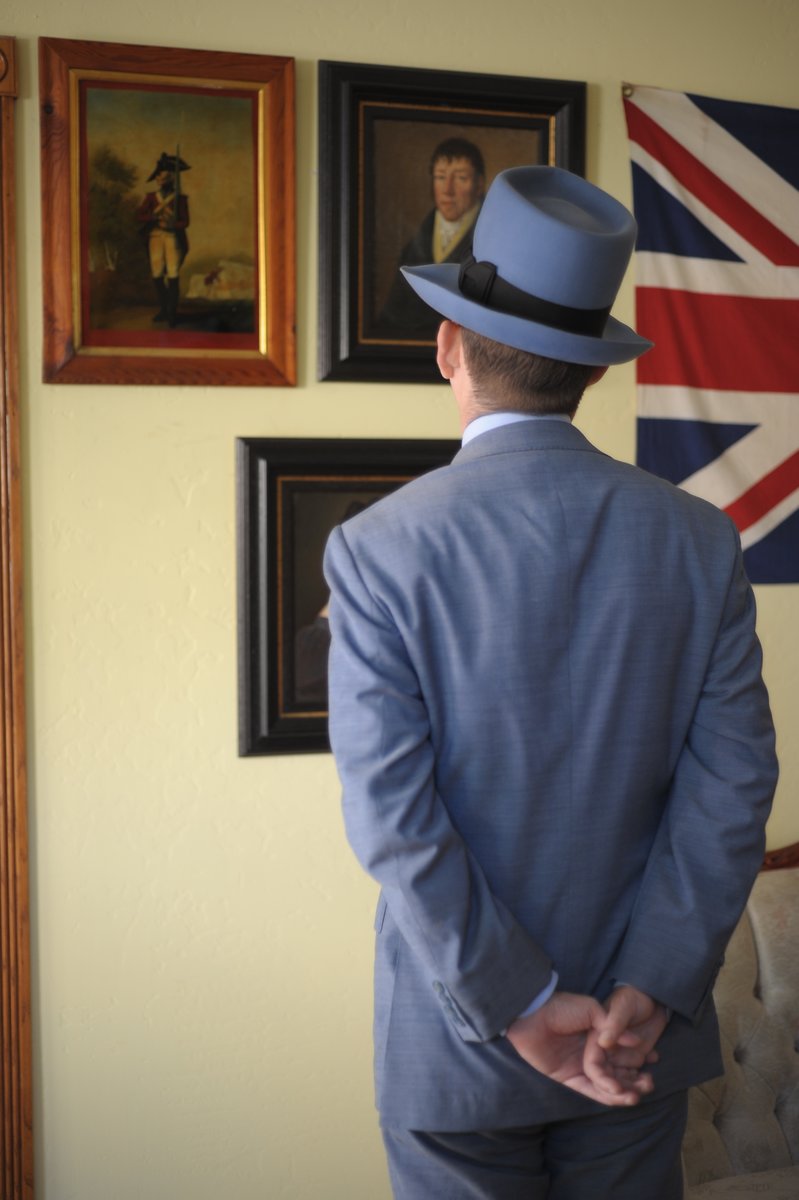 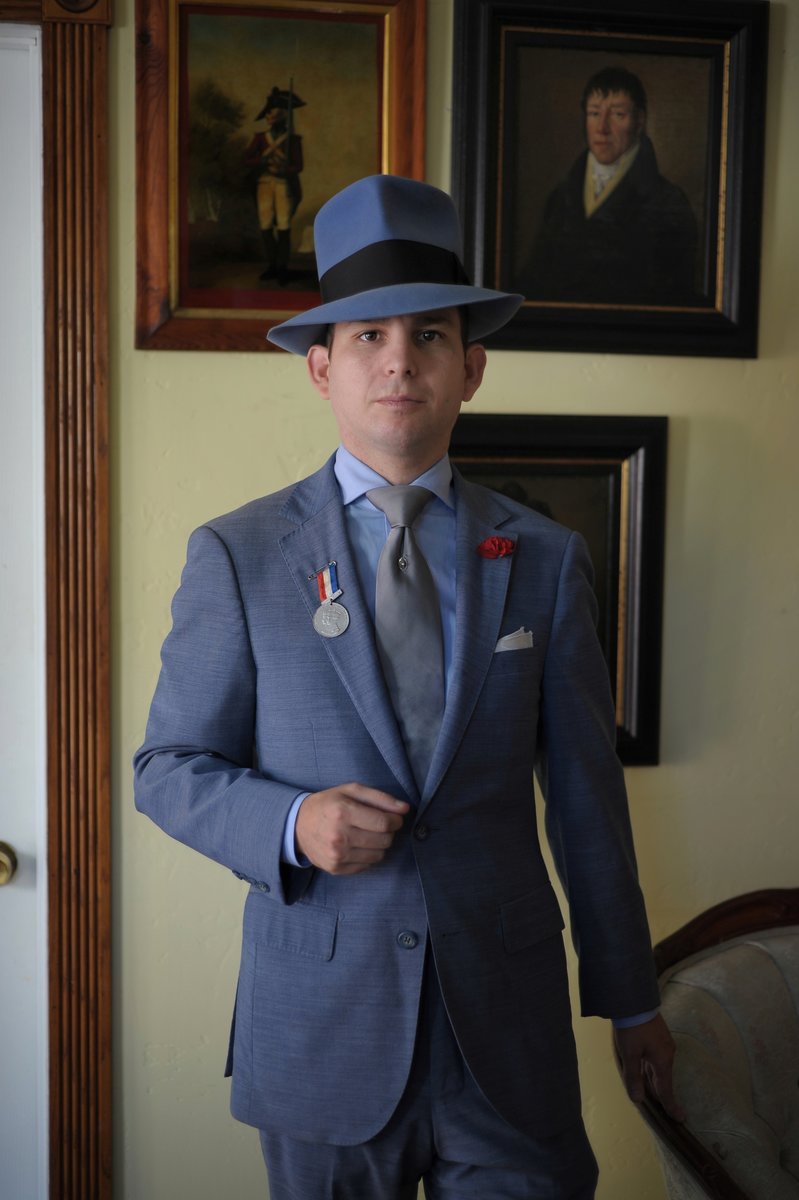 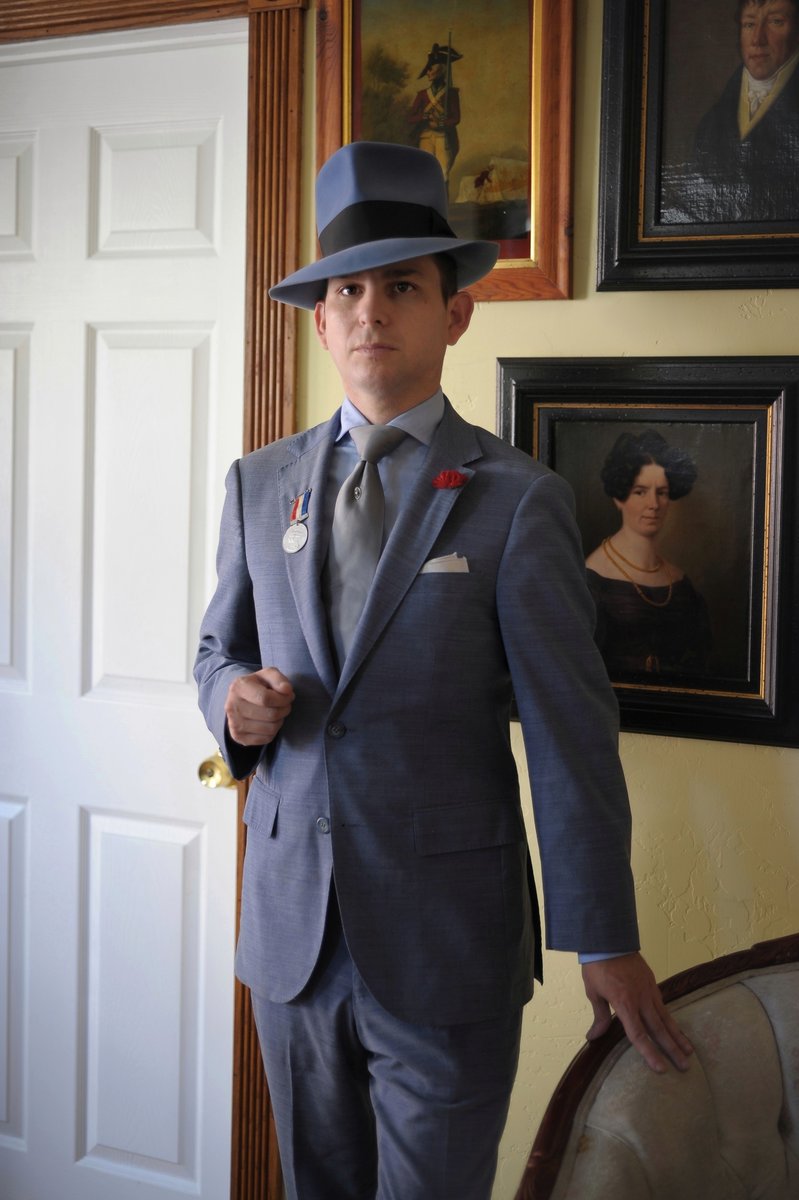 Virtue is the only true nobility.
(Thomas Fuller)

I'm not lucky nor unlucky that you like or dislike anything. It really has no effect on me.
"Fashion is a form of ugliness so intolerable that we have to alter it every six months." - Oscar Wilde

This Is (Simply) Awesome Young Man!

Not that you care about my opinion, but if that hat was two inches shorter it would look significantly less like a costume than it currently does.