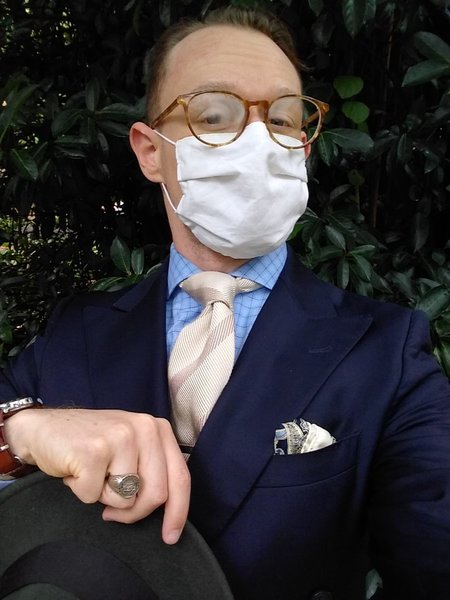 My flow chart for SF interactions:
Does this person say things that are both rational and humane?
Does this person post pictures?
Is this person helping? Or are they just displaying their mastery of "the rules?"
Is this advice affordable within my means?

No formal Friday tomorrow but a Teams meeting suggested a suit today. This Tie Came In On (Muted Green) Monday, Just for this Suit... Today has been a casual day for me, doing chores around the house, one of which was a review of my suit collection, and my tie collection, with an eye for "de-accessioning" items which no longer fit the bill, as storage space in a Manhattan apartment is always at a premium. So, soon to be available for sale at a charity shop near you (assuming that you live in the metro NYC area), here's what I will no longer be wearing today, or any other day.

The blue suit is a JAB Signature Platinum suit, bought as a "crime of opportunity" (marked down by about 90% of its original retail price). It took some tailoring, both by JAB and my own alterations tailor to make it work, but somehow, I never really warmed to the suit thereafter, which is something of a shame, as the fabric is actually quite nice.

The black stripe suit is a Brooks Brothers Golden Fleece Regent model suit, which I found at deep discount at the Brooks branch in Boston, when I was there on vacation some 12-15 years ago. It was Italian-made, and when I was heftier, it fit better, but after attempts to have it altered to fit the somewhat smaller me, it never really worked. I last wore it to a wedding last summer, and had not reached for it since.

The greyish-brown (brownish-grey?) suit is a Brooks Brothers Fitzgerald model, purchased some 11 years ago, in a maelstrom of retail therapy immediately following the death of my first husband - one of three suits purchased from Brooks Brothers within a week (I still have the other two, which fit better than this one).

The ties are, from left to right, Damiano Presta; Salvatore Ferragamo; Hermes; Paul Stuart; Burberry; Brooks Brothers 346; Brooks Brothers; De l'sle; Daniel de Fasson; Chinese-made "Hermes"; and Tucci. Some were purchases, others presents - and my apologies to any donors of these ties to me, in advance. Neckties are a very tricky thing to purchase for someone else.

We here define ourselves by what we wear. This afternoon, I am defining myself by what I no longer wish to wear. Been feeling nostalgic for the other half of my closet. You know,... the half (cough cough 80%) that becomes obsolete after spending some time on SF.

Today I take a step backwards in my menswear journey.

Today I ride with the 4 horsemen of CM: Shiny, Matchy, Douchey, and Fun. 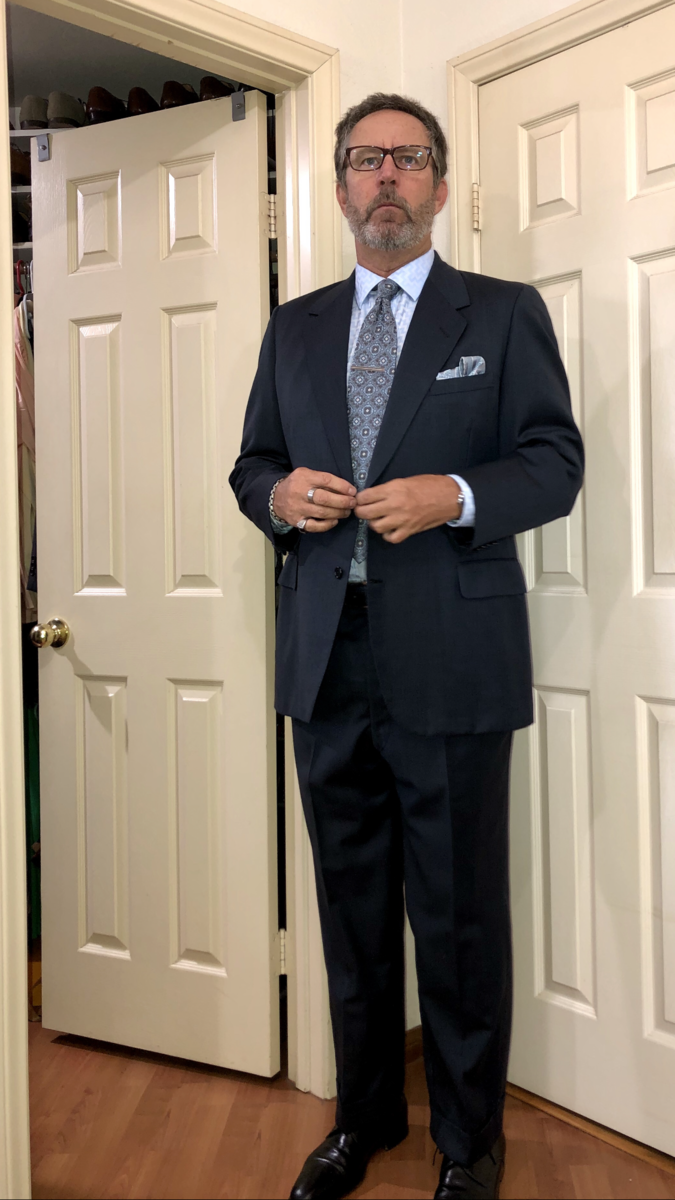 The Pepsi socks are bold on this forum.
With due expediency... putting on the Regency...

Still miles better than your taupe jackets and piss-yellow ties and shoes the colour of baby poop! I say more of this!
Check this out:

Blues for the Bolts. Let’s close this series out. ericgereghty said:
Blues for the Bolts. Let’s close this series out.
View attachment 1460633
Click to expand...

Nice! Just moved to Tampa and went to a restaurant to watch the last game. The fans are diehards.
INSTAGRAM: @Konnor.R.H

Thin White Duke said:
Still miles better than your taupe jackets and piss-yellow ties and shoes the colour of baby poop! I say more of this!
Click to expand...

Showing my support for the Royal Air Force who my American Grandfather went to serve with during the Air Bombing of London. Virtue is the only true nobility.
(Thomas Fuller)

megadork2000 said:
Been feeling nostalgic for the other half of my closet. You know,... the half (cough cough 80%) that becomes obsolete after spending some time on SF.

Today I take a step backwards in my menswear journey.

As a silent peeper of this thread, I am even starting to think. Looks great, super sleek combination. Less pressure has really become more pronounced. Looks good on you. Burn those socks, you had your fun.
You must log in or register to reply here.
Share:
Facebook Twitter Reddit Pinterest Tumblr WhatsApp Email Link
New posts