Swampster said:
Does anyone ever wear French roundels? I have seen Italian green/white/red on tee shirts but don't recall seeing the French original.
Click to expand...

Red on the outside, White, and blue in the center.
Already worn during the French Revolution by the Sans culottes on the Bonnet Phrygien. So I suppose the « cocarde » (you call the target) is a French invention.
Still on all our military planes. But yes rarely worn today, because of the « Nationalist » connotations.

Shame that it isn't worn. I think while wearing national symbols in Britain was closely identified with nationalism, the link is less strong now (though I wouldn't claim it is completely broken). Fashion has played a large part in this as has the broader appeal of football.
The British roundel was a deliberate copy/inversion of the French one - originally they used the Union flag on planes but in poor conditions it could look like the German cross.

A bit of There and Then..
IIRC, the revolutionaries added the blue and red of the Paris militia (which has been in use since the middle ages) to the Bourbon white cockade while the king was theoretically still in charge. I think they kept the white as it looks better with it

The British cockade from near the start of the 18th century was black. Since this was worn on a black hat, I can't help but thinking why did they bother? It is still worn like that by the Chelsea Pensioners.

Thank you Monsieur, the lad wears it well, great photo.
Mod with many faces

Not making it to Europe this year but can pause mid-cycle for a snack at local fav Biergarten! Here…
Now it’s the morning, and it’s very relaxing to look at the sea, while drinking coffee in the garden. Been to another creek today, a perfect spot for scuba diving smittycl said:
Not making it to Europe this year but can pause mid-cycle for a snack at local fav Biergarten!

A happy inspector and kids in the Mediterranean Sea. Probably the picture with the less clothes on I will ever post on StyleForum ! Last day in Paradise, soon I will be back in the Urban Hell… Looking forward some of your here and now pictures Guys ! Back to Paris for the 14th of July.
As the weather is bad here, the planes are not flying high. Pretty spectacular. xeoniq said:
Winter here, thought this might break up all the summer fits. Been wearing this Issey Miyake Men cotton fleece vest a lot as a layering piece. It's very simple but it works under and sometimes over a lot of pieces well so it gets a lot of wear.

Deets on pants and boots?

Byrone said:
Deets on pants and boots?
Click to expand...

The pants are ROSEN-X Thebes in 2 layer Nylon. The boots are Danner Combat 503's, which sadly they discontinued. They are very comfortable and have a "DannerDry" membrane, which works like Gore-Tex, but I've not found to be too insulating when it's hot out.
instagram
shellzine.net

The return of the poor selfie… 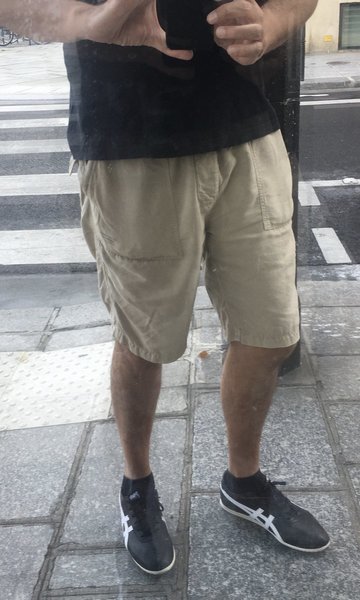 Seriously hot here in DC. Cycling back and forth to work then getting longer rides in when I can. Made a 42-miler last weekend. Got some new cycling gear from Rapha and Ornot. 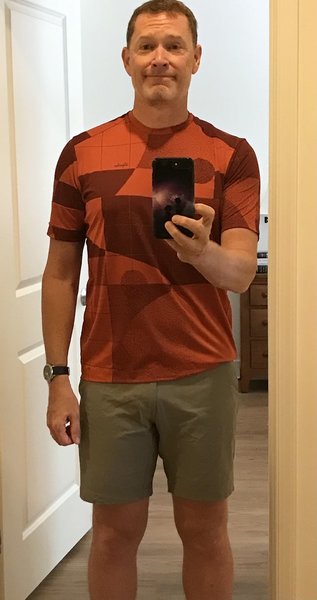