reproduced with permission from Keikari

Gus, or pocketsquareguy, is one of the valued members of the Styleforum community, and a styleblogger. He recently was featured on Keikari, the blog of another prolific member.

I am 59 and am a consultant to CEOs and owners of creative enterprises including home décor, gift, fashion and retail. Bachelor of Arts, Business Administration. I’m married to a wonderful Brit who appreciates and encourages my sartorial interests. Our daughter appreciates it for what it is, but in her high tech career, T-shirts and hoodies are considered well-dressed. My son is an actor and singer and after years of T-shirts he recently discovered the appeal of nice tailored clothing, pocket squares and single monk tan shoes. I believe I heard the angels rejoicing. I have been a long-time collector of vintage guitars from the 50’s and 60’s and was formerly a writer for Vintage Guitar magazine. I am fortunate to live near 30,000 acres of open space for hiking and mountain biking.

Growing up in the 60’s and 70’s were radical times of change in the world and especially in apparel. My parents were delighted that I wanted to look nice. My father wore the “Mad Men” uniform of a grey suit and hat to work each and every day in the 1960’s (coincidently to the Time Life building in Manhattan where Mad Men is supposed to take place). In 1970, after relocating us to the San Francisco Bay Area, he became more business casual (for the period) in a sport coat, rep tie, button-down shirt and loafers.

I feel that I grew up at the very best time to fully enjoy the evolution and options in menswear. In the early 60’s I began school in an agricultural area of Central California where everyone wore denim, including bib overalls. This was true workwear. We then moved to a small village on the outskirts of New York City that oozed classic Ivy League style. This drastic contrast to rural California allowed me to notice immediately how differently people appeared because of what they wore. There was an unofficial uniform of chinos, corduroys, oxford cloth button-down shirts, Lacoste polos, Bass Weejuns oxblood-colored penny loafers and heather-colored crew neck Shetland wool sweaters all in a carefully edited range of “approved” colors. We wore navy suits and white gloves to weekly ballroom dancing classes and blue blazers to the country club and church. No blue jeans or sneakers were allowed at school.

I noticed how the colors and materials mixed and matched so well. These colors also seemed to make everyone look their best. Personal expression was not encouraged. Anyone who wore anything different was ridiculed. Then came the radical 60’s and older brothers came home from Ivy League schools wearing distressed jeans, hiking boots and chambray work shirts under tweed or corduroy jackets. There was a sudden mix of traditional and workwear and it was very cool. The summer of 1970 we moved to California near San Francisco. The dress was Levis 501, Clark’s desert boots and T-shirts. For dressy occasions, because of my NY upbringing, I was comfortable in navy blazers, rep ties and button-down shirts. For formal I would go for a white dinner jacket.

After college and early in my career of art publishing I could have dressed in any manner I chose. I made a deliberate decision to dress in classic styles but with some color and flair. Artists and designers inspired me to try new combinations of colors and patterns and style (this was also the inspiration for my Tumblr blog name ABITOFCOLOR). At the same time, for variety, and in more casual settings I began to incorporated elements of workwear into my classic wardrobe. It was typical for me to travel wearing a tweed jacket, jeans and a chambray shirt with loafers or a blue blazer, rep tie, oxford cloth shirt and jeans. Living outside of NYC and San Francisco had its advantages. There were no shortage of truly great men’s specialty stores and many very well-dressed people around me. I would rather shop than go watch football or baseball so I would head into the city and look at fine clothing.

I had a good understanding of traditional clothing growing up in New York, but then I met the owner of Billy Blue in San Francisco (a specialty menswear store owned by Billy Bragman). Billy challenged me to break away from traditions and to experiment with Italian tailoring. He was bringing in private label jackets and suits from Italy from the makers of Armani’s black label line. They were much more traditional than what Armani was doing but still with Italian flair and with new fabrics. He pushed me to mix them up with new silhouettes of pants, different belts (woven horse hair) and even a broader range of material colors. I liked it.

It was “fresh” and seemed smart. It took traditions and gave them a respectful twist. In addition to all of this, I was working with my creative team to develop hundreds of products a year for the gift and home décor markets. Every day we were making important decisions about color, design and patterns. We researched color and design trends in all areas of home décor and fashion. I was a member of the Color Association and attended Color Marketing Group meetings to share color trend information. That had a further significant influence on me and it was fun to be a part of a small group that was ahead of design trends. Major retailers would look to us for style and trend advice.
Click to expand... 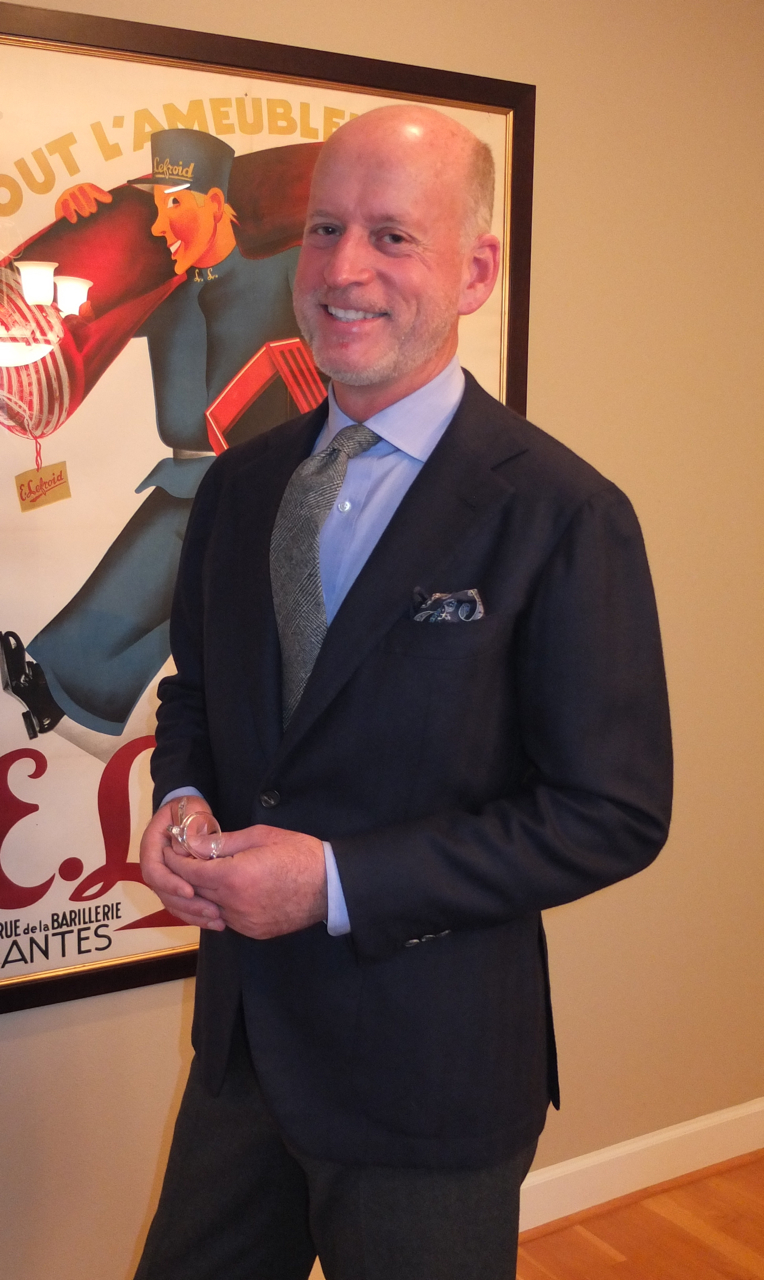 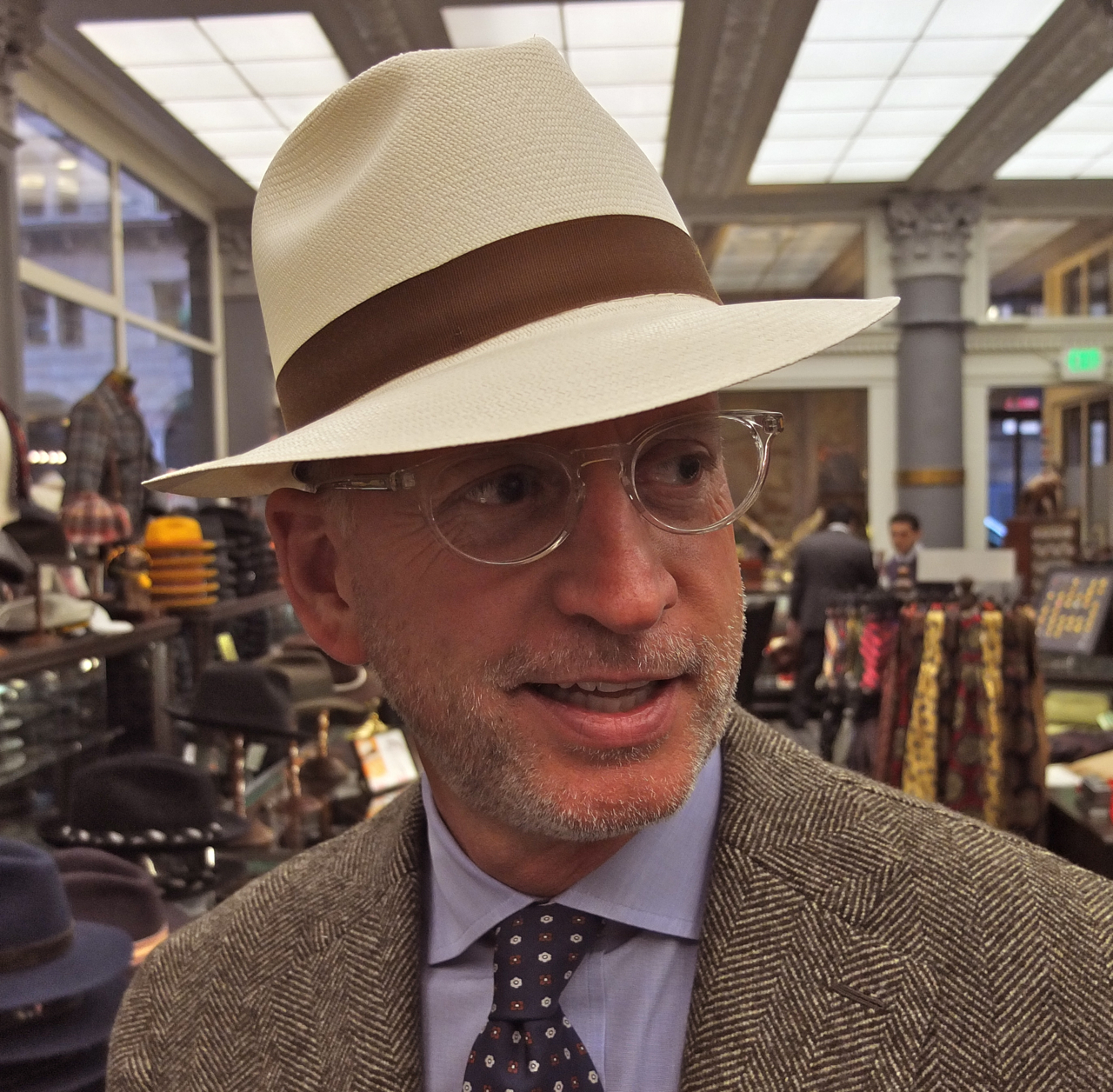 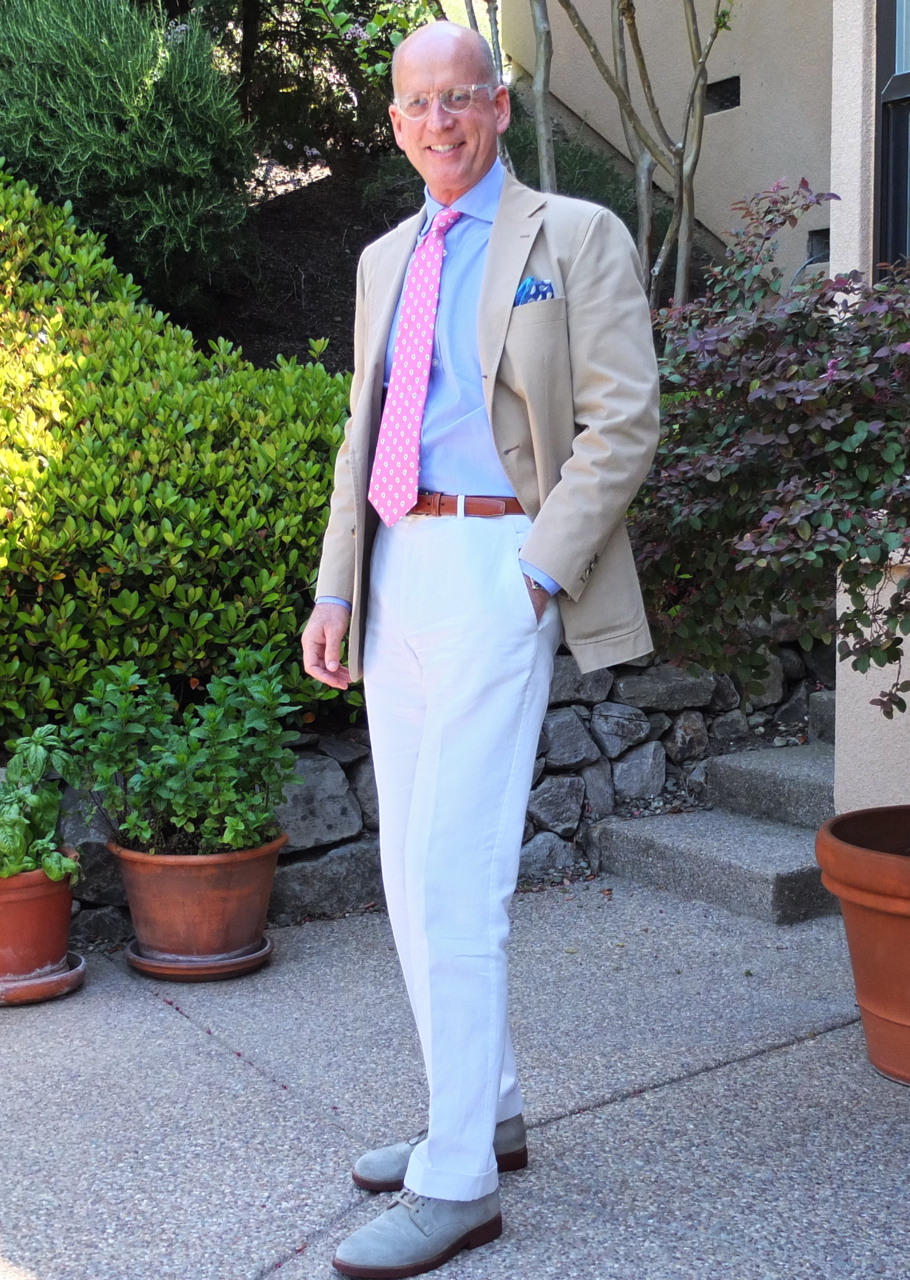 Read the full interview here.
"Blue Denim in their Veins"

nice to know the guy behind the psg mystique!
A fantasy is when you have an unlimited supply of sodium alginate, a couple dozen oysters, and too much free time.
I have to say, there is nothing quite like that sinking feeling you get after you've shaved the last slice of truffle.

^ and a true gentleman irl to boot. very proud to call Gus my friend.

Gus, it's great to know your life story, and all the color theories that go behind your always perfectly balanced color choices.

Enjoyed this very much!! Thanks!