well the last time I broke my face it was on the road…and the roads here are scarier…
Click to expand...

I try to stick to paved trails and avoid the roads. Too easy to get wiped out by old pick-ups doing 70 on shoulder-less roads marked 35mph. Even the bike lanes here in DC require full attention as drivers make right turns across them all the time.
Last edited: Sep 19, 2022
"Sorry to jump in, but @smittycl and _________ you are indeed talking past each other. However, only Smitty is correct." 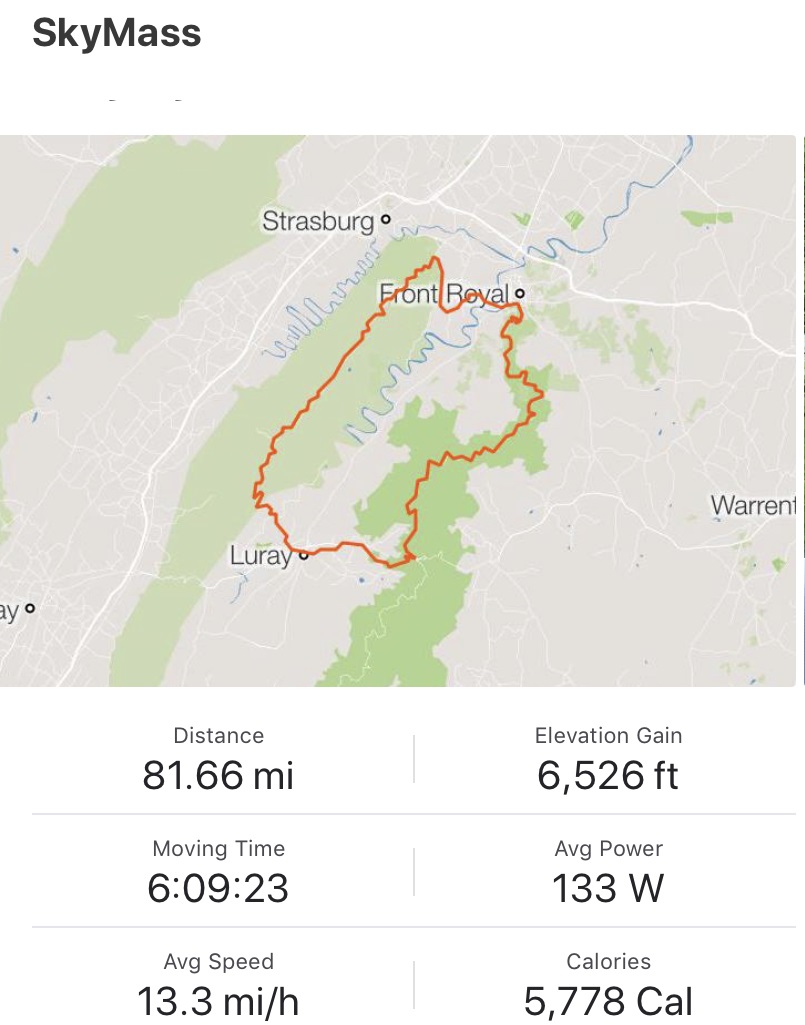 This weekend's ride plans are on. It's going to be a beautiful day in the mountains!

Not sure how to feel about the dentist visit.

She was new to me but one of 3 that the oral surgeon suggested based on the quality of work he'd seen. Not 100% sure I liked her vibe and might seek out a second opinion.

Sounds like my front tooth is too far gone. Could try to bond something to it, but that's likely a tenuous solution that will be one hard bite from failing. So options are then a bridge (fuck no) or an implant. I don't know much about dentistry, but I assume the front teeth are too narrow to put a post into the existing root and slap a crown on top.

Other tooth is maybe worse than I thought but should still be salvageable. It shows some additional fracture lines so we'll see how it holds up while my face heals. Then it seems like we can try to build up a big filling on top and leave it be just knowing it probably won't be good forever...down the road there'd be enough tooth left for a crown.

What kinda made me feel unsure about the dentist:
- they had me pay upfront over the phone which was kinda weird. Maybe that's how they handle last minute semi-emergency bookings (especially since they probably see a lot of tourists that way), but I've certainly never done that before.
- I really didn't get much for the ~$220 I did pay (though they should bill insurance). At first I thought it didn't sound too bad for an exam with xrays...but its not like they did a full mouth imaging+exam and cleaning. 2 xrays, a few photos, a little bit poking around and that was it.
- It seemed a little too much hinged on "well, what do you want to do". I suppose I appreciate not pushing services, but like...you're the expert here. I don't know what to do. Some of that may have been driven by money concerns--she went to the cost issue when I asked for more guidance and I bet a lot of locals here aren't ready to drop $6k on an implant, but for me I just want to do the job *right* because I'm stuck with these teeth for life.
- She really brushed aside the question of getting health insurance to pay for anything. But I can find lots of articles talking about health insurance covering it in the case of trauma...and I literally did this the last time I had a bike accident (back in 2011). It did take a lot of back and forth with the insurer, but I eventually got paid...but she claimed she'd never heard of it.

I think the last point in particular is what rubbed me the wrong way. The whole reason I got health insurance to cover it last time was because my dad sent me this email after talking to one of his dentist friends:

[dentist] mentioned last night that your medical insurance will cover the dentist as your injuries are part of an accident. If the dentist gives you a hard time its because dentists hate dealing with insurance companies. But you should be covered.
Click to expand...

I get that it is a pain in the as.s, but even if you are going to make me do the legwork (which I did last time) because it is not a dental insurer...shouldn't you at least know it is an option?

Face is healing fast. Other than the 2 sections with stitches, it almost looks back to new.
Visited with a second dentist today and she was fucking great. 100% going to her for this and all future normal dental care.

Oh yeah, and I might have pulled the trigger on a new bike: 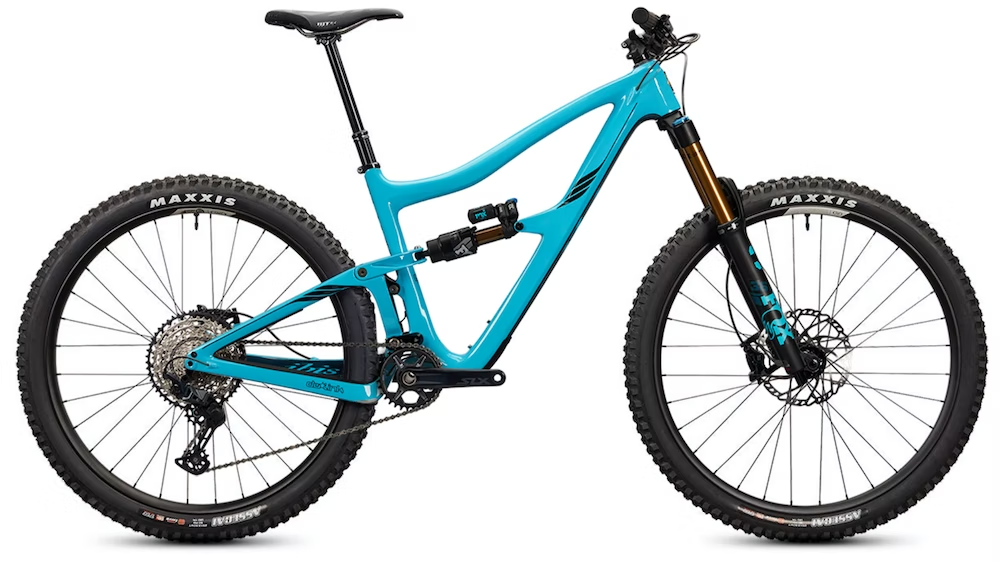 Jenson USA has SLX Ripmos with carbon rims for 25% off. Honestly, I'd probably prefer 25% off the version with alloy rims, but that wasn't an option and considering nobody else has them for this price, the carbon hoops are basically free.
The fox factory kashima-coated suspension is also blingyier than I would pick myself, but Ibis is literally speccing it on every carbon build these days including the cheapest NGX option.

Small chance I will cancel the order or return it. Kinda depends on what I'm able to do to salvage the bike I broke in the crash. Ripmo is better in every way, but it really feels like a "big boy" bike now that they've specced it with the Fox 38 fork and Float X2 shock.

You take however much money you are going to spend on dental bills, and then spend it on a bike to even things out?

You take however much money you are going to spend on dental bills, and then spend it on a bike to even things out?
Click to expand...

My dentist has a Pinarello and a Colnago. I guess helping your dentist pay for his bike is doing it incorrectly?
“Blah blah blah…”

Definitely time for a new bike. Crash like that is bad juju for the old one, plus I’m sure you don’t want to just repair the cracked frame
..

Fueco said:
My dentist has a Pinarello and a Colnago. I guess helping your dentist pay for his bike is doing it incorrectly?
Click to expand...

These bring his judgment into question
“It is difficult to get a man to understand something, when his salary depends upon his not understanding it!”
—Upton Sinclair

HRoi said:
Definitely time for a new bike. Crash like that is bad juju for the old one, plus I’m sure you don’t want to just repair the cracked frame
Click to expand...

I've actually been considering the polar opposite...full on DIY carbon repair. I have pretty good confidence I could do it well (as in safe, maybe not pretty) and it would be a good use of shoulder season/healing time. Seems pretty similar to fiberglass sailboat repair, and they've invented this heat-shrink release-tape that solves the problem of not being able to vacuum-bag the layup at home. See about 17:14 in this video:

But I've always wanted a ripmo and this deal popped up at just the right time. Before the crash I was about to spend a bunch of money on upgrades on the old bike anyway (abusing dat USD-EUR exchange rate for some german carbon wheels) and was considering sending the Fork in to Fox because I just couldn't get it quite dialed in and overly-tight bushings were apparently an occasional warranty issue. This purchase basically delivers all those upgrades and should address complaints I had about the last bike.

Although on another forum somebody caught a like 20 minute window where Competitive Cyclist had the ripmos at 40% off...they cancelled the orders as a price mistake and offered 25% off, but one guy was able to talk them into still honoring the deal

otc said:
Although on another forum somebody caught a like 20 minute window where Competitive Cyclist had the ripmos at 40% off...they cancelled the orders as a price mistake and offered 25% off, but one guy was able to talk them into still honoring the deal

Fuck you for making me want to buy another Ibis. I'm still pretty happy on my old one but would probably buy the 25% off Ripmo you linked yesterday if not for the WAF issues when I bring home yet another bike. I guess it's not that simple, since I'm also interested in their Exie. The reality is that I don't need incentives to take bigger risks and the Exie would put more of a cap on the terrain I pursue.

I will note that I just got an email from Ibis that they've rebranded (for the first time in decades) so all of the existing graphics are now dated. This could mean that we see more of these large discounts on existing bikes out there. It would be hard to pass up a $4k XT Ripmo even if it meant getting rid of my beloved Mojo SL-R. If I could get one in matte black I might be able to gaslight my wife into believing that it's the same bike I've always had but probably not. My wife has a Ripley but the better quiver for us is probably Exie + Ripmo, although I don't see us making that overhaul until the next time our bikes get stolen.

Honestly, I think I *wish* that the ripley was the right bike for me. Jenson does have some Ripleys at 24-25% off too...

Unfortunately the local trails just seem to push the chunk factor and there's a lot more fire road up followed by beefy down. Fun stuff and all, but for an average ride I feel like I'd prefer more up and down xc action...you know just getting out and riding in the woods (especially when riding alone...fire road climbs are boring AF). Some of that may be my recent injuries speaking, but I really did have fun when I visited the Cranbrook Community Forest where the Ripley would be awesome for just racking up the miles...and its not like you can't occasionally take the Ripley into heavy chunk, it just might get rough doing it daily.

Like I'm a little nervous about the ripmo being too beefy as a "do it all bike" since they are speccing fox 38 and X2 shocks (even though they are well within the travel range on the fox 36)...but everyone around here seems to jump on ZEB and Fox 38 forks because that's what works with the local dirt and it isn't a huge weight penalty. So we're going to see how that turns out....luckily everyone still lauds the Ripmo's climbing/rideability.

When I was down in Missoula at the nearest Ibis dealer, they said they sold Ripleys 5:1 vs Ripmos...but some of the people I've been riding with here, who LOVE the chunky downhills, were complaining about how much Missoula sucks...

I went into Play It Again for skis and came out with this as well. The Chris King hubs pushed it over the top for me at the price (I bought this for less than the retail price of a set of their hubs). I went into Play It Again for skis and came out with this as well. The Chris King hubs pushed it over the top for me at the price (I bought this for less than the retail price of a set of their hubs).

Where’s the split in the rear triangle to get the belt in? Or does it have one of those belts that has a link?
“It is difficult to get a man to understand something, when his salary depends upon his not understanding it!”
—Upton Sinclair