Hi everyone, today I just remembered reading somewhere that teds and later mods stitched knives or straight razors under their lapels (though i've never figured out how they actually stiched them and wich kind of knive) to be always ready for action, and the fact that it is illegal adds a sort of criminal-stylish charm to it (at least for me). If some of you know more about this subject or can tell me some stories about it would be great. And it would be interesting if you could tell me if there were other kind of habits similar to this one that involved style and weapons.
Sorry for my awful english.

i heard they invented guns now
.

Kill it with fire.

Safety razors, the kind with the hole in the centre, were stitched on to the back of the lapels where they could not be seen. If someone wanted to start a fight with you they might confront you by grabbing you by the lapels, and cutting their fingers open. This was done by Teds, who wanted to be tough and fight, not by Mods, who wanted to be cool and dance.

That's the myth, I have no idea if it was ever done, except maybe in a movie.

I used to put a jalapeno pepper under my nutsack. When someone would try to suck my cawk they would get a rude surprise. Teach those gays a lesson.

Yeah very funny and sarcastic and O.T.! But getting back to the topic:
French skinheads during 80s wore a belt called "triplex, it was basically a three-row motorcycle primary chain with a buckle, they would wear it outside the jean's loops for a quick draw and if they got into truoble it became a 2kg stainless steel whip, I would definitely not like to be hit in the face with this thing: 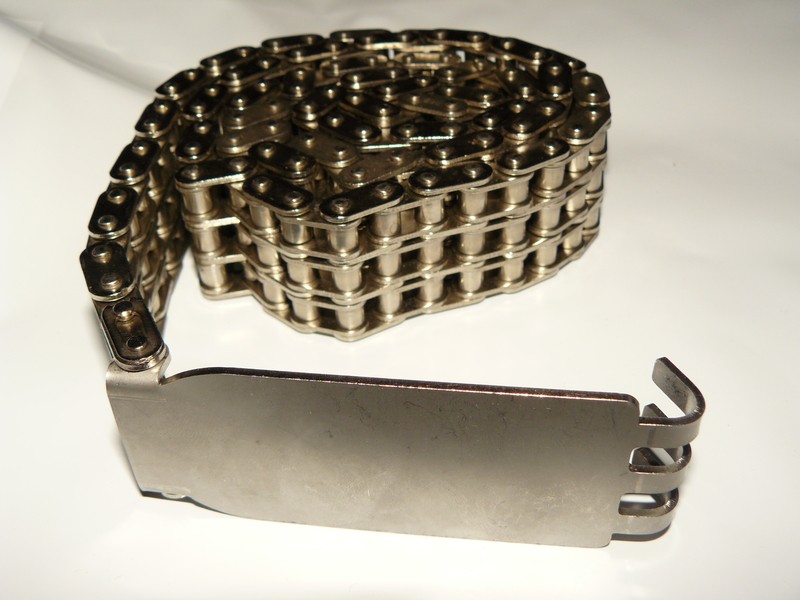 I keep my multiplication tables memorized up to 12. that way when I'm confronted by thugs I can confound them with math.

Guys, if you don't like this topic just don't post a reply, love it or leave it.
Here's another one, from Wikipedia:
A swordstick or cane-sword is a cane incorporating a concealed blade. The term is typically used to describe European weapons from around the 18th century, but similar devices have been used throughout history, notably the Japanese shikomizue and the Ancient Roman dolon.

The swordstick was a popular fashion accessory for the wealthy during the 18th and nineteenth centuries. While the weapon's origins are unknown, it is apparent that the cane-sword's popularity peaked when decorative swords were steadily being replaced by canes as a result of the rising popularity of firearms, and the lessening influence of swords and other small arms.
Soon after their introduction, other "gadget canes" became popular, holding the tools of one's trade rather than a blade, compasses, and even flasks for keeping alcohol.

Malacca wood was the most commonly used material in making the cane shafts,[citation needed] and the standard grip was rounded and metallic. Today, designer and collector canes have sterling silver handles, and are made with wooden shafts made from various woods, including Malacca and bamboo. Ornate designs, such as animal heads, skulls, and various emblems may also be carved into the wooden handles; these may make them harder to wield, but some find them more attractive. Sword canes are most often made with stainless steel, rapier-pointed blades. While various mechanisms exist to lock the blade in place, accidents have been known to happen regularly with the simple push-to-release mechanism. Twist-lock mechanisms work well, as do double-locking mechanisms. 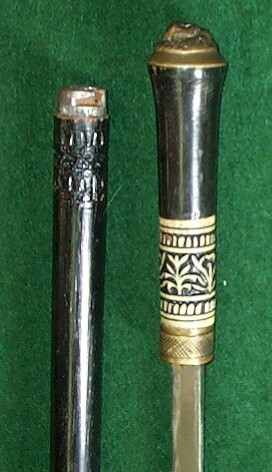 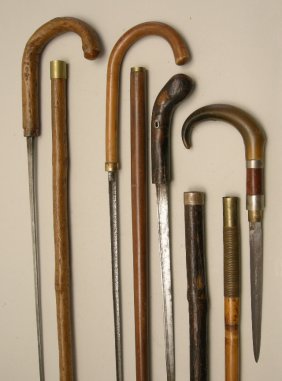 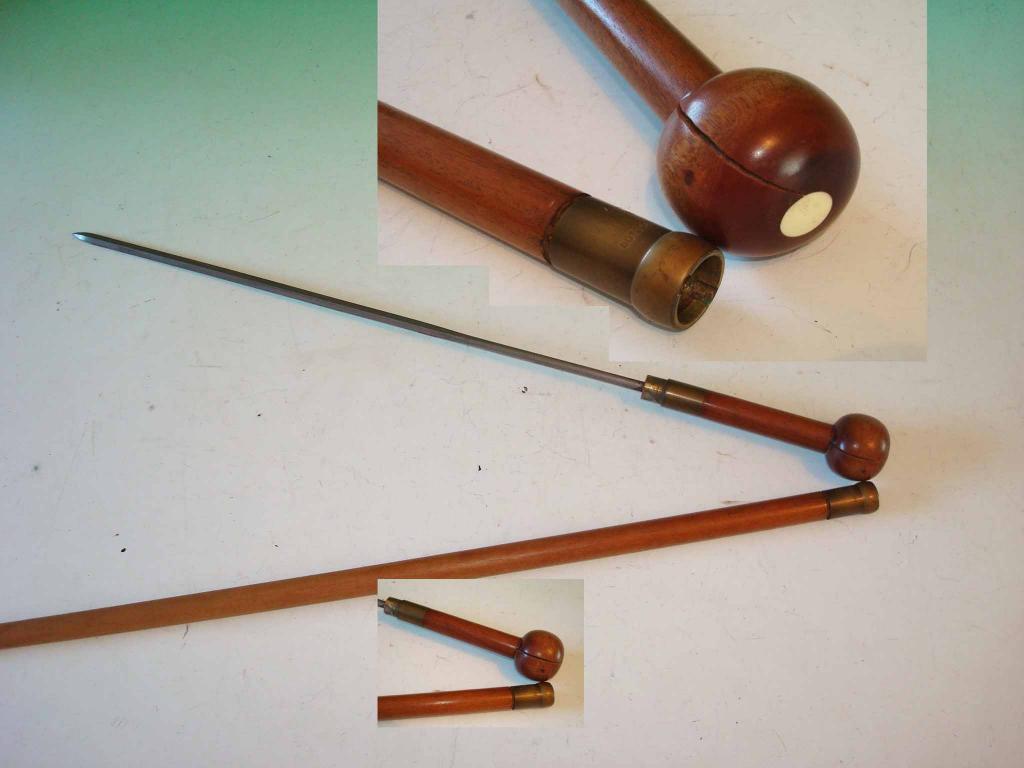 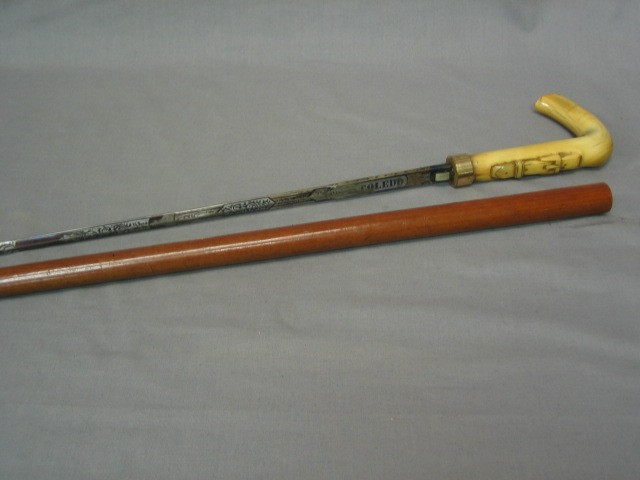