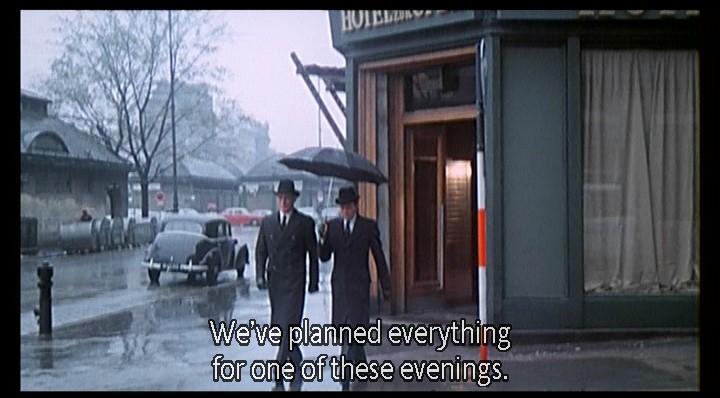 The Night Porter
HALF LINED SPECKLED LIKE A GOD DAMNED HEN IN LUSH BROWN ~*~100% AUTHENTIC~*~ REAL WOOL! ALL OF THIS FOR ONLY $100 TURN YOUR USELESS PAPER INTO A JACKET
G

As much as everyone here hates armani, last winter he put out a couple of really nice overcoats. I was going to go bespoke but the wool &amp; angora armani I bought fit so perfectly that I couldn't justify the extra cost. I happily paid full retail. It had nice high armholes, just the right amount of padding in the shoulders, and a very defined waist.
I believe conservatism is race-warfare and culture-warfare, which I find to have horrific outcomes, whereas class warfare is ultimately mostly positive in my opinion (Nameback)

there are no grounds to say that Bieber is a talentless hack... his voice is really nice and he's a talented musician considering he's only 17 (kwilkinson)

I've noticed that designers tend to put out superior silhouettes for overcoats as contrasted with the rather stodgy cuts of the traditional makers. As much as I abhor DSquared, sometimes their overcoats are cut well as are Dolce &amp; Gabbana's, and Ford's last collection for Gucci, which had some trim Chesterfields.

However, Dirk Bogarde was a clothes-wearing man so his clothing would have been bespoke.
http://leisure-class.blogspot.com/

As much as everyone here hates armani, last winter he put out a couple of really nice overcoats.

That's so true in that the only Armani item I own is an overcoat. He does them well consistently.