Fishmouth lapels on a three-quarter coat?

I've got some heavy donegal overcoating, brown on sand large-scale herringbone. I want to make a three-quarter coat (please don't tell me to get a polo or raglan instead: I've got those and other coats already). Now, why aren't fishmouth lapels often seen on outerwear? Of course they aren't often seen anywhere, but still; is there a specific reason why one should avoid them for outerwear?

This is a fishmouth lapel, just in case: 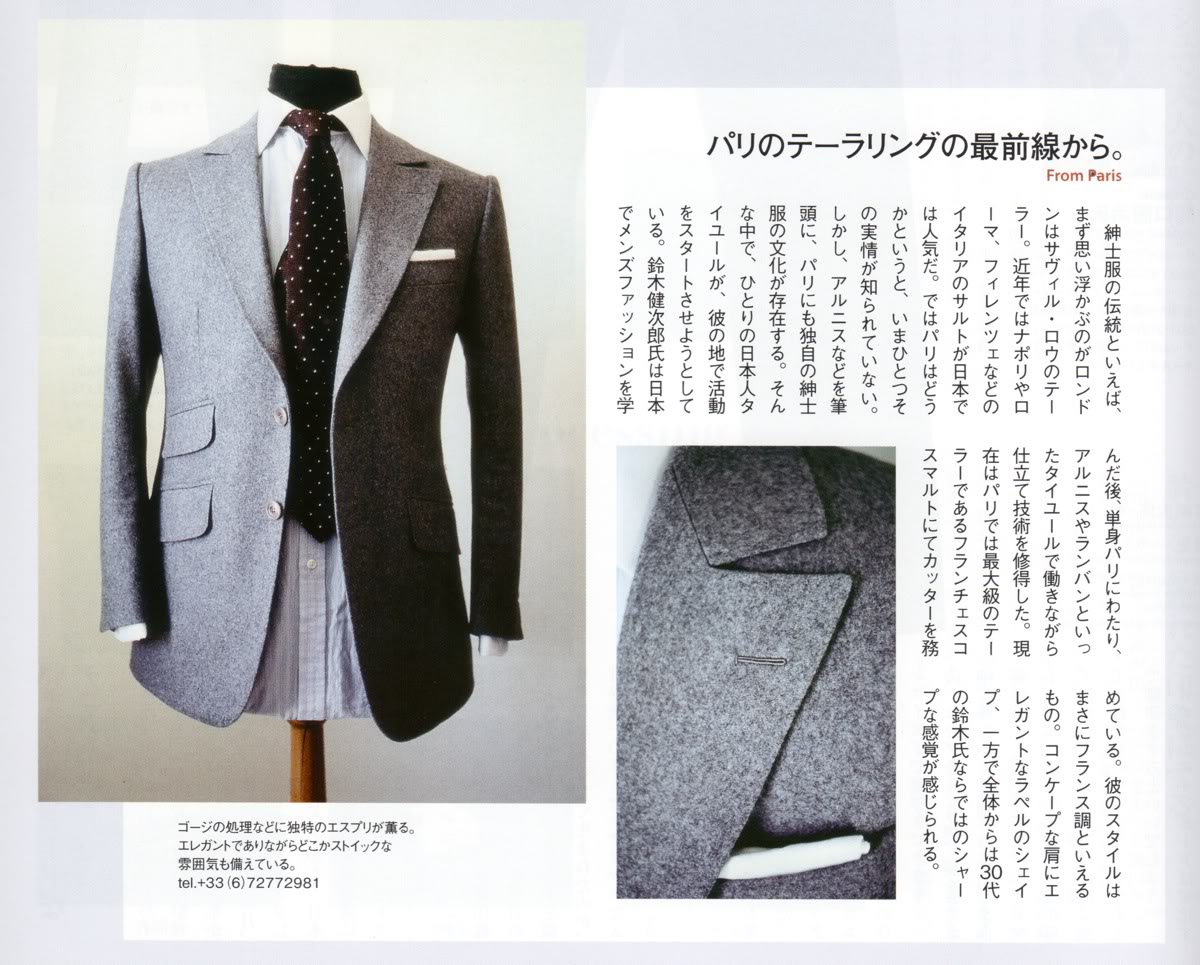 And this is the sort of coat I had in mind, though I'd make it shorter (mid-thigh or just below): 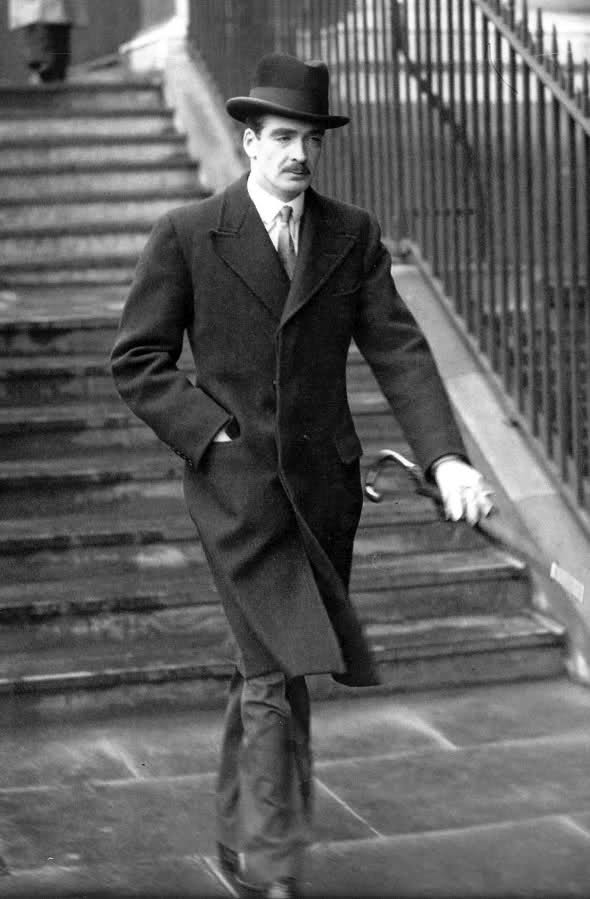 So the idea would be to do the country cloth in city cut thing, but in a slightly more modern way because of the shorter cut. Any thoughts? Cheers.

The beauty of bespoke is that you can specify anything you want.
There's absolutely no reason not to get the coat you describe.
Millerp

fish mouth does not work on overcoats. it will not work if you want to flip up your collar and cross the fronts to protect your self from inclement weather
254 Fifth ave 3rd Floor @28th st
212 620-4512
[email protected]
www.cego.com

Shirtmaven said:
fish mouth does not work on overcoats. it will not work if you want to flip up your collar and cross the fronts to protect your self from inclement weather
Click to expand...

Wouldn't that be true of peak lapels as well? But they certainly worked for Eden, above.

This 1970 Huntsman number could also be an option (fishmouth lapels of a sort, but DB): 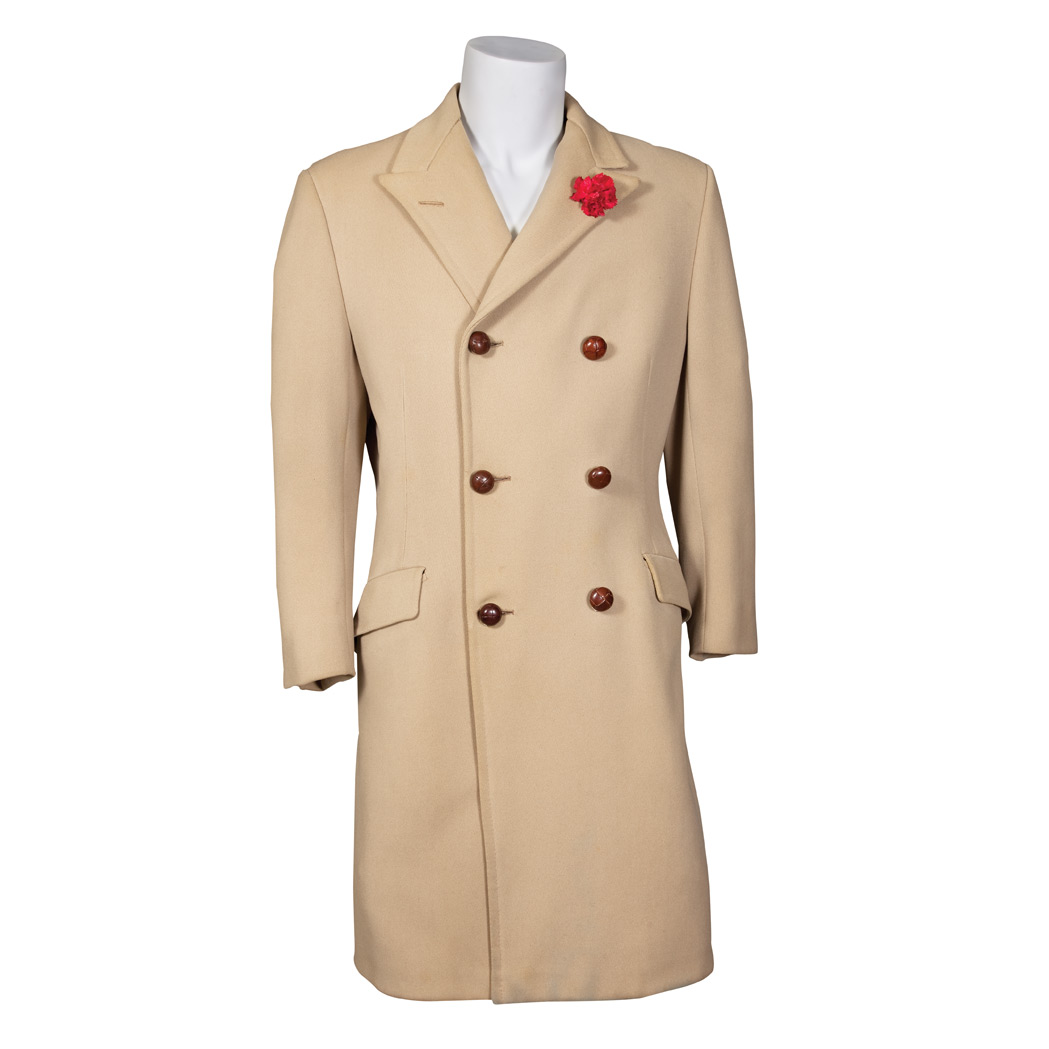 And why can't that be done with fishmouth? (genuine question!) 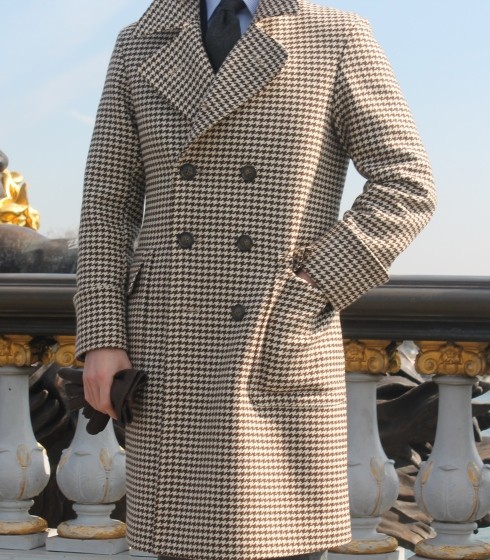 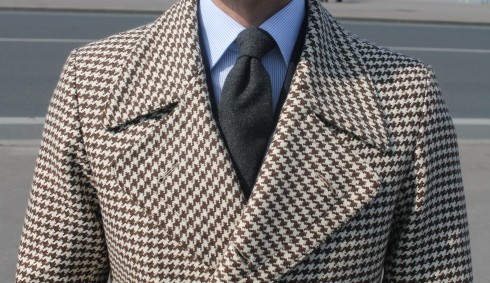 Last edited: May 4, 2012
“I have always lived violently, drunk hugely, eaten too much or not at all, slept around the clock or missed two nights of sleeping, worked too hard and too long in glory, or slobbed for a time in utter laziness. I’ve lifted, pulled, chopped, climbed, made love with joy and taken my hangovers as a consequence, not as a punishment.”