Of course I knew there must be tailors in Sicily, but once I saw Sleevehead's book I knew I had to make it a part of my next trip.

We landed in Palermo and spent a couple nights with an old lady that knew hardly anything about her city but cooked amazing food: caponata, swordfish, etc. I guess you can't have it all. We toured ourselves and ended up going to Monreale, a suggestion from Franco, who works at Molinari's on Columbus Street in San Francisco. There you can see the church, which holds one of the most amazing examples of mosaics gone wild. Highly recommended. 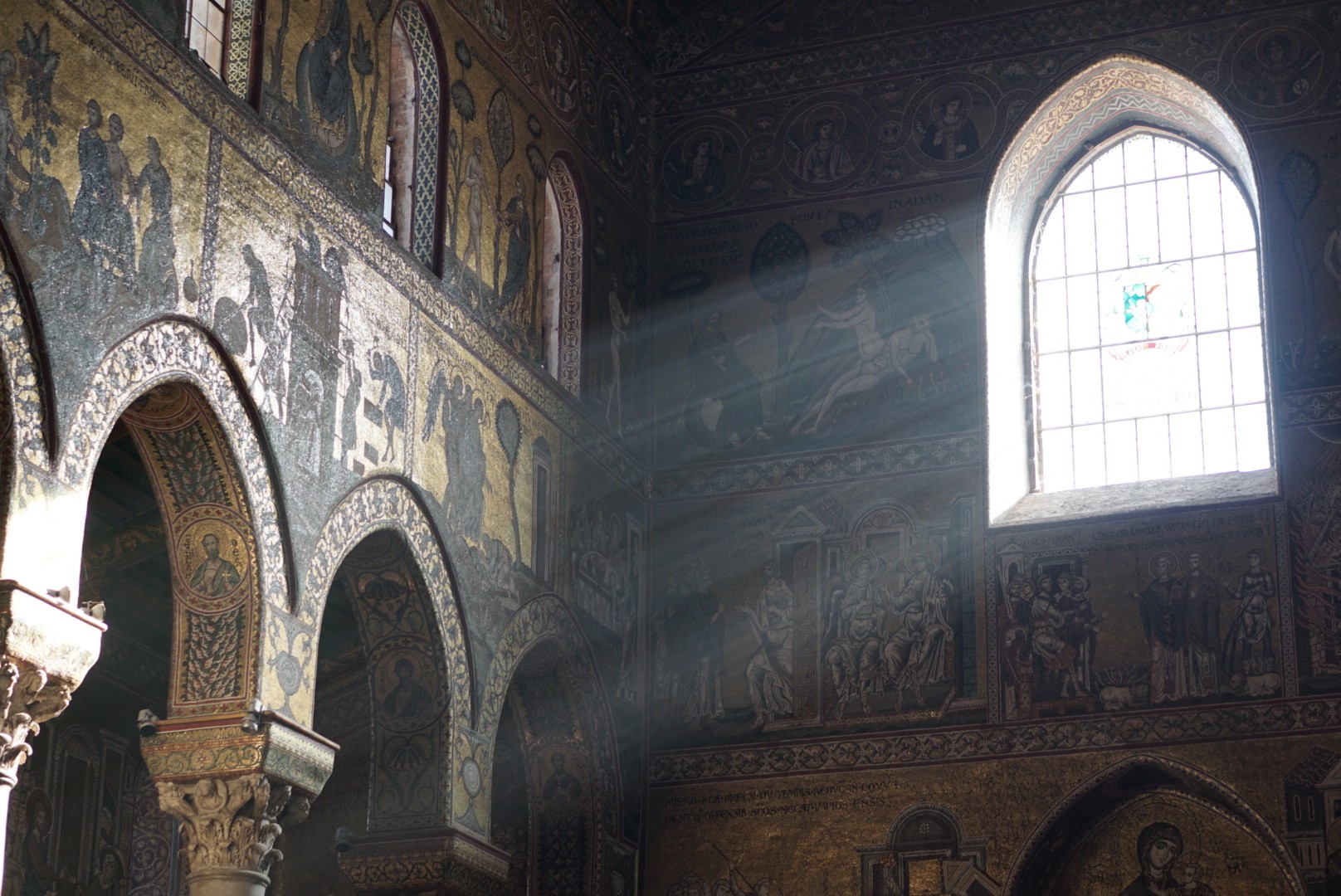 We then went to the historical center, where we noticed what seemed to be a wine tasting in the Museo Contemporaneo. In fact it was a closing night party for an exhibition of Paolo Troilo, who personally gave us a tour of his exhibit. Using only his fingers (no brushes), he creates moving paintings full of motion and energy.

We then drove to Messina to see Pippo Arrigo. After giving him the fabric and telling him what I wanted he drew sketches of the jacket. One will be a single breasted, three roll two jacket in RAF blue fresco, with spalla camicia, three patch pockets, swelled seams and two vents. The other will be a double-breasted jacket in the NMWA oatmeal Fox flannel (thanks Greg!) which can be buttoned at either the middle or bottom, maniche col rollino, flap pockets and two vents. 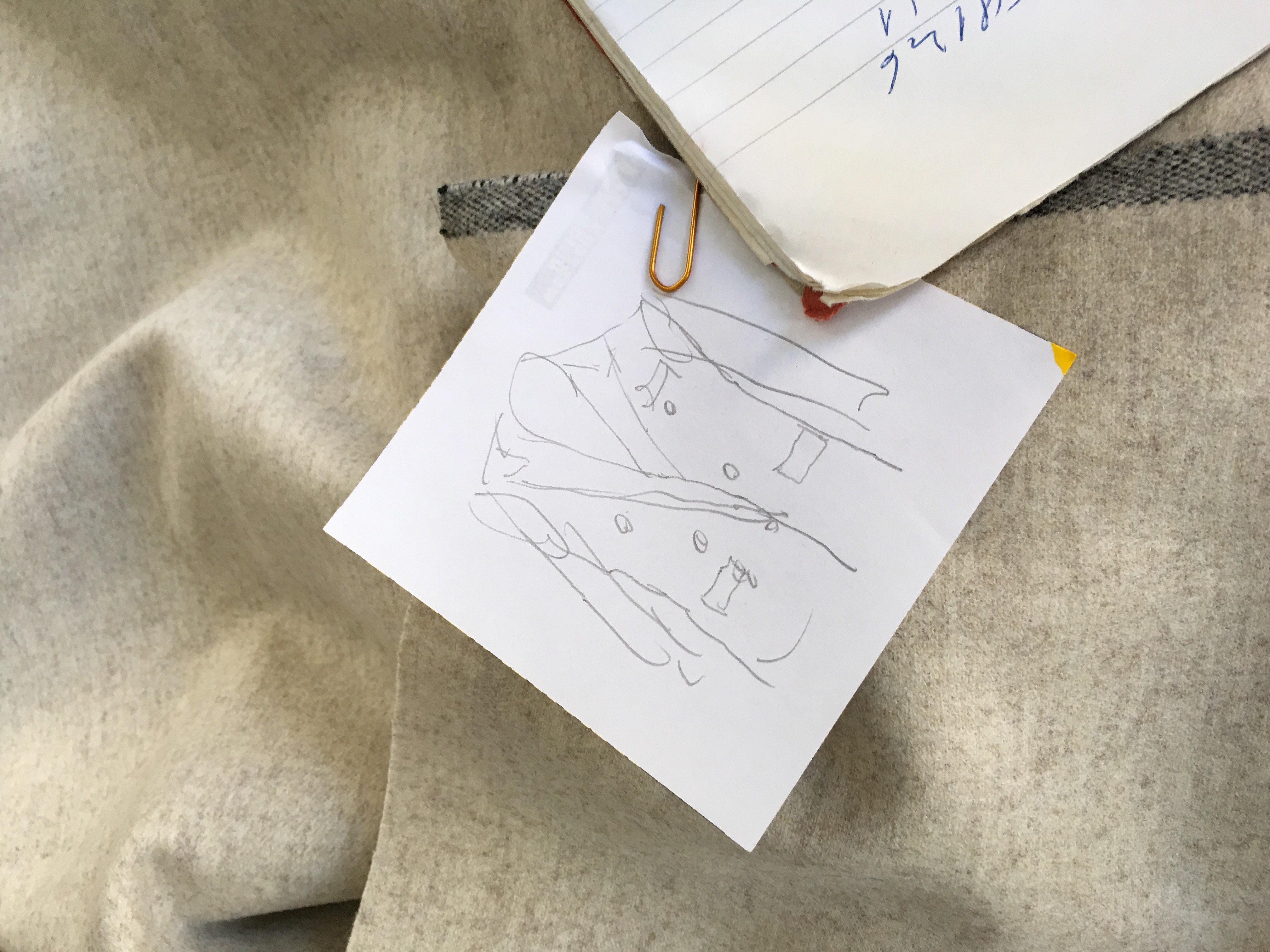 Compared to Palermo, which is old and grand and a little cramped, Messina seems very bright and airy. From there you can see the mainland, which is less than 2 miles away across the strait.

We then went to Catania to visit Vittorio Palmisciano. I left him with the DWW tabacco fresco and a wool/linen gunclub from Ed. Both will be made in a single breasted, three roll two jacket, with spalla morbida cadente, three patch pockets, swelled seams and two vents.

A few days later Sig Arrigo was ready for the prima prova. I was going to the beach that day so I went in shorts, so you'll have to excuse the pink shirt: 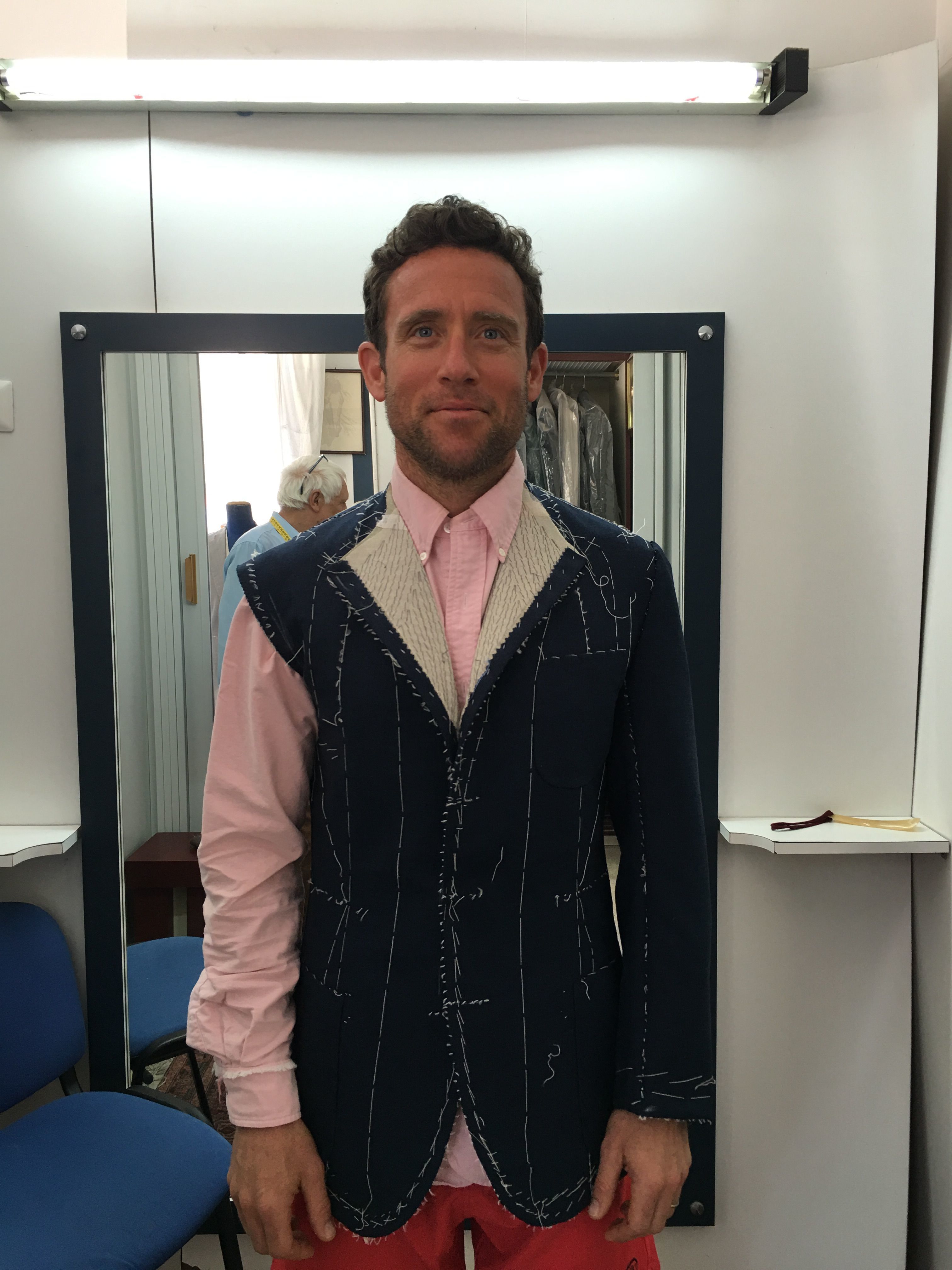 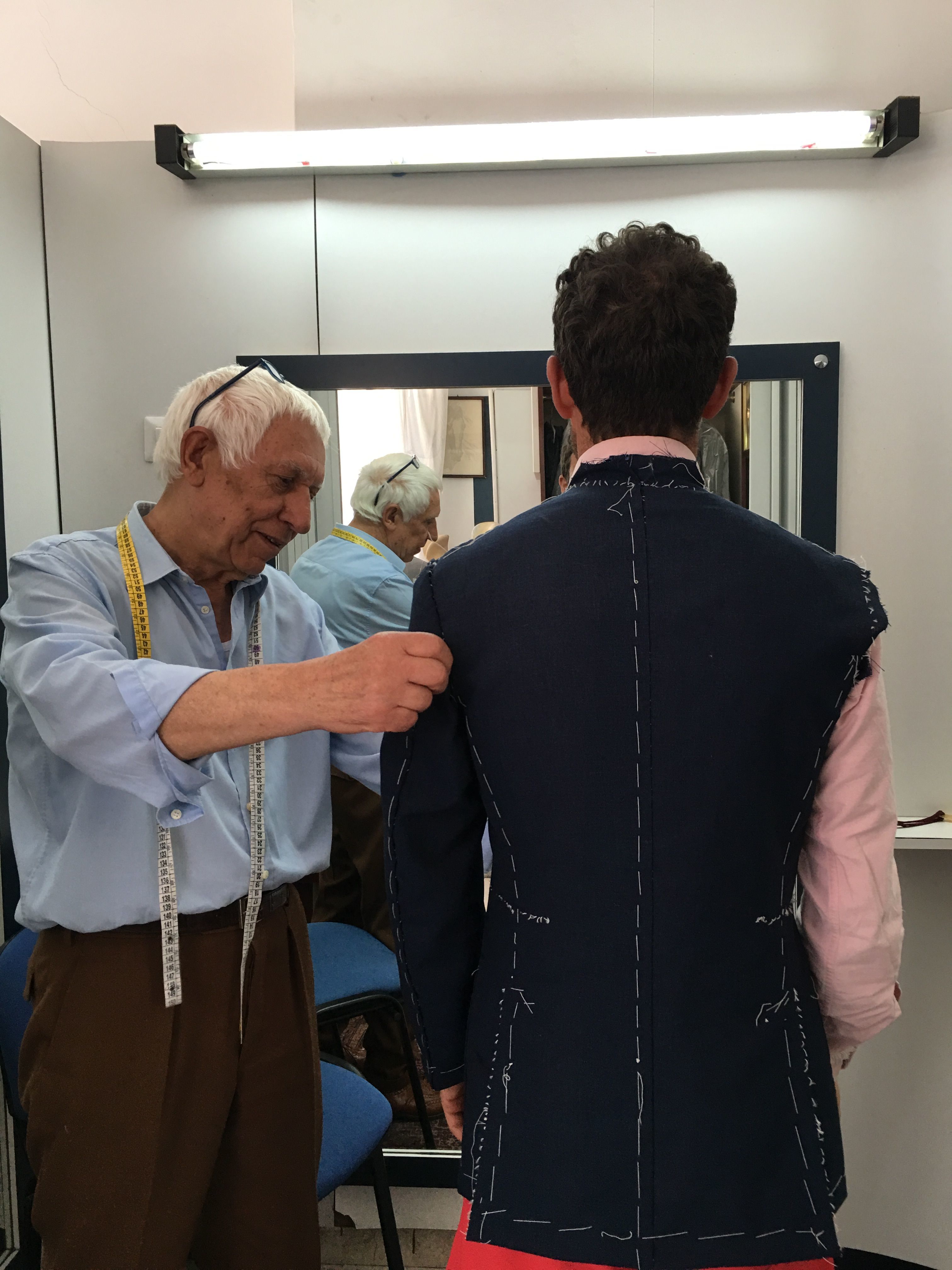 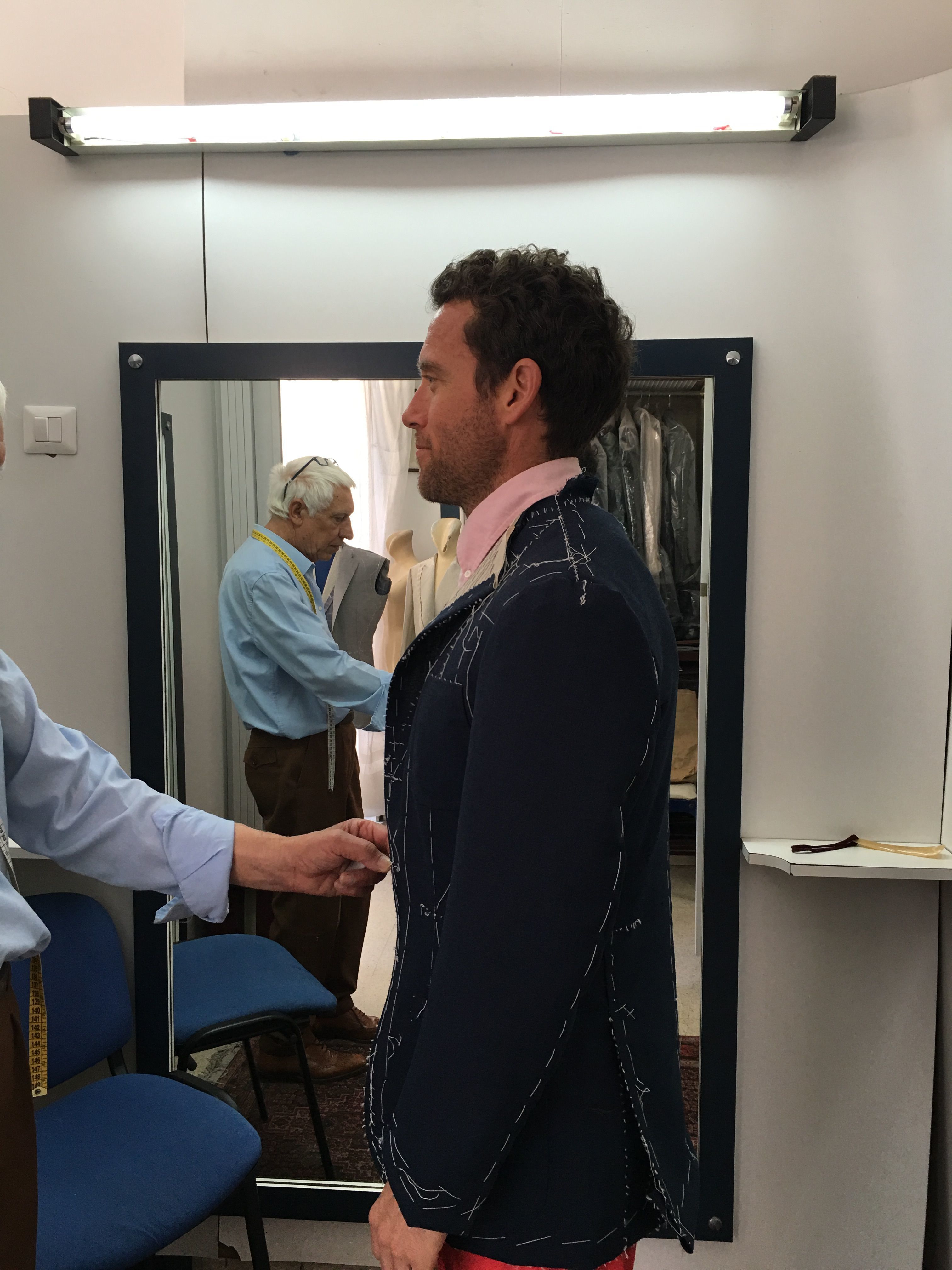 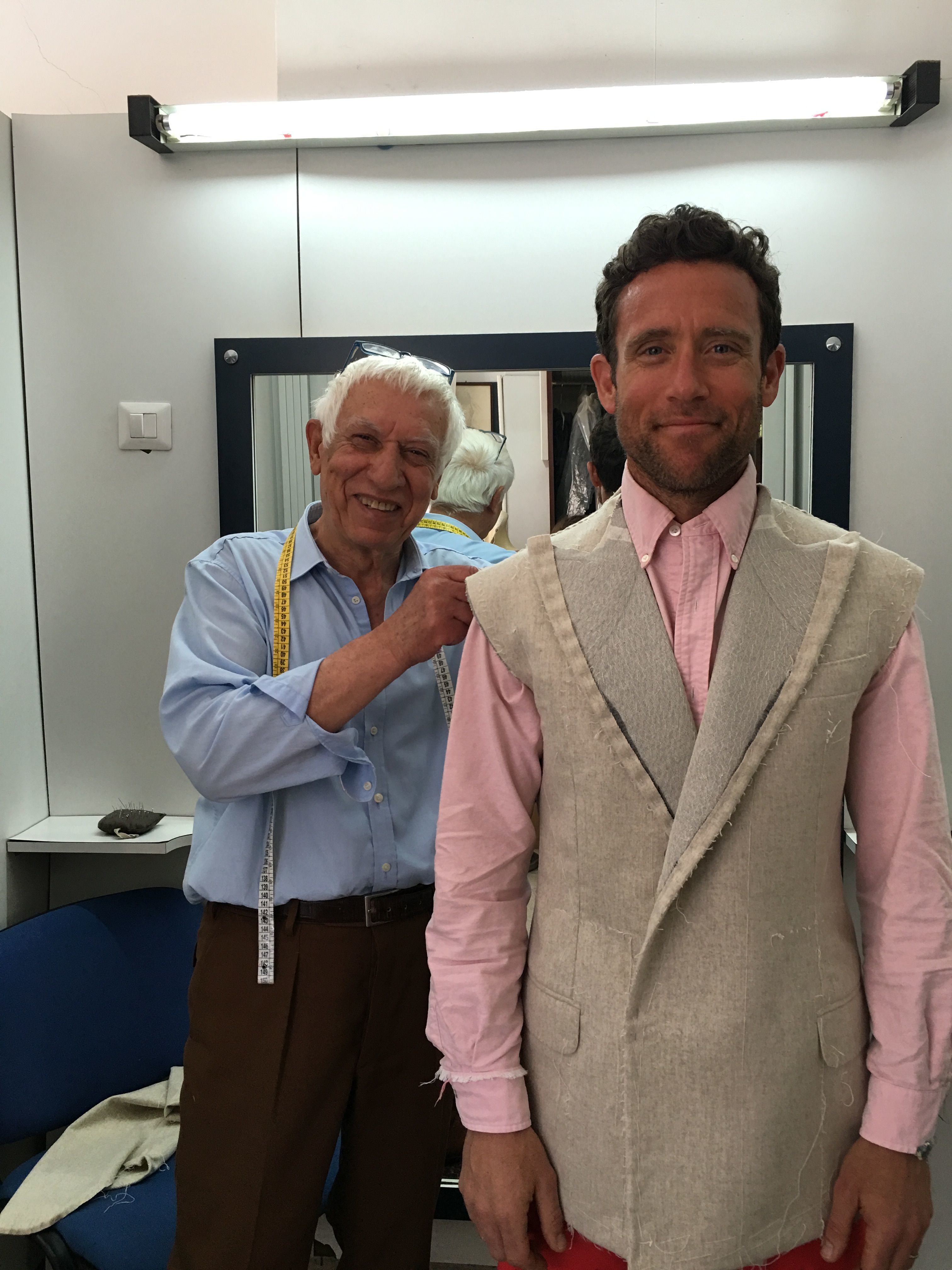 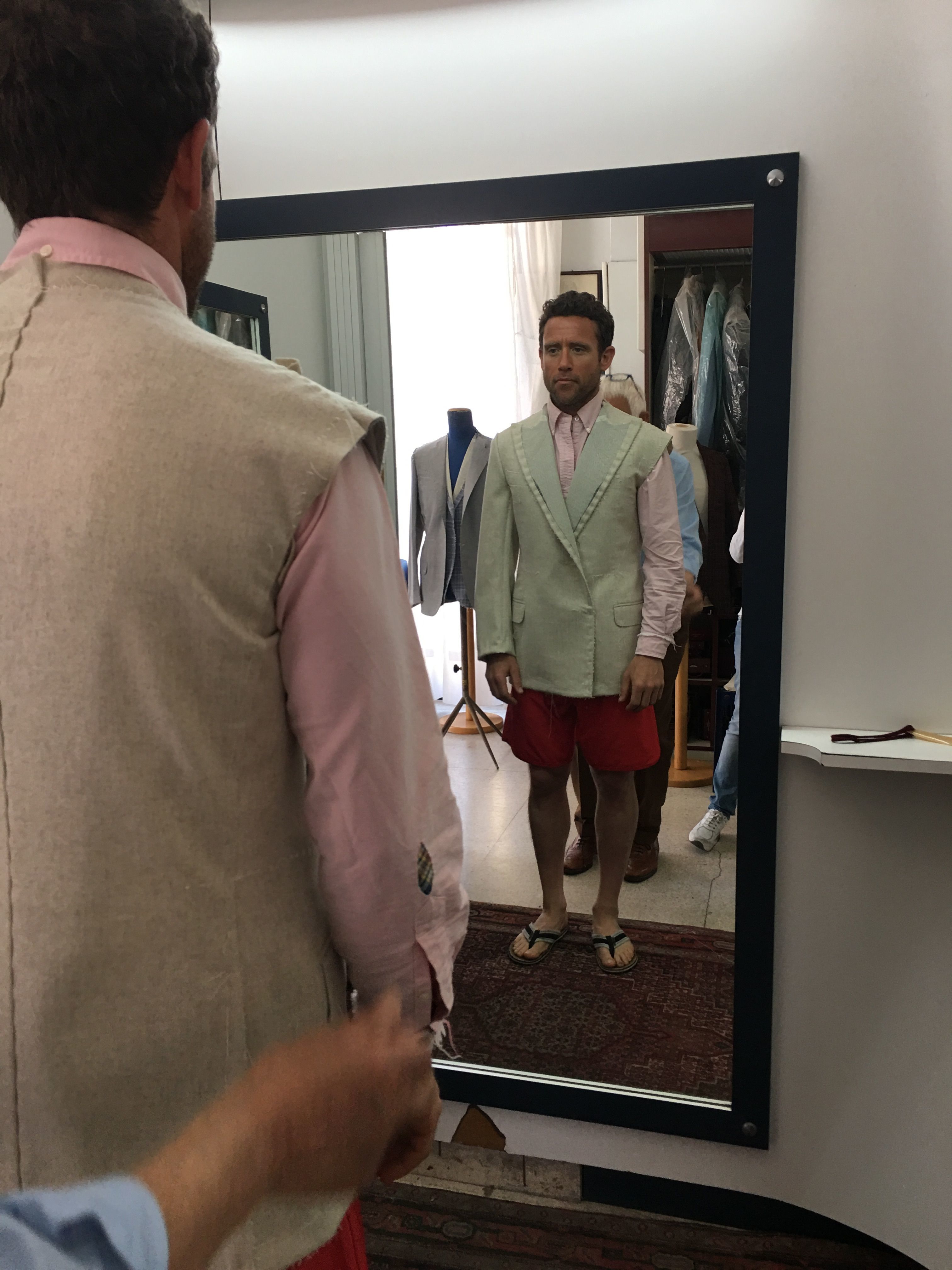 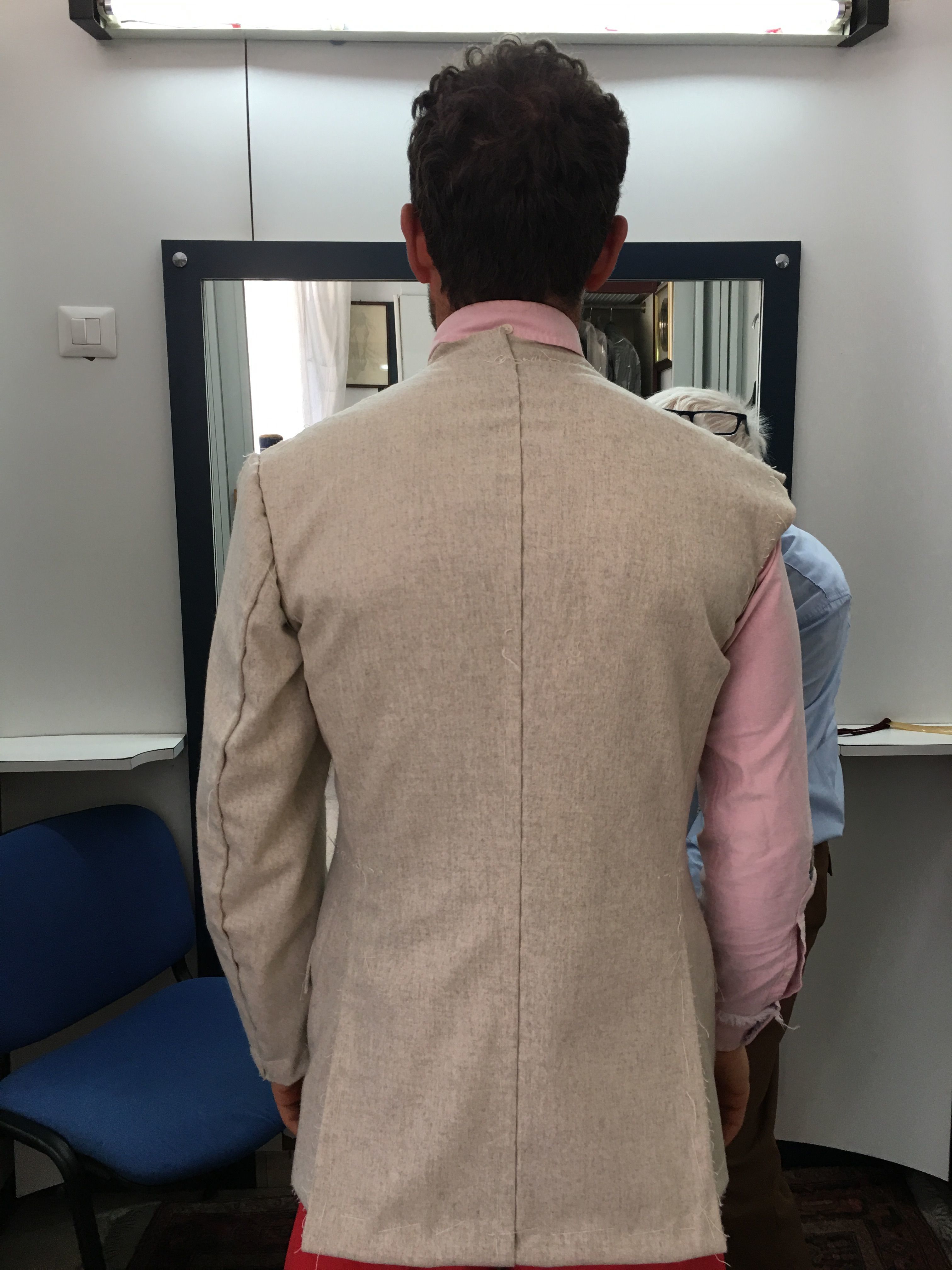 One of the sleeves needs to be rotated and shortened a bit. The seconda prova will be this Monday, right before we leave for the Aolean Islands.

Sig Palmisciano is a little busier but this morning he sent me this: 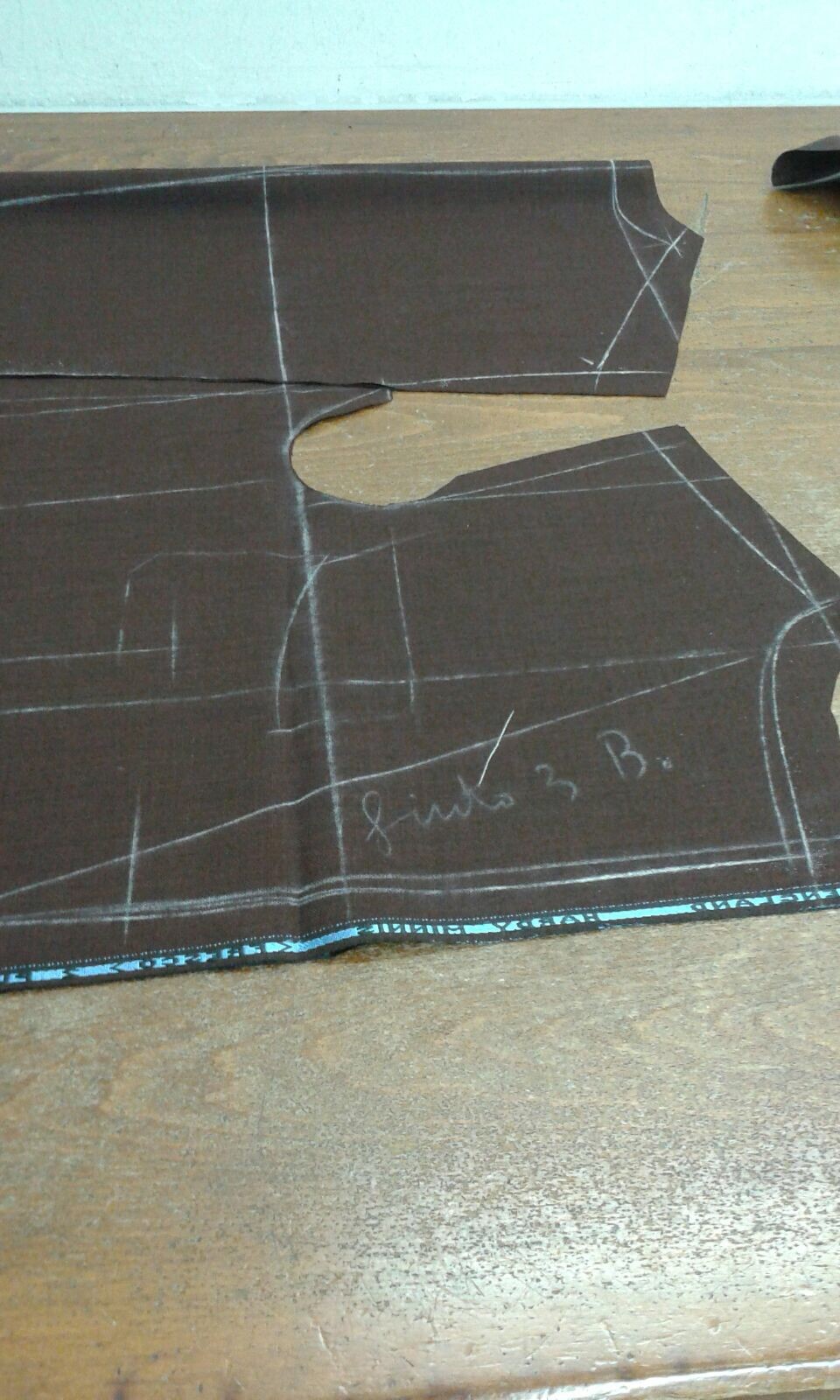 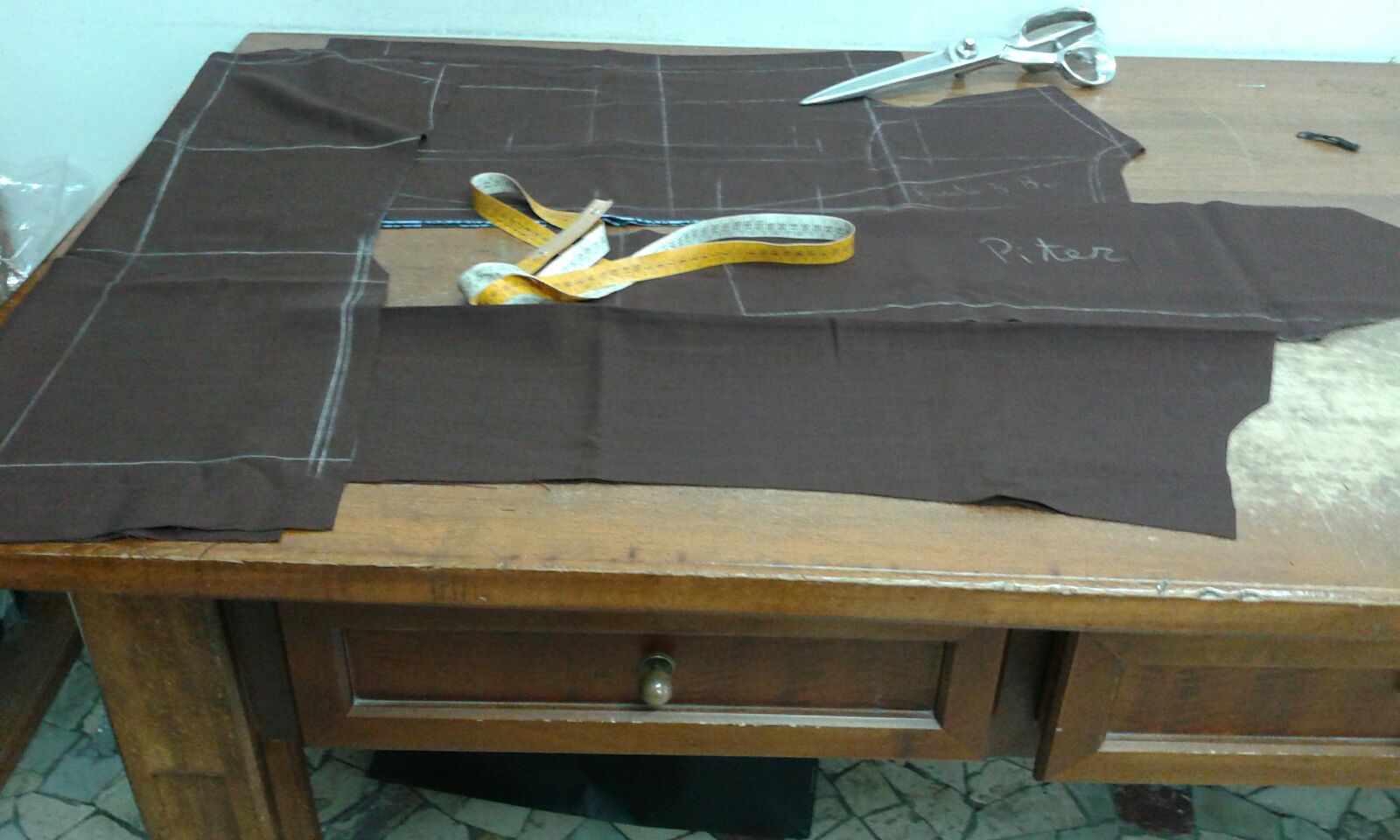 Prima prova will be this Sunday. Can't wait.
Instagram

By the looks of your tan, I imagine you are spending quite a bit of time at the beach! Have you had a chance to visit Taormina? I visited Sicily quite a few years ago and quite liked the Ancient Greek sandstone temples in Agrigento. I also picked up a taste for Nero D'avola.

are you planning to go to west Sicily?

Everything looks great so far, UC. That oatmeal flannel DB looks like it's going to be amazing!

Thanks for starting this thread my friend, I can't wait to see the finished products!!

We went to Taormina but really fell in love with Castelmola. Smaller, fewer tourists, better views. Here's a pic from the top: 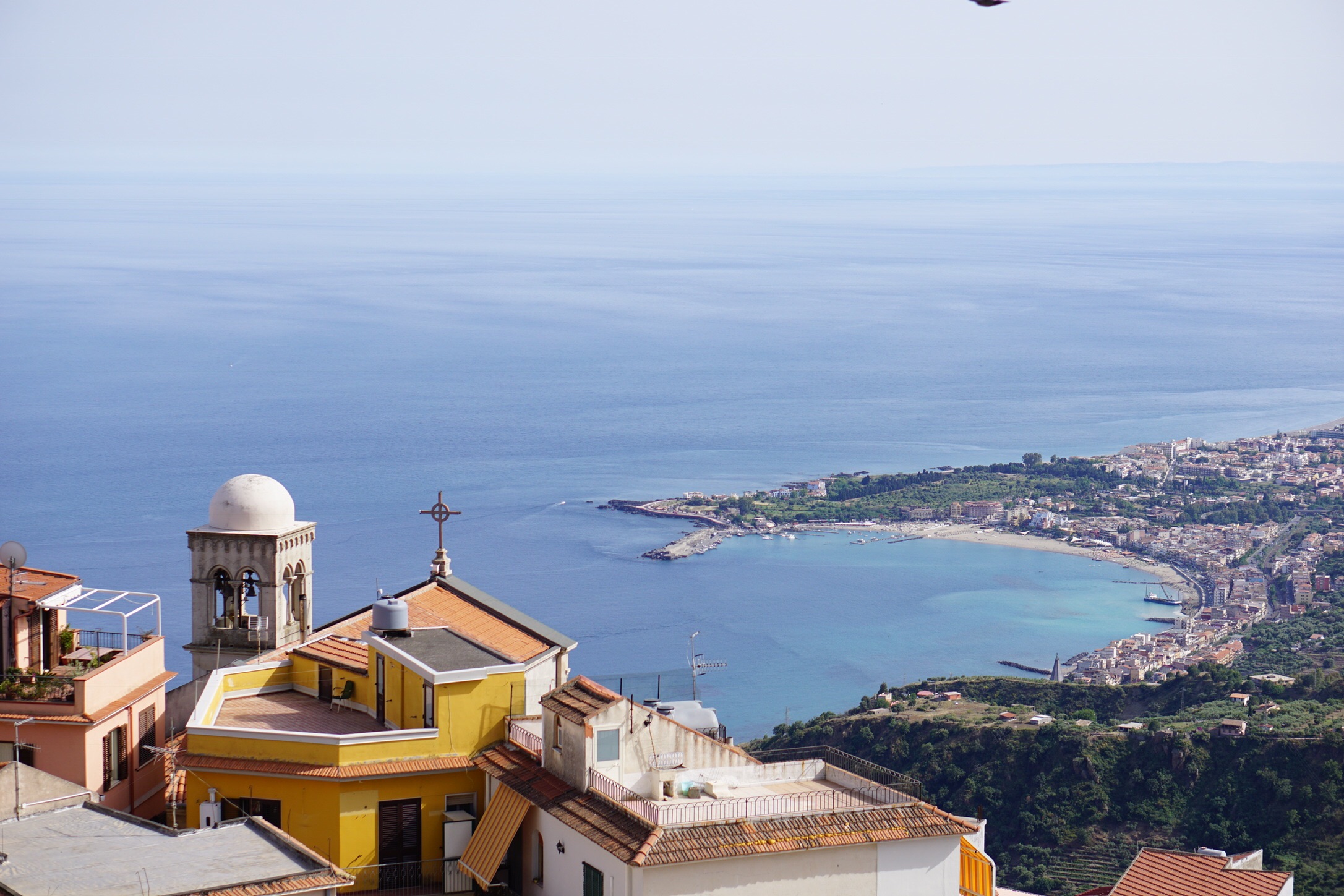 We went to west Sicily last time and stayed mostly in the town my great grandfather emigrated from, Mazara Del Vallo. I just might retire there.

I especially love the lapels of the DB. Many are too severe for my tastes but he cuts a beautiful lapel.

More than anything else I was amazed by the fit. From the pics and the mirror it seems to be cut close but it doesn't feel tight at all.
Instagram

Based on the pics, you're looking at a double win.
Beautiful tailoring. What is the turn around time for a completed
jacket/suit? I was in Naples in 2014 and didn't even consider
anything because I was there for only four days.

To utilize their services and avoid confusion you'd have to either speak Italian or hire a translator; they don't speak English. Both are very accommodating but if you need a translator you have to find one and expect to pay about $20 each visit.
I'd allow a week and a half from the initial visit to the final product, so if you're going to speed through Sicily these guys may not be for you. In my case I'm only having jackets done; the fresco trousers are being made up by the guys at Tailors Keep. I'll ask who makes their trousers and if it would add to the turnaround time.
Instagram

Went back to Sig Arrigo yesterday for the second and final fitting, jackets should be ready by Friday. The amount of detail is amazing. On the double breasted jacket, for example, since either the middle or the bottom button can be used, the middle button is also finished on the underside. I tried to get a picture of it but wasn't very successful. 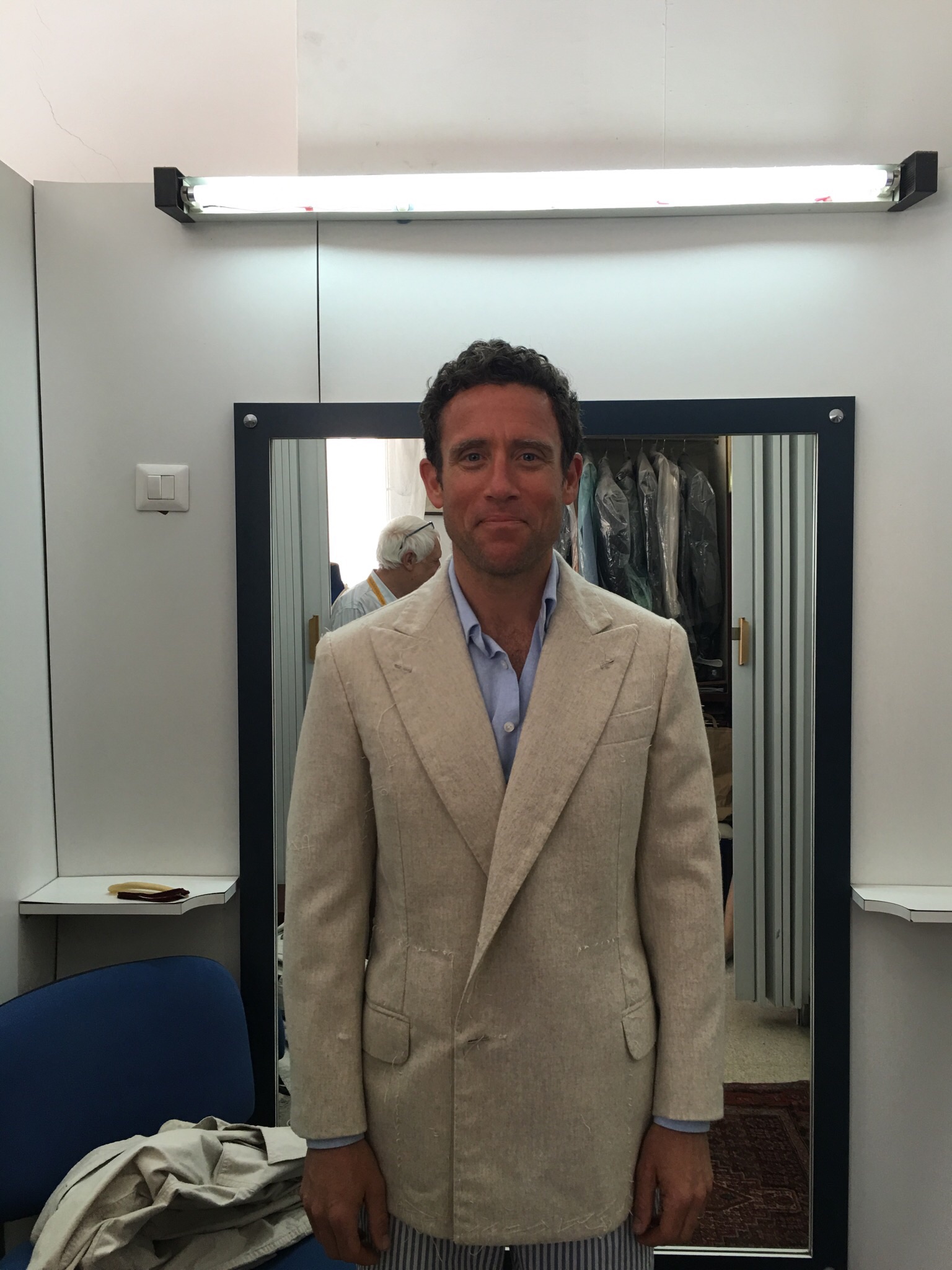 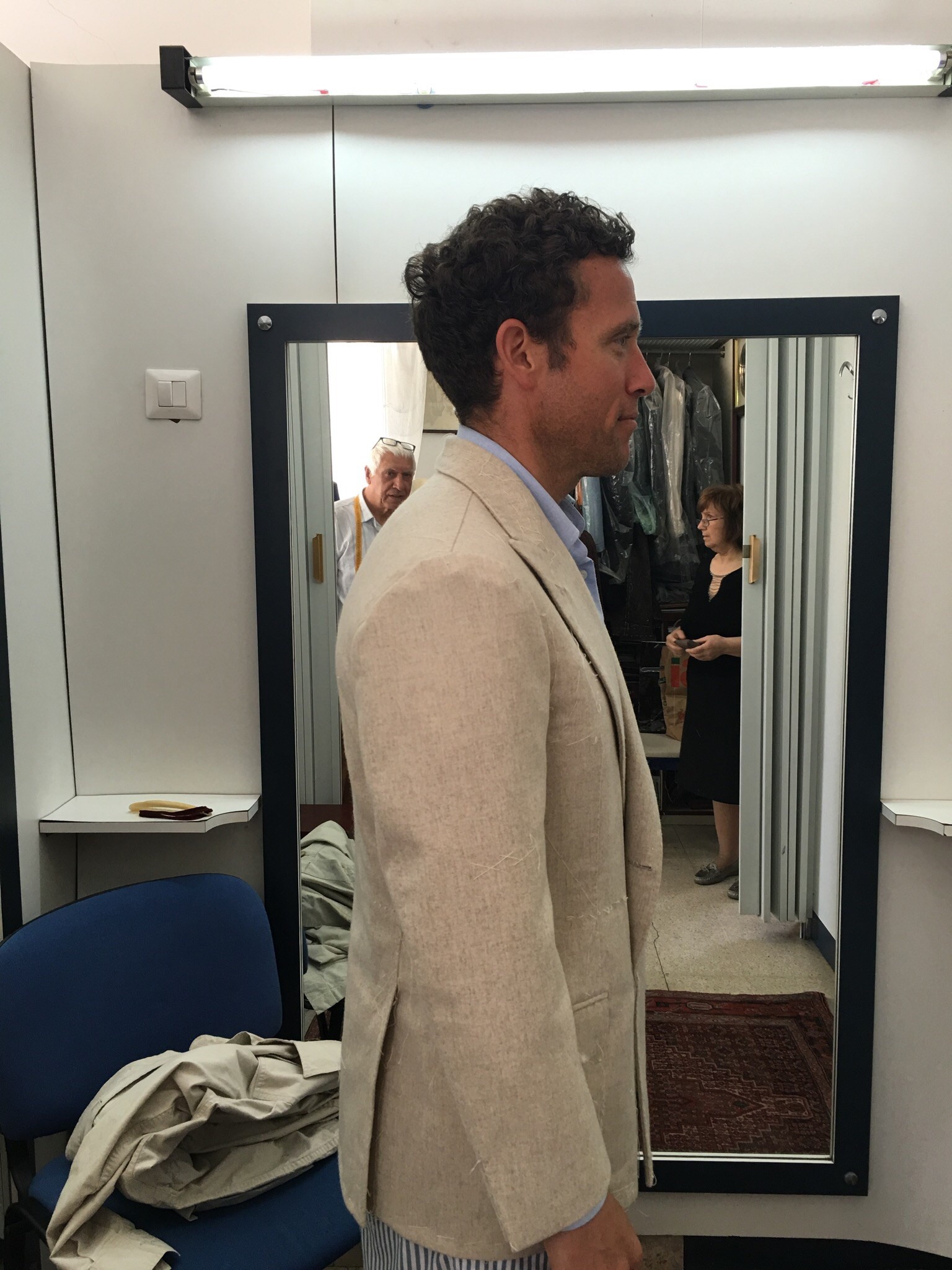 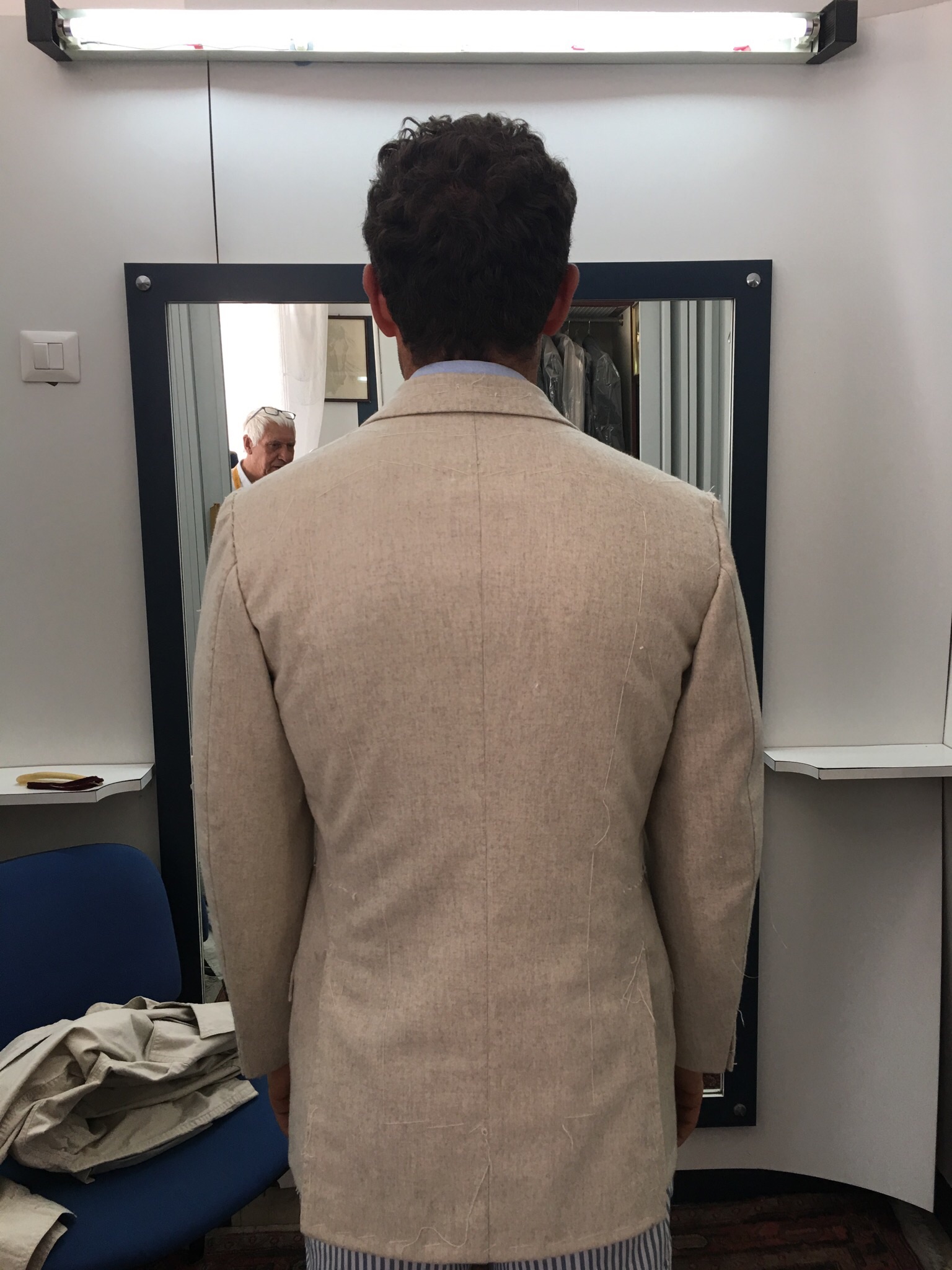 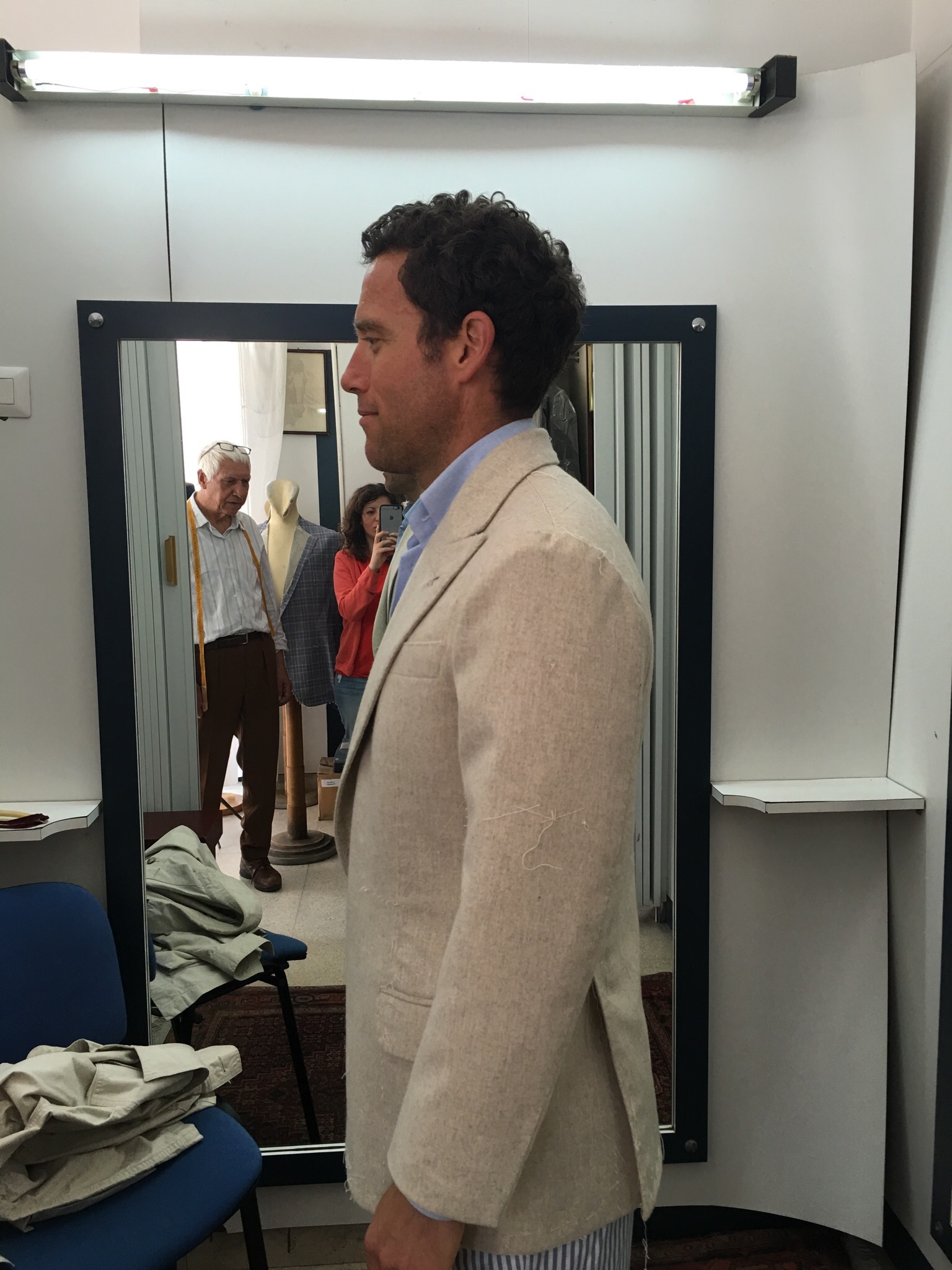 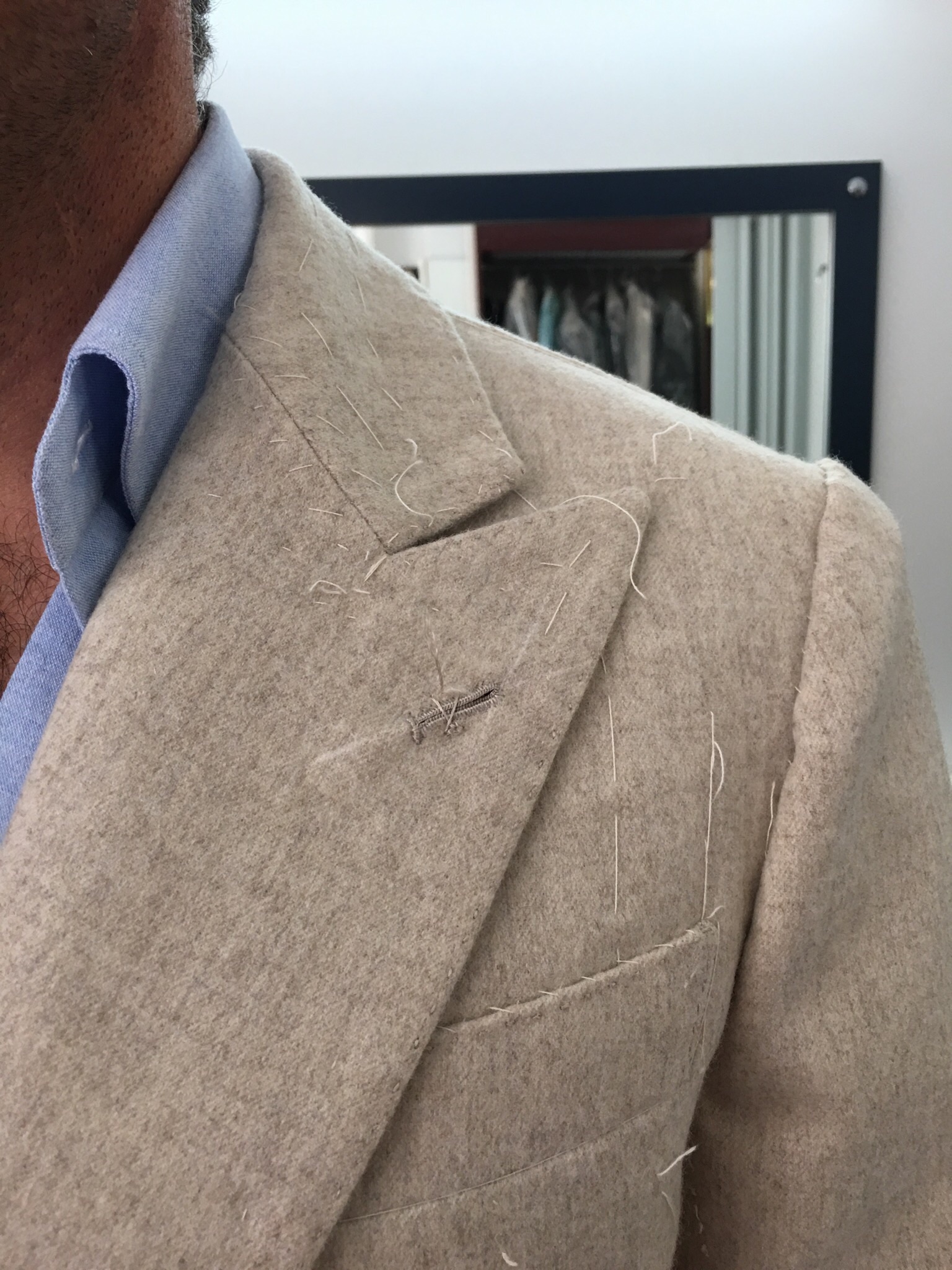 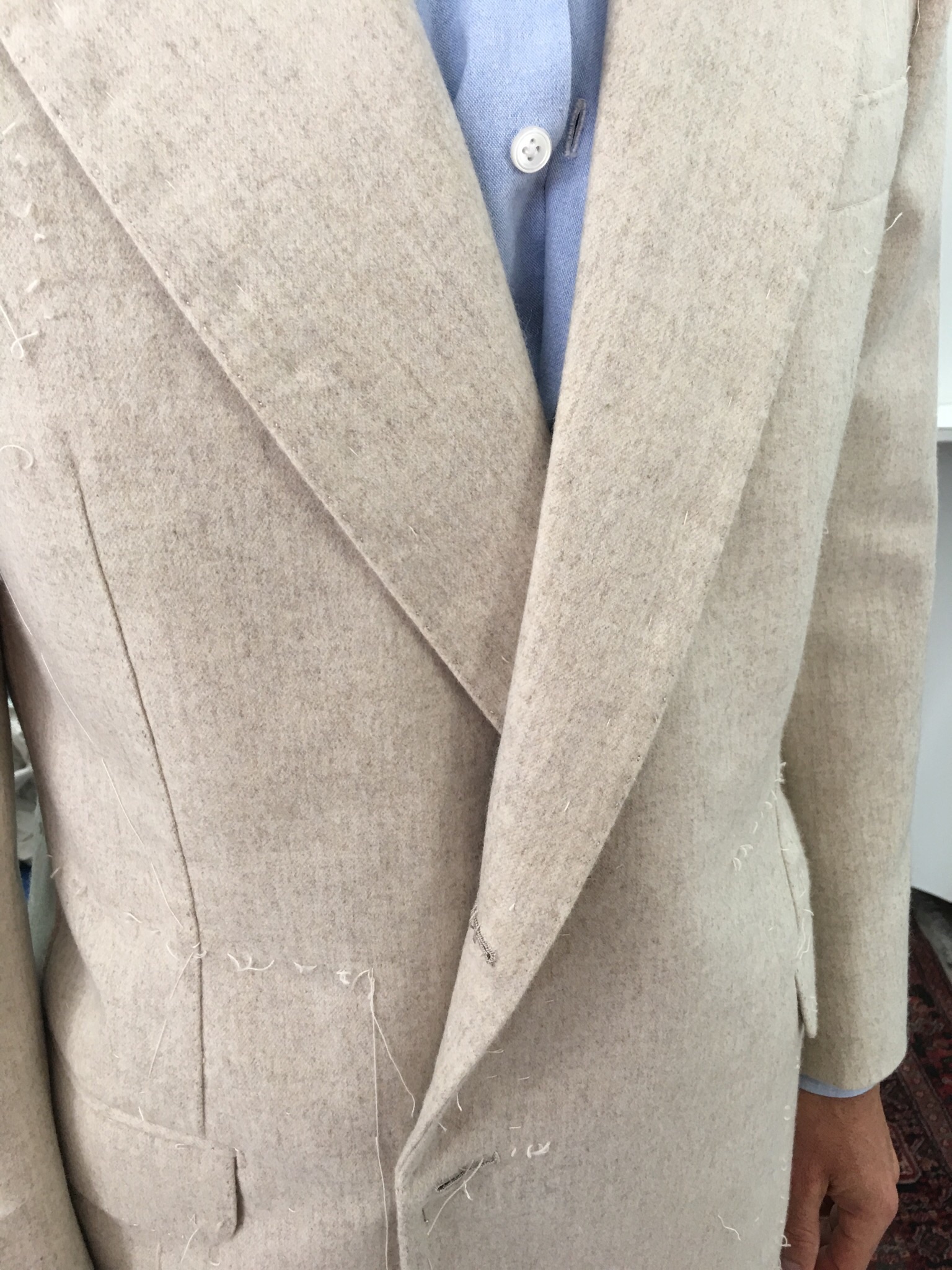 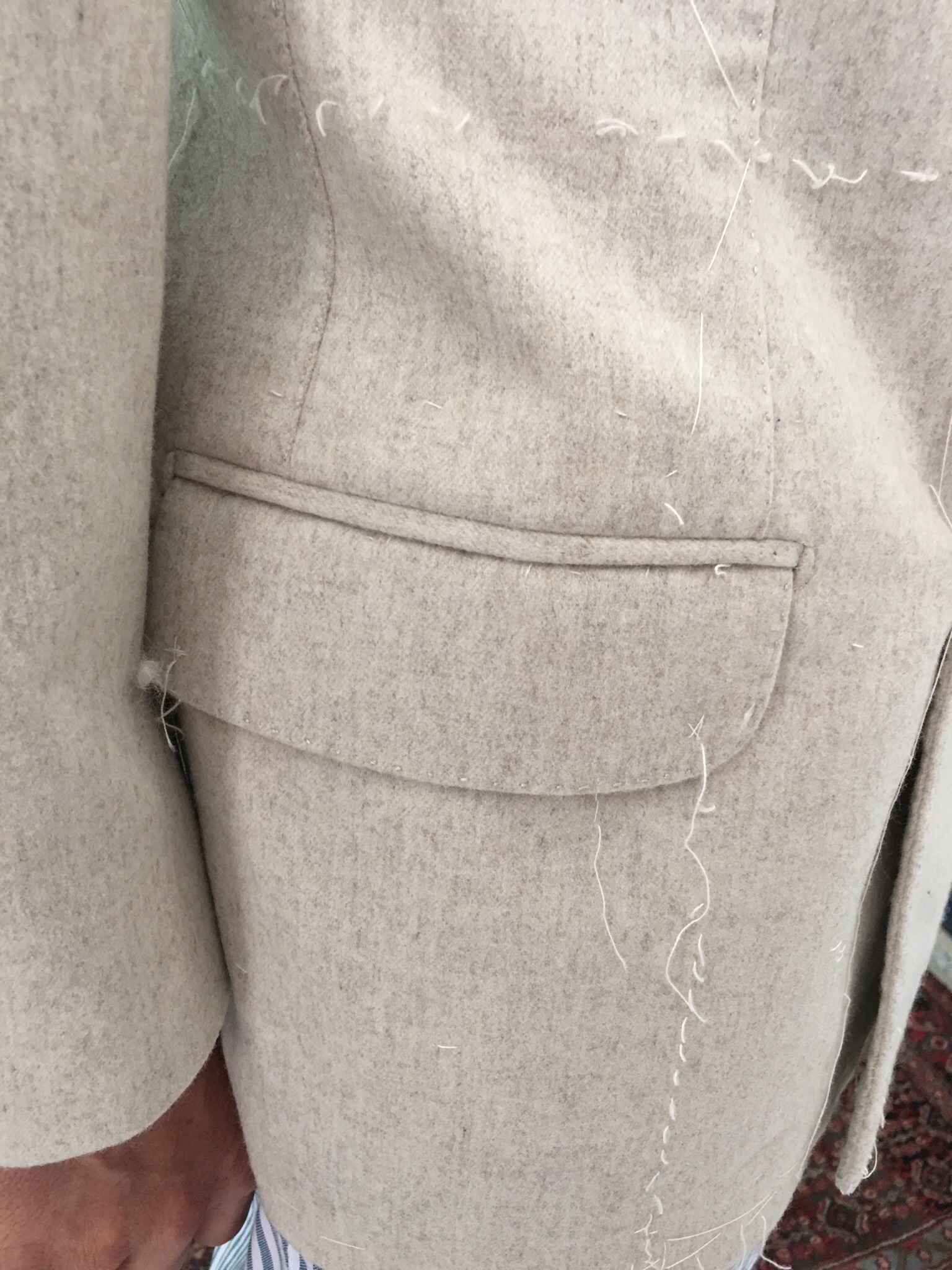 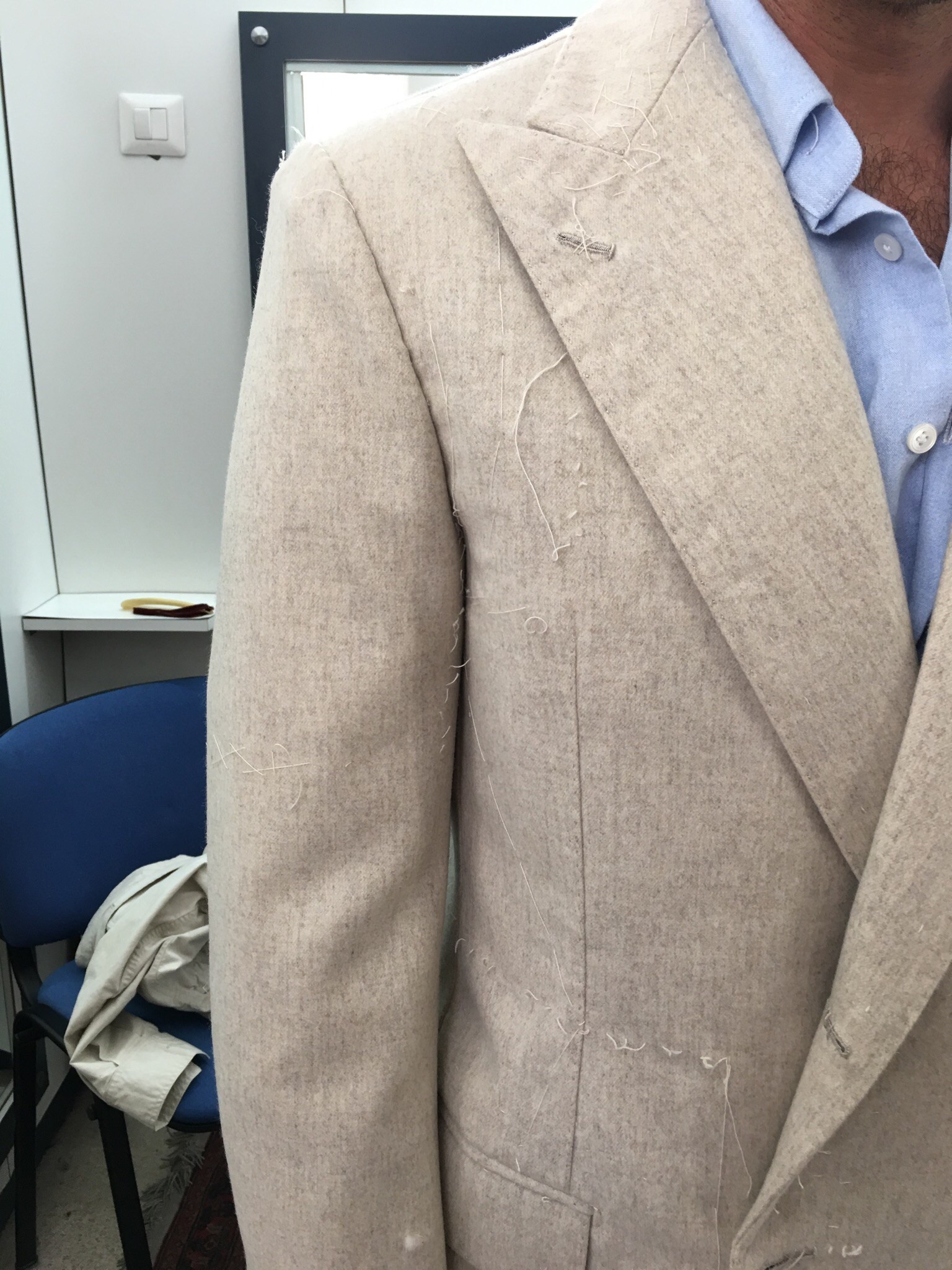 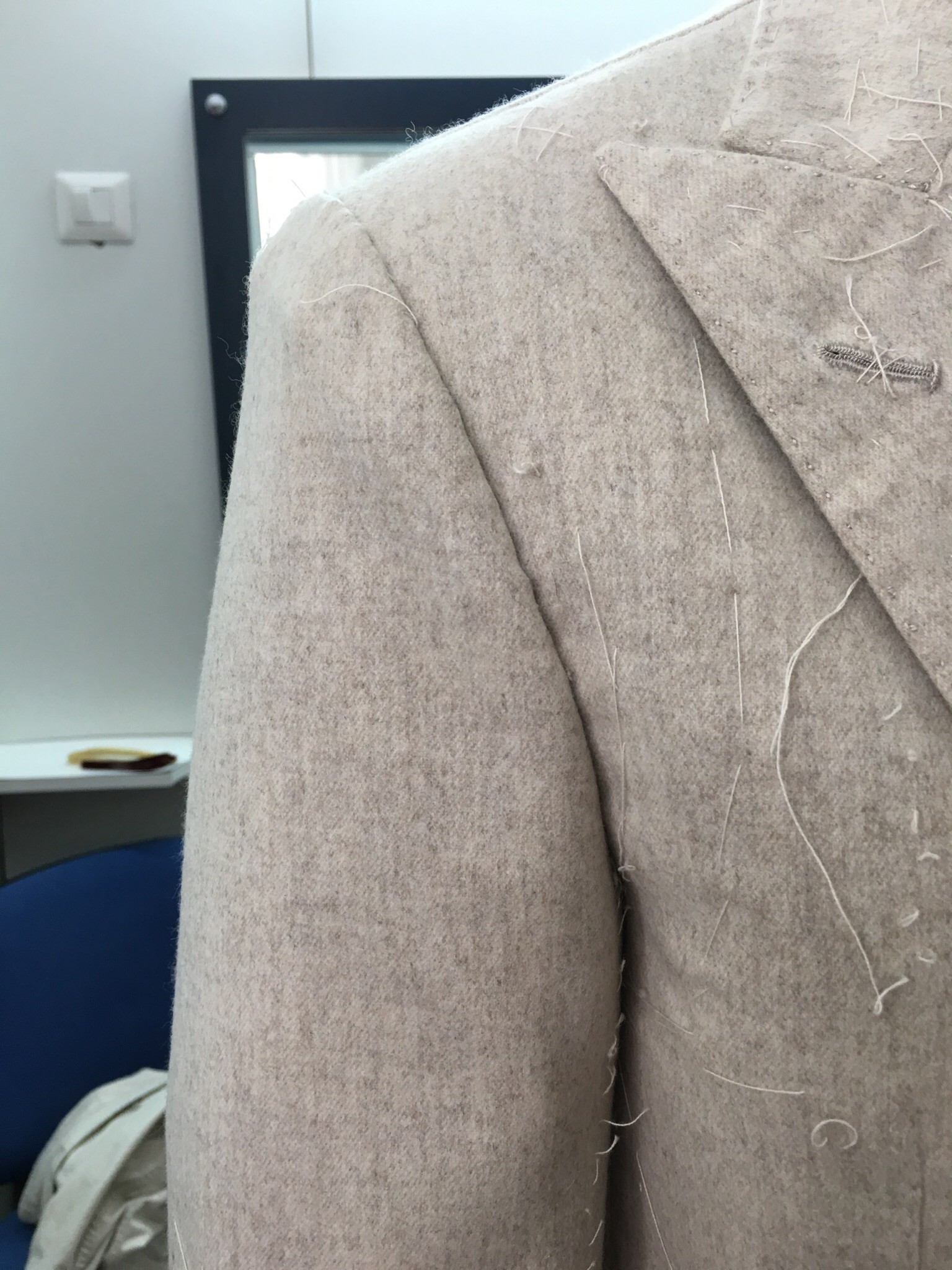 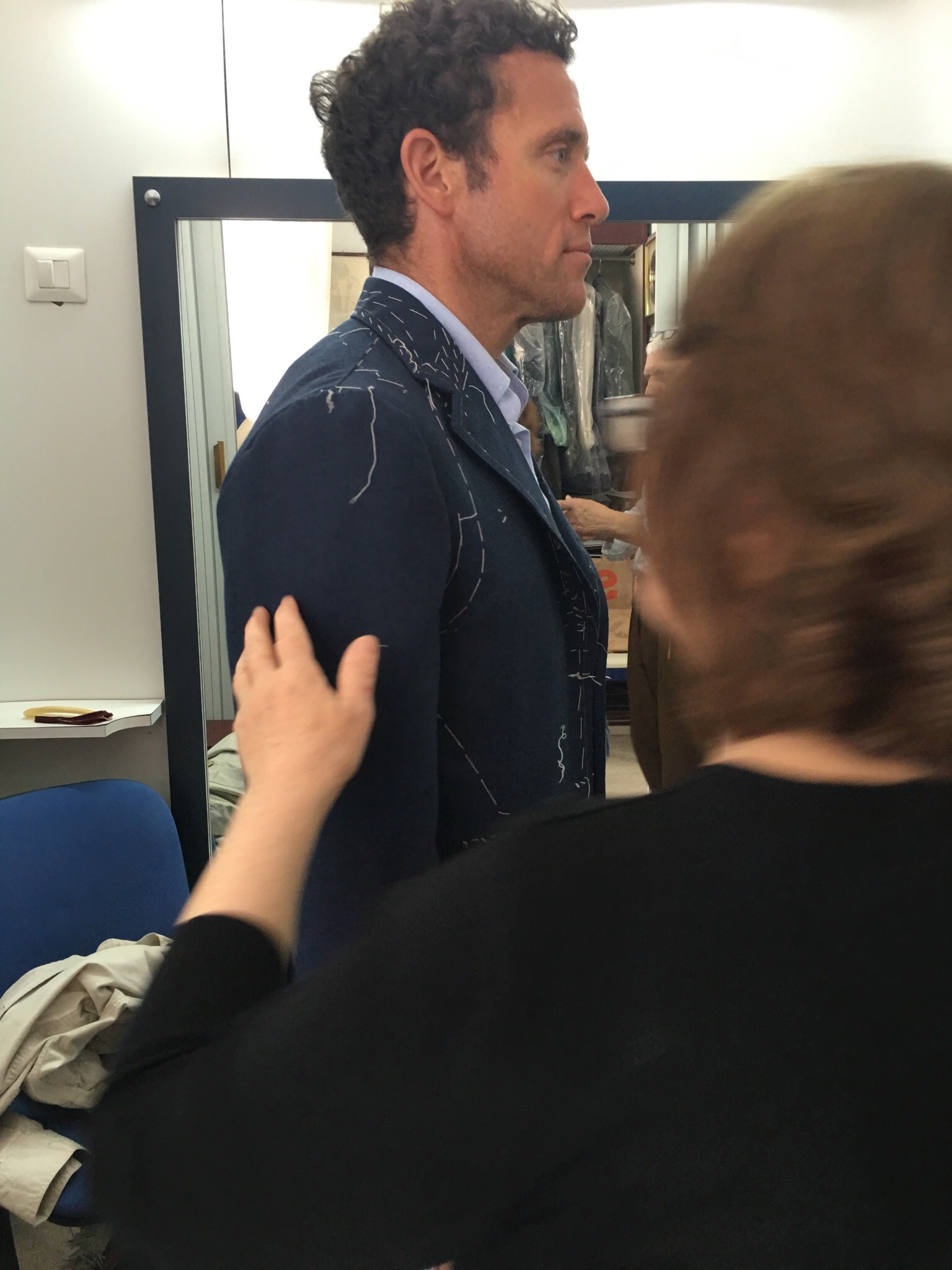 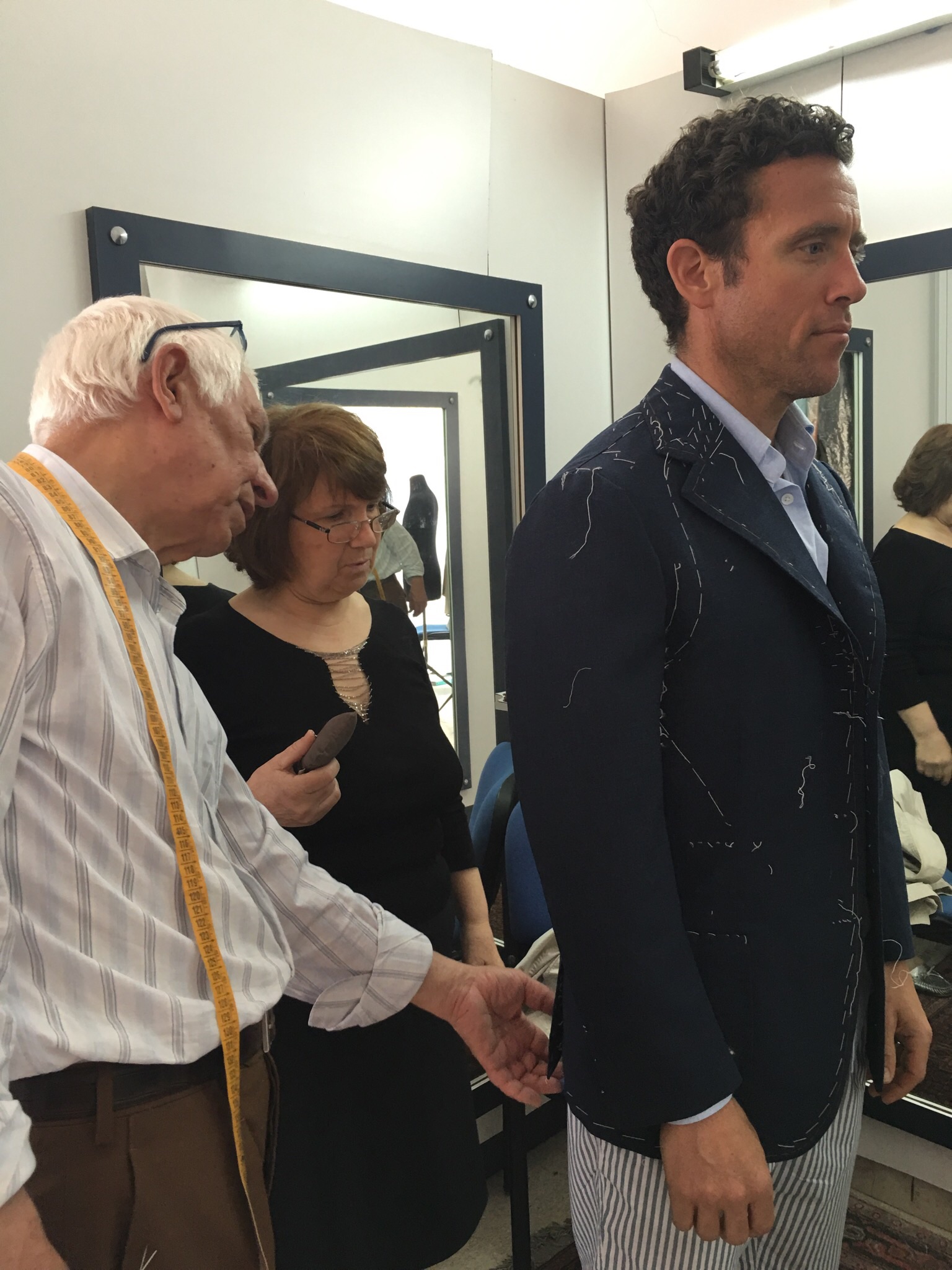 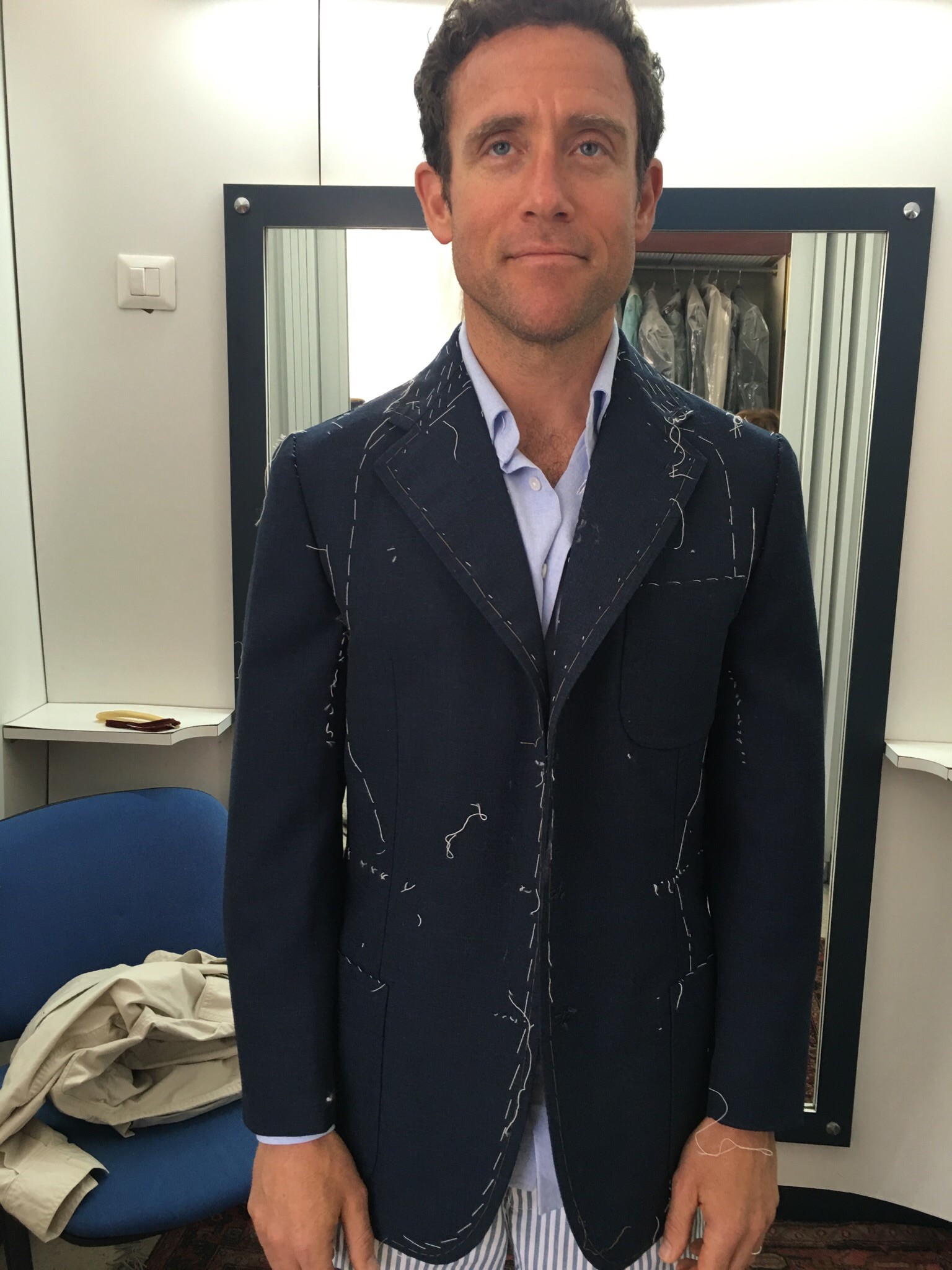 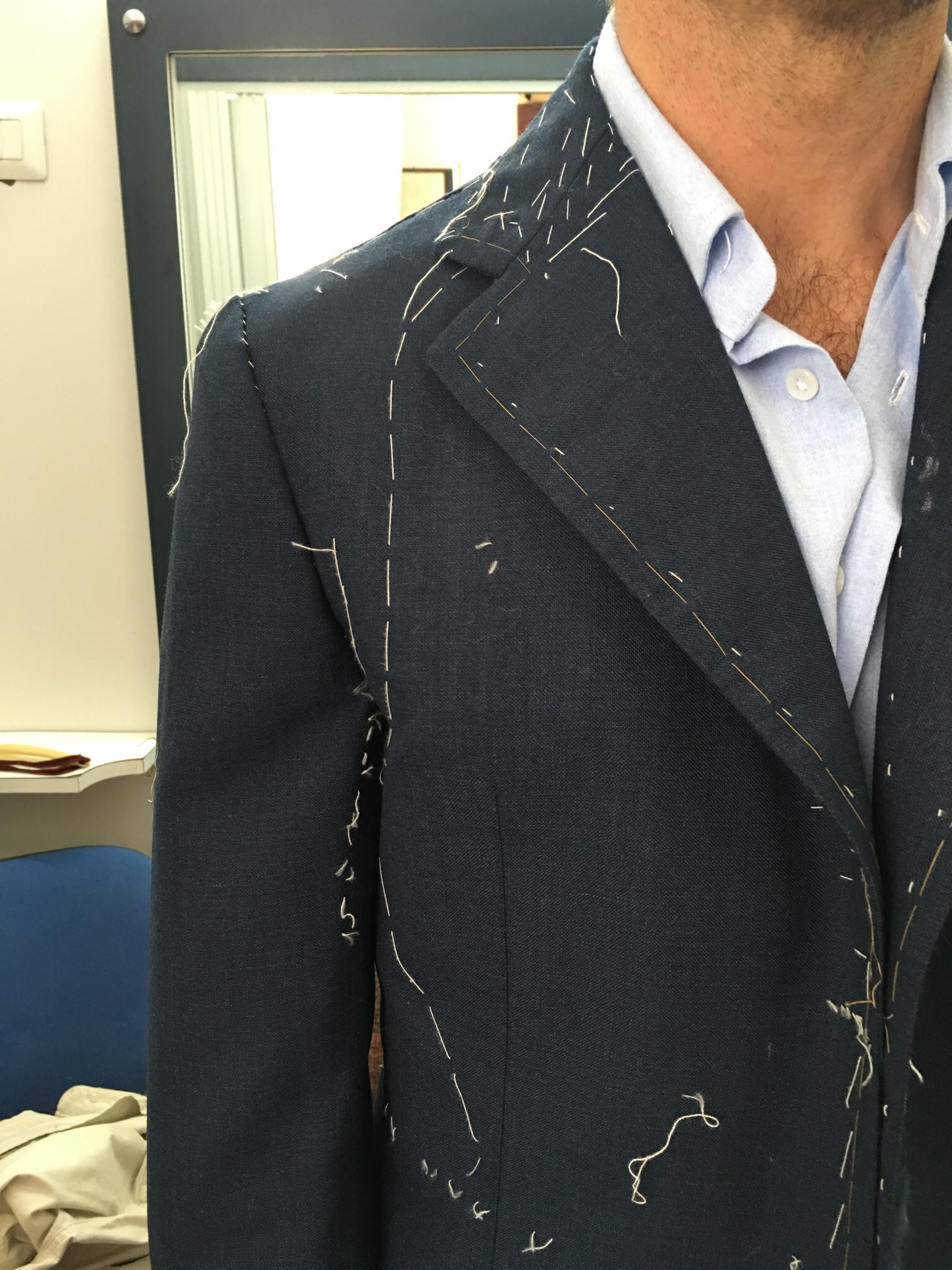 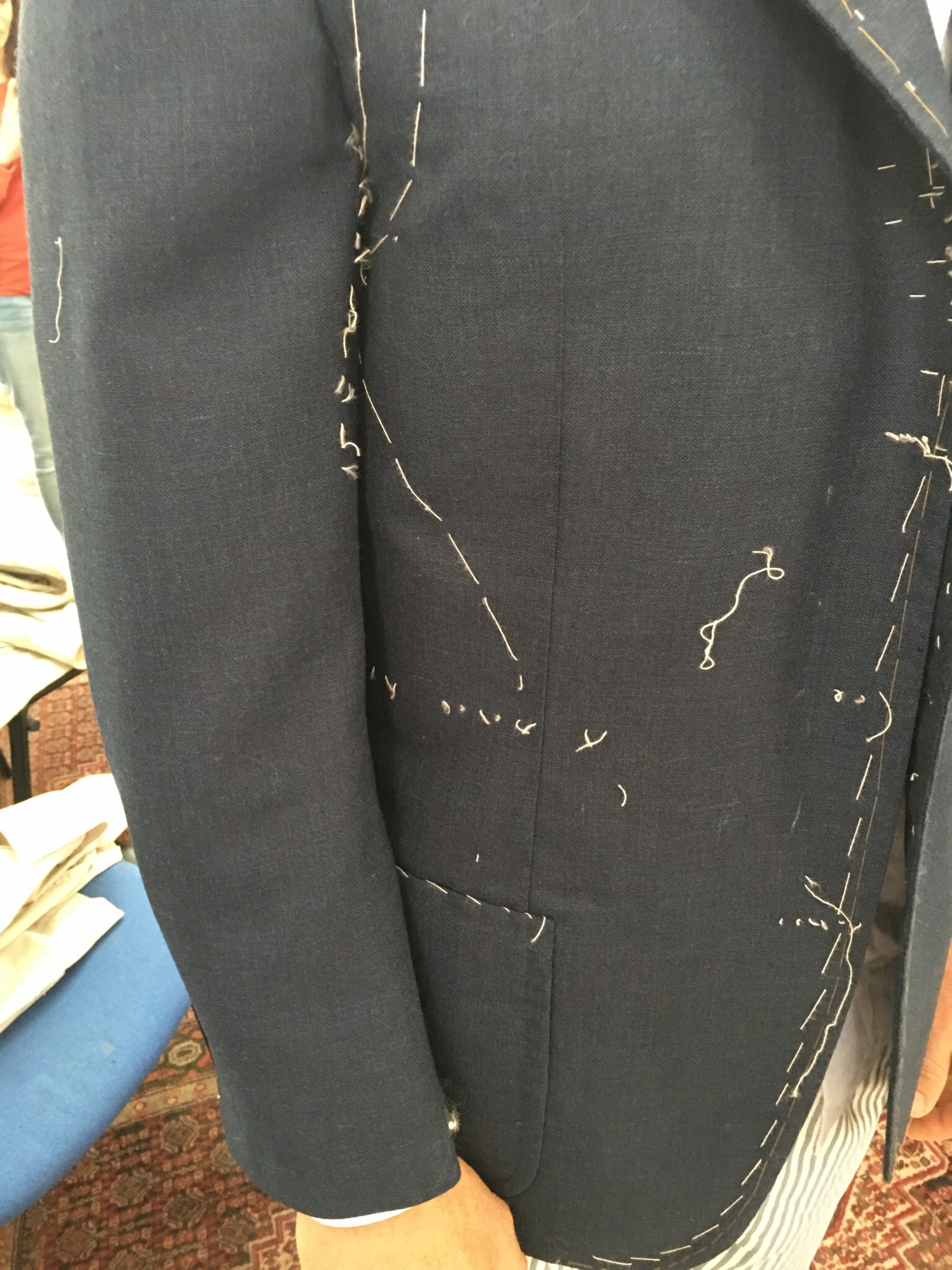 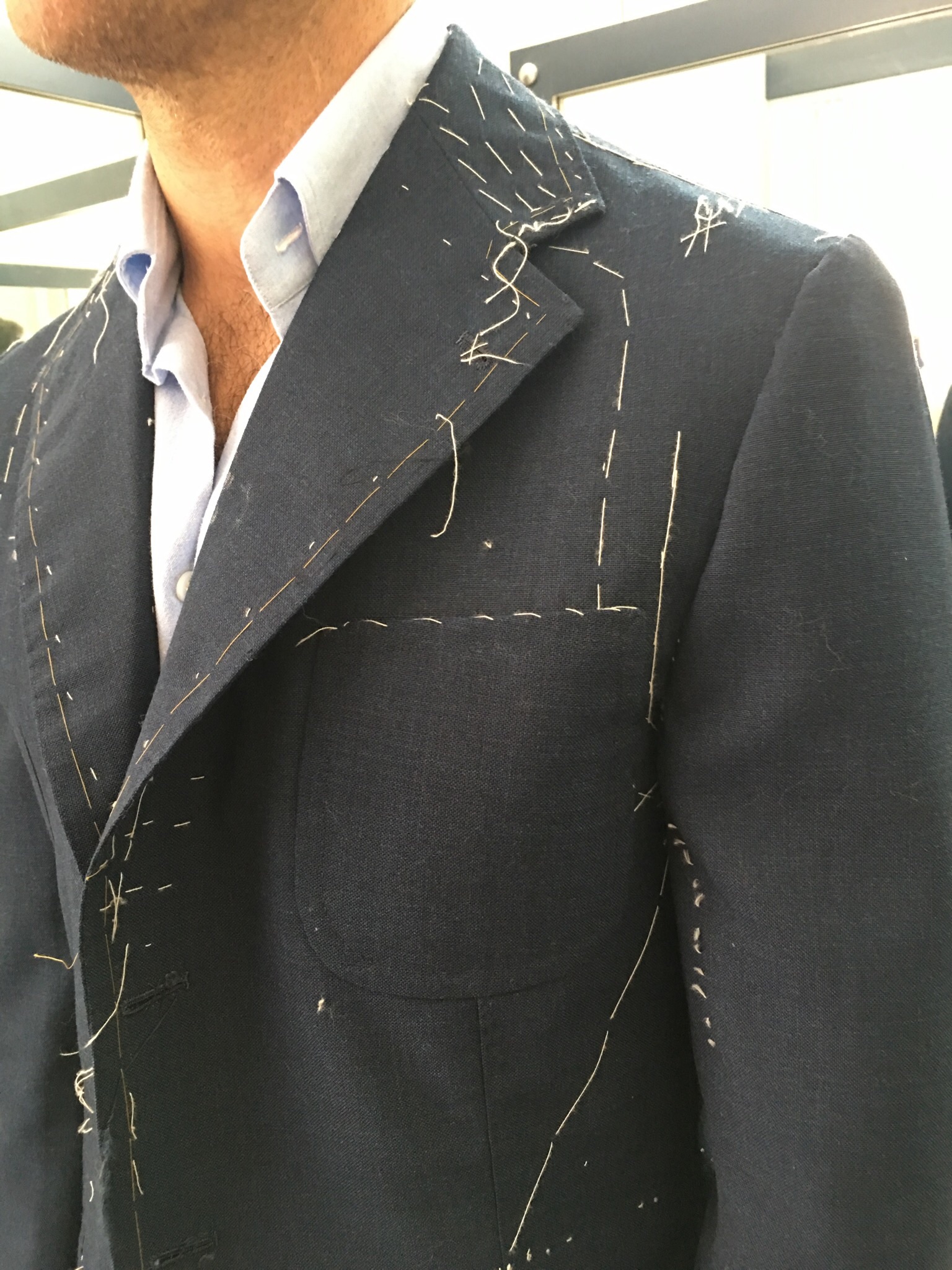 I remember talking about this trip last time I was in SF.....good call on going DB with the oatmeal flannel. Everything looks great. Have fun!

Wow !!
I live in Messina,Arrigo is the my tailor.
Currently he work on a hopsack double breasted blazer for me.