Does anyone carry a wallet in their bag?

As a foreward, lately I've become obsessed with Japanese accessories maker Yoshida Porter. They make some indescribably great stuff. Soft lines, but rugged construction and exquisite attention to detail. I own 2 bags and both are fantastic. The deceptively roomy Monocle X Porter city bag is an excercise in restrained perfection.

Anyhow, lately I've been in the market for a new wallet. For 20 years I carried a small card wallet and loose cash. My wife got tired of seeing a pile of loose bills on the kitchen island every morning.and convinced me to consolidate into a small wallet.

I'm a front wallet kind of guy, so it's always tricky to find something small and slim enough. For the past 2 years, I've carried a terrific deep chocolate, paper thin J. Crew snap wallet, made from what appears to be some sort of Horween-eque polished shell cordovan. It's really nice and I like it so much, I emailed J Crew's CEO to ask what happened to the model and if we might see another. He actually wrote back and passed me off to his assistant, who then informed me she was working on getting a new version made, based on my email and photos. Turns out the wallet was made in a tiny batch that sold out immediately and was kind of forgotten.

In the mean time, I wanted a fresh wallet, though there are plenty of miles left on the J Crew. Porter wallets seemed a natural choice, but they're all priced pretty ridculously. You pay as much for a wallet as you do for a messenger bag.

I started browsing ebay and found myself drawn to one particular Coach wallet, with a soft slouchy look and a zip pocket. (Zip wallets seem to be all the rage lately, or maybe not just lately. I don't get out like I used to.) Coach was sold out of model, the Bowery zip bifold, as was every secondary Coach dealer, so I wrangled a price with the seller and took delivery today. It's brand new. I may have gotten one of the last new ones on the planet.

The wallet is just plain awesome. Lots of pockets, a roomy bill slot, a side length zip pouch, and a nice, soft but rugged hand to the leather, not unlike a Porter bag. Hmmm. I poked around Rakuten and checked out some of the Porter wallets again. I was quite surprised to find nearly the identical wallet being offered by Porter. The Coach Bowery is a nearly stitch for stitch copy of the Porter "Soak" model. I have no doubt that the Porter wallet came first, and that some designer at Coach owns or saw the Porter version in Japan and decided to rip the design. Literally the only difference is the orientation of a single card slot.

Funny how when you discover a new brand you like, you can become unconsciously tuned into their whole aesthetic and it becomes your own personal trend. I was drawn to the Coach wallet, without realizing that it was because I had recently discovered Porter. And sure enough, the wallet is basically a Porter.

Right, so the wallet, the Coach Bowery...great wallet, but HUGE. It's nearly a full inch wider and longer, and thicker, than all my previous front pocket wallets. As much as I like this new wallet, it's just not going to work in my front pocket, especially in summer, and I absolutely can not stand to keep a wallet in my back pocket.

So this is all leading to the title question; do men carry wallets in their bag? Where are people putting all these massive wallets that seem to be so popular these days? The only people I've ever seen carry a wallet in a bag were tennis players and women.

Here's some pics of the wallets from this meandering post... 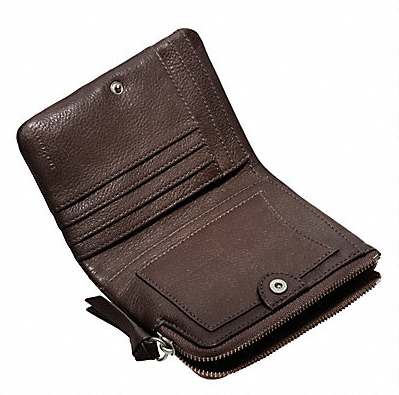 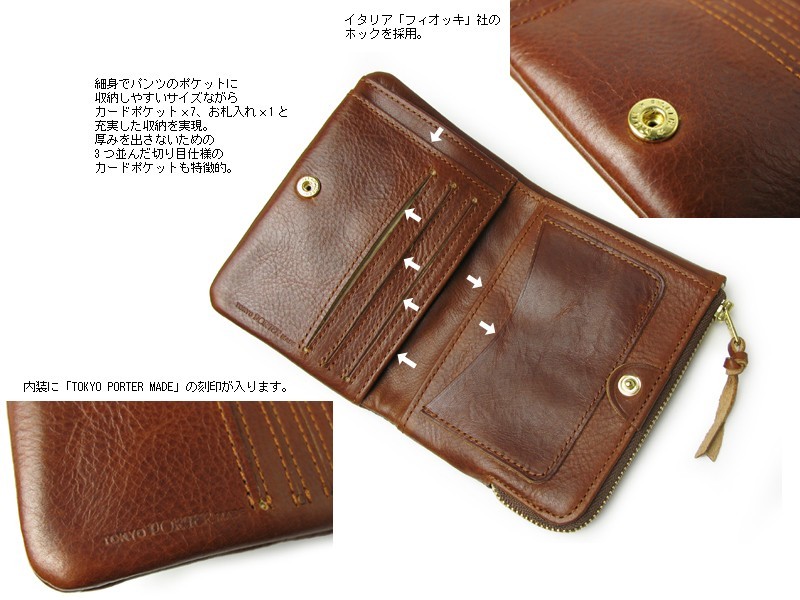 I have found that it is quite common in Japan to have a "bag wallet" and a very tiny wallet that stays with your person. There are people stateside that also follow this philosophy, but they are more few and far between.

What did you end up doing?

larryO said:
I have found that it is quite common in Japan to have a "bag wallet" and a very tiny wallet that stays with your person. There are people stateside that also follow this philosophy, but they are more few and far between.
What did you end up doing?
Click to expand...

I'm stateside and tend to do this. DL and CCW card along with one CC and a few bills in a small card case. Larger wallet with other cards, IDs, biz cards and sometimes more cash lives in my SB satchel along with a camera, cellphone, moleskine etc.
Filson + Magnum Field Camera Bag Review
Wolverine 1000 Mile Boots at CranesBoots.Com
Missouri Severe Weather, the antics of a group of storm chasers.

Yep, you've got it down to a science. Having structures and "soft" rules helps with organisation like this I think.

I once made a wallet for a guy who used 5 different wallets at any one time. It was pretty amazing to see the depth of thought behind each wallet. If I recall correctly they were:

2 - large C.D.G. zipped wallet which housed the majority of his cards and large cash

3 - coin wallet - vintage but similar to

4 - travel wallet (I think it was Amberg, but could be wrong. Same size as the Amberg travel wallet anyways) - this only housed foreign currency, and his passport

Figuring out your personal wallet carry is a pretty interesting experiment to see how your mind works...

Yeah it's interesting. I have several different types of wallets and cases and each one has a specific purpose. What I use depends on what I'm wearing where I'm going and what I'm doing. Another good reason to split up IDs, CCs and so on is in the event you lose one. You're not stuck with having nothing and can still function. This is especially true when you're abroad.
Filson + Magnum Field Camera Bag Review
Wolverine 1000 Mile Boots at CranesBoots.Com
Missouri Severe Weather, the antics of a group of storm chasers.

I just started doing this. I carry my wallet in my front pocket, and I got tired of how bulky it made my pants look. I went with a money clip/card carrier, and love it. I still carry my full-sized wallet in my bag.
You must log in or register to reply here.
Share:
Facebook Twitter Reddit Pinterest Tumblr WhatsApp Email Link
New posts