Do you wear suspenders and why?

Hello!
Do you wear suspenders and why or why not?
How tight do you adjust them?
I have started to use them with high-waisted trousers and like it a lot. 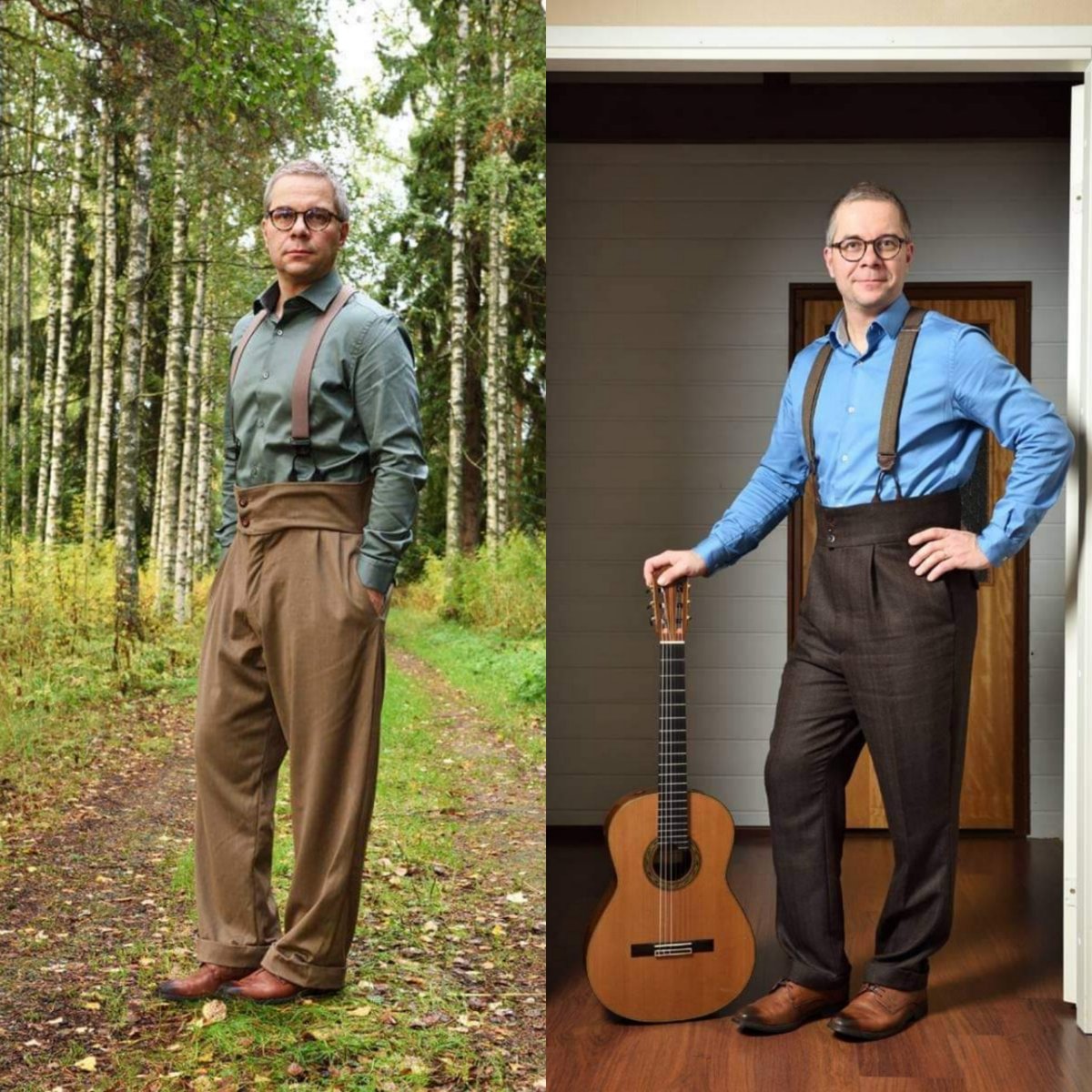 I've been wearing them for nine or ten years now and will never return to wearing belts. I am 'eccentric' by nature, so that drew me to them, but at the time that I started preferring them I was also losing weight at a fair clip, which suspenders seemed to manage better. I find that they allow a looser, more comfortable trouser waist, require less adjustment during the day than belts and are a little more visually interesting than belts. I will, however, concede that they can be more trouble to fasten to one's trousers, generally quire going to extra trouble to have the requisite buttons added or included with one's trousers and are slightly more cumbersome in certain... *achem* sanitary functions. On balance, however, I find that I strongly favor suspenders over belts and will likely never wear or own a belt ever again.
"Clothes have always had a wonderful influence on my physical well-being as well as my self-assurance. All I have to do to make me feel like a new and younger man is to order three new suits of clothes. My fur-lined overcoat gave me such a glow of health that very shortly after acquiring it I was able to enjoy the hazards of a Gargantuan studio cocktail party without a single twinge of pain."
~Adolph Menjou
J

Yes, because otherwise my pants would fall down.

Yes. Pants stay up at the same height all day long (unless as @Encathol Epistemia alluded to, you're in the restroom).

Yes. Only w/ suits. I should get suspender buttons
put on my slacks which I wear w/. sport coats
but never bothered.

Always--wearing them ensure your pants are never sagging or low. Belts do not do the job in my experience.
C

No. And no to belts as well. My pants stay up without either of them

Elastic suspenders are much more comfortable when sitting. They allow the seat to adjust to the position and for the pant to not pull up.