I've been working on my collection of these: 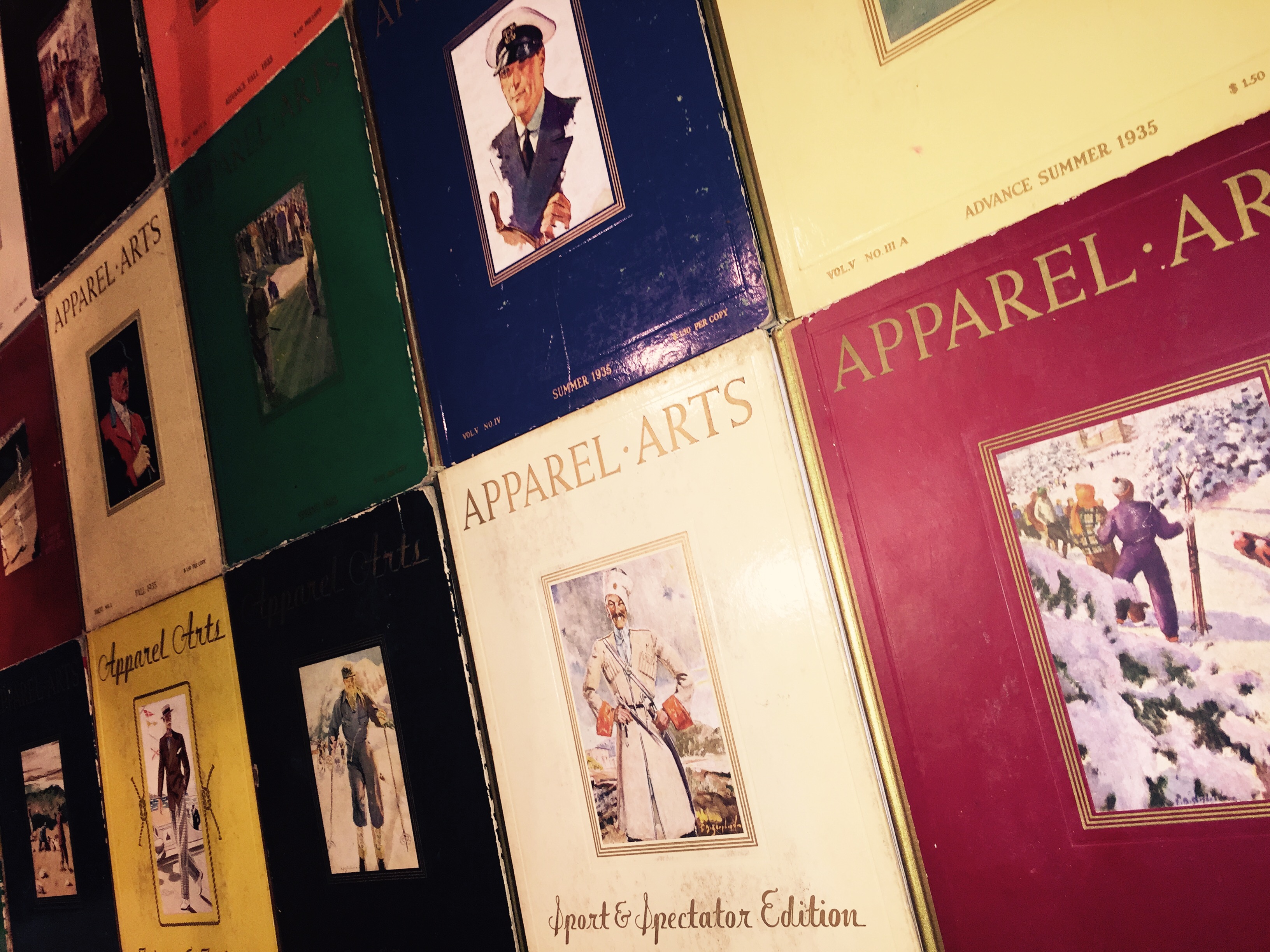 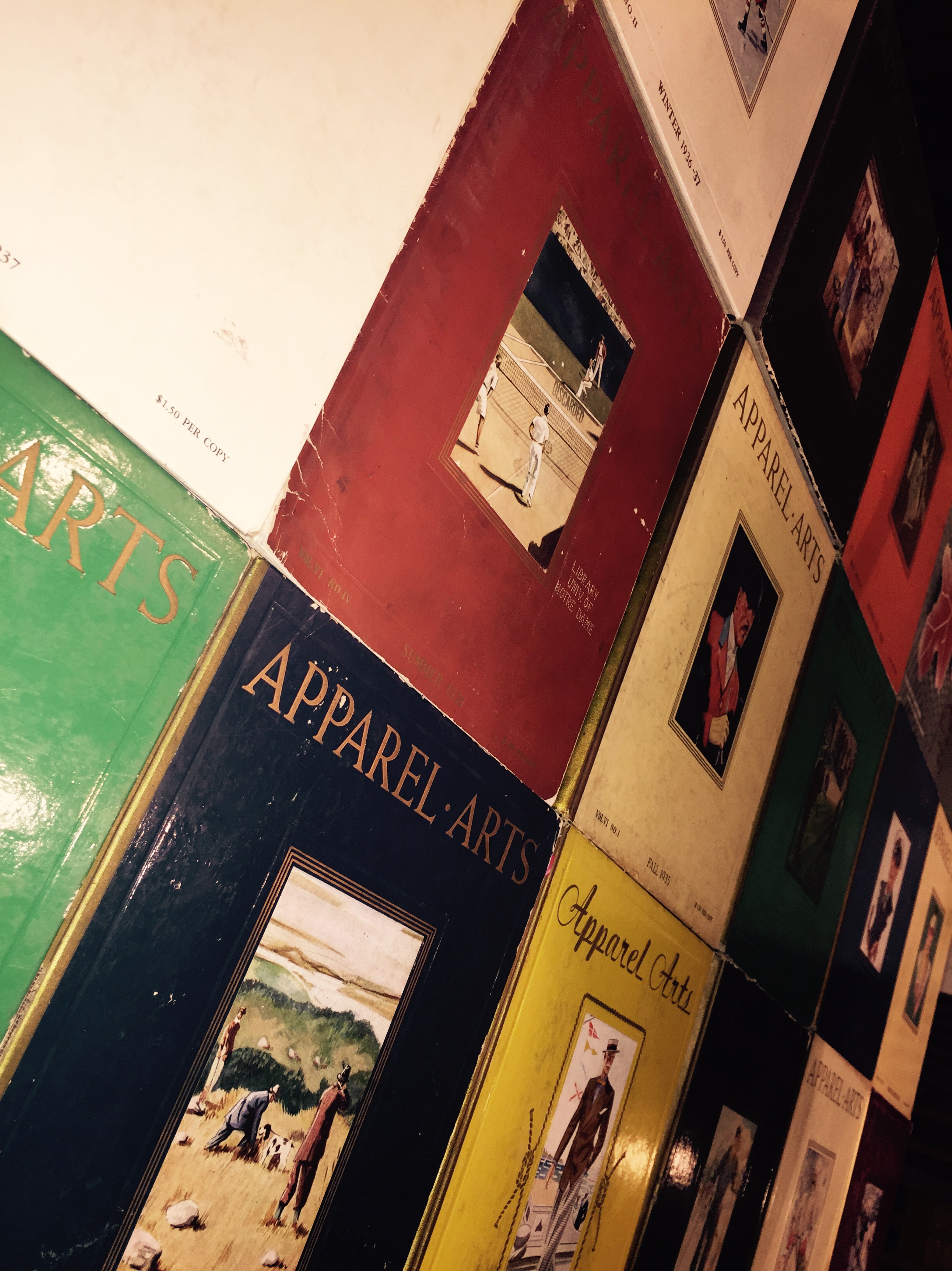 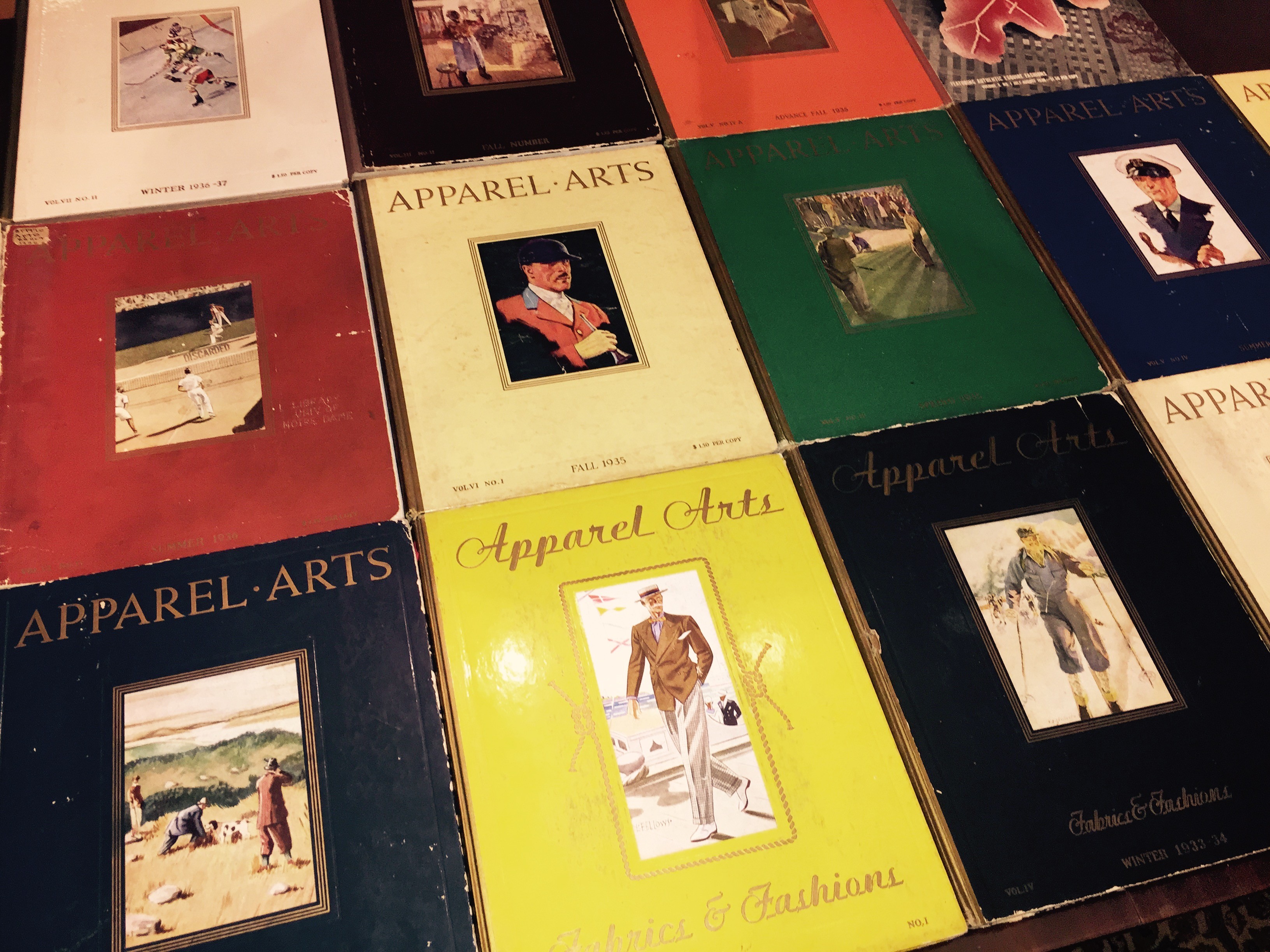 A Golden Age of Style. A Golden Age of Crime. The Best Dressed Man In The Room
http://www.blurb.com/b/4608993-the-best-dressed-man-in-the-room
https://uptowndandy.blogspot.com/2018/03/the-rake-frank-pellegrino-raos.html​

Have you found inspiration from Apparel Arts? I've browsed a copy or two before and didn't find it that useful. There are only a few pages in each edition that is interesting. I think the many of the best ones may have been scanned in already because the picture in the copies I saw weren't that great.

That's an interesting question. I don't necessarily pattern an outfit after something that I saw in a Lawrence Fellows drawing, but on the other hand many issues include fabric/patterns carousels that are definitely interesting and can give you ideas on pattern matching (the carousel will have a suit fabric at the center; if you select a certain shirt fabric, the carousel has corresponding tie and hosiery selections). From a historical perspective, I think the books are fascinating. One article from 1935 was on the best men's clothing stores in London - it was interesting to see which companies were still in business and which were not).

Many of the issues that I've found feature original fabric swatches for suits, shirts, ties, and socks - aside from the tie patterns, I'd say very little has changed when it comes to what men wear now vs the 1930s.

That being said, the artwork is great too!
A Golden Age of Style. A Golden Age of Crime. The Best Dressed Man In The Room
http://www.blurb.com/b/4608993-the-best-dressed-man-in-the-room
https://uptowndandy.blogspot.com/2018/03/the-rake-frank-pellegrino-raos.html​

METORA by David Marx was just released. Great read on Japans post war fascination with US Ivy Style and how and why things evolved to include preppy and denim/workwear. Excellent background on the evolution of style and quality manufacturing as well as the importance of magazines in promoting certain looks and styles to each generation. Styleforum even gets mentioned in the last chapter or two.
Follow me on Instagram

I didn't see Richard Anderson's 'Bespoke: Savile Row Ripped and Smoothed' - the story of his Savile Row apprenticeship mentioned in this thread. (I might have missed it). It's an amusing read and very informative on suit construction in particular.
Simple and scrupulous, I am neat but not gaudy.

Mosst (or all) of the books listed are on english/american suit styles.

Is there a book about the italian/neapolitan suit styles?

Does anyone have Style and The Man, A Guy's guide to Style and Esquire The Handbook of Style: A Man's Guide to Looking Good? Are the contents overlapping with each other? If you could pick 2 out of 3, what would it be?

kayzerrex said:
Does anyone have Style and The Man, A Guy's guide to Style and Esquire The Handbook of Style: A Man's Guide to Looking Good? Are the contents overlapping with each other? If you could pick 2 out of 3, what would it be?
Click to expand...

First is about classic, tailored clothing. Second is slightly broader in scope (although, still kind of a traditional view of style). Third is even broader and probably the most practical for guys who don't wear tailored clothing every day.
Last edited: May 16, 2016

Received this book for Christmas from the misses.. it's really well writte which makes it an enjoyable read and very informative! 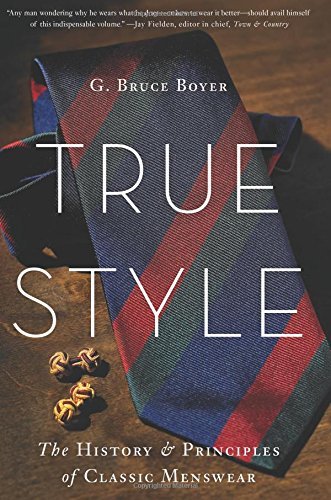 I can definitely recommend it!

Support new denim book 300+ pages only 10 days left on kickstarter and it's at 74%. I would love to see this book out so I'm spreading the word.
https://www.kickstarter.com/projects/333269709/supply-and-denim-book-v1

Shameless plug, but THE definitive book on the sartorially inclined gamblers and gangsters of the Roaring Twenties, and one of only a handful of books that can claim to have received a (generally) positive review from the incomparable Reginald-Jerome de Mans: 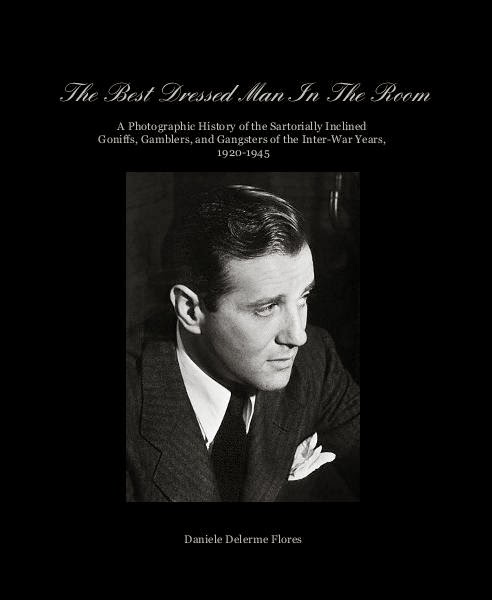 Bumping this thread. Currently in my collection:

I had "Men In This Town" but gave my copy to a buddy because much of it is something you can find on IG.

I may get a copy of Me Porter Paperback but I haven't heard much on it.

Resurrecting a dead thread to recommend a book I haven't seen mentioned here: The Vintage Showroom. Probably one of my favorite menswear books, focused on historical pieces of sportswear and military garments. Just a great look at some interesting and innovative designs. For me, it's fun to see how little some designs from brands like Barbour and Belstaff have changed over the last 75 years while comparing the obvious influence heritage pieces have had on more current designers (EG, RRL, etc.). 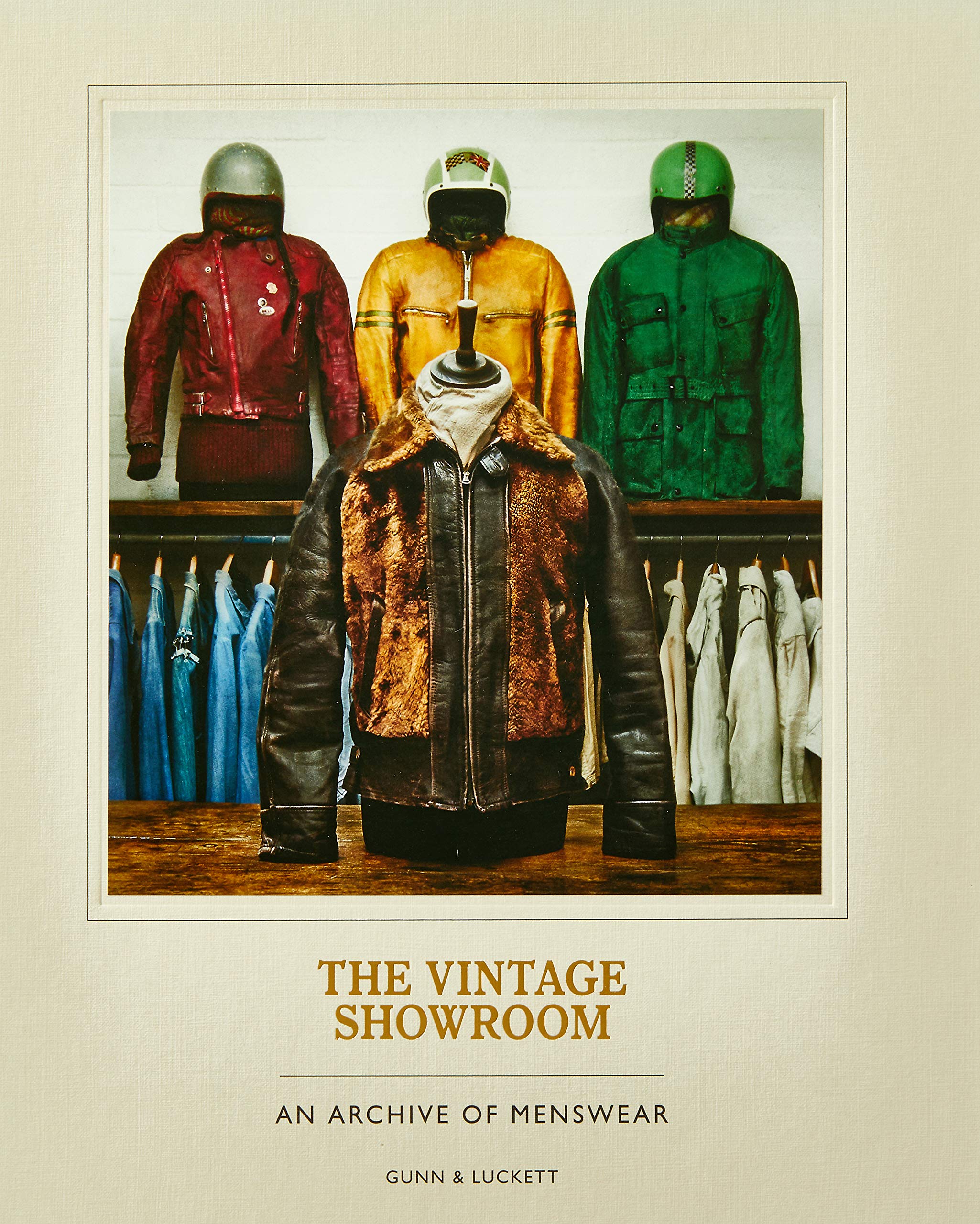 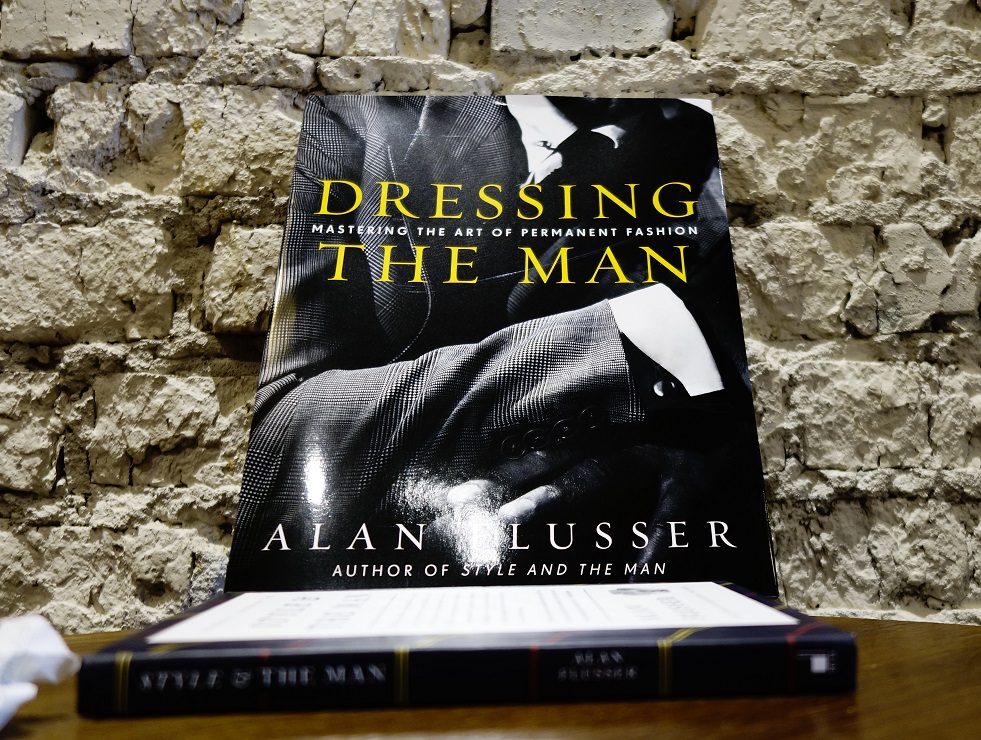 I mean, am well versed in practical applications but may be missing a bit of theory. 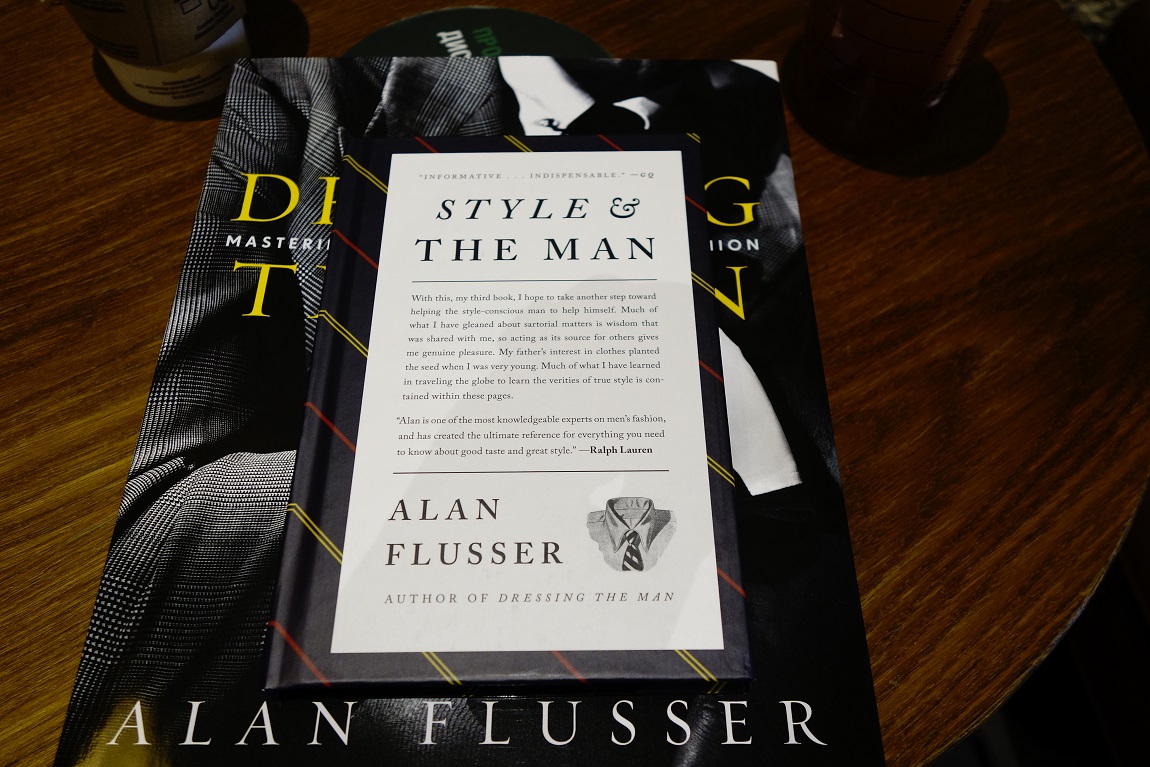 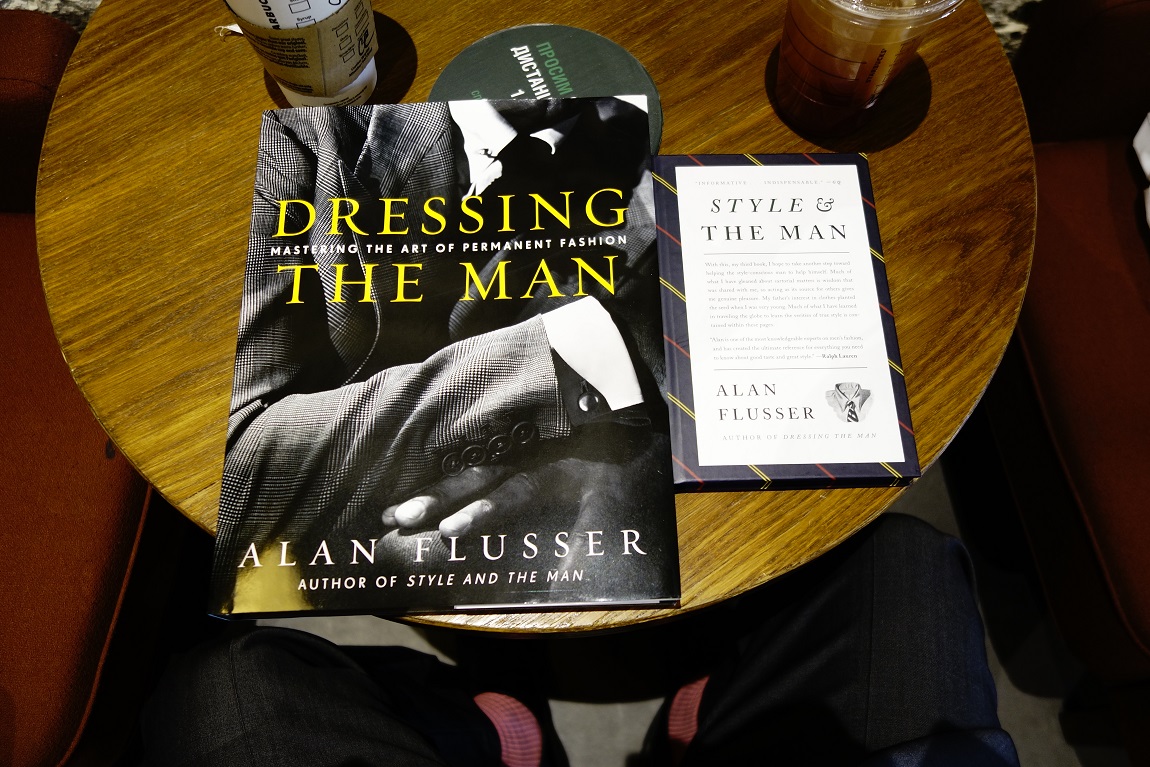 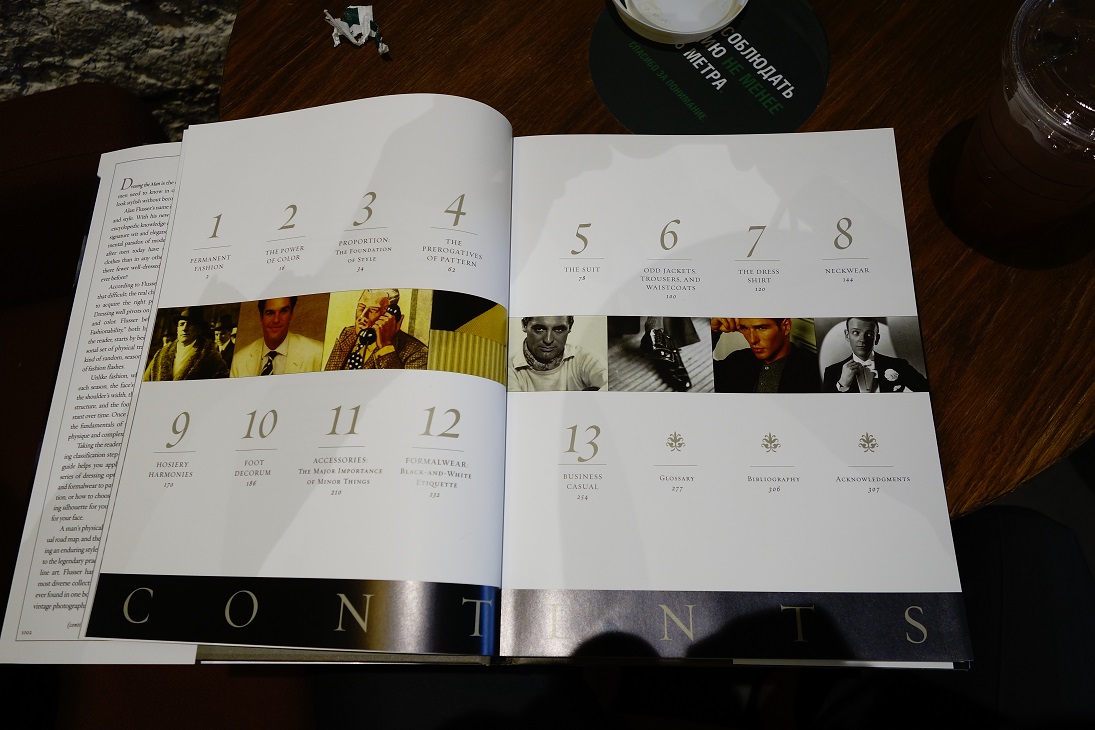 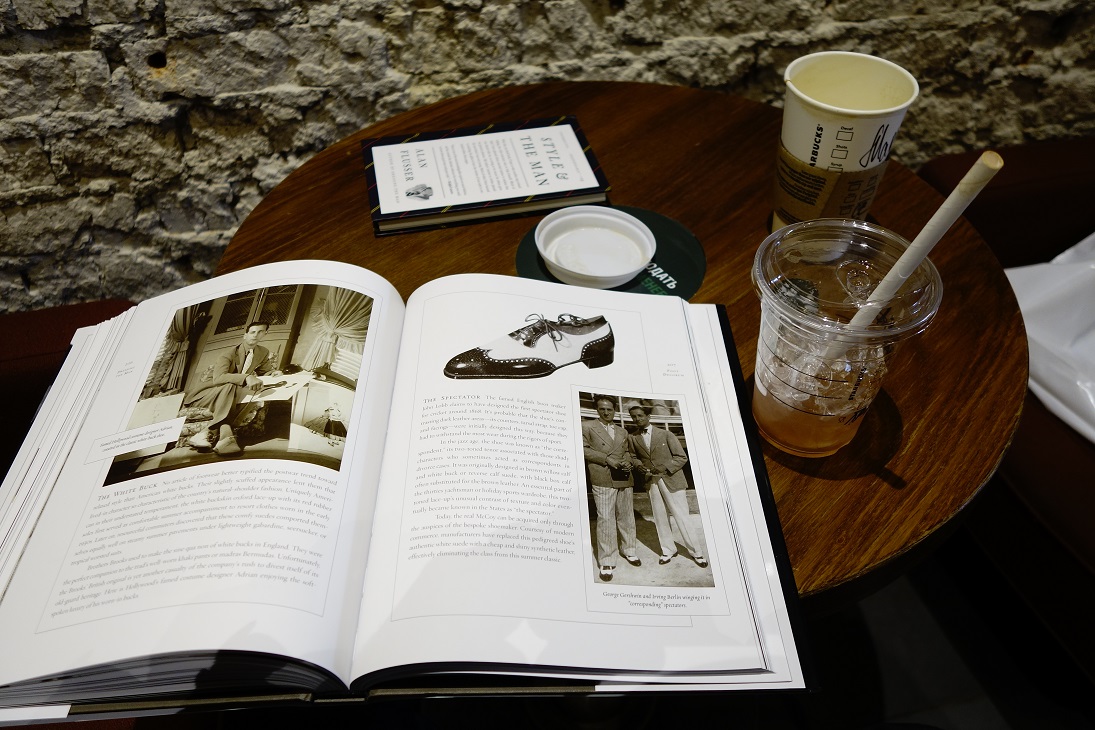 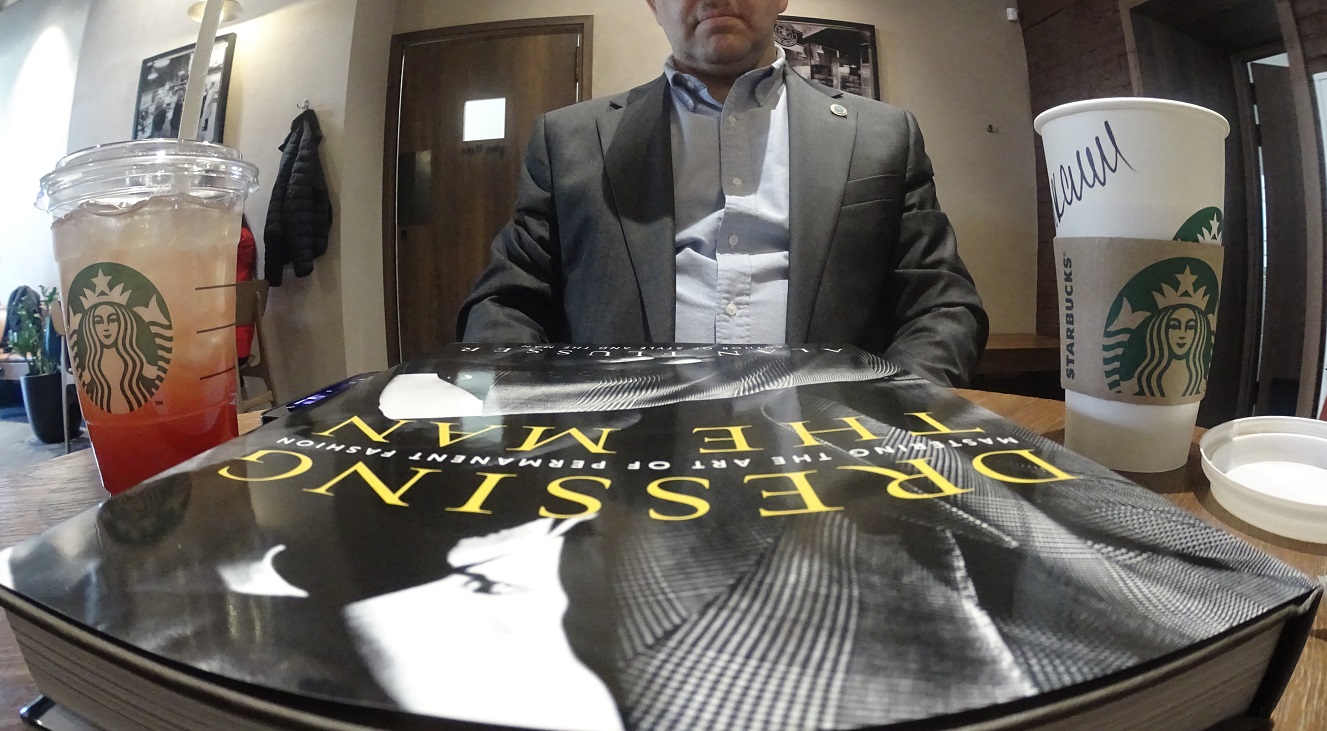 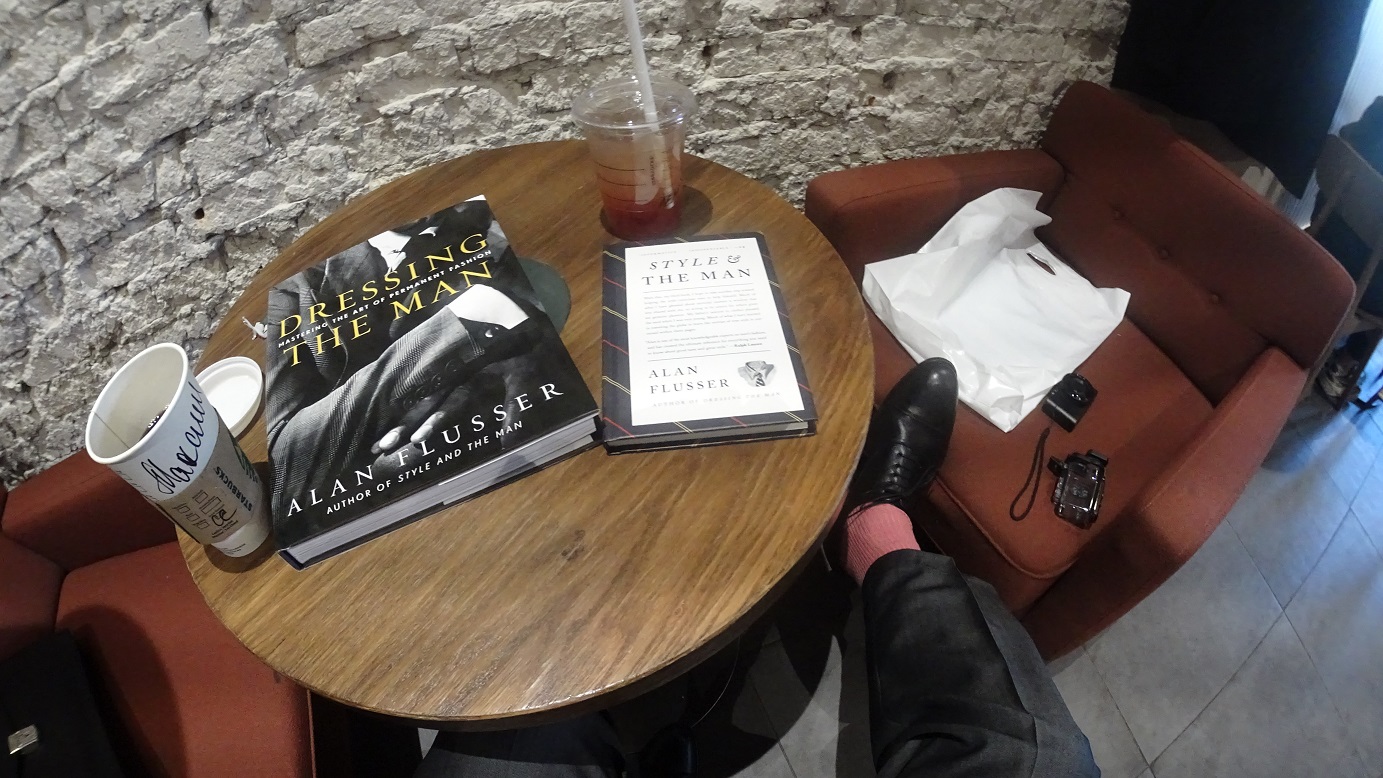 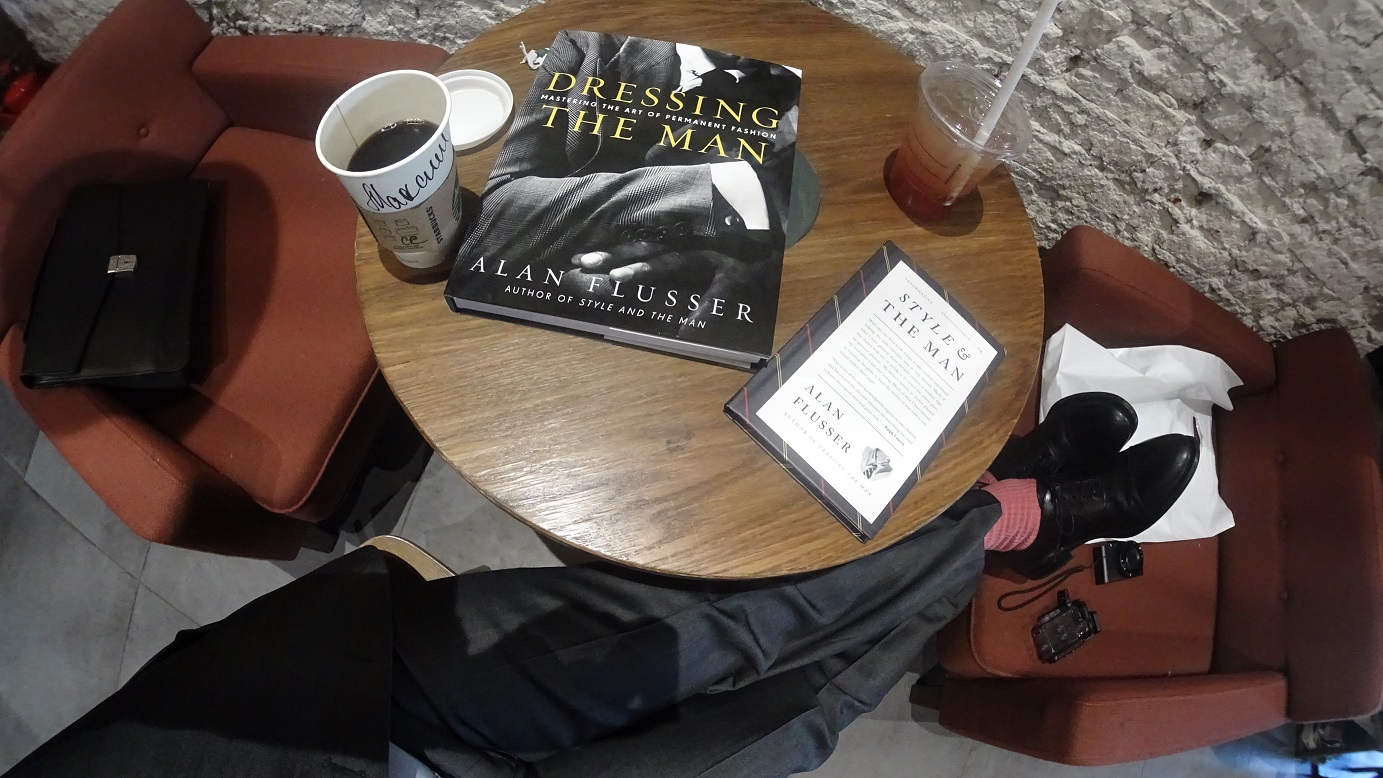