klugtrane said:
Granted the picture isn't great, but there are at least four things wrong with this.
- Green arrow points to where the second row of stitching is essentially directly under the inner row of stitching, which happens for a good quarter/third of the toe. You'd have to peel back the upper layer of the welt to even try to see the second row at all.
- Blue arrow is pointing to the top of the midsole covered in glue. This isn't the welt leather at all, which should extend to the edge.
- Red arrows are just two of the slices in the welt that extend into the inner row of stitches. Not good. I'm guessing this is from having the lines of stitching in the wrong places.
- Orange arrow shows the out edge of the vamp not extending to the edge of the boot, plus it's all nicked up too. As with blue arrows, properly done, this would be sanded off.

If you saw this in person, it would be quite obvious.

Second image shows what it should look like, albeit much dirtier and worn.
Both rows of stitching are visible since they aren't on top of each other (blue arrows). No cuts in the welt (red). Upper/welt leather goes to the edge of the boot so there's no shelf of midsole and sole hanging off the front of the boot (orange, hard to see because of the beveling and wear).

Not cuts, thats where the stitches are sunk in. Granted, someone plowed those in. Would it have been fine? Probably. But I would have also sent those back.

Your 1911s are all great shooters, I am more a collector of history, so my list goes, Colt, Colt, Remington Rand, Singer, Union Switch, Ithaca, oh and and did I mention Colt?

Something like this from Singer would be an object of beauty to me... (and also way out of my price range!)

Just as for timekeeping my watch is vastly outclassed by a $9.97 quartz model from Wal-Mart, so too for shooting the above Singer is outclassed in every way possible by Wilson and Bear... however I like the character and "soul" of mechanical watches and old 1911's.
Last edited: Thursday at 10:46 AM

Legal Eagles said:
Just as for timekeeping my watch is vastly outclassed by a $9.97 quartz model from Wal-Mart, so too for shooting the above Singer is outclassed in every way possible by Wilson and Bear... however I like the character and "soul" of mechanical watches and old 1911's.
Click to expand... 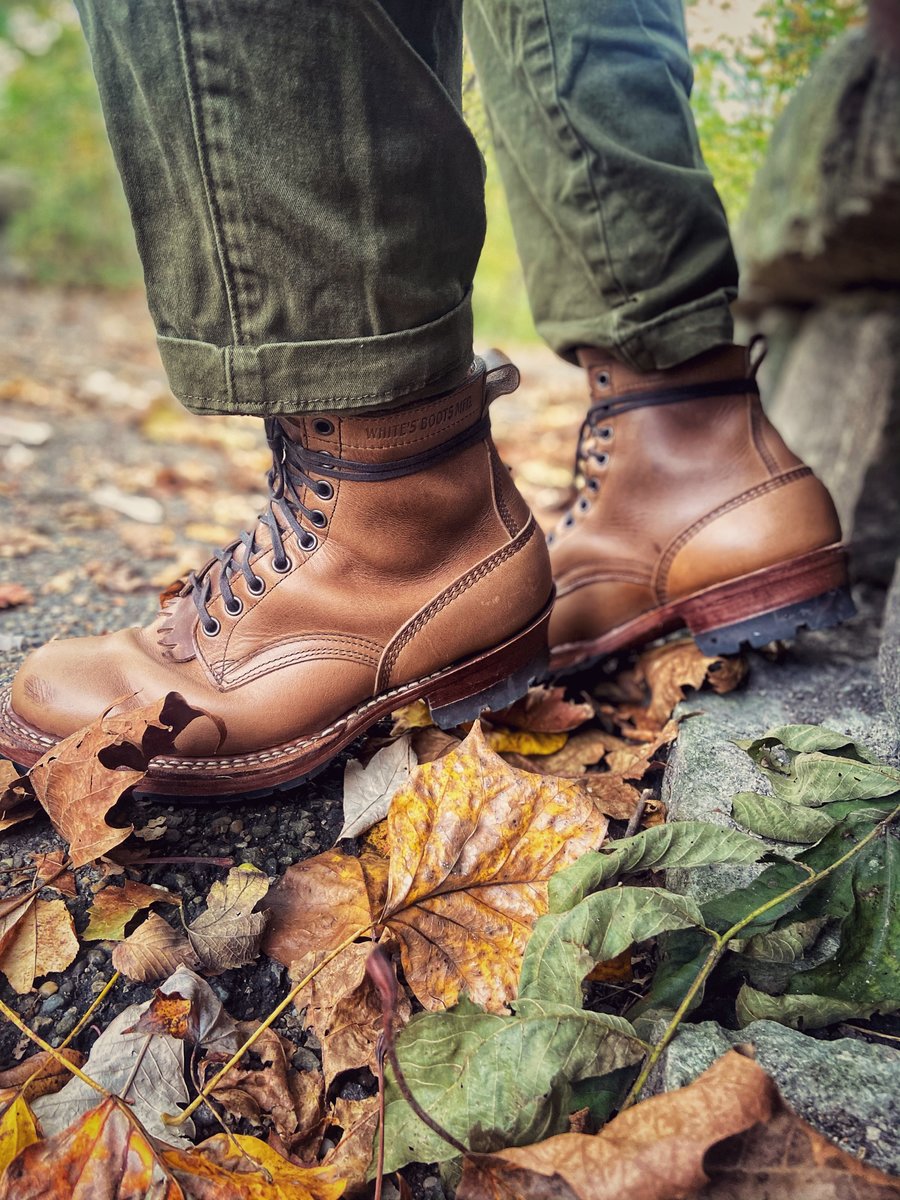 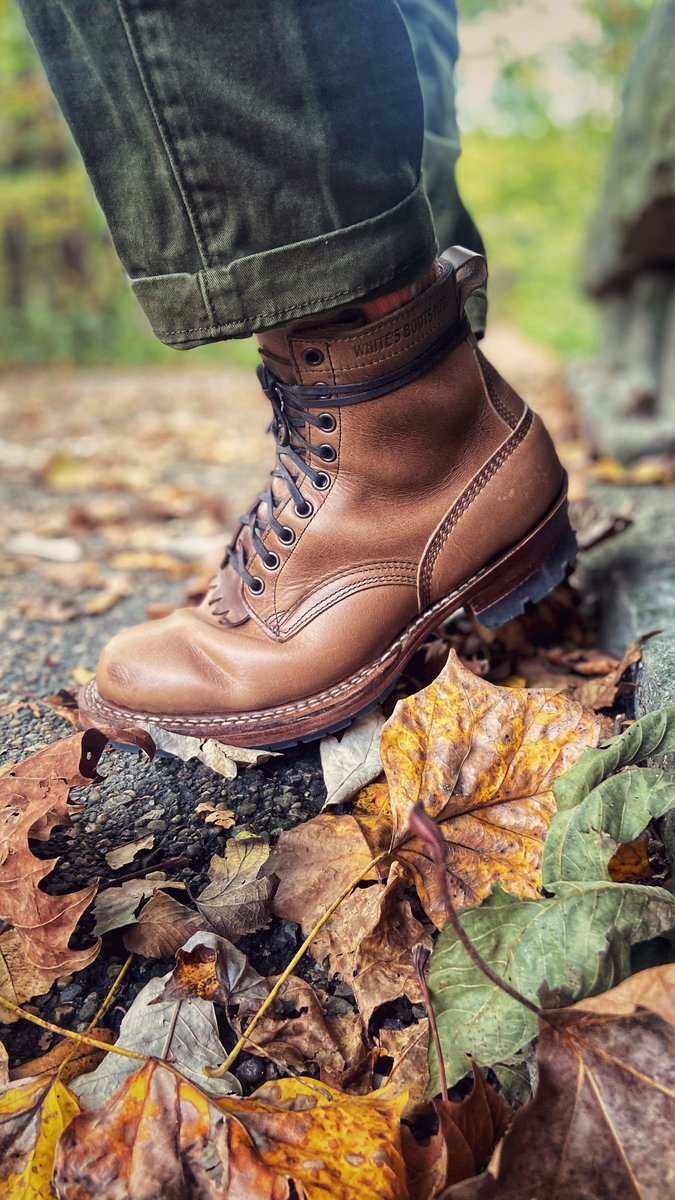 chicagoan2016 said:
How much is the difference between arch support in BHs vs packers?
Click to expand...

It's the 695 Thoroughbred (pointed toe) Packer. The standard Packer round toe is almost the same as a BH. Anyway, it is very different. If I haven't worn my Packers in a long time, when I put them on, the BHs feel like a pair of Vans compared to the Packer arch.
C

andy b. said:
It's the 695 Thoroughbred (pointed toe) Packer. The standard Packer round toe is almost the same as a BH. Anyway, it is very different. If I haven't worn my Packers in a long time, when I put them on, the BHs feel like a pair of Vans compared to the Packer arch.
Click to expand...

Anyone know/recall the price of White’s rebuild? They say a ‘fraction’ of retail price, I’m trying to get a ballpark.

no resizing, just complete overhaul of sole, midsole, footbed/arch support on Smoke Jumpers. The leather is all intact.

ExtraitdeMinimalist said:
Anyone know/recall the price of White’s rebuild? They say a ‘fraction’ of retail price, I’m trying to get a ballpark.
Click to expand...

I had Whites rebuild a pair of work boots for me this March. They pulled the steel toe out & converted it to soft toe & reduced the width from E to D in addition to the standard rebuild.

I have the detailed invoice. Nothing compared to a genuine Rolex so you have nothing to worry about.
C

ExtraitdeMinimalist said:
Anyone know/recall the price of White’s rebuild? They say a ‘fraction’ of retail price, I’m trying to get a ballpark.

no resizing, just complete overhaul of sole, midsole, footbed/arch support on Smoke Jumpers. The leather is all intact.
Click to expand...

White's should include these pics on their social media websites!!!!

Legal Eagles said:
My undergrad degree was in chemical engineering, and I worked in the field for a decade in my 20's. I went back to law school in my early 30's and have been an attorney ever since. In my mind though I am still an engineer who just happens to practice law...
Click to expand...

We have similar stories, except
- my undergrad was in arts & real estate and I was working as a real estate agent
- I'm still in my 30's so just at the beginning of my law career
- I always thought of myself as a solicitor even when I wasn't.. as an agent I used to volunteer for all the tribunal (quasi court) matters in our office because I loved them and everyone else hated them; and
- my wife was the one who pushed me out of the safe well paid job to what I wanted to do, for the same reasons you cite

Rymanocerous said:
I think you're grossly overstating. Yes, there have been mistakes. Also plenty of really nicely executed boots between here and Redit. What I have noticed is a lot of newer members here. And it appears several found their way here after a less than ideal situation. At the end of the day the handful of us enthusiasts on a SF/Reddit thread is a microcosm of their total production. I do full heartly agree however, that you should get what you pay for and at $500+, your specs should be what you order. Just not ready to join you on the tirade of declining quality.


Enjoy your knockoff homage Whites. Shit, you think White's has execution issues you are in for a treat. All things (QC wise) being equal, at least White's has good service to get issues resolved. Can't say the same about Nicks.
Click to expand...

For what it's worth, I've been fortunate to buy three pairs of White's boots through Baker's this year, more than I've bought in the last ten years. Delivery time has been from 4-10 weeks, depending on the time of year, but I had a pretty good idea how long it was going to take to receive each pair at the time of order. All three pair were fairly standard boots, all oil tan leather, but all had a few custom tweaks (instep adjustment, top hooks instead of eyes, heel adjustments, etc.). All came as ordered, all were well crafted, but none were flawless from a cosmetic perspective (although one pair was extremely close!). For the boots I ordered, that's about as expected, and I'm pleased with them for the price I paid for them and for my intended purposes. So not everything coming out of the White's shop this year has been butchered up.

But there's no excuse for obvious oversights in the orders - wrong or missing hardware, wrong heels, damaged or wrong leather. Anybody should be able to catch that if any kind of QC was being done. I thought at one time one of the Bakers had told me that they pull the boots out and look them over when they receive them from White's, but if they're all out in the fire camps as they often are this time of year, does someone else do this? I honestly don't know. But I would also expect White's QC to catch these obvious things before they ship to Baker's.

And if I had paid extra for a certain thread color, exotic leather, or some of the more expensive custom options, I would expect a little more attention to detail (all the rows of stitching even and parallel, say). And if I didn't receive the boots I had ordered after a long wait and lots of anticpation, I'd be pretty ticked off, too.

Are there better options for the more expensive custom boots? Maybe so, I honestly don't know. But I have to say, the boots I have purchased recently have met my expectations. So, not every pair White's sends out is defective or deficient.

I hope everyone here has good luck with their pending orders!
Last edited: Friday at 3:10 PM 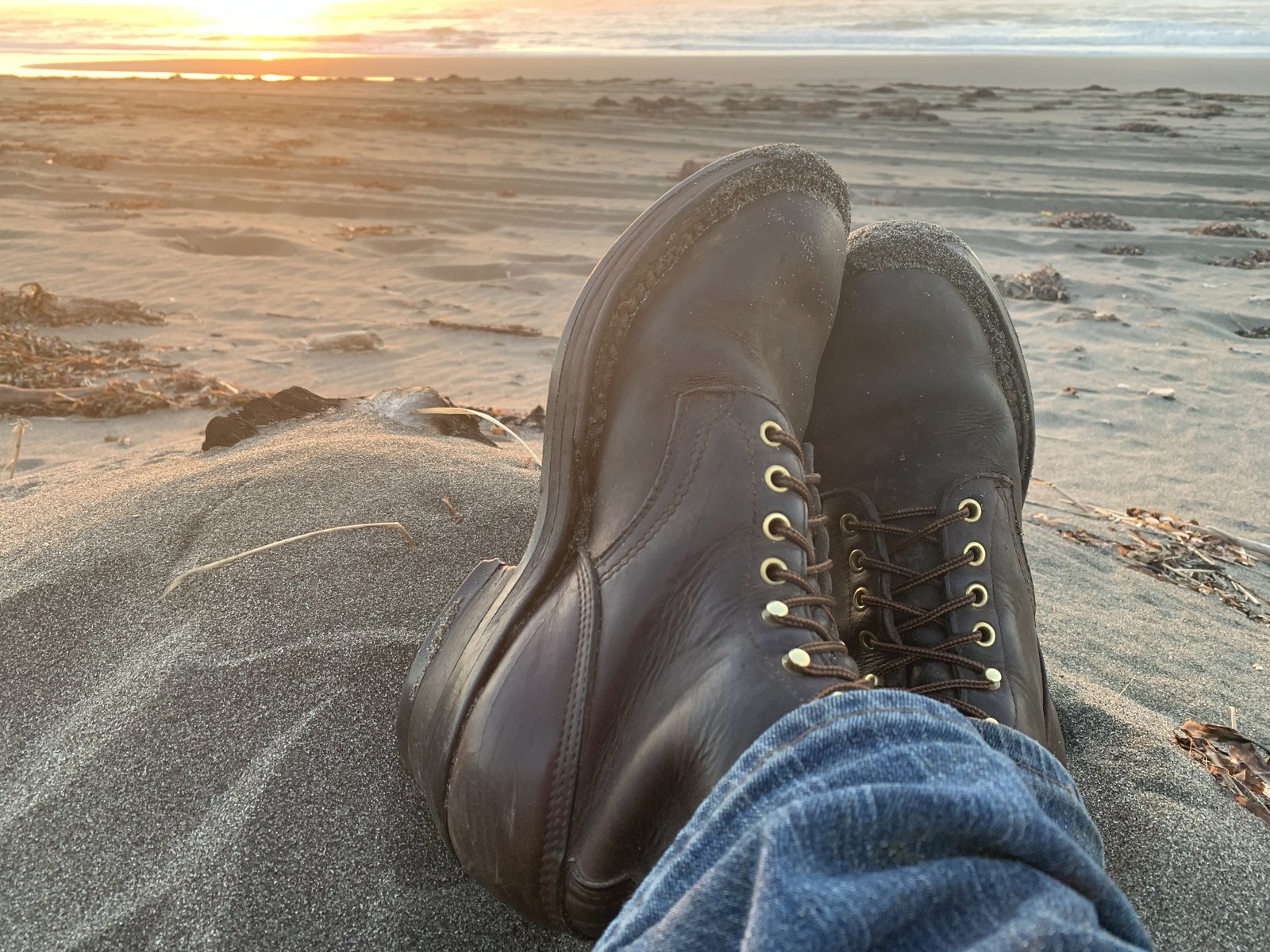 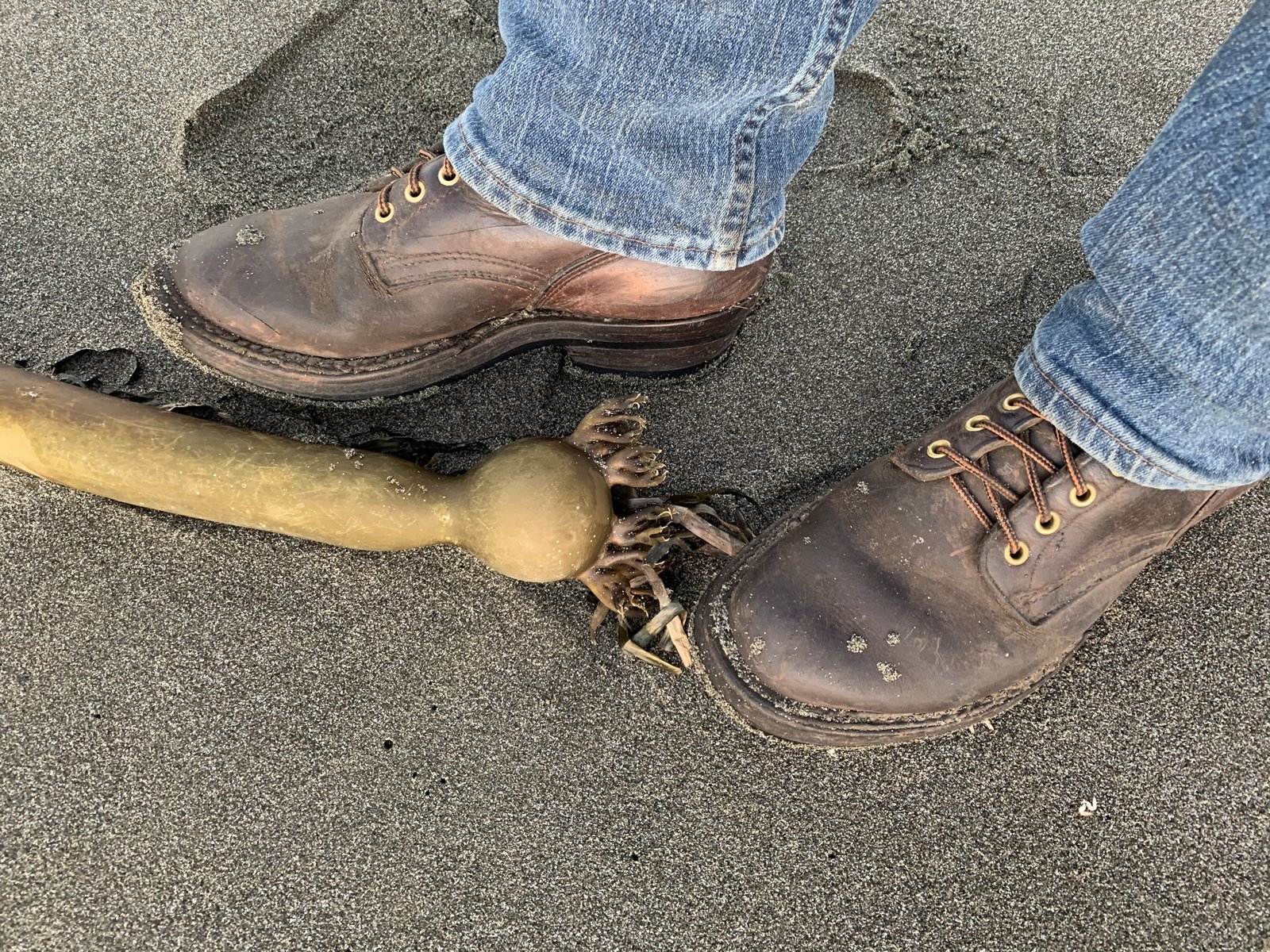 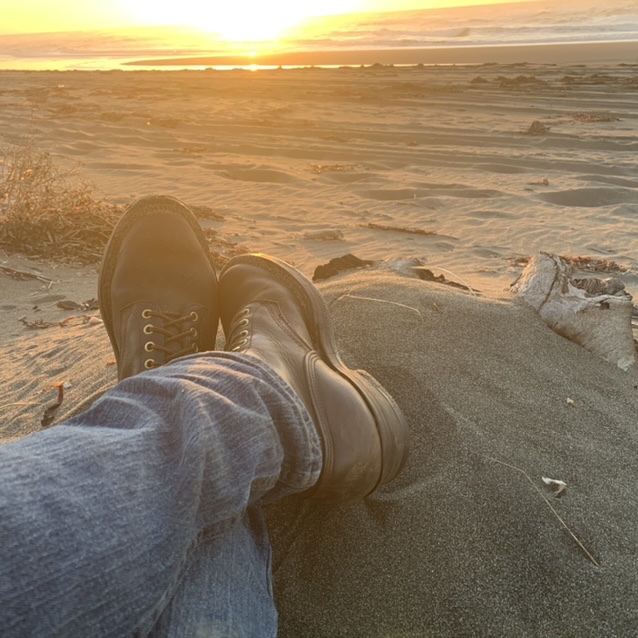