Contrast collar shirts - formal or not?

Conventional wisdom has these firmly in the formal camp, based (I assume) on their historic association with white starched/detachable collars. Either that, or because Gekko wore them; I'm not sure which cultural impact has more weight any more...

Thing is, I can't help thinking of them as less formal than shirts in a single colour, partly because I feel that the addition of a second colour (even if white) to something usually makes it less formal than it otherwise would be. And partly simply because my own contrast collar shirts are older shirts with more wear & tear (I opted for white collar replacement instead of risking a poor colour match if the body of the shirt had faded), so they feel a bit more casual I suppose.

Is it simply a matter of using this tension between formality and vibrancy in a creative way, to channel the overall look more in one direction or another? Does it make a difference if the cuffs are also contrast, or not?

No poal because I prefer words to numbers, and more importantly, I'm too lazy to make one...

Good outfits incorporating contrast collar shirts would also be appreciated, on the principle that I like pictures even more than words. 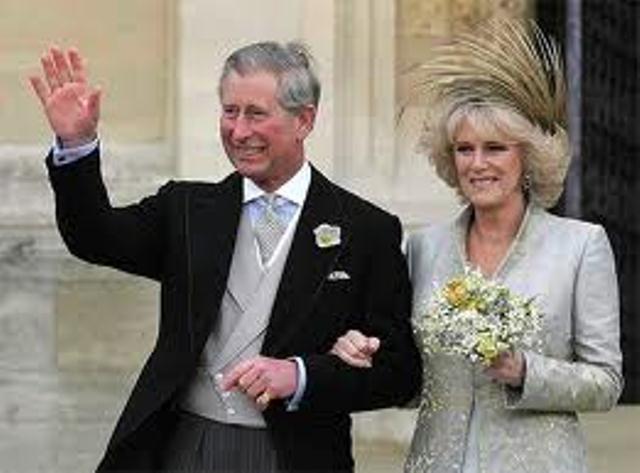 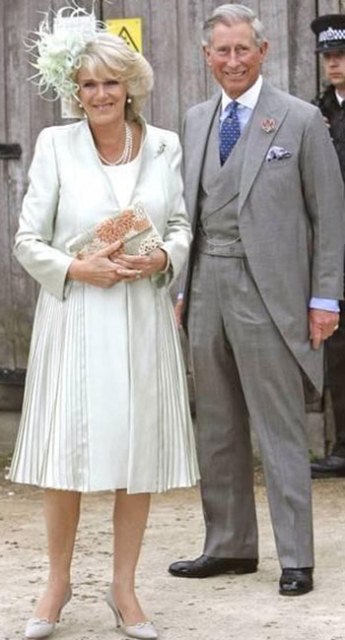 Formal daywear for the win, although the second example is a morning suit and classically the highest level of in-formal dress.
Last edited: Mar 27, 2012
"Having found a style of dress that accommodates one's deficiencies while enhancing one's best attributes, one has had the great fortune to have been considered fashionable twice in this lifetime." - r

If not that, then this: 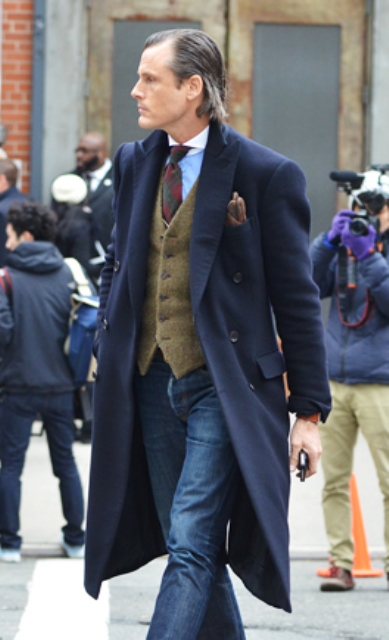 To me it reads as very corporate/businessy, but I have no real specific reason for that. It may be just because Gekko wore them. I don't think anyone would say it's more formal than a solid white shirt.
http://ivorytowerstyle.com/ Some Ties and Pocket Squares for Sale Attolini Suit and SC for Sale

Holdfast said:
Either that, or because Gekko wore them
Click to expand...

It was just a movie, and not even a Casablanca-grade movie at that. But yes, sadly, many people do base their notions of what's appropriate to wear when on what they see a character on tv or in the movies wear. (I'll never forgive James Bond for getting so many men to thinking that dive watches are correct with tuxedos.)

Thing is, I can't help thinking of them as less formal than shirts in a single colour
Click to expand...

In general, this is correct. Many exceptions exist, of course, and the Prince Charles photo illustrates an exception. But you're right in thinking that, purely in general terms, a solid white shirt is usually more formal and business appropriate than is, say, a pink shirt with a white collar.

Is it simply a matter of using this tension between formality and vibrancy in a creative way, to channel the overall look more in one direction or another?
Click to expand...

It's mostly a matter of understanding sartorial considerations and approaches, and deciding with which look you, personally, are the more comfortable. In this, it's little different from deciding whether you prefer closely fitted suits or full fitted suits, black shoes or non-black shoes, etc. Within reasonably broad (not infinitely broad, but reasonably broad) limits, a man is free to choose which of these two types of shirts he prefers, without looking ridiculous or utterly clueless.
--
Michael

Holdfast, the question arises because formality and dressiness have come apart in recent times. It used to be (say, pre-1990) that something's being formal tended to imply that it was also elegantly dressy: say, a swallowtail coat. Nowadays, there are many items that are formal but not dressy (e.g., a solid white shirt in the USA, or a solid charcoal suit), and many items that once were formal but now are mostly just dressy (yellow chamois gloves, white cotton evening gloves for men).

Under current rules of formality, which are basically the same as those of CBD, a paradigm example of formality is 2B SB solid charcoal suit, white or solid sky blue shirt, midnight blue tie with small white spots.

Under 1930s rules of formality, I think a white contrast collar on a sober shirt body with a white ground and a pencil or candy stripe in some other color was more formal than anything except white evening dress shirts.

Everything is complicated by the fact that we on SF tend to think that the 1930s rules should be the standard for formality. But the rest of the world disagrees, preferring their CBD 2B SB solid charcoal or navy suits and white shirts when formality is called for.

The cuffs question is much debated. Contrast cuffs are more dressy than self cuffs. I also think they are more elegant (when white, with a white collar), but there are times when being less conspicuous is good.


oldog/oldtrix said:
If not that, then this:

At one time I had a Brioni that was a dark pink collar and cuffs with a dark purple body. It was appropriate for the environment I worked in, and I got a lot of compliments on it. I don't have it anymore or I'd post a picture.

When I bought T&A from the trunk shows every year it was almost exclusively with the white collar/cuffs combination.

I think it's just phases one goes through.

They are both.
L

imho contrast colors should only be reserved for the older gentlemen because young men don't look well in them and they come off as 'fake'.. I guess working in a corporate environment has influenced this though and usually see them worn in formal settings

The layman would probably think a man wearing a contrast collar would be an executive, C.E.O. or Wall Streeet baller because of the fancy collar (yes, a la 'Gekko').
The same layman would probably consider shiny black wingtips to be the fanciest dress shoes because of the millions of ornate holes and 'extra layers of leather' on them.
He may also consider the biggest, meatiest watch to be the most expensive of all.
That is how I thought once upon a time

But I don't think contrast collar shirts are too formal. Especially if they have only contrast reverse cuff and inside collar band: quite a fashionable detail.
Marta

Ahhahah I do agree with you

But I don't think contrast collar shirts are too formal. Especially if the shirt has only contrast reverse cuff and inside collar band. Quite a fashionable detail.
Marta

It doesn't have to be a good movie to have a cultural impact.

I like contrast collar shirts, so long as the cuffs are also contrasting. There's something that gives the impression of, I don't know, laziness, when I see a shirt like the ones BB do, with a contrast collar but with self cuffs; it looks like a mistake. This is just personal though, I know.