I had an LR3, when that model was a couple years in, without a single problem and I off-roaded it like crazy. Did rock crawling with it at a dealership sponsored event with pro-spotters. My critique would be they put all their R&D dollars into the drive train and suspension and forgot things like cassettes died with Kurt Cobain.
"I have enjoyed great health at a great age because everyday since I can remember I have consumed a bottle of wine except when I have not felt well. Then I have consumed two bottles." Attributed to a Bishop of Seville

Another vote of confidence for older Land Rovers. My 2003 Disco II was great, and my current Range Rover Classic runs like a champ and is remarkably capable off-road.

patrick_b said:
No shit. I hadn't thought about that. I have to assume Alan van der Merwe was driving the medical car that night too.

I have to say that I'm a bit surprised Grosjean is racing an indy car this year. After seeing the Drive to Survive episode where his [stunning] wife described what those two minutes were like before he emerged from the flames, I wasn't sure he'd ever get in a car again. I know the urge to compete is strong in a guy like that but he actually said that he couldn't do that to his family again if he were ever in another crash.

Either way, wish him the best.

Stunning wife for reference, when she rolled her eyes at his comment, "I'm the man that walked out of fire,"

I did hear him say that, but still thought he really wanted to get back in a race car. Wasn’t he trying to figure out how to still get back before the end of the season?

the crash really softened my opinion of Grosjean. He infuriated me by being the worst kind of backmarker - erratic and overly crashy, and taking out the hopes and dreams of other teams while having no business being out there in my mind.

i haven’t changed my opinion of him being erratic, but I have a better appreciation of how he (and other borderline drivers) really do the best they can. And their competitive instinct refuses to let them roll over to the big dogs, which I respect.

i also for some reason saw him as overly arrogant, but in DTS he comes across as the exact opposite.

Anyway, maybe this is a good discussion to have in the F1 thread
..

I did a thing after years of thinking about it.

Might have to hit up @Thrift Vader for some JDM headlights because these aren't LEDs...

Got peanuts for the acura TL in the trade but it had 167k and rust... I miss how smooth that motor was but man this thing makes me giggle with how surprisingly hard it pulls for an economy crossover.
God bless Toyota for throwing the v6 in here 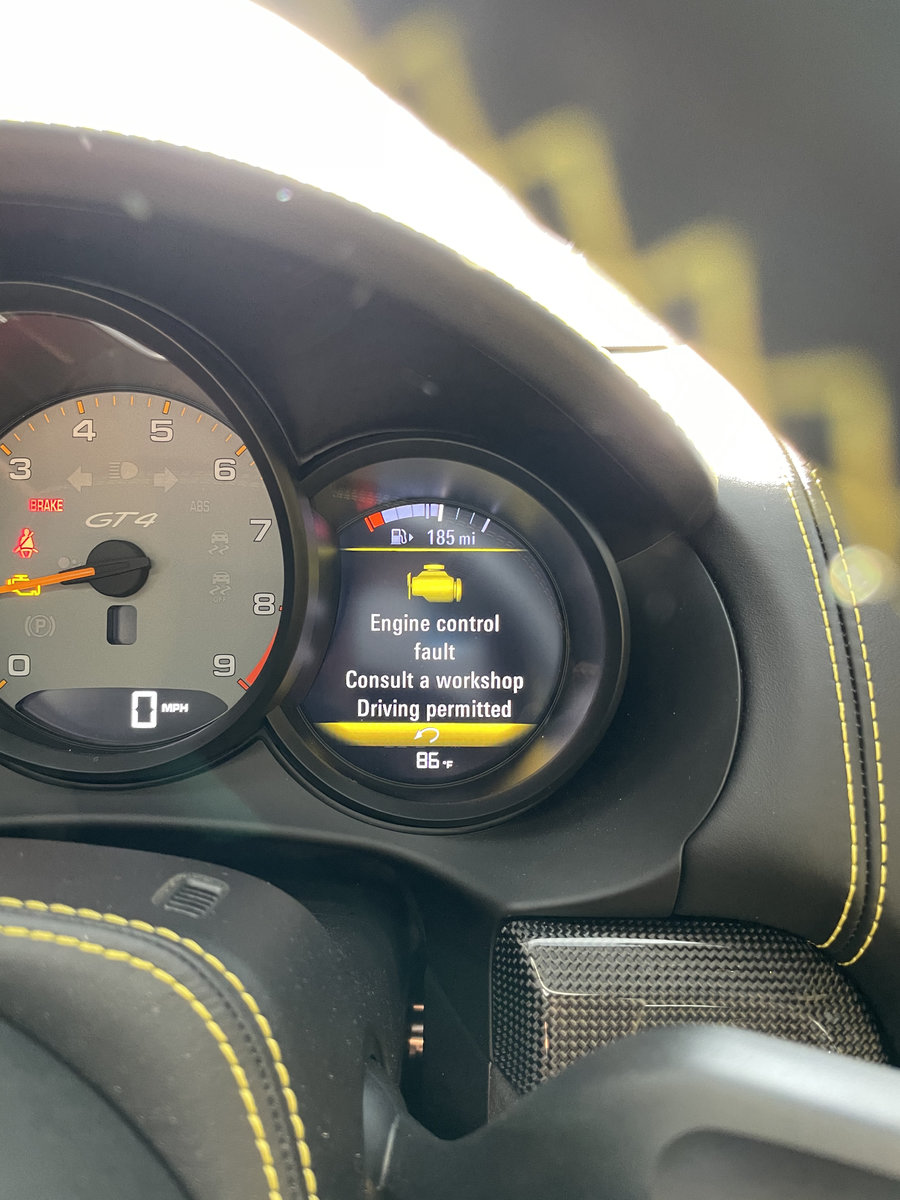 ridethecliche said:
I did a thing after years of thinking about it.

Might have to hit up @Thrift Vader for some JDM headlights because these aren't LEDs...

Got peanuts for the acura TL in the trade but it had 167k and rust... I miss how smooth that motor was but man this thing makes me giggle with how surprisingly hard it pulls for an economy crossover.
God bless Toyota for throwing the v6 in here

Where the fuck you been??

Didn’t know Toyota put a V6 in a RAV4...is there only one corporate V6 for the whole company? If so you prolly have the same engine that’s in the Lotus Evora
..

HRoi said:
Where the fuck you been??

Didn’t know Toyota put a V6 in a RAV4...is there only one corporate V6 for the whole company? If so you prolly have the same engine that’s in the Lotus Evora
Click to expand...

*gasps It's not the same engine that was available supercharged in the Toyota Crown's???? Now that could be a fun headache to have.
Last edited: Apr 17, 2021

Away from having the Big german lady around. We're now officially a Toyota couple 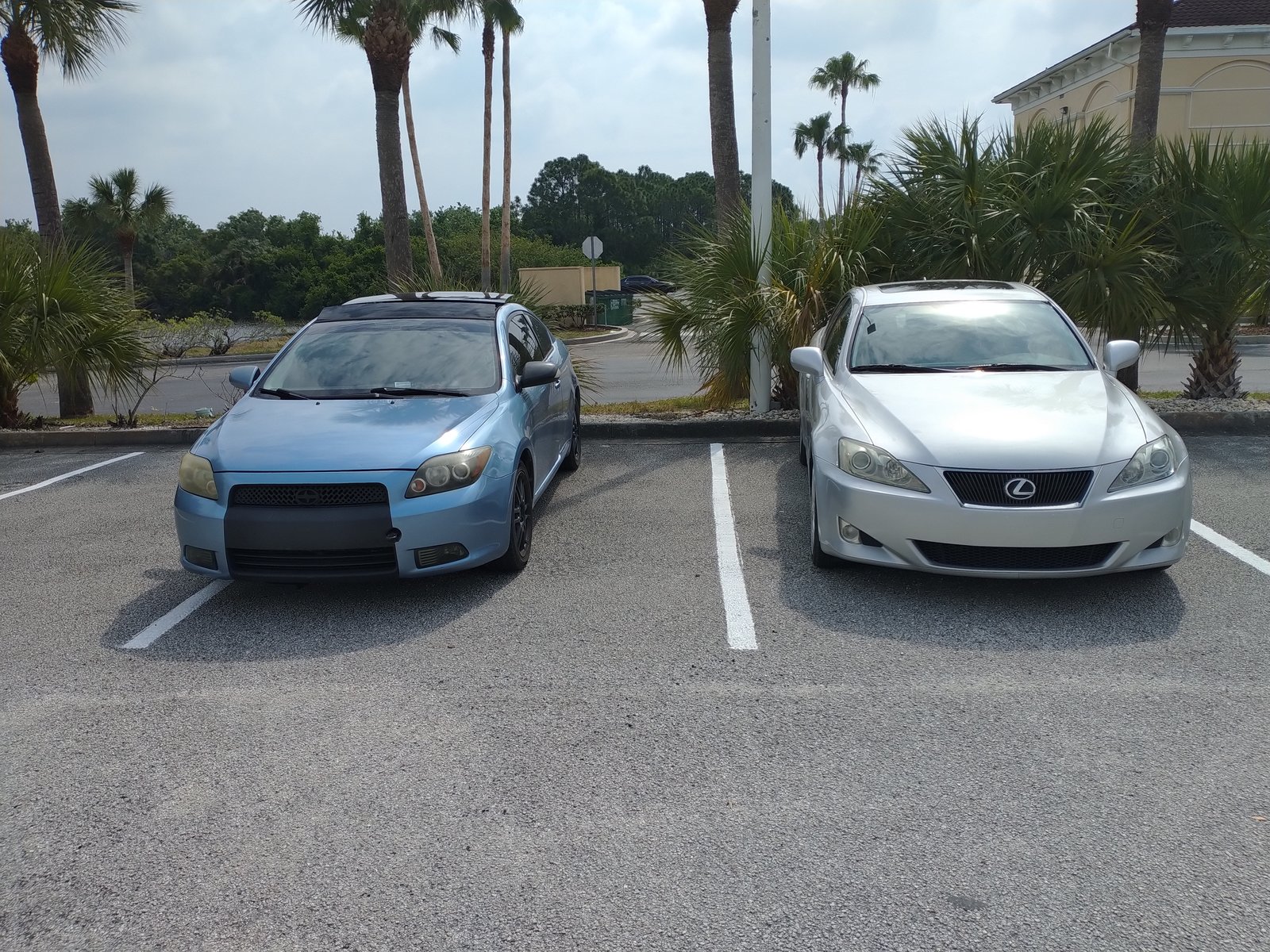 HRoi said:
Where the fuck you been??

Didn’t know Toyota put a V6 in a RAV4...is there only one corporate V6 for the whole company? If so you prolly have the same engine that’s in the Lotus Evora
Click to expand...

Spent all winter chasing snow to try to keep myself sane. Residency's been wild and we do a ton of call our second year so there's that.

I listed the miata for sale and then pulled it because the car looks like trash. I'm going to go through everything and clean it up before listing it back up for sale. This father and son duo wanted to buy it but then in the 1-2 day period before the sale starting to try to haggle the price down further so I told them I wasn't interested in dealing with that anymore.

Hoping it'll sell this summer... I'm going to miss that silly thing, but I'm curious what I'll end up in after as a side car.

Re: V6
It was in the rav4 from 2006-2012. I bought a 2011 limited with a bit of cosmetic damage. I need to fix a door mirror and get the front bumper aligned since I think a tab is broken. But man... 85k miles for a 2011? Carfax has one accident in the history and it's listed as a minor fender bender. It's clearly been hit since then too with the door mirror and bumper being off. There's a gash on the bottom of the bumper as well

I basically did everything wrong when buying this car from the dealership (toyota dealer was selling it). I didn't even notice that the door mirror body was broken till I got on the highway. The dealership figured out I drove like 3 hrs to come look at the car so I was interested. Someone was trying to finance it when I got there and they had me wait till they figured out if that person was going to walk out or sign up for it. Well, I waited like 30 mins on a sunday to see it so they figured I was interested. Once they knew that, they didn't want to play ball on price or my trade in. I did almost walk out when they came up with a hilarious loan term, I ended up getting something like 4.x% which is low enough that it didn't make sense for me to try to pay it all off at once.

Should work fine through residency... maybe even a winter beater/snow car once I'm done training.
I found a black one further south that looked amazing and had only 75k miles on it, but I saw 2 other cars before seeing this one and both of them were awful. One had a huge crack on the windshield (not disclosed) and the second was being sold towards the high end of the price range and had a decent bit of damage, chips in the paint etc. The damage on mine is mostly fixable and very livable otherwise. It does have two different sets of tires F and R which is silly but whatever. I'll get something better when they wear out....

I just feel stupid that I waited this long to do it. I had posted something on a really good car group on fb about thinking about it and then decided to wait it out. Well, I got beached in the snow on a back road in the acura on the way home from snowboarding at 11pm on a work night and decided then that that was that. Used car prices are pretty wild right now so I wish I'd done it sooner, but I'm honestly stoked. I keep checking to see what else is out there and forget all about it when I get in this thing.

I def need to get a new headunit for it. This thing is hilariously old. Just need to do some research to see what will let me keep the steering controls.

Oh and the car also has a tow prep package. Should be good to tow 3500lbs!

Also also, I can dirtbag it when I go snowboarding. Planning to make a platform in the back so I can sleep in it for a night here and there because why the fuck not.

The fb group is apex automotor -join it if you haven't already it's awesome I swear!

*gasps It's not the same engine that was available supercharged in the Toyota Crown's???? Now that could be a fun headache to have.
Click to expand...

And to answer both your and @HRoi 's question.
Yup... It's the same motor as the evora. Some modifications that toyota made for the lexus specific one but it's still the basic 2GR-FE. came supercharged on the lotus afaik. And yes, I think it was the same motor as the crown and a few others. Stateside, I think the highlander has them as well.

The V6 rav was actually the fastest car in their lineup for a year or two early on which is just plain funny to me.

Sorry for the long ass post, but yeah it's been a while.

Re: fastest car in the toyota lineup.

Hey guys, if you are gojngt write articles like this, could you please just out your user name in the byline? It makes it easier to figure out which of you wrote this

Rarity is enticing, but hit the road in some parts of the US in your brand new supercar and it’s unexpectedly easy to feel like you’re just part of the crowd. In LA or New York it&#8217…
www.slashgear.com
I went to a dog rescue place the other day, and they had an elderly chihuahua named Johnson - not sure if it was because his dick was constantly out or not, but there it was. - Imatlas
You must log in or register to reply here.
Share:
Facebook Twitter Reddit Pinterest Tumblr WhatsApp Email Link
New posts