Last year, I had a really strange experience having a Samuelsohn tweed jacket made-to-measure by a local shop, and I'd like to ask if anyone out there has advice about how I should handle it. It was supposed to be roughly like a hacking jacket... I've put up some pictures.

I'm really thin... two subsequent Samuelsohn MTM tailors have told me that the shoulders and chest are clearly much too big. The massive chest is easier to see in person, but you can see here that the shoulders are so wide that they droop badly. This is even after the tailor I bought it from cut them down by about 3/8" each side (yes, he did that, I actually saw the 3/8" scraps of tweed).

I know that the Samuelson Austin model doesn't have small armholes, but I suspect that he made them larger still, and a wierd shape when he reattached the arms (yes, he had to do that). I barely have to move my arms for the whole jacket to hike up. I'm pretty sure the try on jacket wasn't like this.

So before anything else, am I right in thinking that this isn't what an expensive Made-to-Measure jacket should look like? 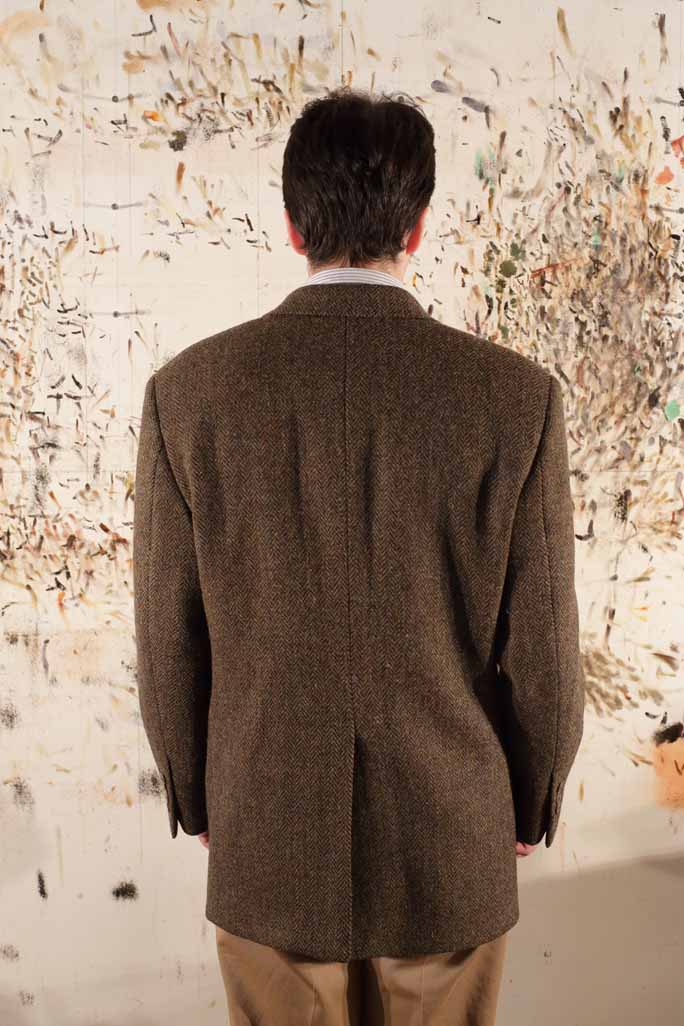 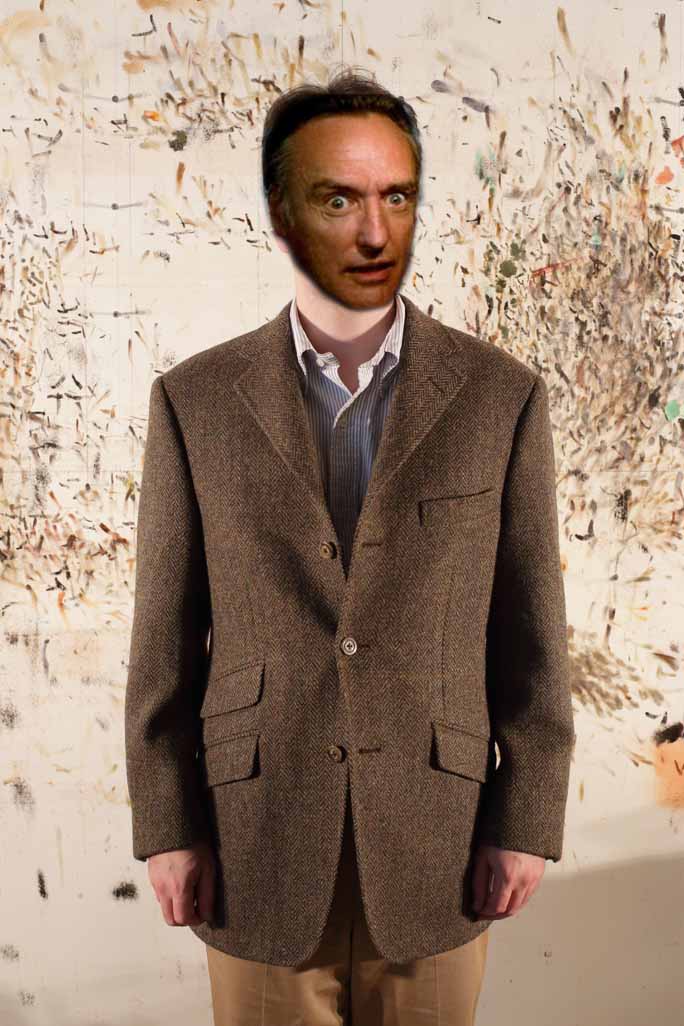 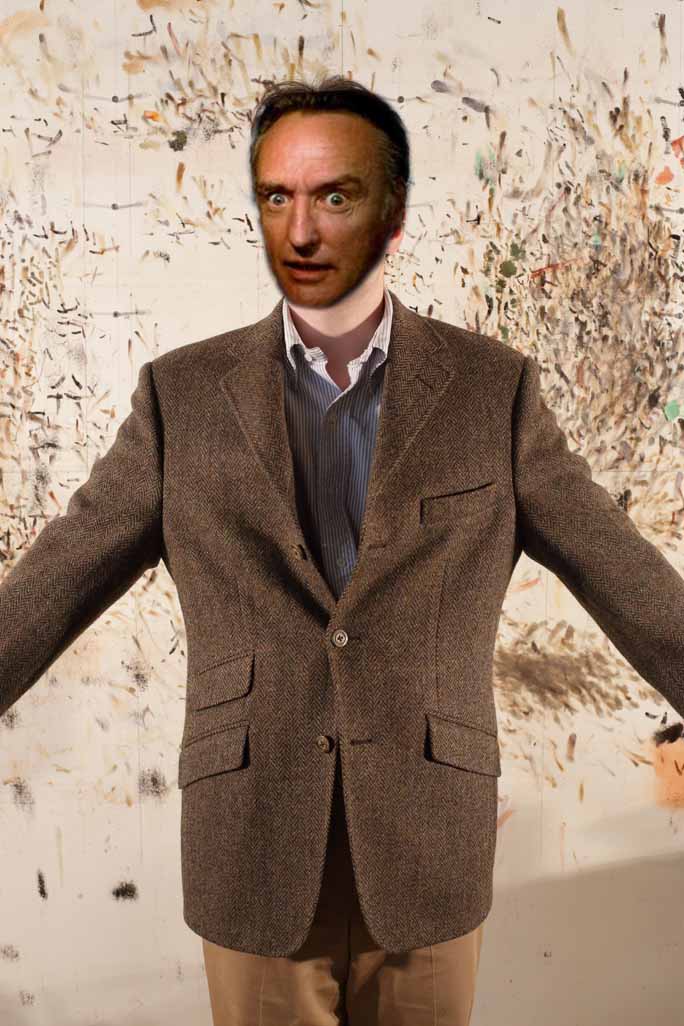 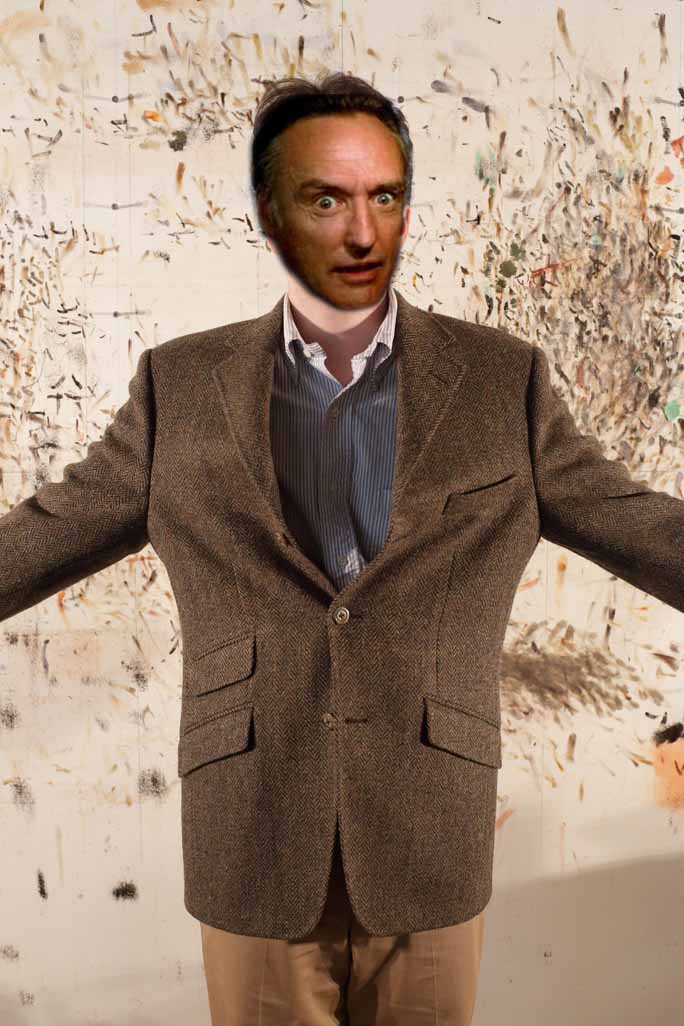 Definitely a return.
"Blue Denim in their Veins"

This jacket, although very nice, was built for a silhouette that is not yours.

I have had 3 MTM experiences here in San Francisco. Each was worse than the first. The first 2 are passable, but the 3rd was clearly not even made by the same factory.

Thanks for all your replies... trouble is, I did try to return it. This is where I'm asking for advice.

When I took it in to return, the tailor's son, perfectly pleasant up to this point, snapped that I wasn't getting a refund. The old tailor came out and became unhinged, telling me (among other things) that I needed "a brain transplant" (exact words) and that he'd sue me for defamation of character for every penny I had. To the end, they maintained that this was fine and that I was the impossible customer.

I argued with them for forty minutes. I politely stood my ground to the end, but incredibly, so did they (uh, not so politely, though).

So, when the tailor is deranged, and his sons back him up like good soldiers, and categorically refuse to accept it, does anyone have any ideas?

Sorry to hear this. Did you pay with a credit card? You could consider asking your credit card company to help mediate your dispute. If that goes nowhere then perhaps asking Samuelsohn directly. They probably won't be able to give your money back, but perhaps they might offer a discount on a remake through a different tailor. Anyhow, best of luck.

I would file a chargeback if possible.
www.vestit.us

Are you sure they didn't mix up orders?
Dirt washes off, ignorance is much harder to remove. And willful ignorance is the precursor, if not the essential ingredient, of stupidity. - DWFII​

I just bid you best of luck at trying to get your money back. Definitely file a charge back.

Actually, I got this last June... I think it's much too late for a chargeback, I should have done that long ago.

As for Samuelsohn, I did contact them right away, in June. The representative seemed really helpful, and offered to "correct the situation" as quickly as possible. I thanked her, but said that the particular Harris tweed was currently out of stock (I'd bought it myself), and that first I hoped for help getting a refund from the tailor. I asked for the MTM tag information (mysteriously removed from the jacket), and if it really was Samuelsohn's error that the arms were 1.5" too long (working cuffs, sadly). That's when she stopped answering my emails.

I got hold of her again in September by writing to the main Samuelsohn email, asking if she was there, and if she was all right. She offered to "resolve the issue" again, then vanished again, as soon as I asked some questions. Finally, I was able to phone her in December, after I got back from a trip. She offered me "a new garment". This time I wrote back suggesting that I buy a more expensive suit, and they could subtract the amount the tailor charged me. She agreed.

So I went to another place, O'Connors, to get it started. I wrote back, asking if the deal still stood, wording it specifically "to take off the amount ___ charged". She replied that the deal was still on, and asked for a copy of the original receipt. I went to O'Connors and got measured.

The next day, now that everything was all set up, she suddenly told me that she could only take off $475, at least $500 less than what she had pretty clearly offered before, and which I had clearly specified in my email. She now suggested that I write to this totally hostile tailor shop, all this time later, and try to get some of my money back, which is what I was trying to get help with in the first place. "You can CC me, but don't involve me," she said. She also suggested asking for a discount from O'Connors, the one absolutely blameless party in the matter. That really got to me.

I realize that this jacket was likely not Samuelsohn's fault, initially, and that dealing with the public is not normally her job. But after so many months of being treated so strangely, I'm pretty angry. No Samuelsohn MTM "new garment" costs as little as $475. Doesn't Samuelsohn have any interest in making sure its reputation is in good hands? She seems more concerned with maintaining a good relationship with an incompetent and destructive tailor, than about the fact that a customer has received a terrible Samuelsohn jacket and lost a lot of money.

So I have a couple of questions... can anyone suggest what I might do, and what is fair? I've been trying to be fair the whole time, but I've lost track. And just on the off chance, does anyone know how I might get someone higher up at Samuelsohn?

Is it too early for name and shame?
Dirt washes off, ignorance is much harder to remove. And willful ignorance is the precursor, if not the essential ingredient, of stupidity. - DWFII​

taxgenius said:
Is it too early for name and shame?
Click to expand...

No. Ridiculous unacceptable situations to be honest.

taxgenius said:
Is it too early for name and shame?
Click to expand...

IChen said:
No. Ridiculous unacceptable situations to be honest.
Click to expand...

Ha ha... much as I'd love to, and although I'm not without spitefulness in this matter, I'm still dealing with this woman, and I think it would be unwise.

I initially thought that Samuelsohn shouldn't pay for this, since it probably wasn't their fault. I also thought they'd have some leverage over an obviously unprofessional tailor shop, who are making clothes with Samuelsohn's good name on the label.

But now...? This last minute change is the last straw, and sending me off to deal with the tailor myself, after all these months (and with none of the information I asked for long ago), seems far too late.

Ideally, I'd like to find someone else I can talk to at Samuelsohn, but she seems fairly high up. I would imagine that there are other, more professional people there, who'd be concerned about Samuelsohn's reputation, but I have no idea how to contact them. I don't suppose anyone has any ideas?
You must log in or register to reply here.
Share:
Facebook Twitter Reddit Pinterest Tumblr WhatsApp Email Link
New posts