Best Spirit to mix with Coffee?

I'm enjoying a cup of coffee early Saturday evening and thinking a splash of something might really raise the caliber of the rest of my night. What's a good choice? Brandy? Whiskey? preferably something friendly to a student budget.
I'm a writer and comedian named Ezra. Hang out with me on Twitter, Tumblr, Facebook and Youtube. Since I spend so much time making funny stuff for the internet I started helping muggles (regular people) with this kind of work through a marketing agency that publishes a magazine called What Weekly.

instead of milk or cream I like to add anything from kaluaha/Amarula/bailey's, etc to to Tia Maria or Frangelica.
"Somebody is definitely going to say, "why don't you just be yourself". Well, I've tried that already, hence my interest in Style Forum." ~ Lear
"Sometimes the desire to press the buttons on one's keyboard outweighs the fact that one has nothing to say" ~ trogdor

* Sugar or a combination of Sugar and Cinnamon to rim glass
* 1 tbsp Bacardi 151
* Cinnamon
* 1 oz Brandy
* 1 oz Kahlua or other coffee liqueur
* 4 oz of Coffee (regular or decaf)
* Heavy cream, whipped until thick but not stiff

Add the Bacardi 151 to the glass, tip the glass and light the rum. Immediately begin turning the glass so that the flame can melt the sugar around the rim. Continue turning until the sugar is caramelized.

Set the glass upright and shake in a bit of cinnamon. If your flame is still burning the cinnamon will spark a bit. Add the Brandy, Kahlua and Coffee. Gently pour whip cream on the top of the drink. Serve with a straw. Bailey's is the old standby. For good reason. 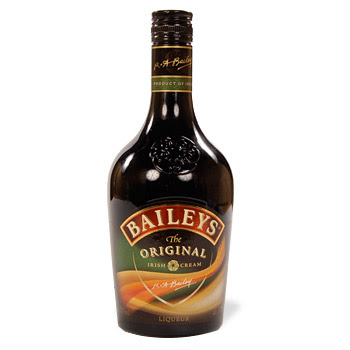 Jesus i think if i hear the words steeze or swag any more on this forum ill light myself on fire...and im black so i actually like slang. Aren't there any other words for "cool"?

It's the only real reason for me to buy the stuff.

Bailey's is the old standby. For good reason.