Previously all that was said about the game's plot was this - "Eight of the best assassins in the world have come to Gotham City for one night, Christmas Eve of all nights, to kill the Bat." We now know that these eight assassins are lured to Gotham by the villain Black Mask (who briefly appeared in the Robin DLC for "Arkham City"), who is offering a substantial reward for Batman's head. The assassins will also be joined by crooked cops in the GCPD looking to cash in on the reward.

The game will take place in an open world environment like "Arkham City" that spans into two areas, "Old Gotham" and "New Gotham." New Gotham will feature classier areas with tall skyscrapers while Old Gotham will be the map from "Arkham City" prior to becoming an open prison. With the addition of "New Gotham," the game's map size has been doubled. There will also be 'Crimes in progress' side missions that players can choose to stop or ignore (as seen in previous superhero games). In addition, there is a 'Most Wanted' setting that will allow players to go after DC villains that aren't integral to the main storyline.

We've also learned some details about the handheld follow-up, Batman: Arkham Origins Blackgate. The game will take place after the events of "Arkham Origins" and will see Batman going to Blackgate Prison in the wake of a riot that has broken out. It will be a side-scrolling game that features some of the same weapons and gadgets but won't rely on an "experience point" system. 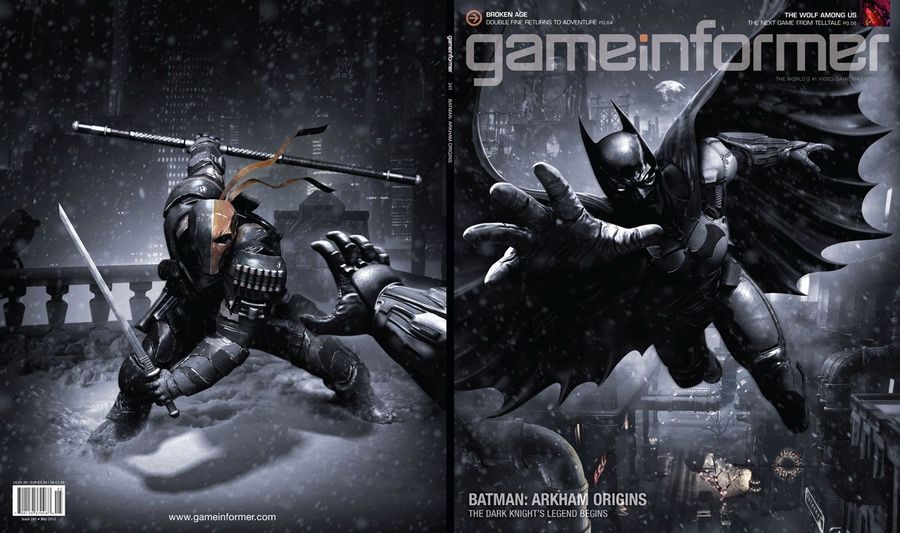 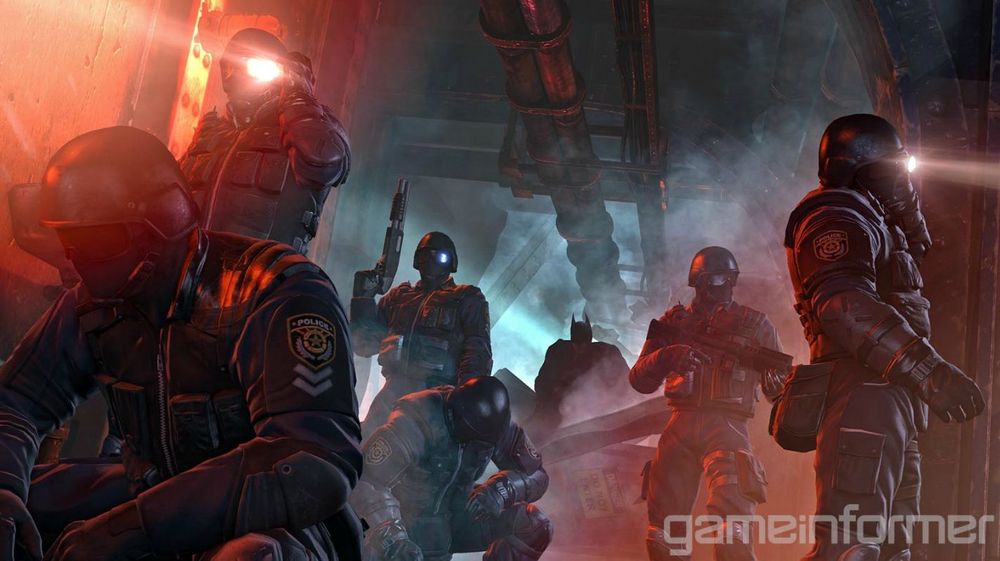 So pumped when I saw this, but slightly worried since it's not the same dev as the previous games. Already preordered, though.

What system did you pre-order it on? I am going to wait and see what bonuses they give for pre-order but my main concern for which system. I played both Asylum and City on my 360 but if PS4 comes out a few weeks after, I might just go with the PS3 version. It is also available in WiiU and I am curious if they play differently with the gamepad.

idk guys after playing the first two in the series i find the gameplay a bit boring its mostly a button pusher, but i think my comic book fan status may incline me to play this anyways
Instagram

Criminals are a superstitious, cowardly lot. Until they find some friends, that is.

Warner Bros. Interactive Entertainment has revealed a new wrinkle to Batman: Arkham Origins, its prequel to Arkham Asylum and Arkham City, with the announcement of a 2 vs. 3 vs. 3 online multiplayer mode developed by Splash Damage (Brink, Enemy Territory: Quake Wars). Invisible Predator Online will pit Batman and Robin against two player-controlled teams of gun-toting henchmen, each consisting of three players, led by the competing Bat-villains Joker and Bane.

These aren’t just any ordinary henchmen, though – Joker and Bane have enlisted their Gang Elite to take down the Dynamic Duo, outfitting them with special gadgets like Enhanced Vision, which works like Batman’s Detective Vision to see other players through walls and objects but with limited battery power, and deadly themed weapons like the Joker gang’s “Surprise, You’re Dead!” proximity mine gift box or the Bane crew’s ultrasonic pulse that can zap enemies even through walls.

Though I initially had reservations about how well multiplayer could be incorporated into the Arkham world, my hands-on experience in several matches quelled my fears (Scarecrow’s fear toxin not included). In the level I played – set inside the crumbling interiors of Blackgate Prison – the two Gang Elites competed to secure three different control points. If your gang holds a majority of the control points, the opposing gang will lose a respawn every 30 seconds for each one you hold. Once a team has used up all its respawns, either by getting toasted by the rival gang or subdued by the Caped Crusaders, it loses. Likewise, Batman and Robin fail by being sent to that great belfry in the sky once too often.

Batman and Robin win through intimidation, by taking down gang members, varying their tactics, and subduing high-value targets like gang captains, until Joker and Bane stop the operation.

Playing as Batman or Robin is all about mastering stealth, cunning, and your environment. The heroes have all the moves and gadgets that Batman has in the solo campaign, but they’re hardly bulletproof. As Robin, I started out perching on the gargoyles, using my Detective Vision to track henchmen’s positions, and waiting for one to wander underneath so I could drop down for an inverted takedown. Or if one is isolated, I could target him and swoop down with a glide kick to the head. When caught up close, I whipped out my fold-up bullet shield to block gunfire before stunning the Joker flunky with a shuriken (Robin’s version of a batarang) and then knocking him out with my bo staff.

Batman and Robin can also set traps, such as spraying a walkway with explosive gel, retreating to a convenient vantage point, and setting it off when a henchman or two get too close. They can also hide under those walkways in grates, stealthily picking off unaware goons from below. And to ratchet up the tension even more, the environment will play tricks on unsuspecting bad guys, occasionally spooking them with a swarm of bats or distracting them with flapping cloth that looks like the rustling of a cape.

But because those goons are human-controlled, they’ve got a few tricks up their garishly colored sleeves as well. Gang Elite can’t be subdued by stealth attacks if they’ve seen the Bat or Bird first, such as spotting one moving into position on a rooftop or sneaking underneath in grated vents. Luckily for Batman and Robin, they can temporarily scramble a Gang Elite’s Enhanced Vision as well as temporarily scramble a hold point to keep either gang side from capturing it.

After the battle has been raging for a while, Joker or Bane become unlockable. When activated, the first Gang Elite member to reach his secret hiding place will be able to control his respective gang leader – and that’s when the action gets really intense.

Each supervillain has his unique strengths and abilities. Bane, for example, is a bulldozer of a man, great in melee confrontations, who can pummel his opponents with his fists and soak up heavier damage from gunfire. He can even pick up an enemy and toss him as a weapon, or unleash doom with a rocket launcher. The Joker is deadlier at a distance, armed with two custom hand-guns – the Ace of Spades, an explosive hand cannon with tons of splash damage, and the King of Hearts, a one-shot kill weapon that requires more careful aim. When caught up close, Joker can give pursuers a lethal jolt with his Joy Buzzer.

While Invisible Predator Online is set during the window of Batman: Arkham Origins’ fiction, it isn’t directly connected to it. Robin, for example, will not play a role in the main story, though he’s a prominent figure here, but playing the solo campaign will allow you to unlock as-yet-unspecified items in multiplayer mode.

Make no mistake, this is no after-thought multiplayer mode tacked onto a solo campaign. Invisible Predator Online is shaping up to be a full-fledged, tension-filled multiplayer experience that psychologically scarred whackjobs on either side of the law will appreciate.
Click to expand...

Game looks pretty cool. I hope the storymode part of the game is a little longer than Arkham City. I never got much of the side missions done in AC though, still loved the game.

This video put my concerns at ease. Will definitely purchase this game now.
Quote:Originally Posted by Arrogant Bastard I once spent a few weeks in Ed's basement, but you know what? He was totally fine once I put the lotion on my skin. A true gentleman. He's got a short fuse and a slight obsession with moisturizers, but who doesn't these days, am I right? 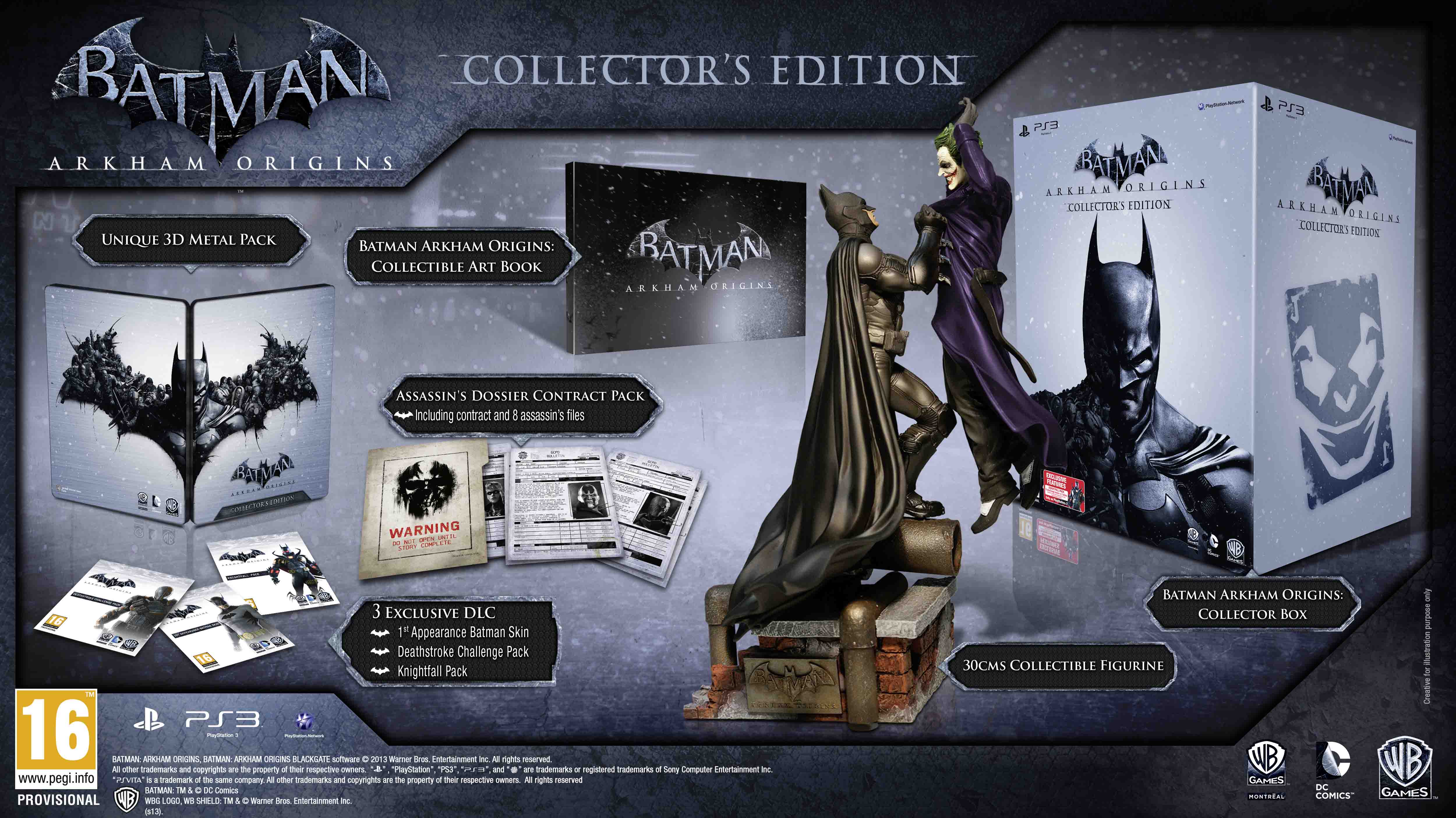 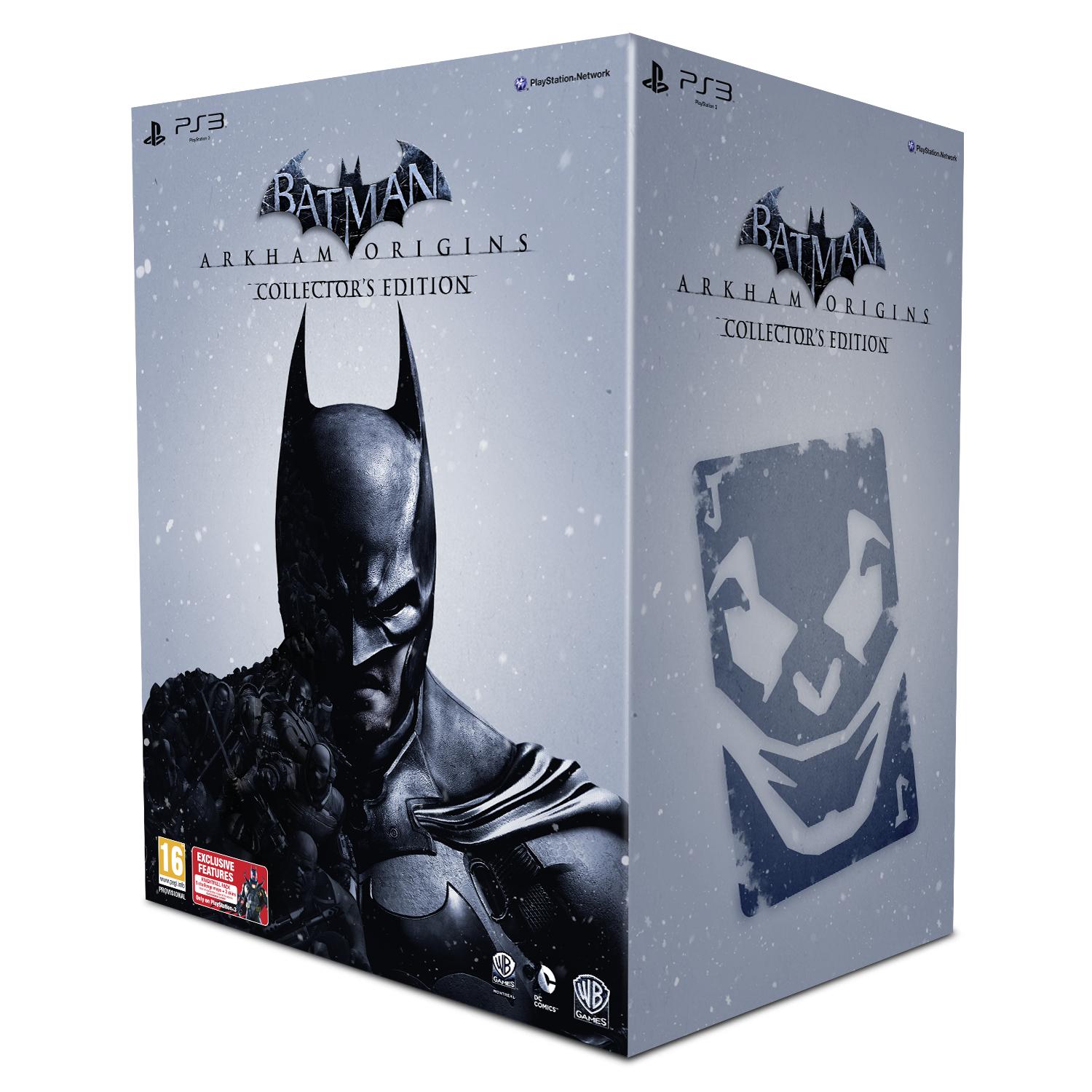 Warner Bros. Interactive Entertainment and DC Entertainment today unveiled details for the Batman: Arkham Origins Collector’s Edition. The UK package will be available from 25th October, 2013 in limited quantities for the Xbox 360

video game and entertainment system from Microsoft and PlayStation

3 computer entertainment, and will retail for £79.99. The North American version of the Collector’s Edition will be announced next week.

The Batman: Arkham Origins Collector’s Edition will be available for pre-order in the UK exclusively at www.amazon.co.uk
Click to expand...

will def be buying collectors edition as I did for arkham city. Themed my batman goalie mask after the artwork from arkham city.