Words and pictures by Jasper L
​

The Night Battles, Italian historian Carlo Ginzburg’s 1966 exploration of 16th and 17th-century Italian witch trials, deals with the benandanti (“the good walkers”) - the local visionary harvest-cults of the Northeastern Venice-Friuli region - and their persecution by the Roman Inquisition. The benandanti believed that, by virtue of being born with a caul around their neck, they had the power to leave their corporeal forms and fight against ill-meaning witches in pitched battles that determined the fate of the harvest. They imagined themselves the good guys - but in the eyes of the Inquisition, the benandanti were witches, and you can probably imagine how that turned out.

The lagoon of Venice isn’t far from the rural backwaters that were the focus of the Inquisition’s unwelcome curiosity, and if Ginzburg’s thesis is correct (as I’d wager it is), traces of similar fertility cults can be found all over Italy, continental Europe, and likely any region with a Proto-Indo-European genealogy. Many spots were, until recently, almost completely off the grid - a former professor once told me that, during a youthful visit to the Friuli region, her host father asked her if they were still speaking Latin in Rome.

Now, you may be asking yourself what all of this has to do with contemporary Italian fashion. Everything and nothing, is the answer. Barena’s clothing is rooted in both sea and land (Baro, declares the website, comes from the Celtic barre, meaning “saltmarsh”) - in the lagoon, where the salt meets the earth; at times nautical, at times reminiscent of brackish gardens and the salt-crust of the marshes. The label does its best to tap into that old-meets-new charm; a cross between the educated literati of the civilized world and the rustic sensibilities of the pagans.

The mainstream brainchild of Sandro Zara, who is also the founder of Tabarrificio Veneto, Barena claims to draw its inspiration from the “ancient peoples” who once lived in the lagoon - the incolae lacunae (lagoon dwellers) of Roman record, who were rooted in fishing and, like the benandanti, agriculture. The sea has its own seasons, and even if the marsh-dwellers may not have necessarily shared the same cult-beliefs as their rural neighbors to the North, there is similar sense of hazy, half-corrupted magic that permeates the collections when they’re seen as a whole.

Barena’s approach to the summer season is fairly interesting. A lot of what they do revolves around knitted fabrics, and as I’ve mentioned before, working knits into a summer wardrobe sounds like an exercise in misery. It’s to Barena’s credit that their Pitti 86 booth didn’t seem like a throwaway or an afterthought (brands are required to rent a booth for both winter and summer shows to prevent a mass exodus as of July), but was pleasant and cohesive in its own right.

Conventional (Classic Menswear) wisdom declares that patterns should be harmonious and complementary. Barena’s styling suggests a harmony that’s not quite as subtle, and is perhaps more rooted in the idea of generational styling - inherited garments that don’t necessarily match on every level, but are nonetheless complementary if only in their loudness. The low-key color schemes prevent the garments from appearing gaudy, but it’s certainly clothing that requires a bit of an eye for detail and pattern to layer properly. Some of it looks as though it was made for life on the water, other pieces stand out as rural in their inspiration; perfect for trips into the pagan North.

There were several stand-outs - the striped knits and jackets are summery without being too reminiscent of WASP-y yacht clubs, as are the toggled pullovers. A microfloral vest layered over an unlined denim jacket was similarly nautical in a manner that suggested sea-going flowerbeds, and floral motifs adorned a selection of Barena’s well-known blazers. The whole collection has something of an Italian Paddington Bear to it - friendly and a little hazy; a sort of head-in-the-clouds workwear at home in the station or the garden. And it is workwear; make no mistake - even if it’s not the American workwear we think of when we hear the word. Barena names traditional Venetian craftsmen as its inspiring force, and although that original inspiration is diluted through the filter of what is very much a contemporary fashion label, the silhouettes and stylings do retain some of that salt-marsh romance: wide, loose, and largely cropped; good for getting on your knees and digging, or for rolling up the sleeves for a punt down the river, at home with wellies, sneakers or derbies.

I remain convinced that Barena looks much better when it’s worn loose and slightly rumpled, like an Italian Engineered Garments - imagine, perhaps, that you must work the fields in the daytime and meet with the village council in the evening. For summer, the jackets are lightweight enough to wear over a simple shirt, popover or tee, and the knits are a good weight for cooler nights - a garment weight that it appears the Italians have more or less mastered, as many brands offer seasonal knits that wouldn’t overwhelm the wearer on a summer evening. The warm-weather collection is easily as attractive as the more staid winter offerings, and the clothes are worthy enough for gardening, boating, or even dancing under the light of the moon. 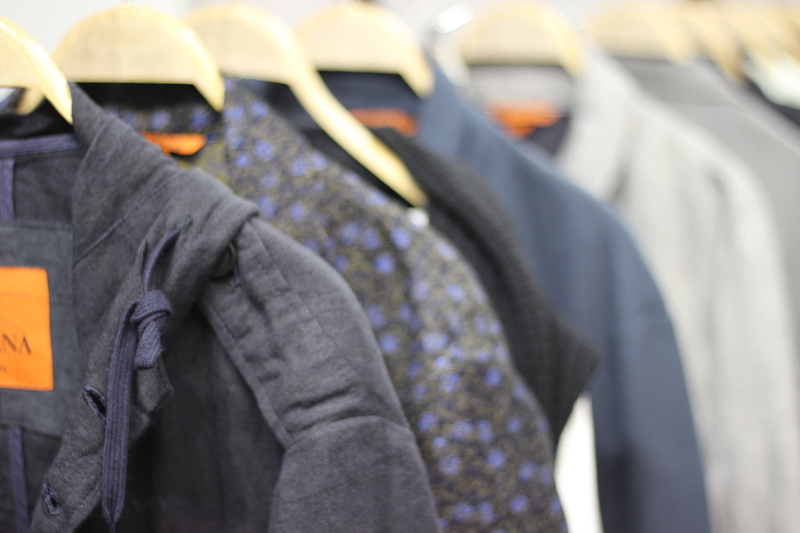 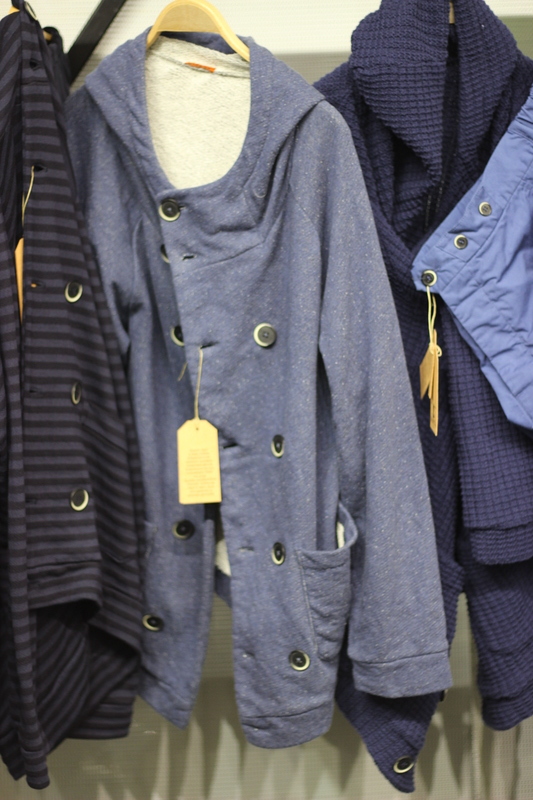 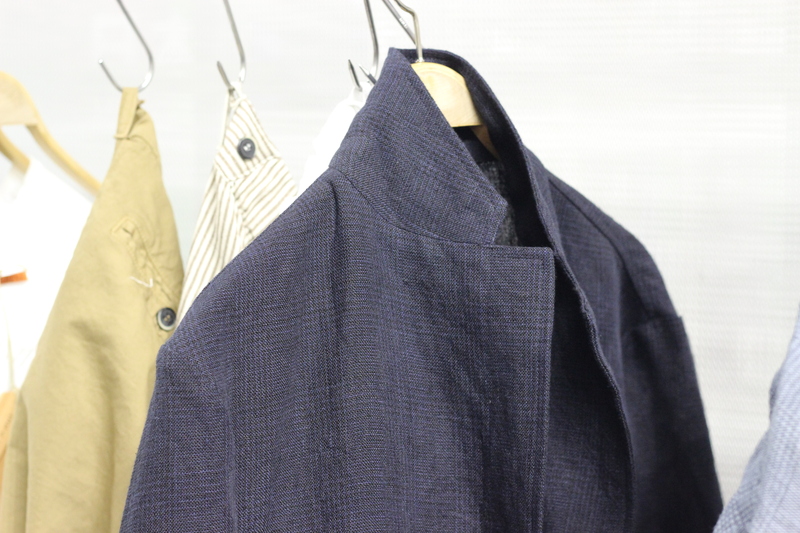 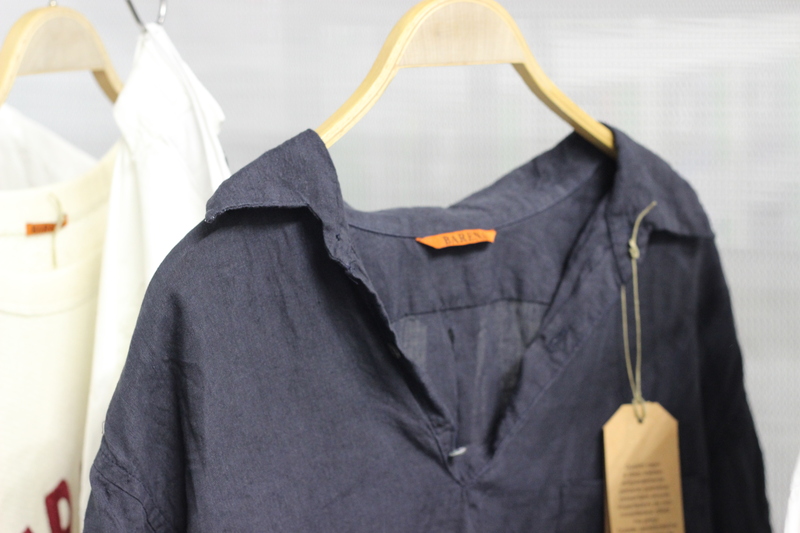 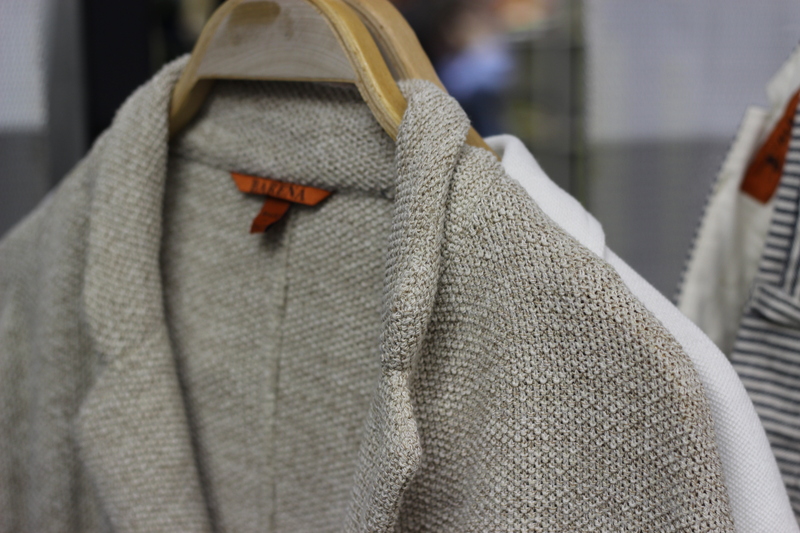 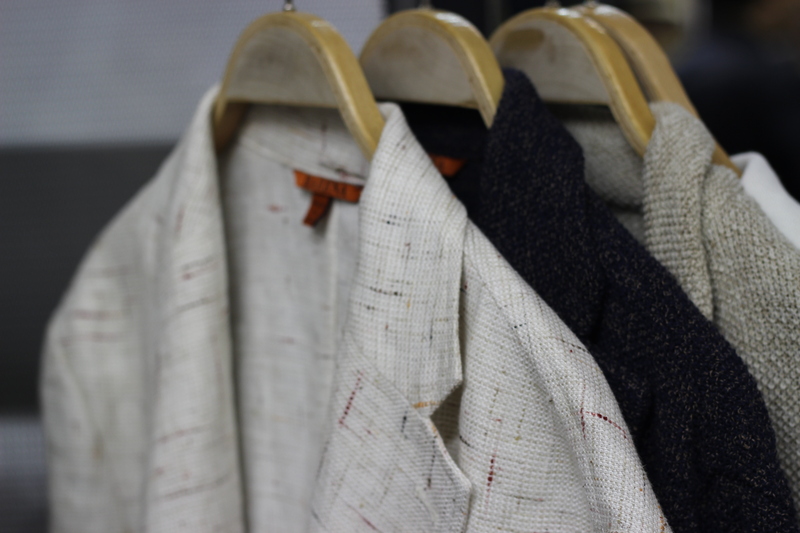 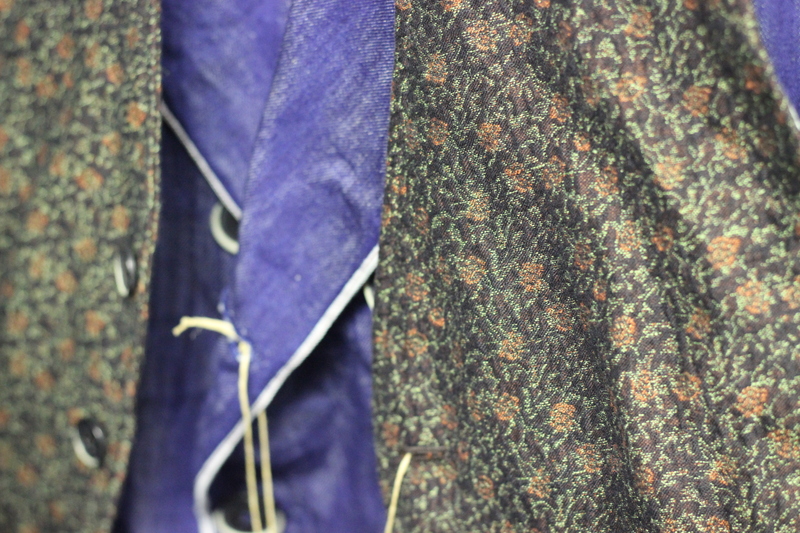 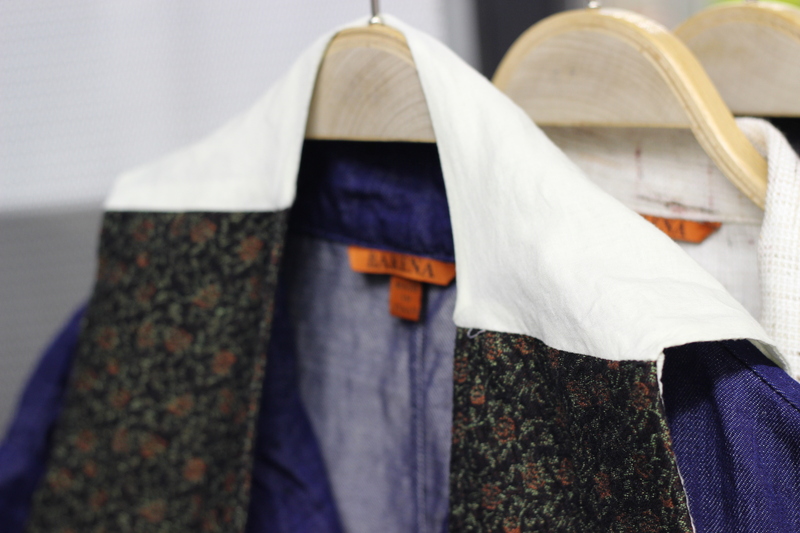 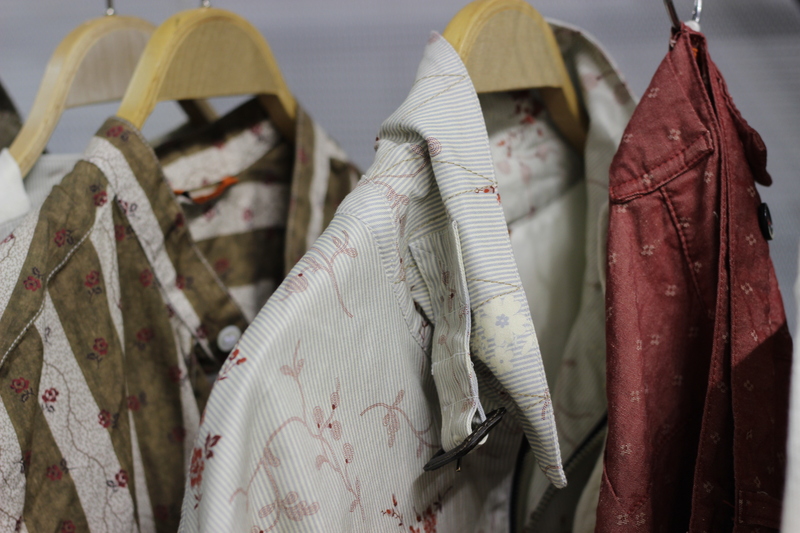 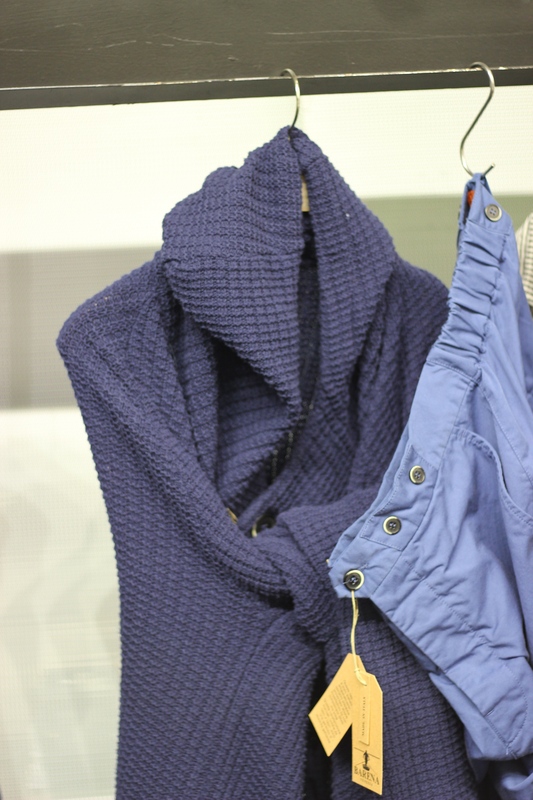 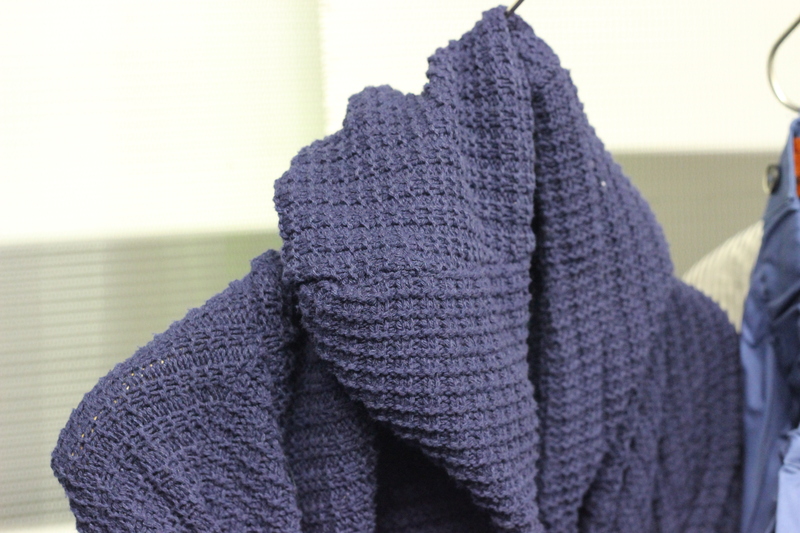 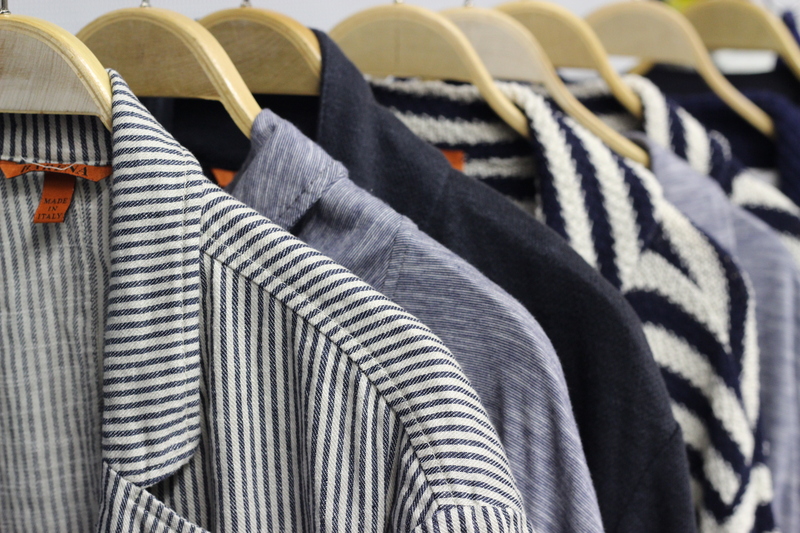 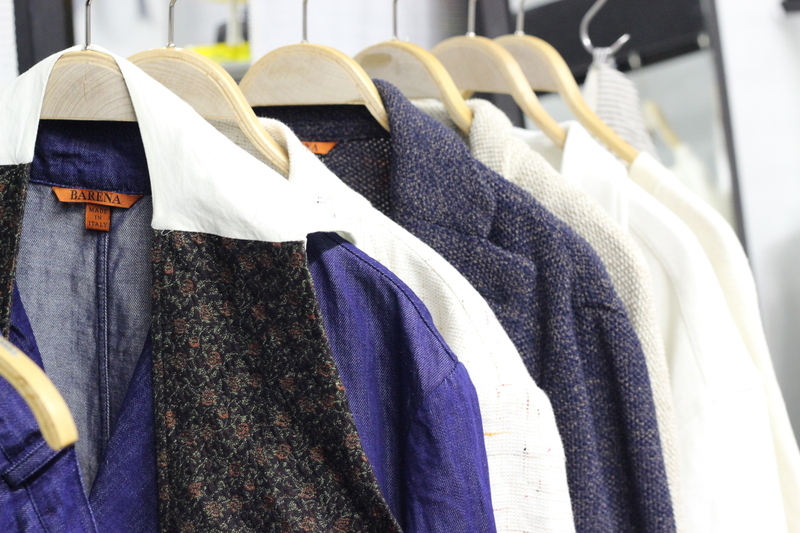 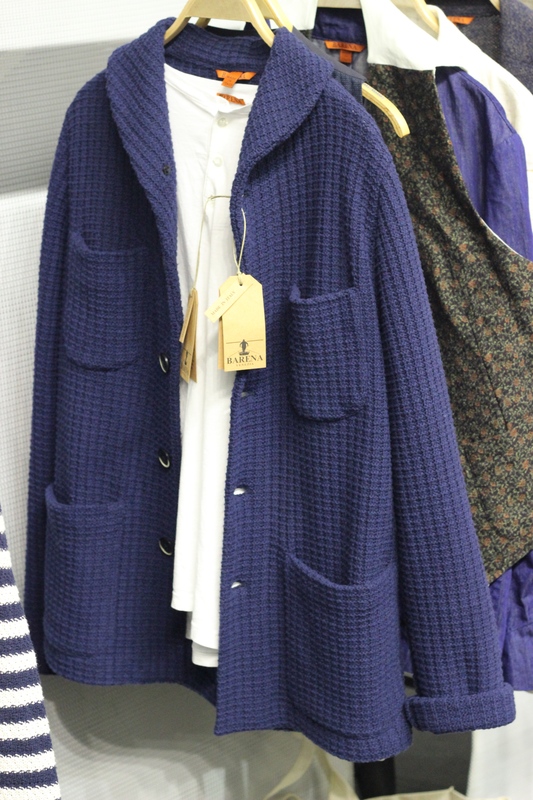 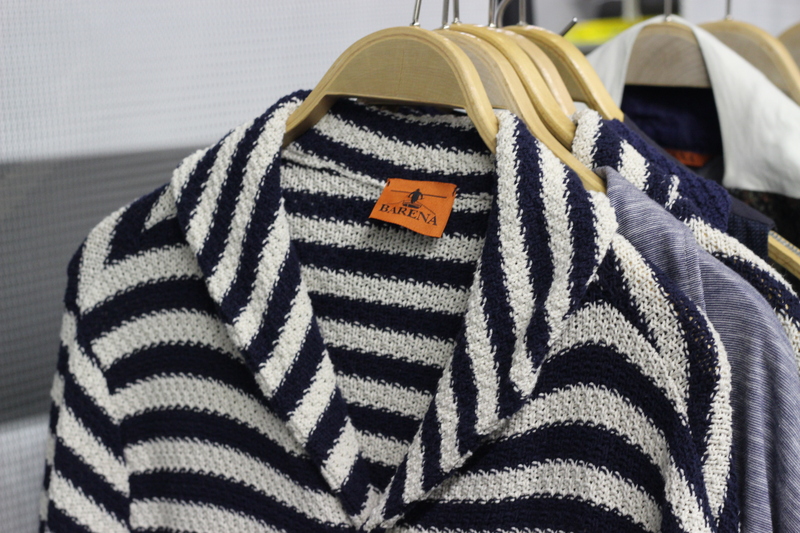 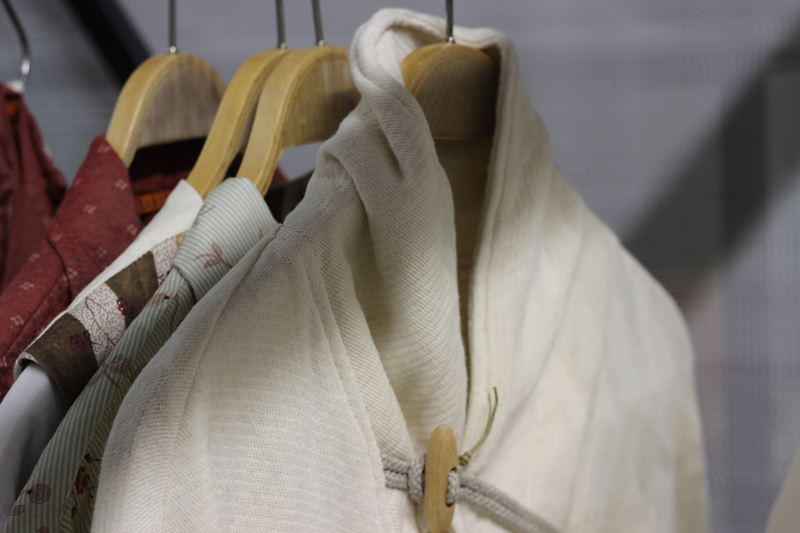 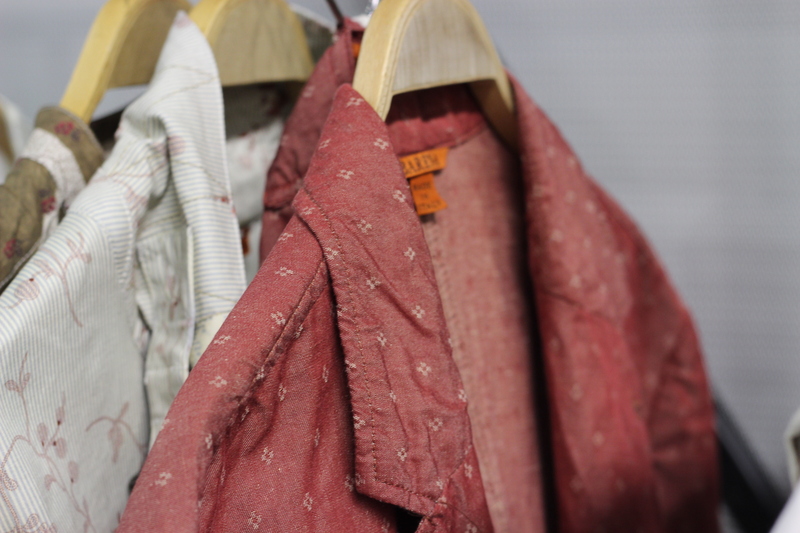 Great write up. I now have a few pieces of Barena gear and experienced a few others that didn't fit and had to return (Yoox!) and really like the materials and designs. I tried to get a hold of the linen lightweight/unlined blazers Yoox was selling, but they were sold out of my size. Really nice stuff.
FOR SALE: JE Items (Pre-SS19 Boucle Sweats, FW19 Blue Fireside Sweats, FW19 Spec Fleece Sweats), New FOG White/Black BBall Hi, New NikexFOG Grey Mocs...

Damn some of the fabrics look incredible! Nice writeup

This collection really floats my boat (