Are Neckties Going To Go The Way Of Bowties?

I should just point out to people saying that it's cyclical and that ties will come back - that really depends on what timescale you are looking at and where you imagine we are. Yes, there is, or has been, a certain cycling in fashion over the last 75 years, but there are also longer-term trends. We are not wearing what our ancestors were 100 years ago, and certainly not 200 years ago and really, really not 500 years ago. It's not just about the pandemic. The casualization of everything is an encompassing long-term trend that has been going on since at least the mid-1960s, and the vanishing of ties is just one aspect of this. What comes after this could be anything, although unfortunately I think we're all going to be having to wear clothes that help us survive in the catastrophically alterered climate that we've all contributed to creating and seem unwilling to do anything about preventing, reversing or even mitigating.

Phileas Fogg said:
not in this case. He looks like shit. Quite honestly I’ve never been impressed by him. He always looks as though someone put his outfit together for him and told him he looks great.
Click to expand...

I had read a while ago that most major celebrities had stylists who would dress them for many/most of their public appearances. I filed that away, and later was just googling some images of male celebrities with similar hair/skin tones to mine for possible inspiration.

I found none. In every case the first 100 or so images that came up were similar, with the celebrity dressed in neutral ensembles of solid colors. They didn’t just look like they had been dressed by stylists, they looked like they all might have been dressed by the same stylist.

josepidal said:
37 is a starter set for this forum no?
Click to expand...

I actually own zero, will I be banned now that that's out?
And still, I am firmly of the opinion that business suits without ties are absolutely terrible. They have lost the single point of surface interest, and more importantly, the only element differentiating one man from another in a room full of dark plain suits.
A pocket square could help, but most people don't wear those either, (probably think too dandy?), and it's much less visible anyway.
I don't own any of those suites either though, that's why I haven't bought any tie yet. In fact I don't have a suit at all, just a couple sport coats.
I don't understand why the "business casual in traditionally conservative environments" movement doesn't adopt separates though, and more variety in colours and patterns.
My assumption, certainly influenced by reading permanent style often, is that it's just easier for the lazy person unconcerned with clothing to keep the boring suit and just drop the tie.
Last edited: Jul 20, 2021

FlyingMonkey said:
I think we're all going to be having to wear clothes that help us survive in the catastrophically alterered climate that we've all contributed to creating and seem unwilling to do anything about preventing, reversing or even mitigating.
Click to expand...

Totally. I’ve only bought a few pieces of tailoring in the past two years but all were half-lined, high-twist wool, linen blends, and such. Climate here in DC has gotten warmer over the last 15 years. I’ve ditched all but two winter suits.

Maybe Covid plus a warming climate will push us toward more casual business attire even in govt, law, etc.?
"Sorry to jump in, but @smittycl and _________ you are indeed talking past each other. However, only Smitty is correct."
E

DapperPhilly said:
Due to the pandemic and many people still working from home I see neckties becoming more and more obsolete.
Click to expand...

These tie-free suit outfits look great to me. 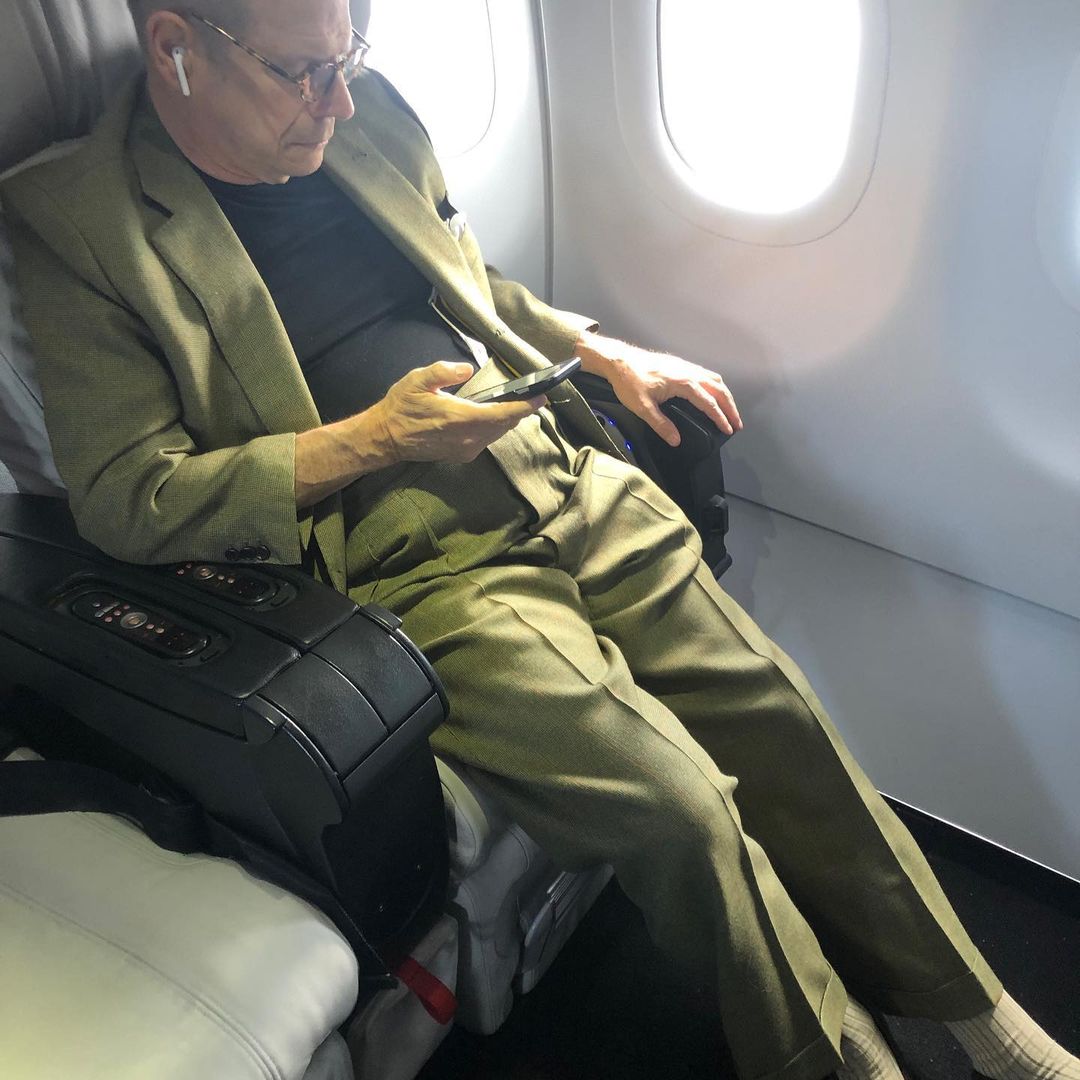 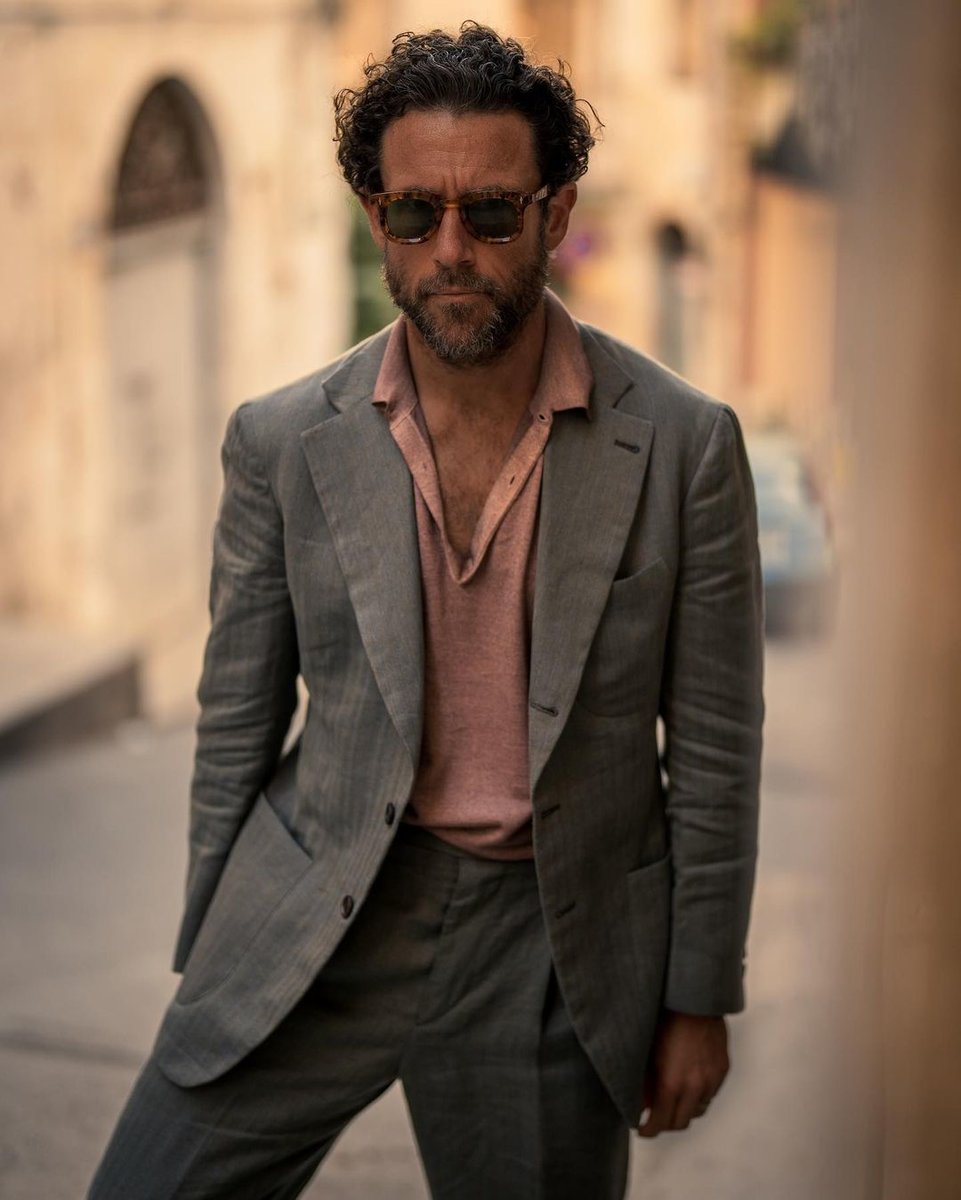 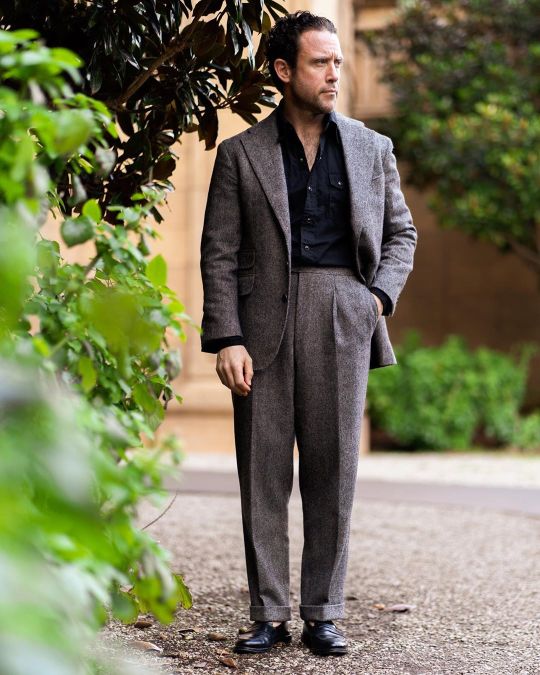 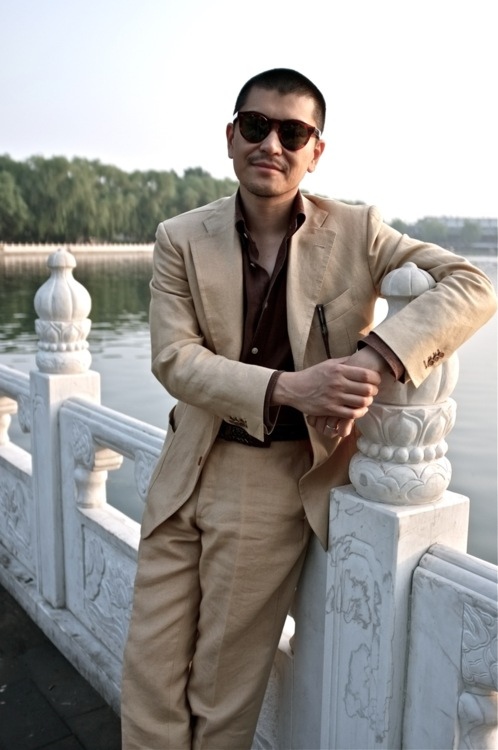 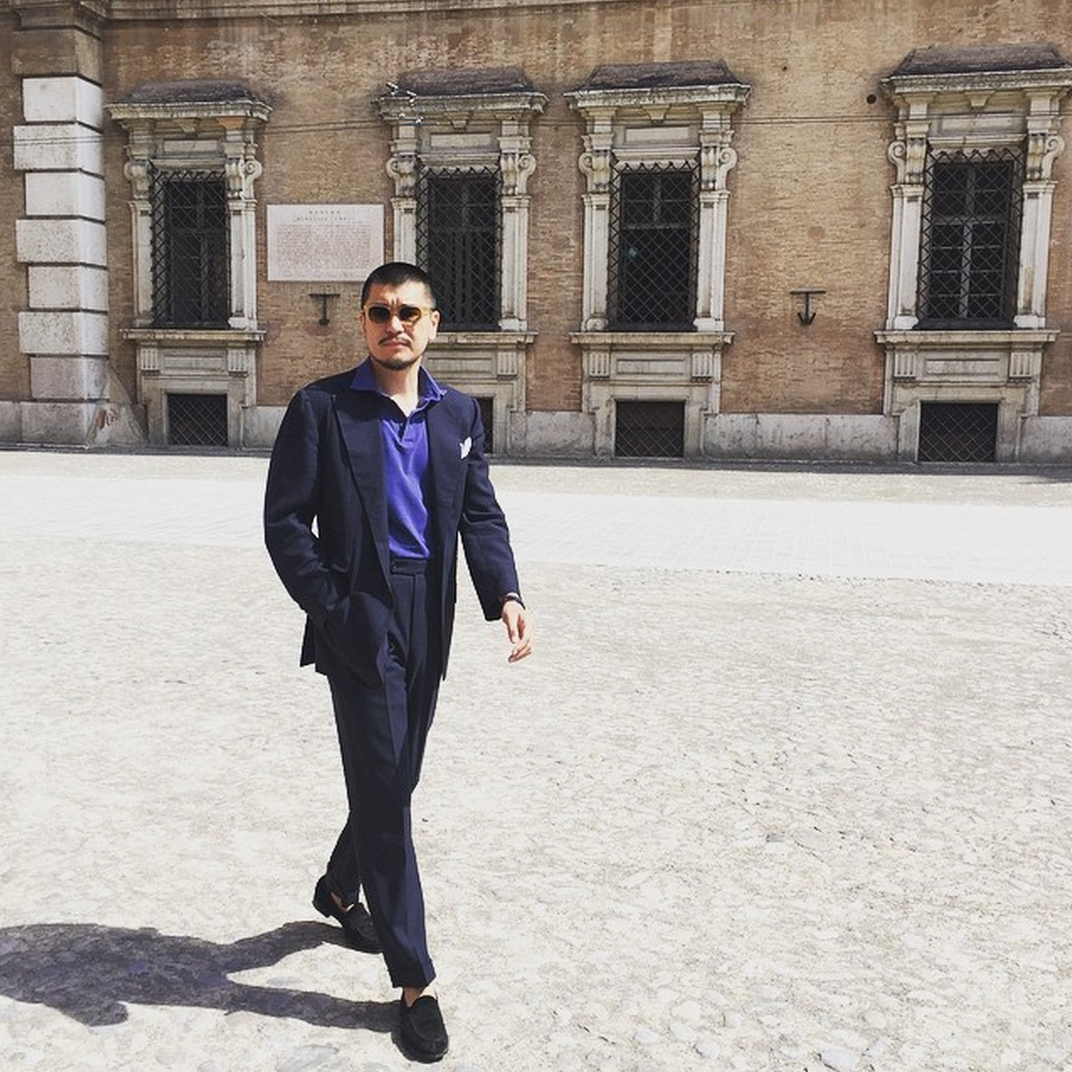 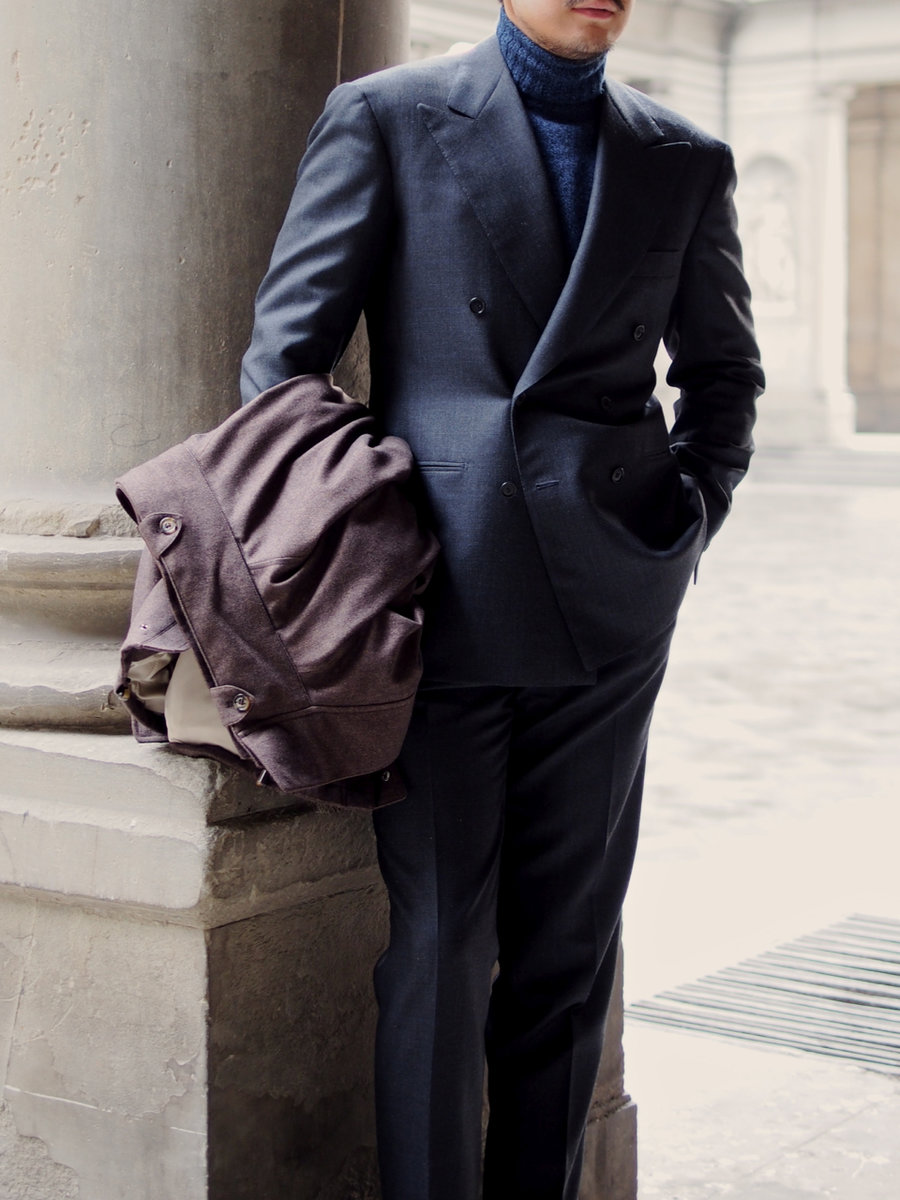 dieworkwear said:
These tie-free suit outfits look great to me.

The first guy, I don’t know WTF is going on with that.
The last one, with the turtleneck, I like.
The rest look like cheap to mid tier gigolos. 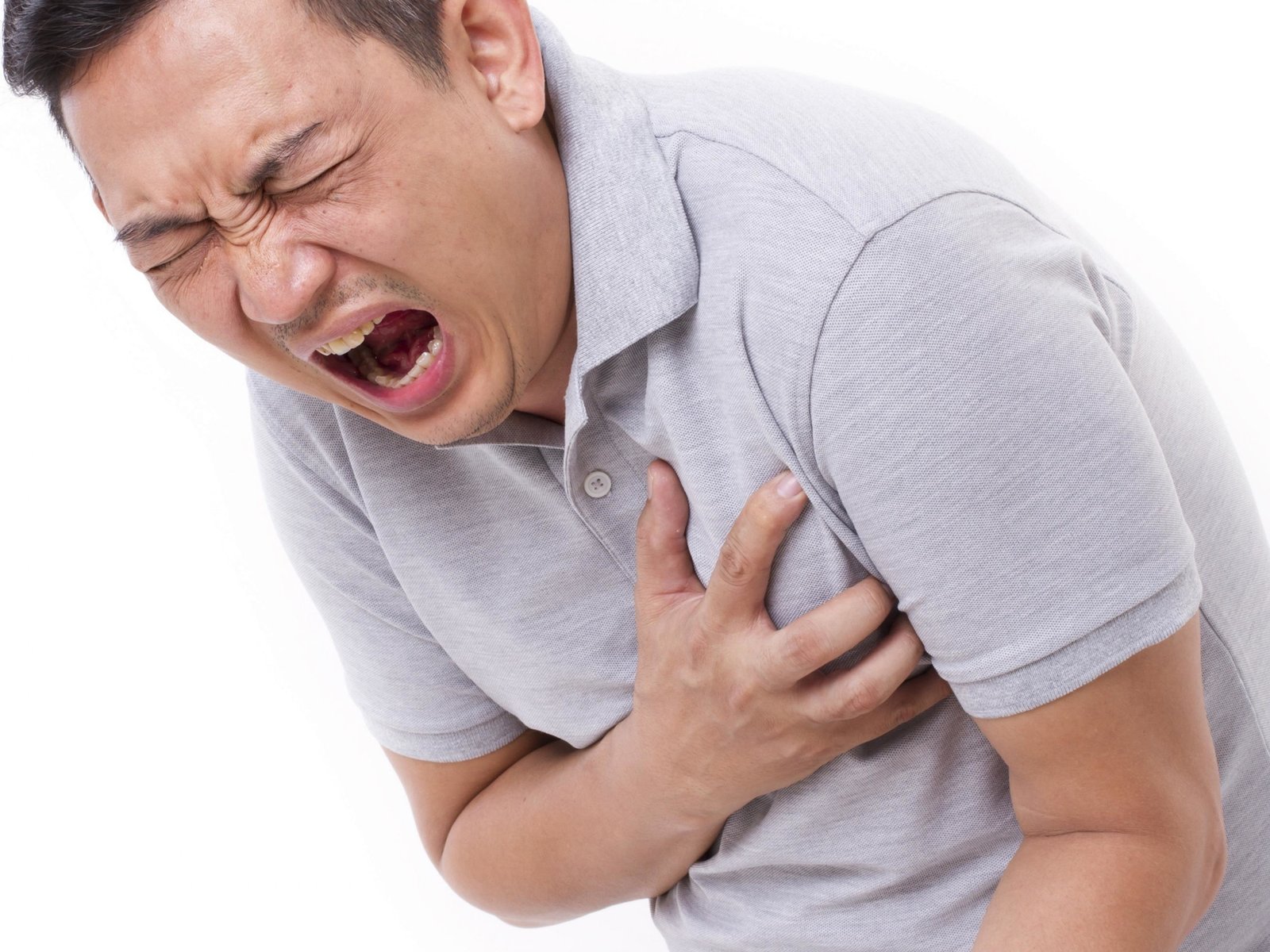 Phileas Fogg said:
The first guy, I don’t know WTF is going on with that.
The last one, with the turtleneck, I like.
The rest look like cheap to mid tier gigolos.
Click to expand...

Yeah, not really my thing. I'd wear that stuff with a sport coat but not a suit. Just my preference. Also, Peter looks pretty good in anything,
"Sorry to jump in, but @smittycl and _________ you are indeed talking past each other. However, only Smitty is correct."

Love their 70's Pop but not the tieless look with a suit. 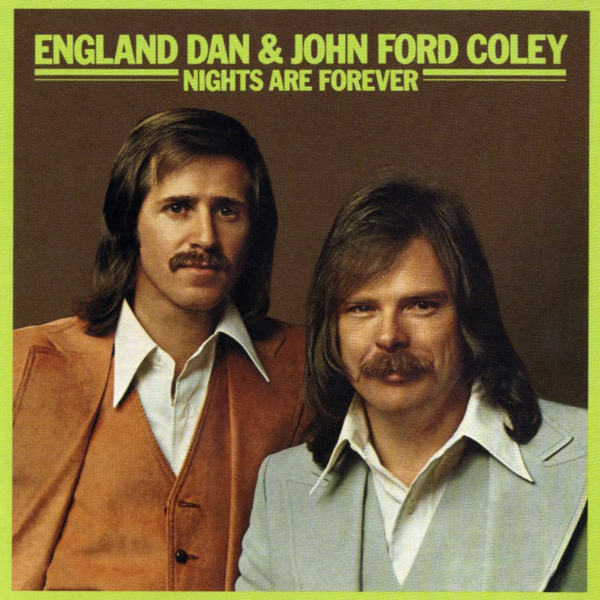 I'm not sure any of those make the case for, except maybe the first. The problem is that the suits themselves are still basically the same kind as we've always expected to be worn with ties. They haven't changed enough to be something distinctively casual so as to look like they should be worn primarily without. There is still a bit too much of the Pitti, "ooh, look at me being a little bit naughty and subversive and wearing a suit with a polo." You can get away with that a nod-and-a-wink kind of dressing if you have Peter's rugged Italian good looks. But this still isn't it (yet).

There are some tie-less examples in this recent thread:

There is of course one profession which has being doing the suit without a tie thing for a long time, and that's architecture. The standard architect uniform back when I was working in an architecture school was black suit (something like Prada was ideal) + black turtle neck and round wire-frame glasses. Anything as long as it was black, really.