When I first joined Styleforum and listed my location as Seoul, I got several messages in rapid succession asking about B&Tailor. At the time, I had no idea who they were. About a year later, I finally stumbled upon their fantastic tumblr, this providing the impetus to finally get some stuff made by them. The older brother, Changwoo, is the fellow in the glasses most often featured. The younger brother, Changjin, is generally behind the camera and in none of the pictures. And their father, Park Jungyul, is the man behind all the clothes.

Of the three of them, the father is by far the most gregarious. There is a genuine joy in his communication with others. Every time I visit the second floor of their shop, he throws on a jacket and greets me with a firm handshake and a very real smile. The older son is perhaps the most passionate about clothing—not just tailoring—as is evident by his tumblr. I generally work with the younger son, who is the most serious of the three (as well as the only one fluent in English). He also doesn’t like ties. Go figure.

During the interview, the father took us to the fifth floor of the building where all the cutting and sewing takes place (the first floor is the showroom, the second for fitting and coffee). There were five or six rooms of various sizes, each with one or two Korean men in their 60s, hunched over at work. Some of them had been with Park since the 1980s.


My ultimate impression was this: though there is some damn fine tailoring going on at B&T, there is some even better parenting. And to me, this speaks volumes more than the cut of a jacket. 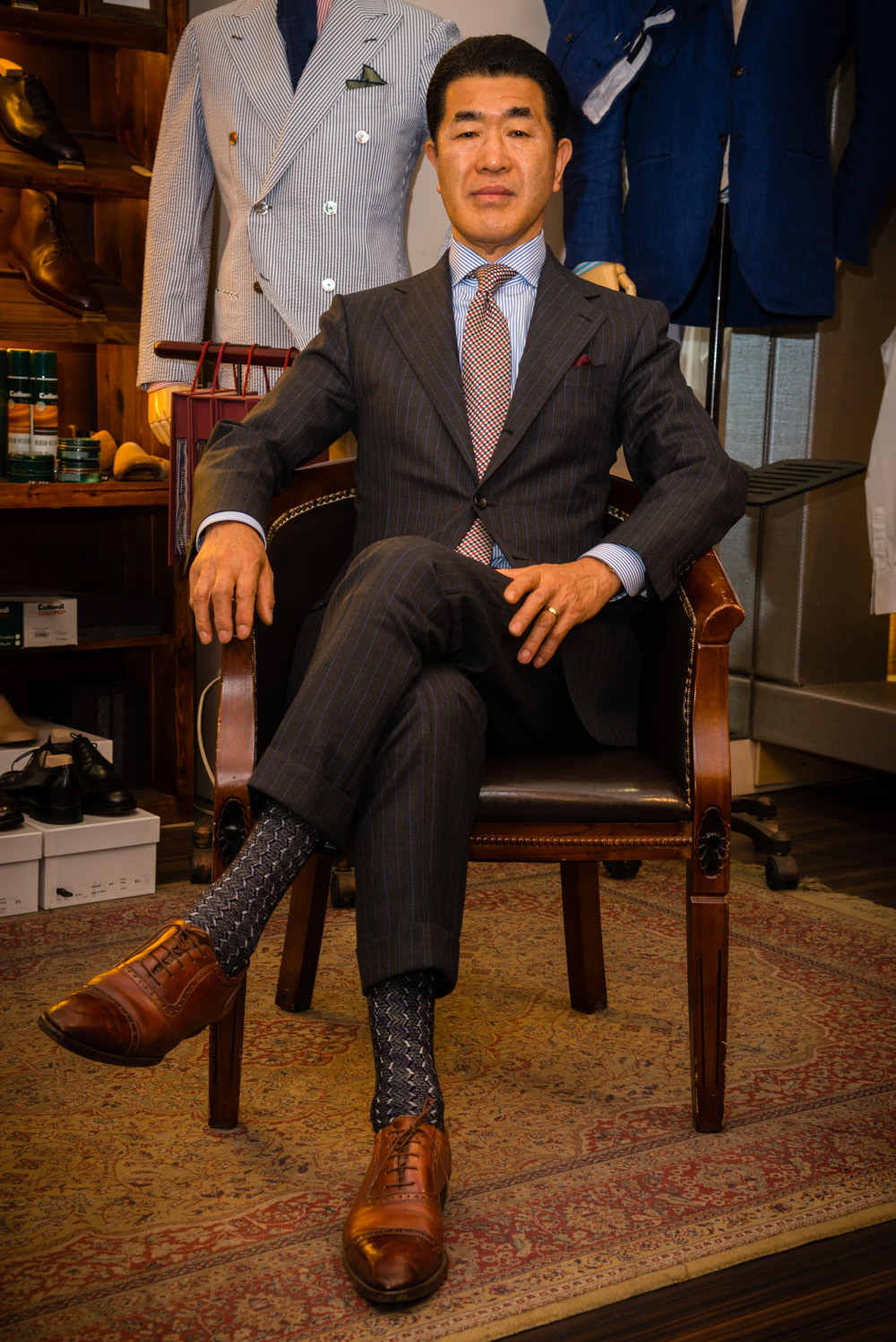 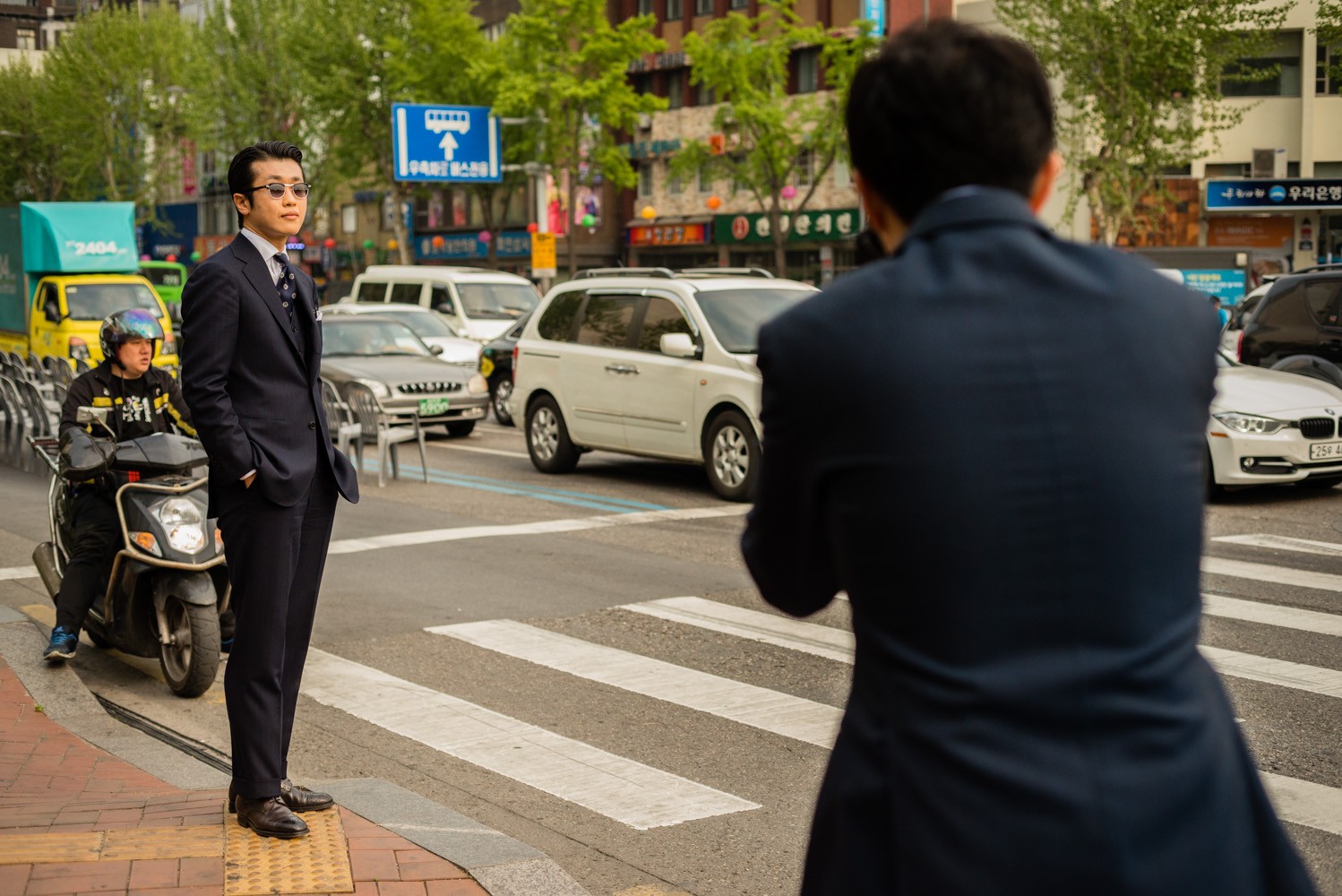 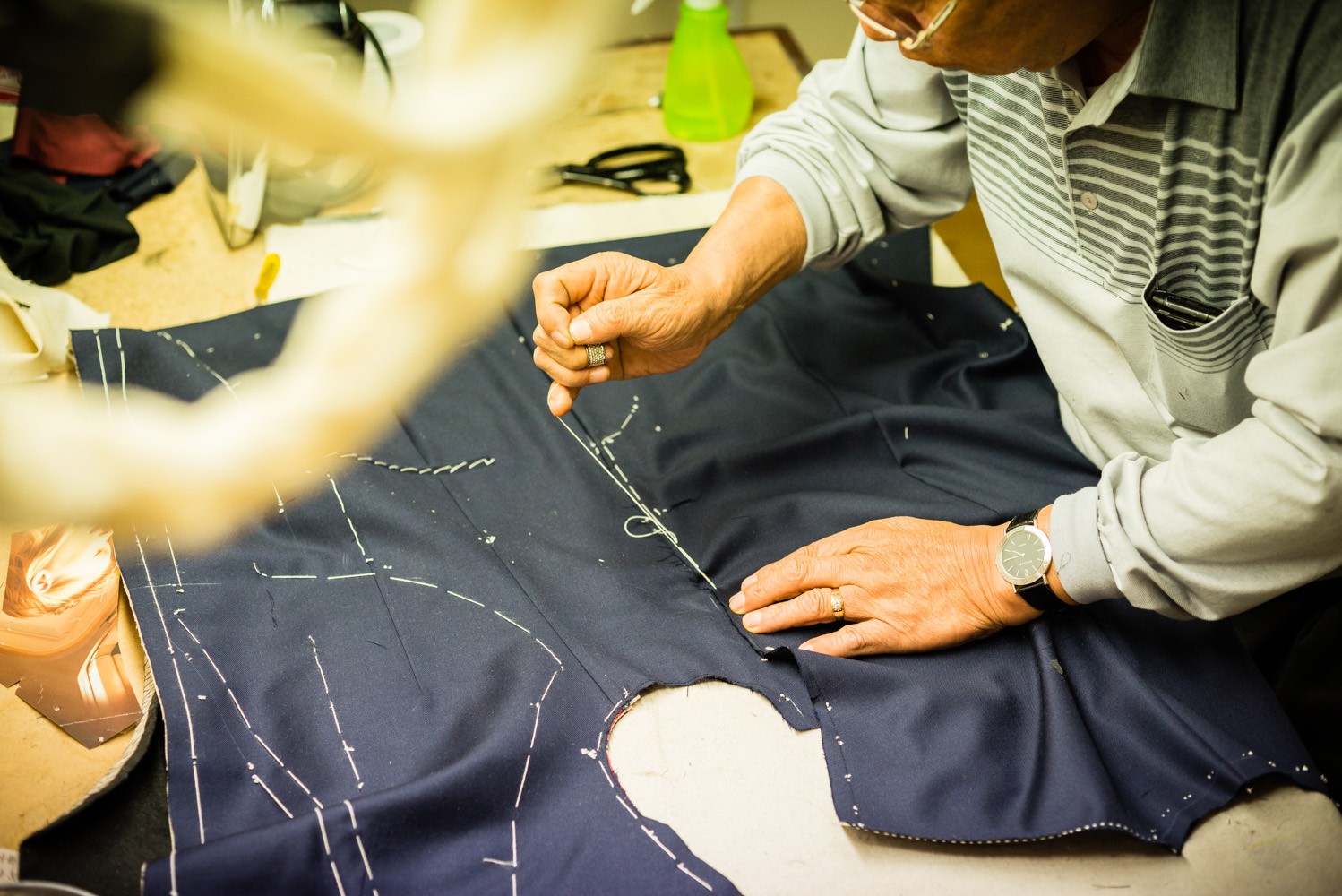 Somebody's jacket being made. 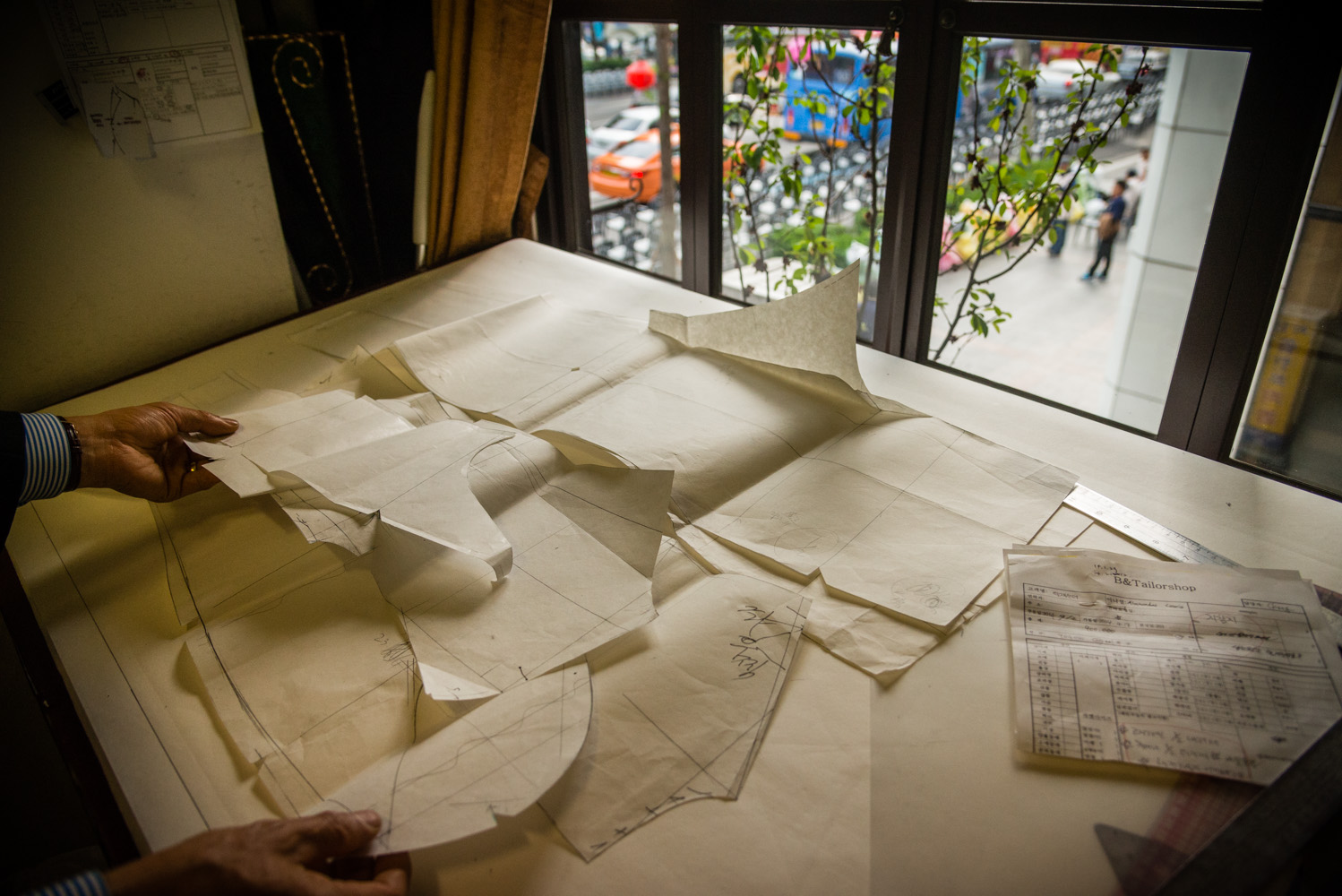 My pattern being shown to me.


A special thanks to Rudals and Mrs. Claghorn for helping with the translation, as well as my excellent friend E.L-H for the pictures.

Also, another member here, @tchoy , has had a fairly long relationship with them (longer than mine, anyway). I suspect he could speak more to their plans for international expansion, or at least his experience ordering from them through proxy.
Instagram: https://instagram.com/bluebrownandgrey/

This is an excellent interview. Thanks Claghorn.
My Blog: http://www.tumblr.com/blog/hlckwok1 Please do not contact me for 1)Price Quotas 2) Budget suggestions 3) Cogent examples/reviews of Bespoke Products not made by me and 4) Researching guidelines. I only welcome genuine tailoring/style discussion.

Very nice write up, Clags. Cool stuff fo sho. I hope they do decide to establish a presence in the US. Baltimore perhaps?
El Supremo


SpooPoker:That is one badass Jew. DerekS:Jew Wayne. dcg:You are like Skynet in Joo form. You are like a Godzilla who kops instead of destroys. HORNS:Stitch died for our sins. edmorel: in stitches is reading this and is like "holy crap, I thought I posted useless shit on the forum!" nahneun:in stitches has been possessed by kanye. help us g-d. artishard116:GOTH-RABBI. Claghorn:Stitchy is right.
sugarbutch:Stitchy only competes when he can devote 150% to crushing all you weak bishes.​

Excellent interview, thanks a lot. And that is one stylish dad!
Elegance is not perfection

Thanks for the great interview. This sort if content is much appreciated here.

Nice one @Claghorn I hope they decide to come State side, I just emailed them on Friday to ask that question and they advised no plans as yet to come over. Hope SF members + others will stir enough interest for them to come over. Stylish family indeed!
I am the The Dapper Don I follow their tumblr and wish they would come to Great Britain.

I've been following their Instagram/Tumblr for quite some time, and I really enjoyed your interview. Thank you!

Thank you for the interview! Wish they came to London.

My Instagram
Articles...
October 2019 Scott Matthews - Elusive
George Best - "I spent a lot of money on birds, booze and fast cars. The rest I just squandered"...

Style looks very nice. I will check them out if I happen to visit Korea.
Another question is: how can we get their clothes

Reading this again, I am surprised they are visiting places like New Zealand before Europe which are not known for their interest in high end tailoring. Australia has pockets of Sydney and Melbourne I suppose.

But surely London is a more obvious travel destination for ROI:

How many British people here would commit to ordering something / visiting if they stopped by?
I definitely would as long as the prices were not too far off what they charge in Seoul.

I have been following them for a while now and am quite anxious about the fact that I have not been able to commission something from them in all this time, as their cut reminds me of Liverano (too expensive for me unfortunately).
Last edited: May 26, 2014
You must log in or register to reply here.
Share:
Facebook Twitter Reddit Pinterest Tumblr WhatsApp Email Link
New posts