Shoenut said:
Sorry, but all I see is 15 to 20 lost pairs of footwear. If I could walk around naked with just awesome shoes, I would! There, I said it!
Click to expand...

There was someone who posted wearing those boat shoes whilst butt ass naked on the beach recently, sooo---.

Get to it, young man!

This pair of pants is very photogenic. 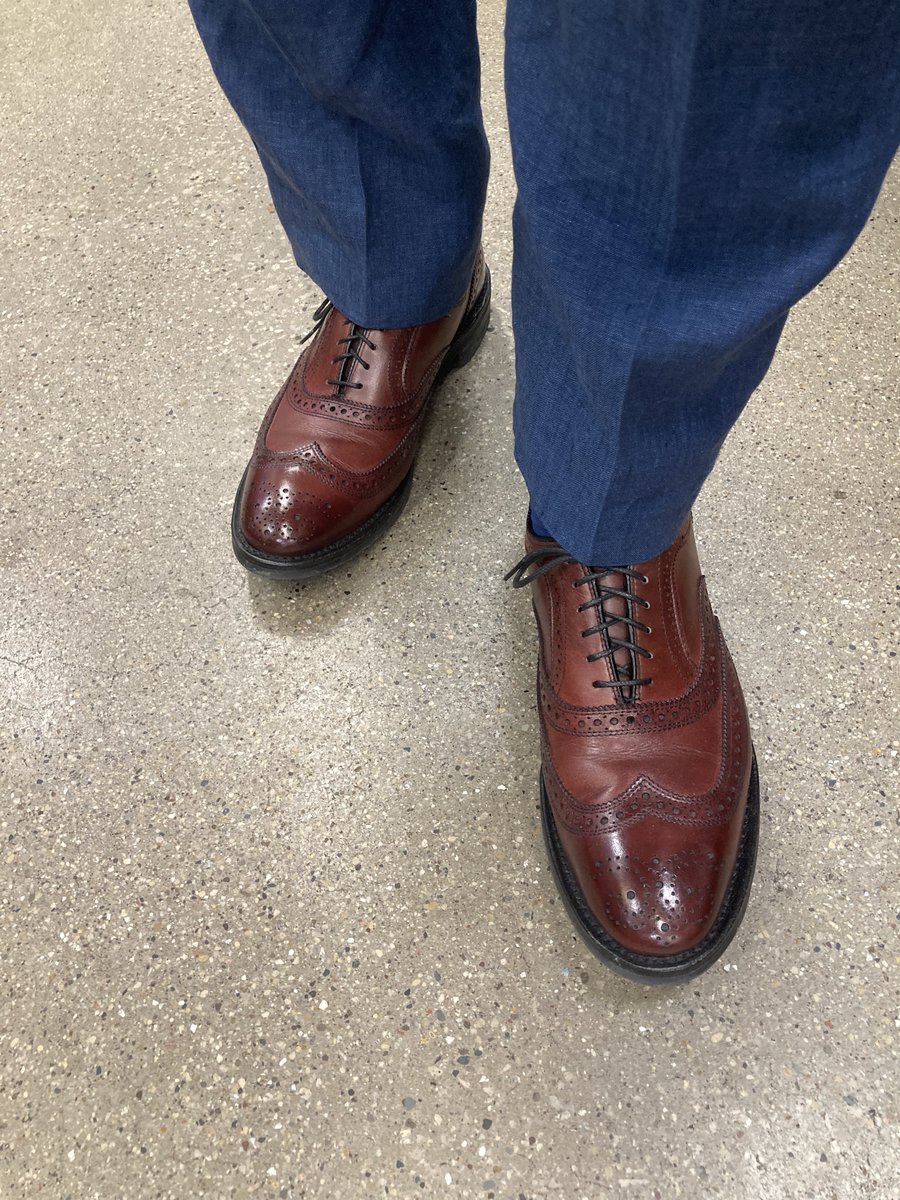 It’s still wet outside, but the rain should stop soon. I went with the chili shell HMs with Dainite soles. 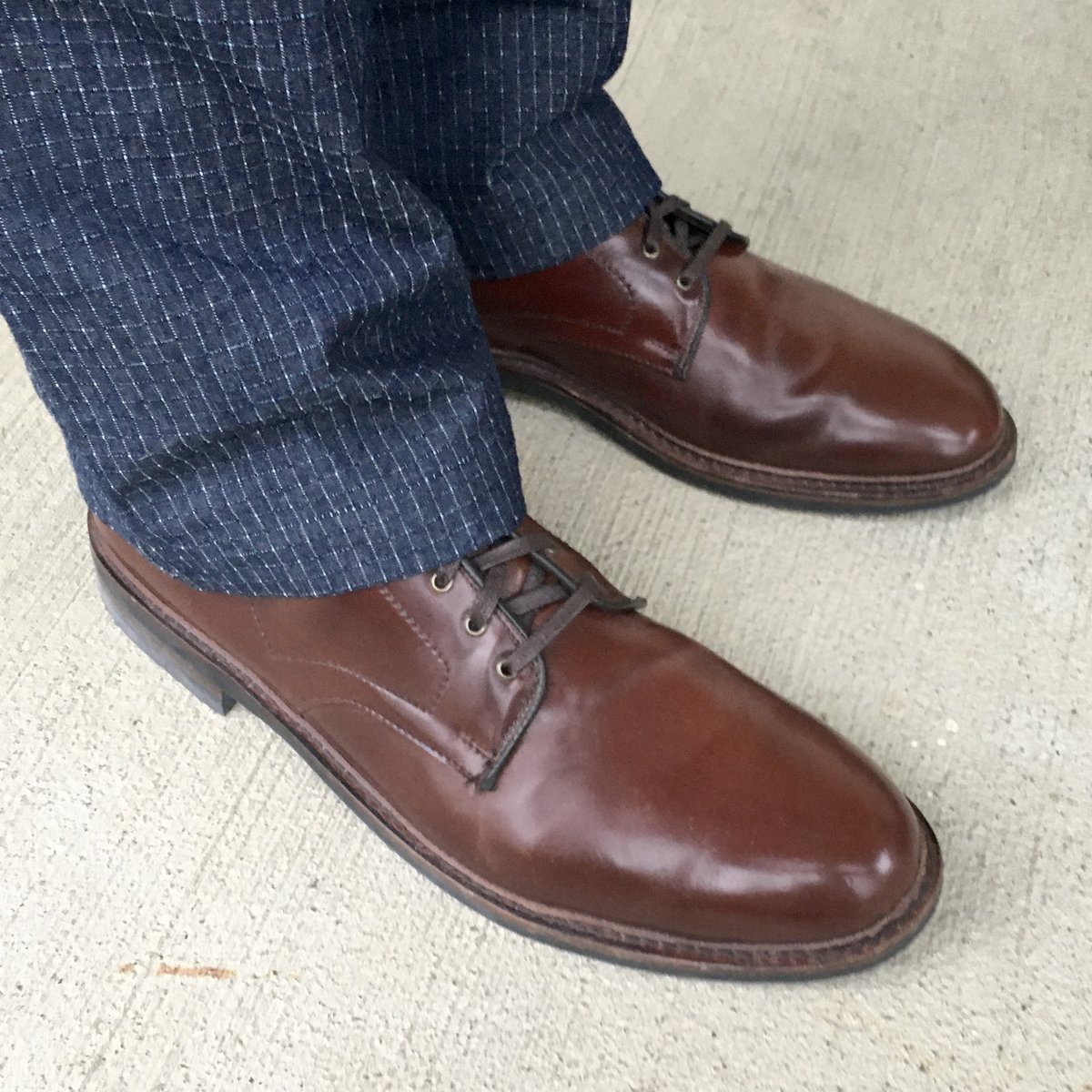 happypebble said:
Hey AE experts: I was looking at their loafers and was wondering if folks had a favorite model. Is there any one that stands out above the rest, or one to avoid?
Click to expand...

Patriot is the best of the bunch. Oh never mind!

Check out Randolph for the full GYW treatment offered in a full range of sizes and widths. They have many others but most of them are offered in only one or two widths, which will limit your choices unless you have a peak of the bell curve foot.
The best loafer is the one that fits you best. 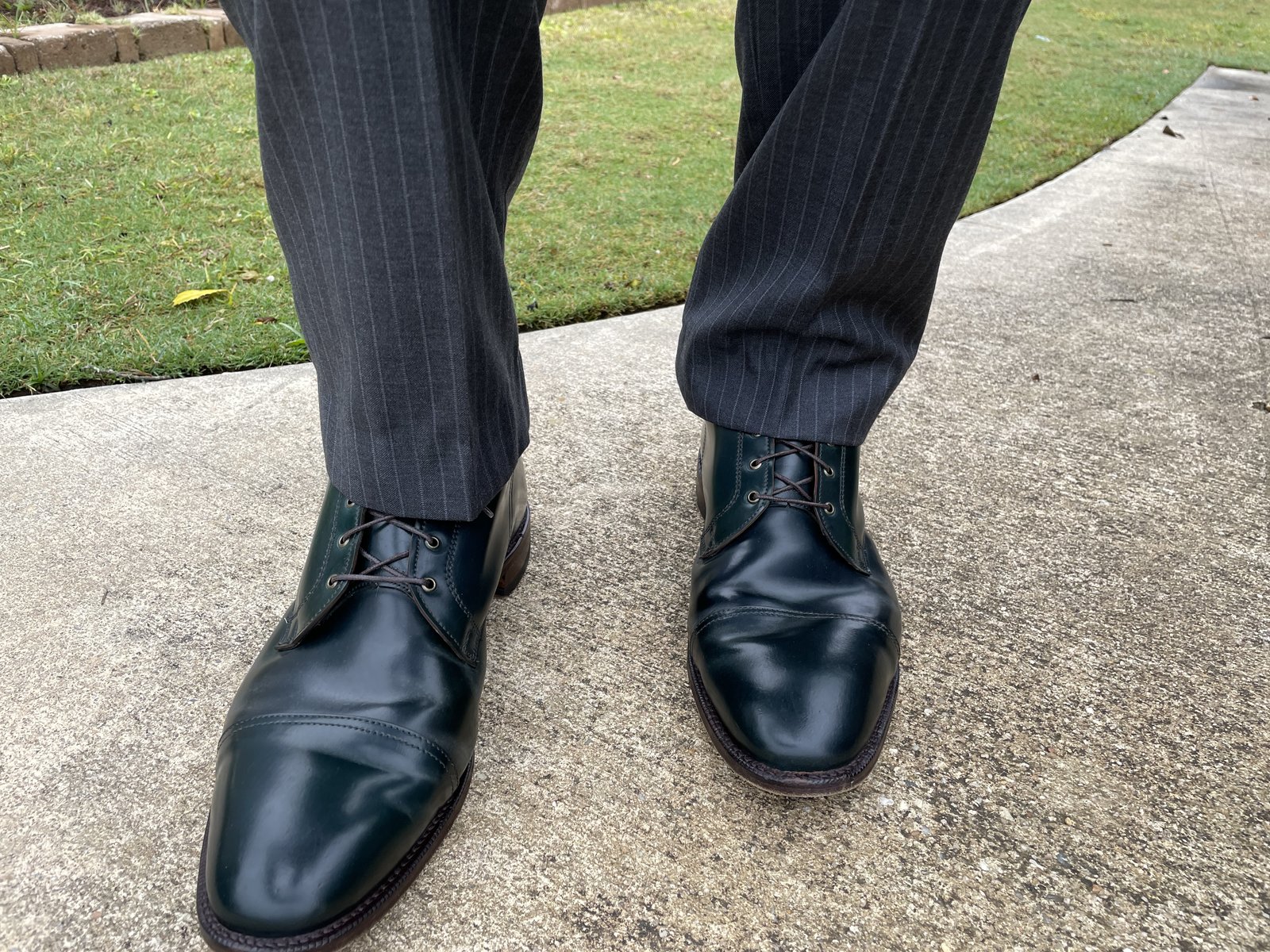 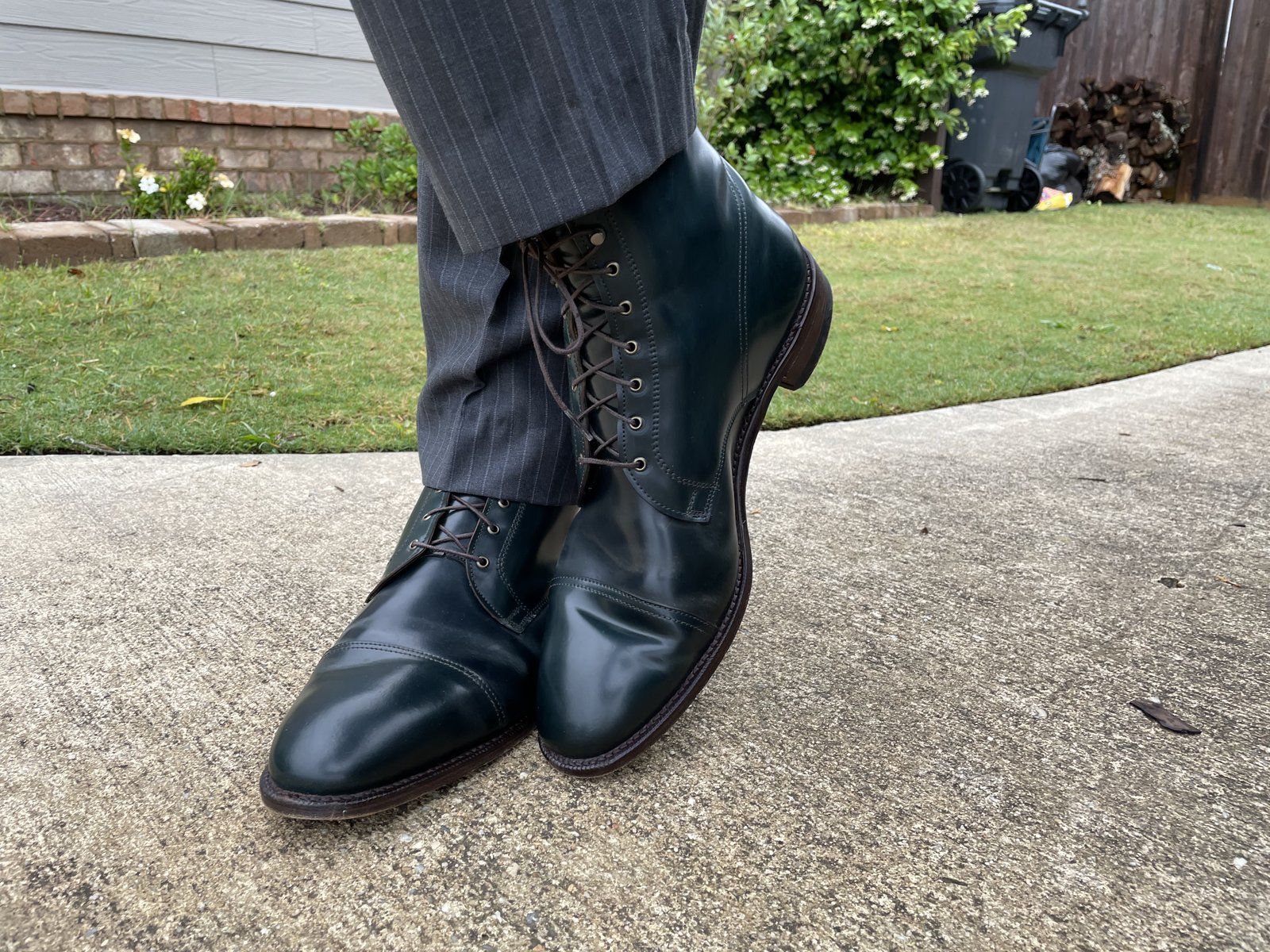 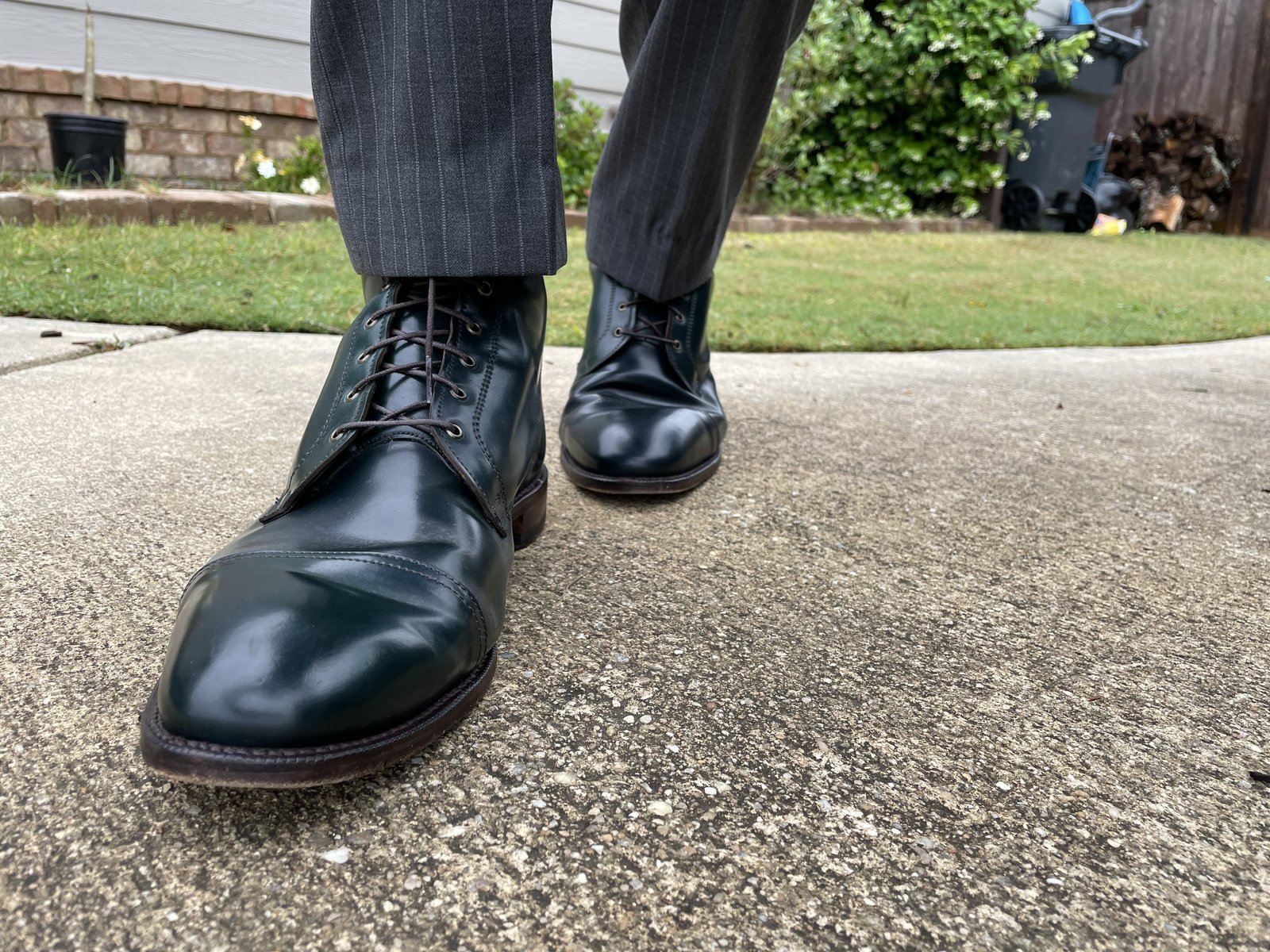 Neo1 said:
With 4 Maritimes & 2 Kirkwoods I think I was in the same boat as yourself - until I tried the Quoddy boat shoe. The Maritime is good, don't get me wrong. The Quoddy is just plain better. And I'm sure the Rancourt is too.
Click to expand...

Yeah I will almost certainly get the Rancourt Read boat shoe when/if I'm due for another pair soon. Almost exact same styling as the Maritime, and I love Rancourt as a brand/company.

What I loved about the AE Maritimes is that at the time, they were on sale for 50% off. I got all 4 pairs for $125 (dark brown CXL, natural CXL, navy, light tan ("orange"). Actually I think the light tan/orange pair were $99.

Not the best photo of the Frosties from yesterday. Chili Hamilton’s today for another day of rain. Needs to stop raining so I can ride. 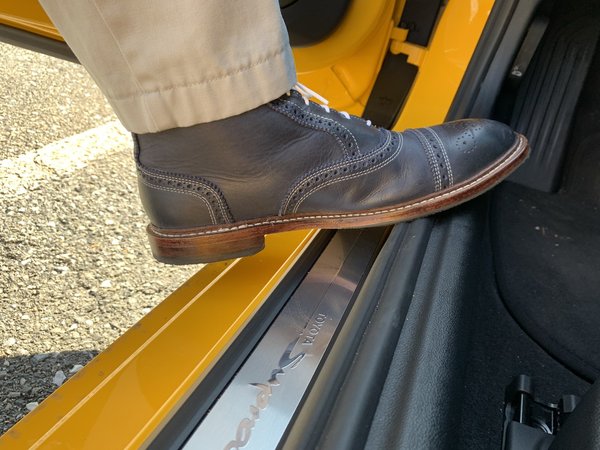 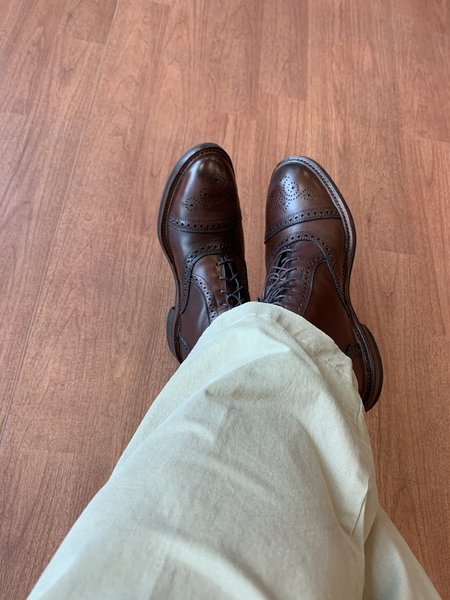 Roycru said:
Wore the white suede Nomads again today since it was around 89F and I was going to be walking around outside for about three hours. The last the Nomad is made on is very comfortable for my size 8.5 EEEE foot when wearing size 9 EEE Nomads with A-E orthotic insoles in them.

For fans of "A-E In The Wild" pictures, a picture showing how well white suede Nomads go with white Angel's Trumpets.

This picture also shows once again my belt does not match my shoes. Am wearing a Darcy Clothing Company snake belt. The most famous snake belt wearer was probably Rangi Ram on the British television series. "It Ain't Half Hot, Mum". He wore his snake belt on his turban.

Here's a picture of Battery Sergeant Major Williams and Rangi Ram wearing his snake belt on his turban.

For fans of food pictures in shoe threads, a Chicken Curry Salad sandwich and me at Lemonade. Didn't think the sandwich was very good. It seemed to be around 95% apple, 3% chicken, and 2% cucumber. Have no idea why it came in a bowl instead of on a plate.

The sandwich in the Lemonade advertisements on Facebook looks like it has more chicken in it as well as something orange color in it.

For fans of car pictures in shoe threads, a picture I took on Friday when I went to the barber shop. It's the current version of the Bijan car, a yellow Rolls-Royce, parked in front of the Bijan store on Rodeo Drive. There are usually swarms of tourists taking their pictures with the Bijan car. For the last year there haven't been many tourists and many hotels are still closed or have recently reopened on the off chance anyone wants to stay in them. Yes, Bijan also has a special yellow Bijan parking meter. As Don King would say, "Only in Beverly Hills".

savvysartorial said:
Very excited to post my newest addition to the wardrobe... No spoiler for the goodies!

I've been after one of these for a long time, but it was never in the cards. When the opportunity presented itself, and with a few milestones approaching, including the birth of my first child I decided now was the time.

I keep eyeing my wrist during the day and I've momentarily stopped shoe gazing. Datejust on Super Jubilee, and this one has really knocked it out of the park; it's even better than photos suggest. I've certainly done some serious damage to the shoe budget for the foreseeable future!!

Beautiful. Congratulations, for the watch and especially for becoming a dad. It will be the best thing to ever happen to you. 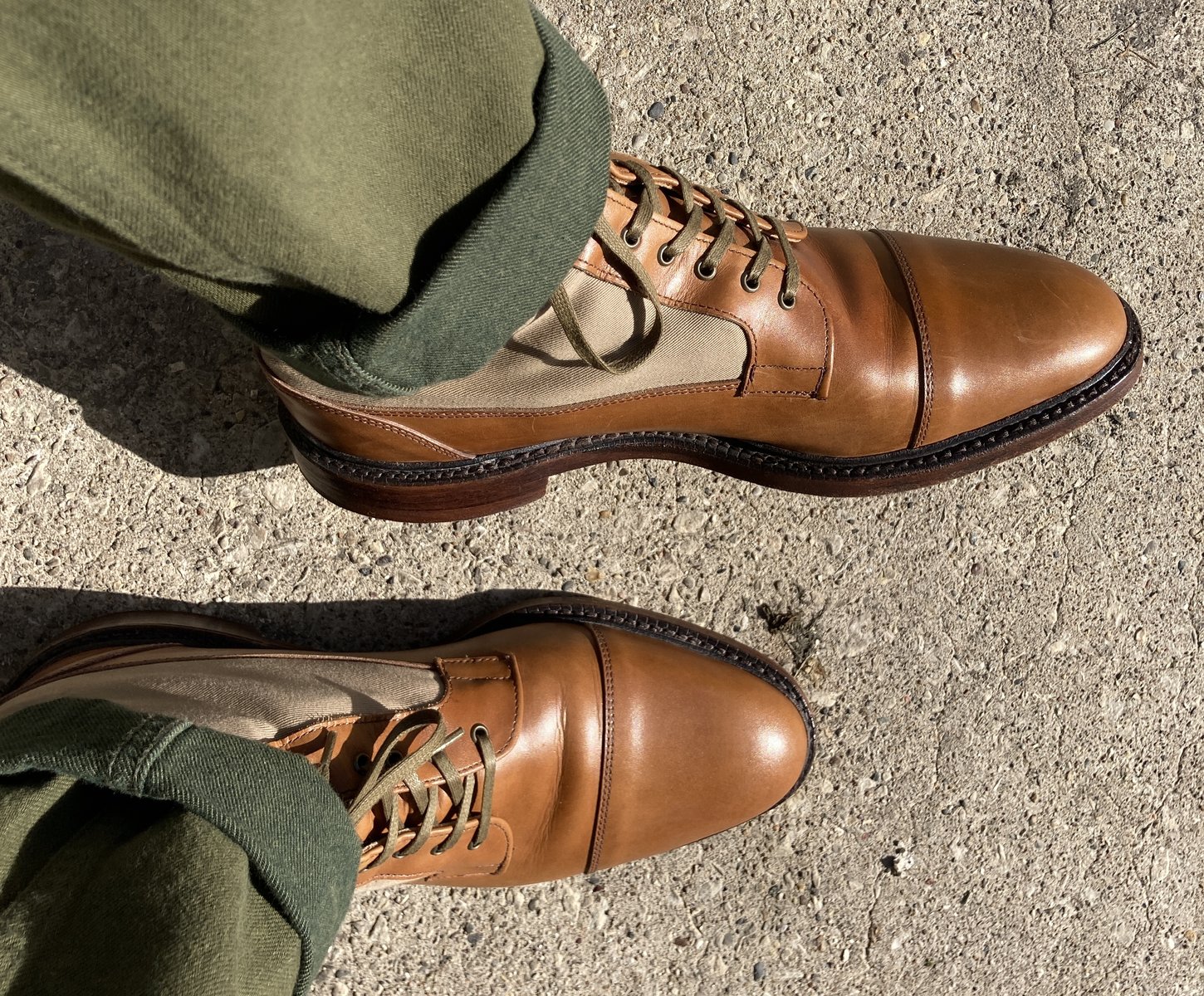 James1051 said:
Patriot is the best of the bunch. Oh never mind!

Check out Randolph for the full GYW treatment offered in a full range of sizes and widths. They have many others but most of them are offered in only one or two widths, which will limit your choices unless you have a peak of the bell curve foot.
The best loafer is the one that fits you best.
Click to expand...

Thank you. I'm looking at the Randolphs right now on the website; they look good.
"I'm a happy pebble from Gladstone, Minnesota" Stop Keller's Madness/Impeach Ken Keller/Commitment to Focus is Hocus Pocus/Raze Eastcliff

happypebble said:
Thank you. I'm looking at the Randolphs right now on the website; they look good.
Click to expand...

What? These old things? 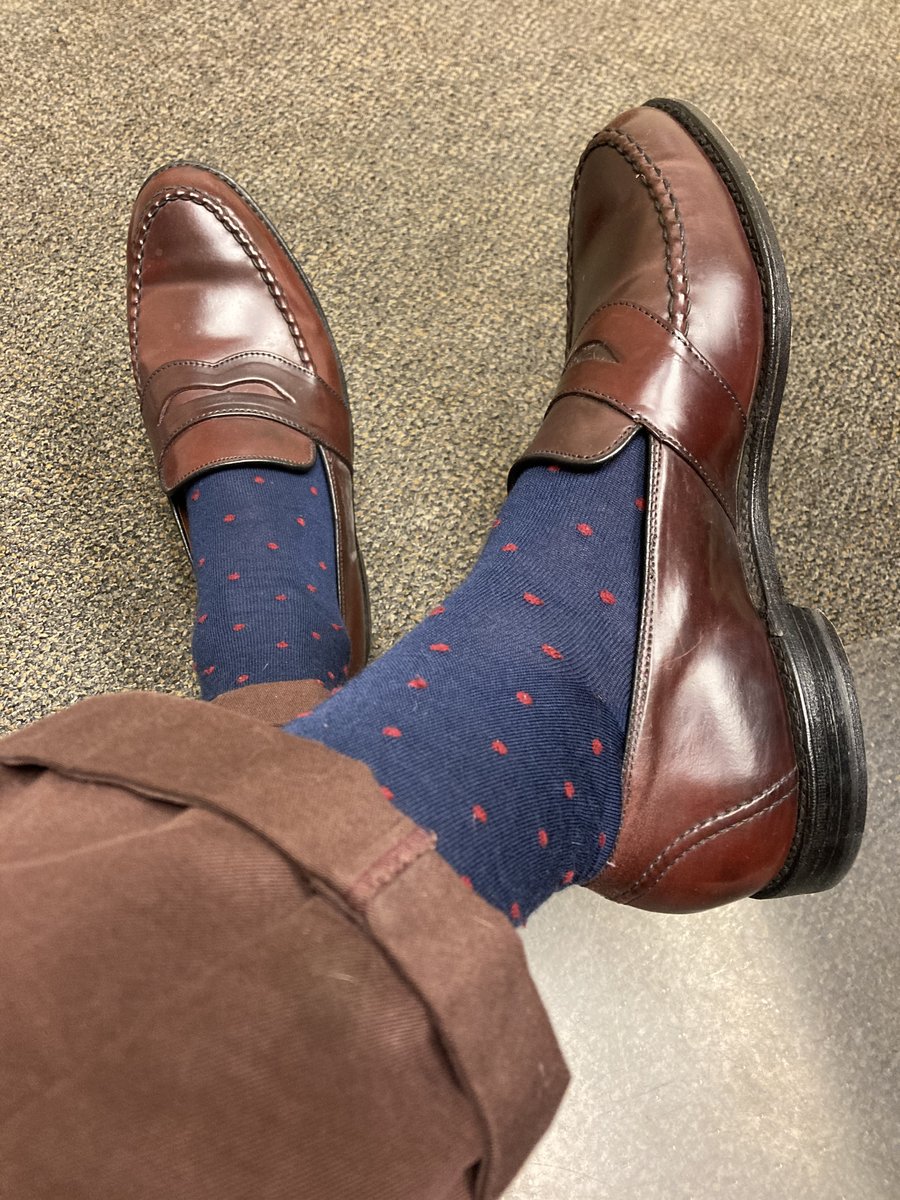 I am reposting an article @siddeh shared in the Carmina thread. Once again, Justin Fitzpatrick writes the truth: 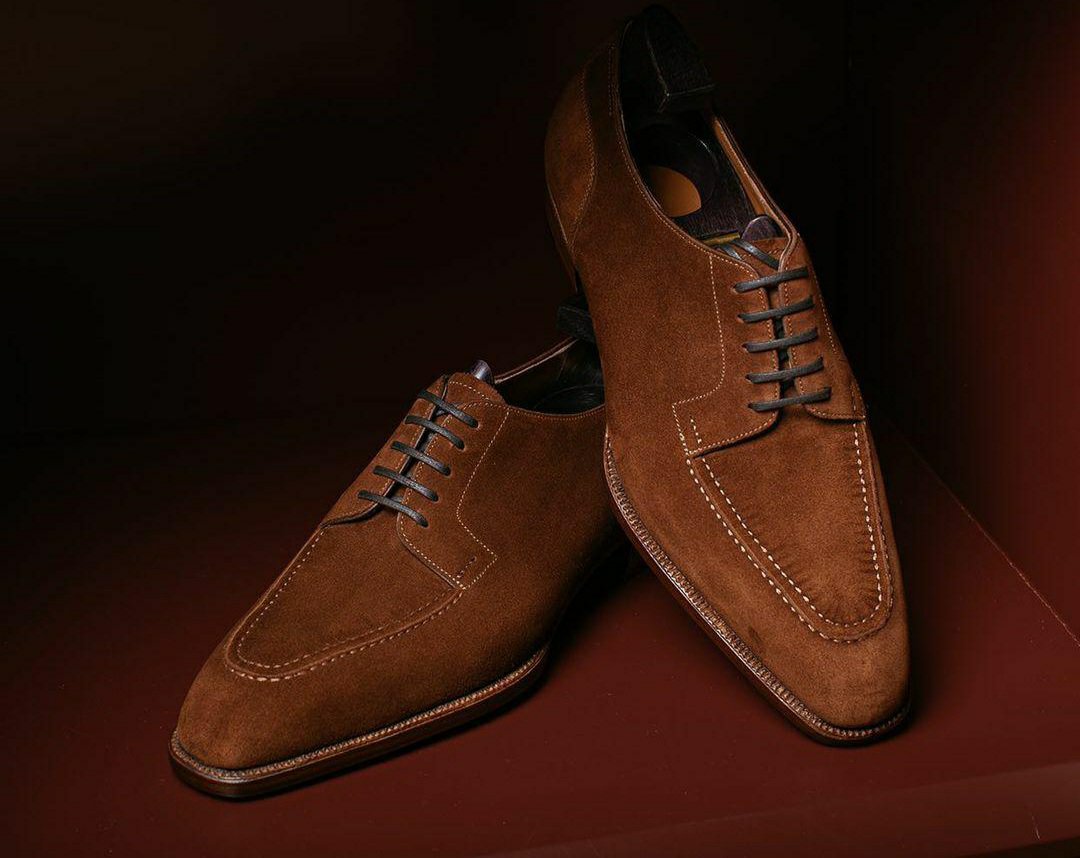 Price Points & What You Get In Return - The Shoe Snob Blog

Warning: Long, educational post. With the rise of online interaction between regular people comes a … Price Points & What You Get In Return Read More »

"...simply shows a lack of understanding in what you buy versus what you should expect. Shoes are not laser cut, machine-only produced iPhones. They are products made using a once living skin, made by error-prone humans because we are after all, we are not machine controlled robots yet..."
--
"Bring Back the Elegance." - Richard Sachs
"It's better to look good than to feel good." - Fernando Lamas

Badlands at Jack Daniel's in Lynchburg 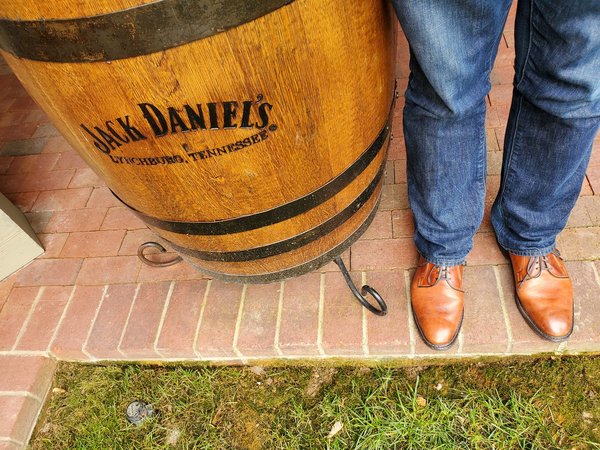