JFWR said:
And please, God almighty, do not make it a sneaker one.

You know what I NEED? Some green shell BOOTS, that's what I need.
Click to expand... Happy Tuesday friends, coming back from a 4 day weekend and feeling it. Long Branches for what I anticipate will be a long day today digging out of email, slack, and meetings.... Higher ups at work today told me to start blocking off big chunks of my calendar to work on "all hands on deck" project for the next few weeks. So, since I'm stuck out in the work desert for the foreseeable future, I figured I should wear the Gobi to reflect that. I mean, sure, I'll probably still block off some time for AE stuff, but not nearly enough as I'd like to. savvysartorial said:
I like the Acheson a lot. Have a pair in Olive suede and they always bring a smile to my face!

But yes, I split my time between NY and Illinois during the school year. I bought so many shoes I had to leave some of them with my family lol.

dpgaloot said:
Happy Tuesday friends, coming back from a 4 day weekend and feeling it. Long Branches for what I anticipate will be a long day today digging out of email, slack, and meetings....

Except I am not as kind to mine as you are yours…and yours are that beautiful golden color. Love ‘em! 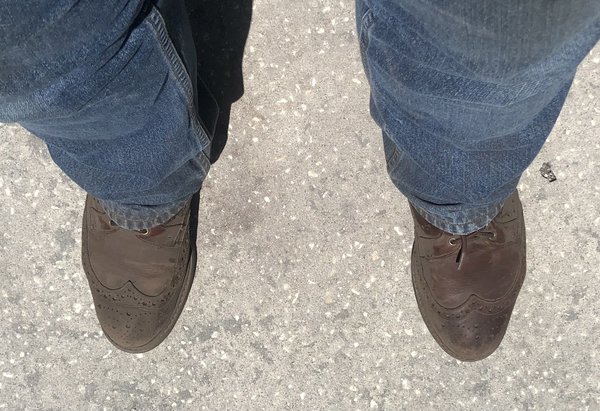 Stormy Monday (and Tuesday), so Wilberts 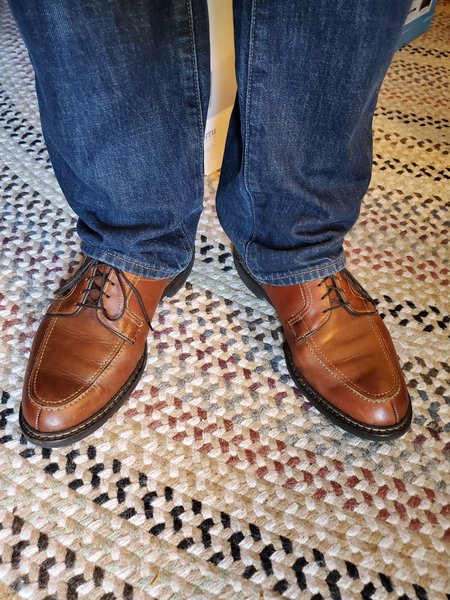 As promised from a few weeks ago... May the 4th be with you! 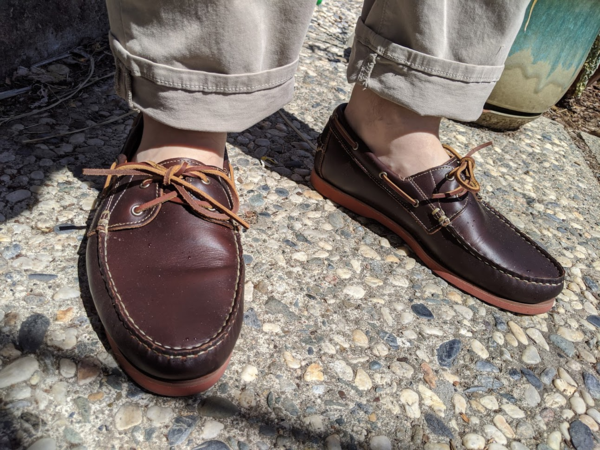 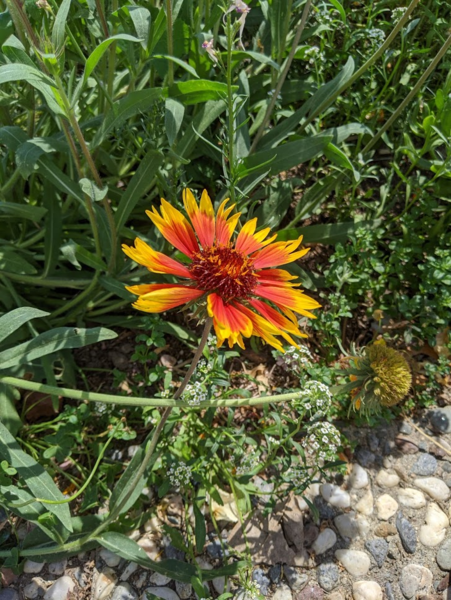 Be safe, all, it'll get pretty crazy for Cinco around here, I'm sure.

For me, the 511 always feels a little snug against my small toe, but it goes away after walking for a few minutes. Leeds 2.0 for today. 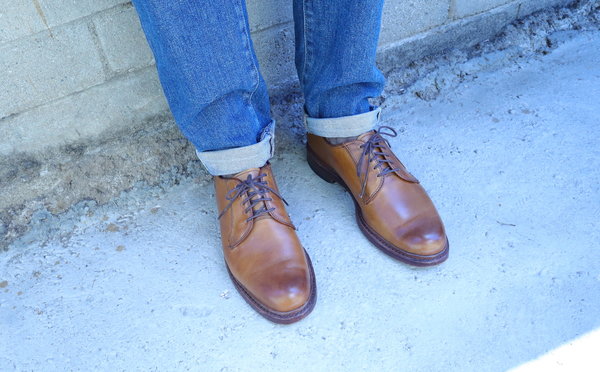 ProfilaBinding said:
For me, the 511 always feels a little snug against my small toe, but it goes away after walking for a few minutes. Leeds 2.0 for today.
View attachment 1604519
Click to expand...

IME, the Leeds 2.0 overall has less room than the Leeds in the same size.

NYCTechNerd said:
IME, the Leeds 2.0 overall has less room than the Leeds in the same size.
Click to expand...

That's normal for the poron models

And why it literally pained me to return a Leeds 2.0 in Tan Calfskin F2 (with no visible defects) because it was much too tight even though I really wanted it because AE no longer makes the Leed's in anything other than "boring black" and "cigar".

Most of the time, that is true. However, I was fortunate that this pair fit like a Leeds 1.0. There was no over-snugness. Sometimes the AE size variation works to your advantage.
Profila Binding Instagram Wore the white suede Nomads again today since it was around 89F and I was going to be walking around outside for about three hours. The last the Nomad is made on is very comfortable for my size 8.5 EEEE foot when wearing size 9 EEE Nomads with A-E orthotic insoles in them. For fans of "A-E In The Wild" pictures, a picture showing how well white suede Nomads go with white Angel's Trumpets. This picture also shows once again my belt does not match my shoes. Am wearing a Darcy Clothing Company snake belt. The most famous snake belt wearer was probably Rangi Ram on the British television series. "It Ain't Half Hot, Mum". He wore his snake belt on his turban.

Here's a picture of Battery Sergeant Major Williams and Rangi Ram wearing his snake belt on his turban. For fans of food pictures in shoe threads, a Chicken Curry Salad sandwich and me at Lemonade. Didn't think the sandwich was very good. It seemed to be around 95% apple, 3% chicken, and 2% cucumber. Have no idea why it came in a bowl instead of on a plate. The sandwich in the Lemonade advertisements on Facebook looks like it has more chicken in it as well as something orange color in it. For fans of car pictures in shoe threads, a picture I took on Friday when I went to the barber shop. It's the current version of the Bijan car, a yellow Rolls-Royce, parked in front of the Bijan store on Rodeo Drive. There are usually swarms of tourists taking their pictures with the Bijan car. For the last year there haven't been many tourists and many hotels are still closed or have recently reopened on the off chance anyone wants to stay in them. Yes, Bijan also has a special yellow Bijan parking meter. As Don King would say, "Only in Beverly Hills".