٭٭٭ No Man Walks Alone - Official Affiliate Thread ٭٭٭ (a.k.a. I shouldn't have slept on it)

philosophe said:
Just received the delightful 3sixteen indigo khadi shirt--and have blue hands. Should I wash this with a color-catching sheet to protect the lighter panels?
Click to expand...

I received mine the other day and wore it yesterday. I wasn't expecting so much bleeding and when I got undressed for bed I looked like "I blue myself".

FWIW, I plan to wear mine a few times and then soak it on its own before I wash it. Maybe I'll get some of those sick fadz the kid are talking about.

I'm on the fence about the 3sixteen mismatched wool kit - anyone pick up either piece yet? Hey NoMan Fam, I know we're squarely in the middle of drop season and the amount of good stuff rolling in is head spinning, but I just want to pull your attention back to this shirt jacket for a quick sec.

I knew as soon as I saw these shots from Greg that I would be pulling the trigger, and there has been zero disappointment since taking delivery. Let's run it down: nice big, boxy shape (Document's design is so strong), perfect weight for early fall in NYC (when it's, ya know, actually fall temps), works great over a knit and so damn pleasant over a T thanks to that comfy moleskin.

And the color! No Man calls it Ketchup. I think the Document site lists it as Space Cherry (which sounds dope, obviously). I just think it's fucking nice. I had been on the hunt for a red jacket for a little while but it can be really hard to pull off some of those retina-searing shades out there. This one is so, so easy on the eyes and plays pretty well with a lot of the colors in my rotation right now, browns, greens, tans and off-whites.

Anyway. That's my plug. It's just GOOD. I also think the green version is pretty damn lovely, too, if you're not into the red. (But you really should be into it).

mockneck is sweet too - anyone washed theirs yet? a lil concerned about shrinkage

would you mind commenting on what size of the mockneck you took, and how it fits? did you go TTS?

mythage said:
Looks so good what size did you take? And does the collar stay up? My leder great coat collar doesn't stay up anymore lol
Click to expand...

Took a 50! Haven't worn it much more but the collar seemed pretty sturdy when I wore it around the house a bit!


gurakshun said:
would you mind commenting on what size of the mockneck you took, and how it fits? did you go TTS?
Click to expand...

I took a L, but it's headed back, fit was pretty good, on the slim end, but sleeves were just a touch short for me.

gdl203 said:
Jongsoo's design and pattern-making skills are incredible. He can make a roomy shape look sculptural and shaped like an egg with the right seams and sleeve shapes - or he can make it drapey and relaxed with different construction. He is a really really impressive designer
Click to expand...

It's just so apparent when you hold their stuff! I don't know, my knowledge base in this world is pretty limited when it comes down to it so I feel like I could get in over my head pretty quick here, but...the way the brand plays with proportion... it make me happy, I guess.

You know, to each their own, obviously. But my guess is we all have a few garments that we find ourselves just, like, admiring on the hanger. For me the traveller coat definitely comes to mind, and I think I would put my few Document pieces up there as well.

You have the closet of a Chicagoan.
G

chickenfark said:
Took a 50! Haven't worn it much more but the collar seemed pretty sturdy when I wore it around the house a bit!

I took a L, but it's headed back, fit was pretty good, on the slim end, but sleeves were just a touch short for me.
Click to expand...

Thank you, and I assume L was TTS for you?

gurakshun said:
Thank you, and I assume L was TTS for you?
Click to expand... 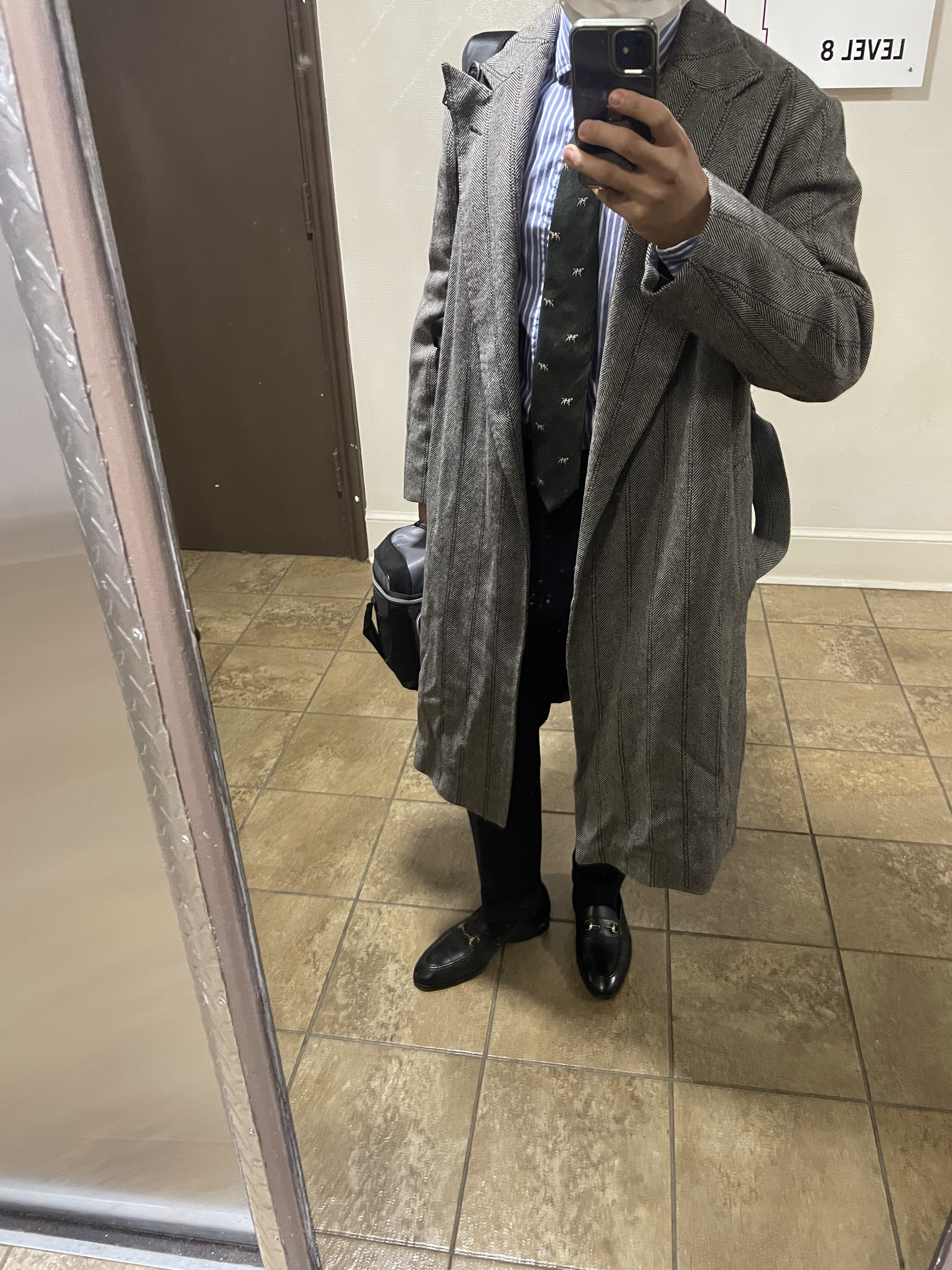 Bringing the camoshita robe coat out of the closet for the first coat day of the season!
instagram: @ywel_
shoestagram: @yallgotbibergs

Whoever scooped the Wythe snap shirt in the blue and red flannel in size L; if it doesn’t work out please don’t send back. Just message me and I’ll take it
You must log in or register to reply here.
Share:
Facebook Twitter Reddit Pinterest Tumblr WhatsApp Email Link
New posts