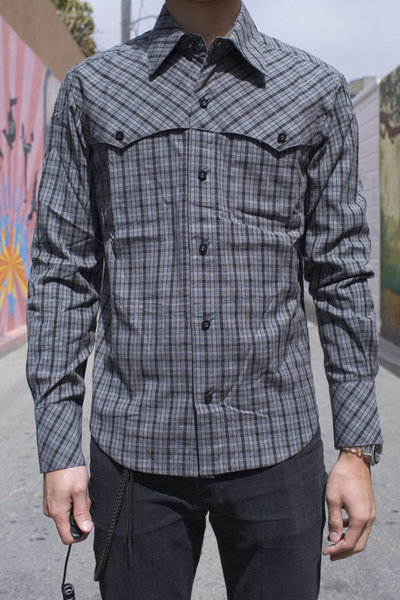 The Greek tragedy, captured on film from the beginning of time... Yet maybe never as gracefully as Jules Dassin's version, Pote Tin Kyriaki (Never on Sunday), shot in 1958 in the port town of Piraeus, Greece. Homer, an American, travels to Greece to find the meaning of life, and instead finds himself captured by the love of life within a Greek prostitute. Capturing the life and people of Greece in the late 50's, Jules Dassin made film history as Never on Sunday became an international hit and the best known Greek film ever made.

Late within the film as Homer begins to realize that his beliefs are not what holds true any more in modern Greece, he is seen wearing a black denim western shirt. In celebration of Never on Sunday and in homage to the recently deceased Jules Dassin Self Edge has reproduced this same shirt.

There are no comments to display.
New posts