Loading…
Pros: High quality and understated variation on the split toe
Cons: Low availability and difficult to try before you buy.
Alden is known for a variety of styles in shell cordovan and the V-tip is the understated cousin to the Norwegian Split Toe, also known as the NST. The V-tip split toe, also referred to as an Algonquin, is subtle in appearance and styling, without the "in your face" stitching of the NST. The V-tip is a true split toe made of two pieces with internal closure while the NST gains is appearance from raised stitching. First the V-tip vamp and toe and then the NST for comparison. 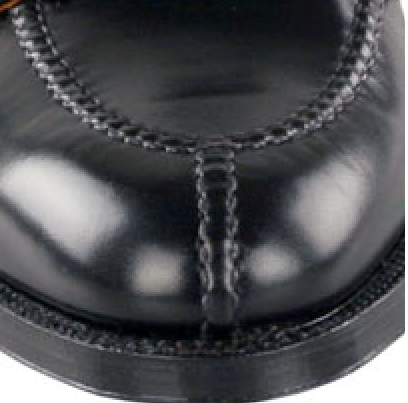 The stock V-tip features wheeled edges on a single oak leather sole and a closed or 270 degree Goodyear welt. The shoe is typically built on the Barrie last which provides ample room in the toe box and is especially generous to those who have high insteps. Alden dealers recommend downsizing one half size for shoes built on the Barrie last. For example, those who would normally wear an 11 D would want to order a 10.5 D.

As seen with other stock Alden cordovan shoes, it comes in black and #8. The sole of the black version, style D6617, is dyed black to increase the formality of the shoe, while the #8 comes with a natural color leather sole. The stock V-tip, also occasionally referred to as "The Rocketship" can likely be obtained through Alden on Madison in NYC.

Some retailers have created variations on the V-tip by building them on other lasts, changing the sole and edge colors. Alden Madison offers the cordovan versions on the Barrie last and the calf version on the Modified last. Leather Sole previously offered a version on the Leyden last. Gentlemen's footwear in San Diego sells a version with a waterloc sole. Brogueshop in California offers a unique version with a 360 degree reverse stitched welt and commando sole, as seen below. These other versions, with slight changes in style numbers, encourage the interested purchaser to search carefully for different configurations before deciding on a final version. 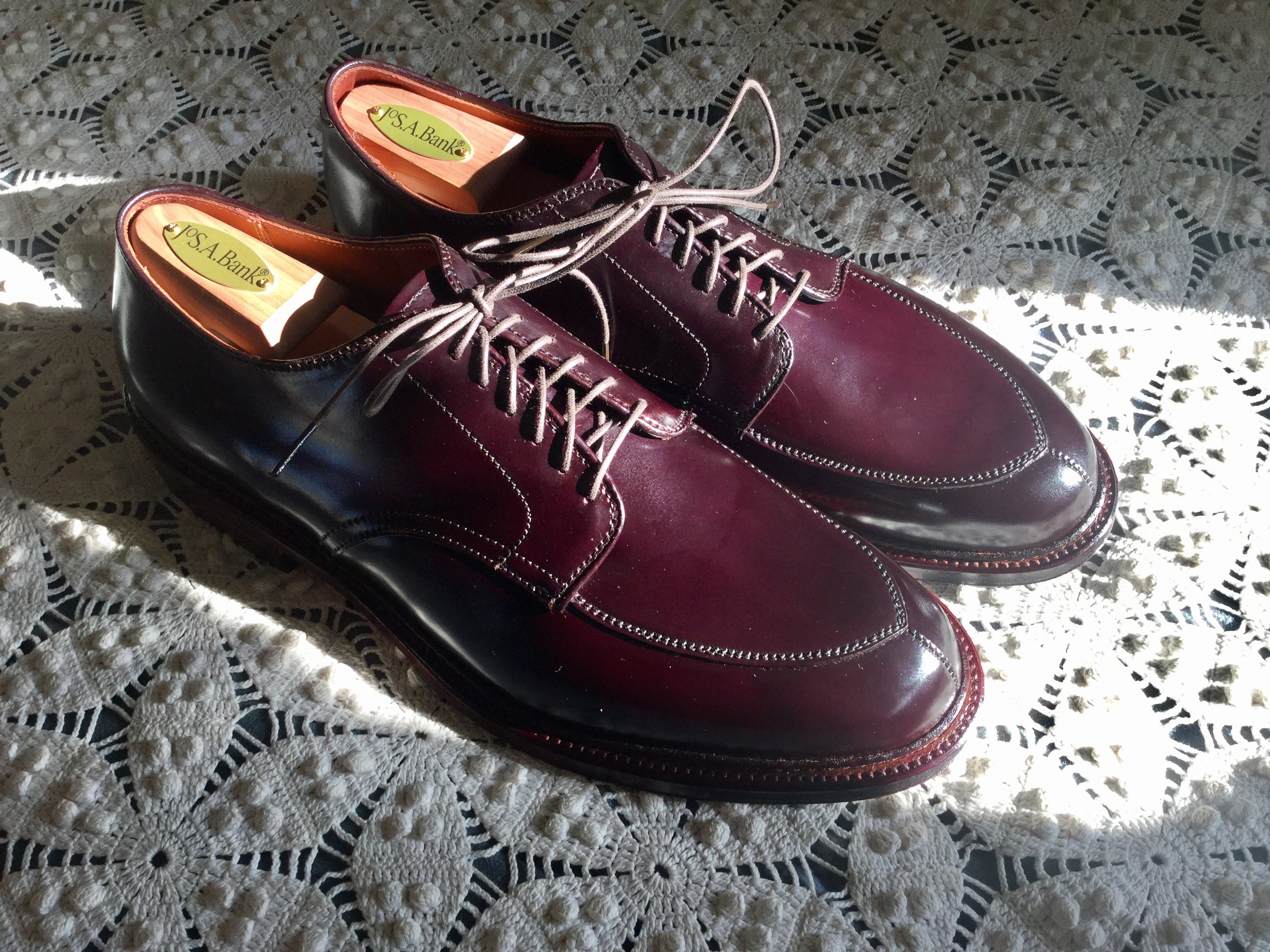 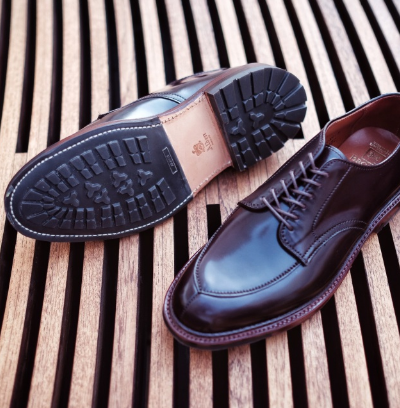 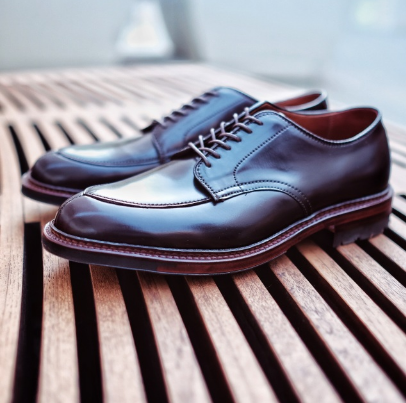 The V-tip has developed a cult-like following in Japan and I believe this comfortable, styling and understated shoe should make it an excellent alternative for cap toes, wingtips and plain toe bluchers in the US.