Register now and order for 35.00 USD
New posts
Overview Updates (2) Discussion
This is absolutely lovely! This jacket was sold by Hess's Department store of Allentown, Pa.. Hess's was one of the great American stores, being founded in 1897 and having several notable firsts. It was, for example, the first Department store to sell pure gold over the counter in 1974 when the sale of bullion was legalized, and the first store to carry the controversial "monokini"--a bikini without the top. They failed to sell even one. Hess is also known for its HUGE sign--the largest store sign outside New York City at the time--which weighed 8 tons and was 45 feet tall. Hess's acquired its name in 1968--when it changed from Hess Brothers--and so given this, the Union label, and the narrow lapels, this jacket was likely made in 1968 or 1969.

Although there is no fabric content listed this is clearly cashmere, and not the thin mall stuff that's so common today, but the thick and luxurious cashmere of the 1960s that established this cloth as a true luxury item. The colourway and patterning of this jacket are beautifully late 1960s, being a mix of old gold and black with iridescent green thread woven throughout--although the effect is more conservative and classic than this description indicates!

Cut as a rare two button sack this is fully canvassed and fully lined. It features slanted hacking pockets and a twin vent, as well as two button cuffs. It features lovely late 1960s "down notch" narrow lapels! It has all of its original buttons intact, and is in Very Good/Excellent condition--only because I am conservative in rating vintage pieces. It was, of course, Union Made in the USA.

Asking just $35, or offer, for a lovely and rare cashmere two button sack! 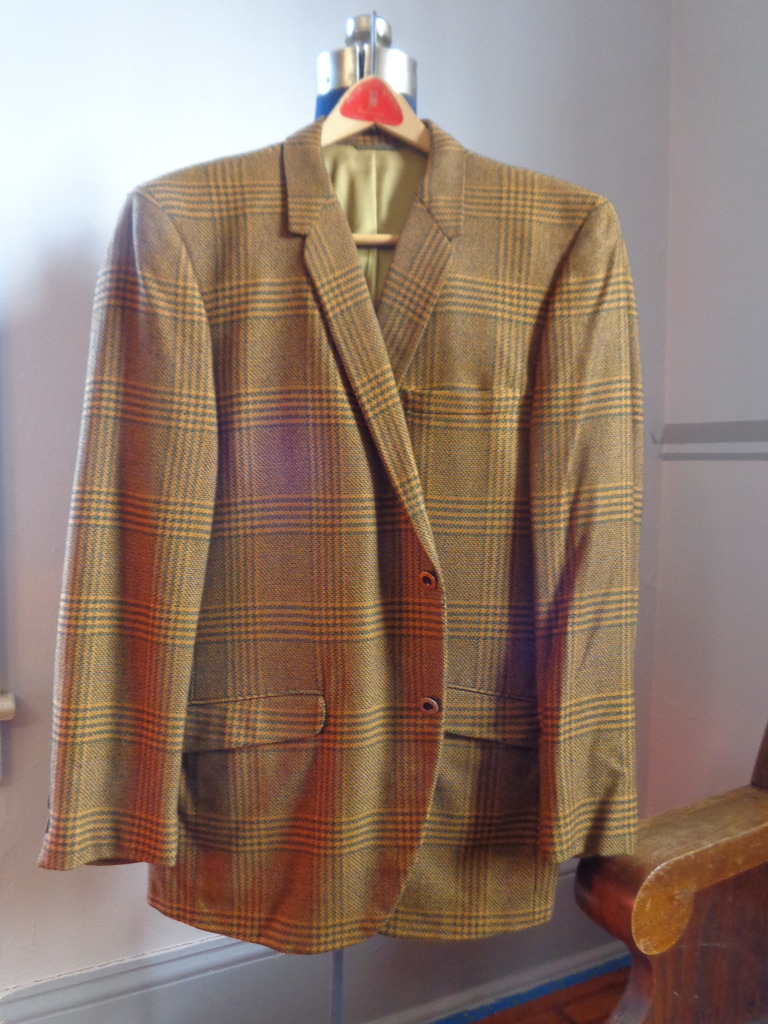 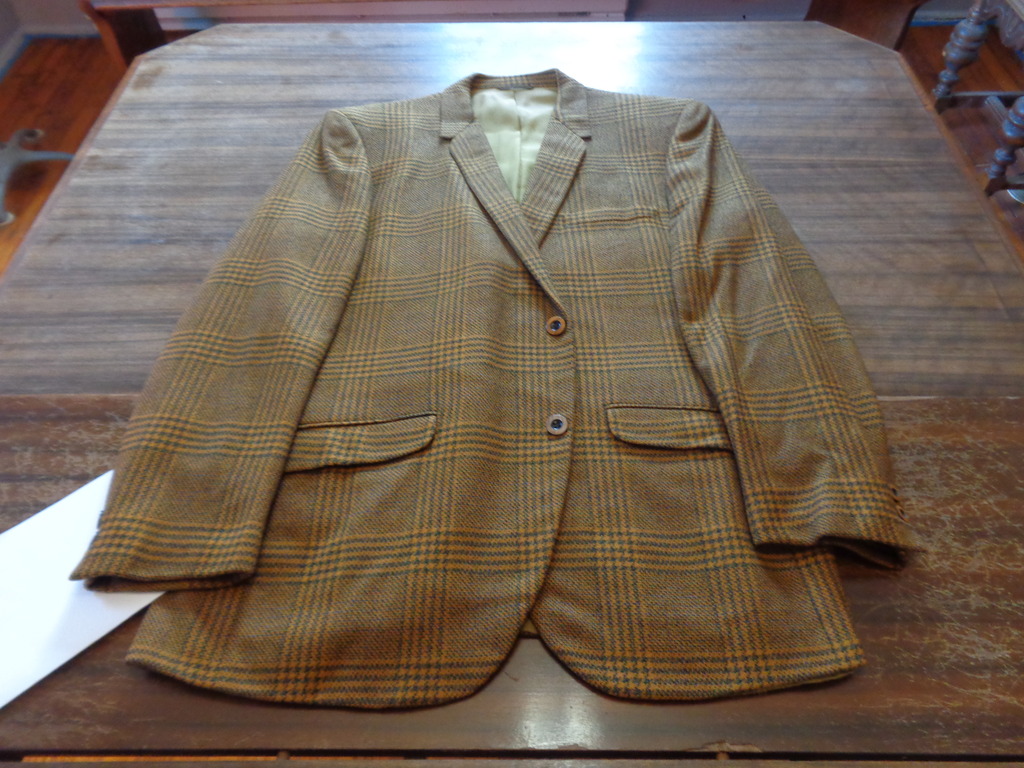