SOLD! AUTHENTIC 1960's 3/2 sack jacket in BLEEDING MADRAS! This is NOT MADE ANY MORE!

New posts
Overview Discussion
This is ... stunning. An authentic 3/2 sack cut from genuine Bleeding Madras this is a true Trad/Ivy GRAIL item... especially given the absolutely beautiful and utterly 1960s dark hues of the cloth this is cut from!

First, the fabric. Bleeding Madras differs significantly from regular Madras in virtue of the fact that the dyes that were used to produce it "bled", resulting in an absolutely beautiful, subtle fabric after a few launderings (or, in the case of jackets, being caught in a few heavy summer showers!) in which the edges of the colours quietly and naturally had bled into each other. The effect was perfectly Ivy; beautiful, understated, and only achievable through time and use.
Bleeding Madras was the result of the use of Azo dyes (for the chemically inclined, these are compounds o the functional group R–N=N–R′, with the R molecule being an aryl) which produced vivid yellows, oranges, and reds, and which were exceptionally water soluble--hence the bleeding. Unfortunately, these dyes do not degrade under natural conditions, and when they accumulate in the waste discharge of dyeing factories have serious adverse environmental consequences. This lead to legal pressure to restrict or prohibit their use, and hence Bleeding Madras effectively ceased to be produced in the 1960s, although production of its colour-fast cousin (Madras) continued apace.

This jacket is cut from azo-dye Bleeding Madras--a fabric that, quite simply, is no longer made. The current absence of bleeding shows that this jacket was carefully kept away from rain, and so the colouring is as distinct as it was when this was first made.... beautiful dark and berry reds reminiscent of Hindu festivals, dark slate greys and lighter dusk greys from a Madras evening, dusty Indian taupes and muted creams, and the occasional stripe of black. This is a beautiful jacket and complex jacket!

Union Made in the USA, this is identified as being made form "Bleeding Cotton". There is no maker's name, but it does have a, well, 1960s picture of a Indian weaver's face on the label!

This is cut as a classic 3/2 sack, with *very* natural shoulders, a single center vent, and a full lining--in jet black complementing and drawing out the beautiful dark reds of the fabric. It has two button cuffs and classic Ivy lapels--not too narrow as to be "fashionable", but clearly narrow enough to be Ivy Style. It has all of its original buttons.

This jacket does, alas, have two issues. The first is that the collar is frayed at the seam. This has undergone repair, so it is no longer an issue, but the repair consisted simply of making sure that the collar did not fray any further, and didn't bother with any attempt at an "invisible" repair. However, this can hardly be seen when the jacket is worn, as the wear is at the top of the collar when it is turned down. The second issue is that this was snagged by the right-hand pocket somewhere around 1969. This was well and professionally repaired--I didn't notice this until I was measuring the jacket. But, the repair is there.

Given these issues, this jacket is in Good condition.... and so is a bargain at just $29, OR OFFER, boxed and shipped--a price that is lower than the original 1960s Bleeding Madras fabric itself is worth!
If this is your size, grab it--this is one of the nicest bleeding madras jackets I've seen, and they won't be made any more!

Please PM with interest and offers! 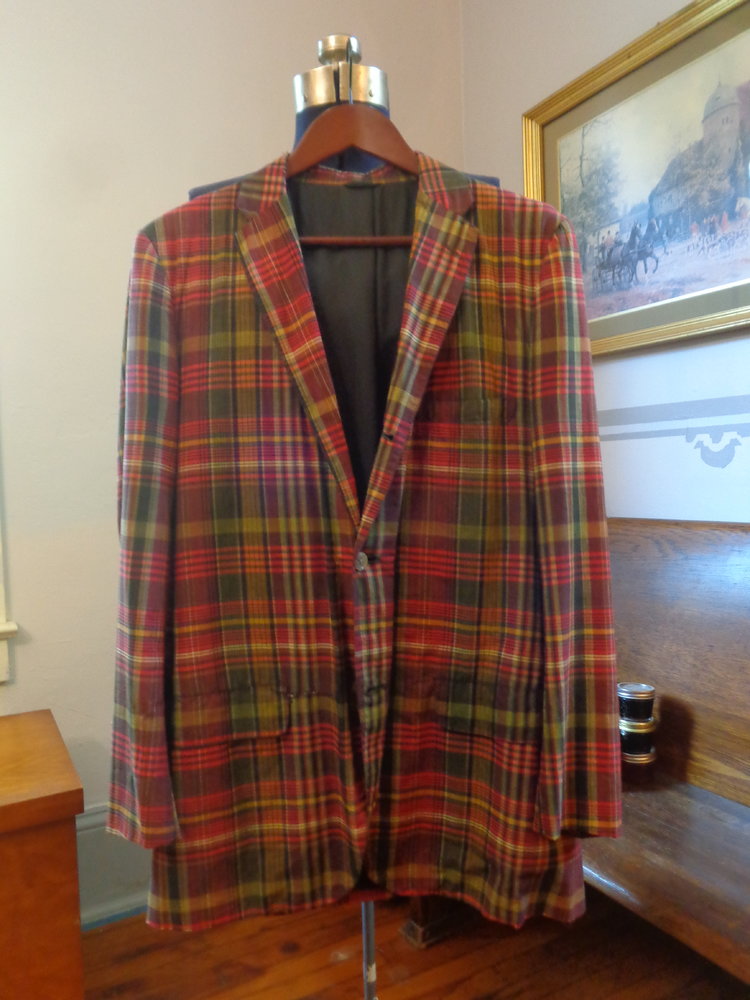 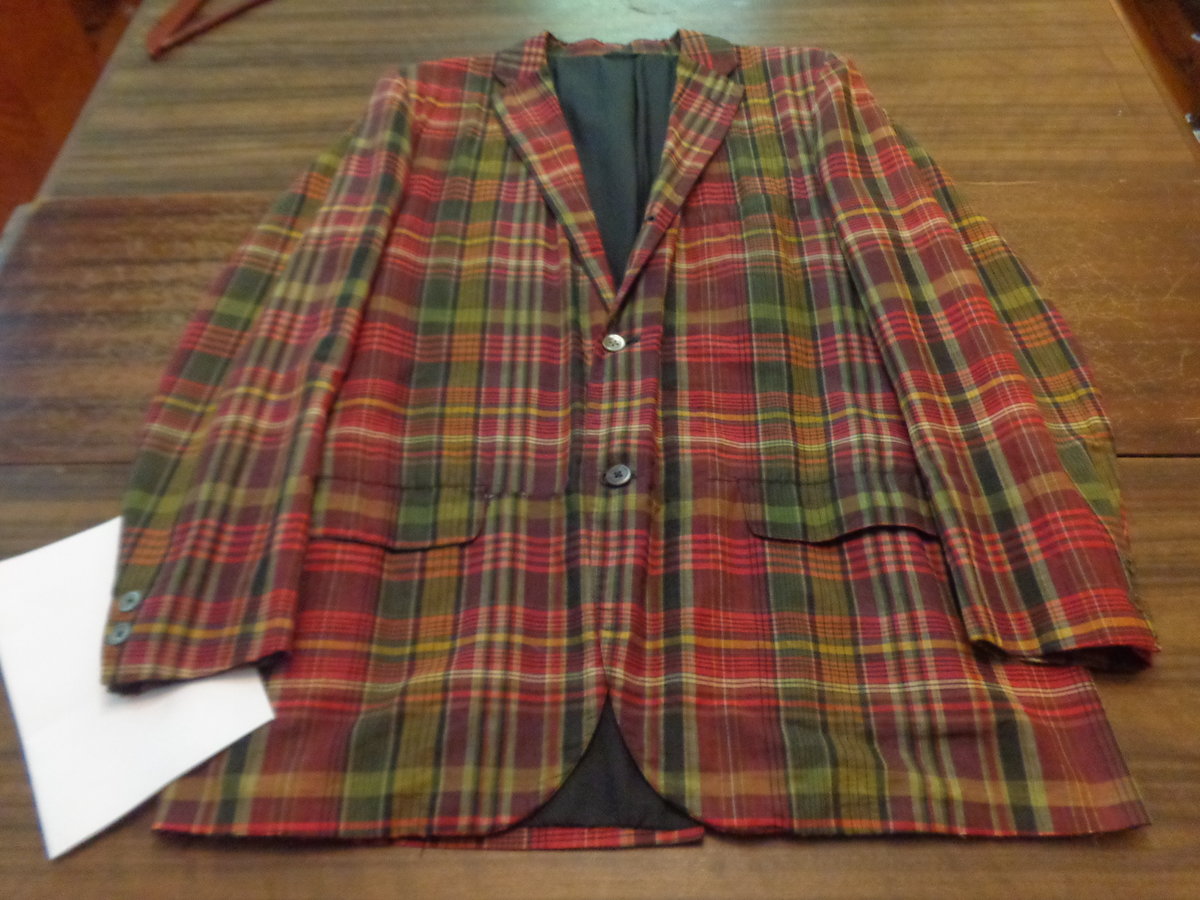