Up for sale is a Gerstner & Sons chest/box in excellent condition. Hand made in Dayton, Ohio, USA. Sold as depicted in the highly detailed photos below. I captured every angle.

The Gerstner brand was discovered circa 2013 by Styleforum member "Nutcracker" and popularized by member "Dieworkwear" on his blog. See post here: https://dieworkwear.com/post/53444393427/gerstner-sons

The model of this Gerstner chest/box is the "1901." The product page is here: https://gerstnerusa.com/sale-special/1901-2nd

The wood finish is "cherry" (no longer available for sale on their site, making this somewhat of a rarity).

It is built like a TANK. Incredible level of craftsmanship on this thing. I cannot stress that enough. Rendered in lush cherry wood and a great lacquer finish. Extremely solid leather handle, rubber feet, brass hardware (comes with the original keys for the built-in lock), and "pool table green" felt lining. Great. It was made by hand by, Gerstner & Sons, a 110+ year old firm located in Dayton, Ohio. They famously built a wood tool chest for one of the Wright Brothers. Scroll down the page for YouTube videos for more info on the company.

Like Dieworkwear, I bought this chest as a “factory second” from Gerstner. I could not locate any material damage on the chest, as was Dieworkwear's experience. Not sure why they call it a "second." Here is the official description from the site:

A "Factory Retouched" chest, often referred to as a "Second Class or 2nd Class" may have a slight blemish in the finish, a repaired glue joint or contain a piece of hardwood or veneer that has a minor defect - none of which are enough to affect the operation or durability of the chest itself.
Click to expand...

I bought this "factory second" chest circa 2015 when it cost $350 shipped (USA). They had increased the price from $250 shipped (USA) in Dieworkwear's post in 2013. Steadily, the brand seems to have grown more and more popular, and now they are charging a whopping $662 shipped (USA)!

I have decided to sell this chest because I have stopped wearing dress shoes most days and no longer need all these supplies. I'm going to to be selling some of them too if anyone is interested. My loss is your gain.

I'm not going to be a jerk and jack up the price to double what I paid. I just want back what I paid for it: $349 flat for USA members of Styleforum. I will even eat the domestic shipping cost for a Styleforum member on the East coast/Midwest USA.

(All other members will need to front the full cost of shipping. Please don't send me a message with a lowball asking to ship this thing for free to California/Australia/Canada/Europe, etc. That's not polite. Remember that it's very heavy and shipping that far is not cheap). 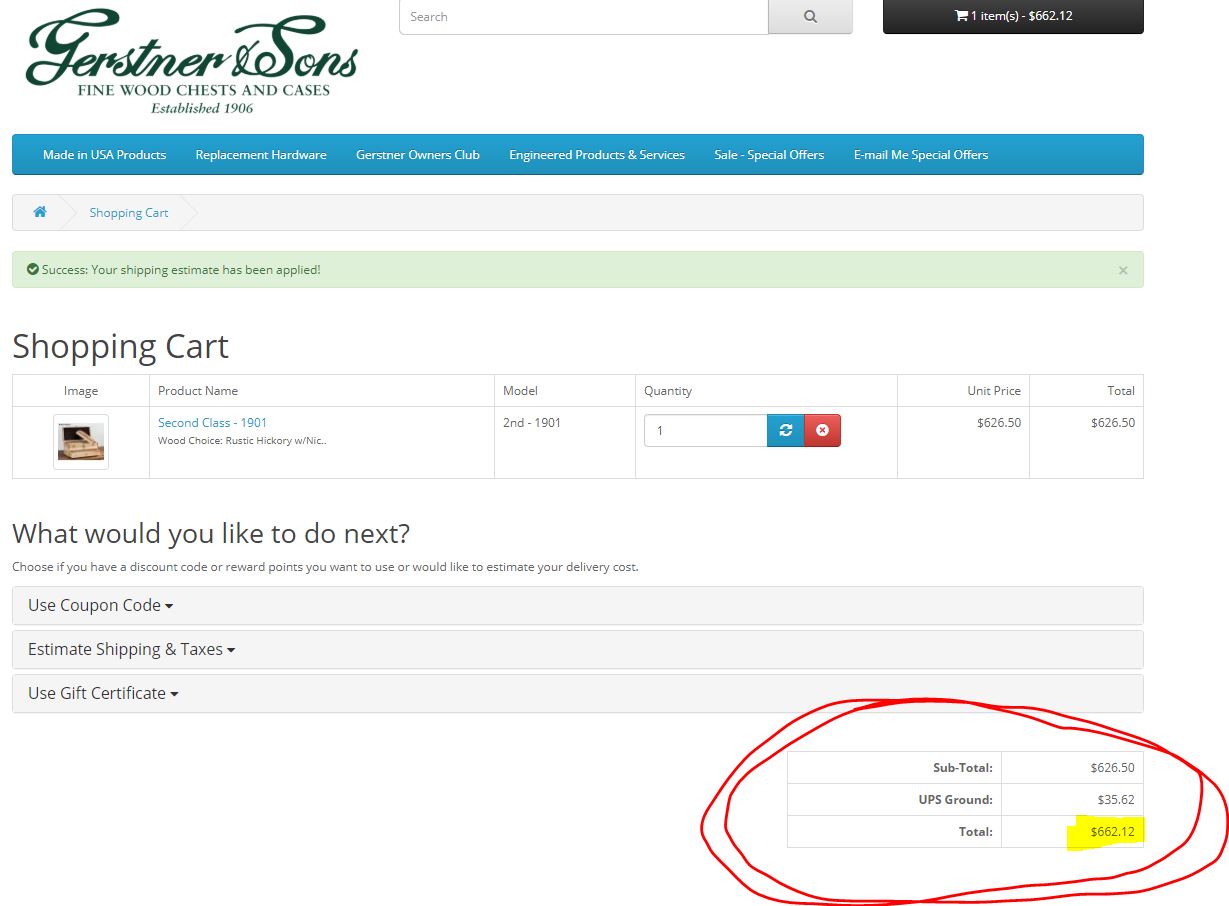 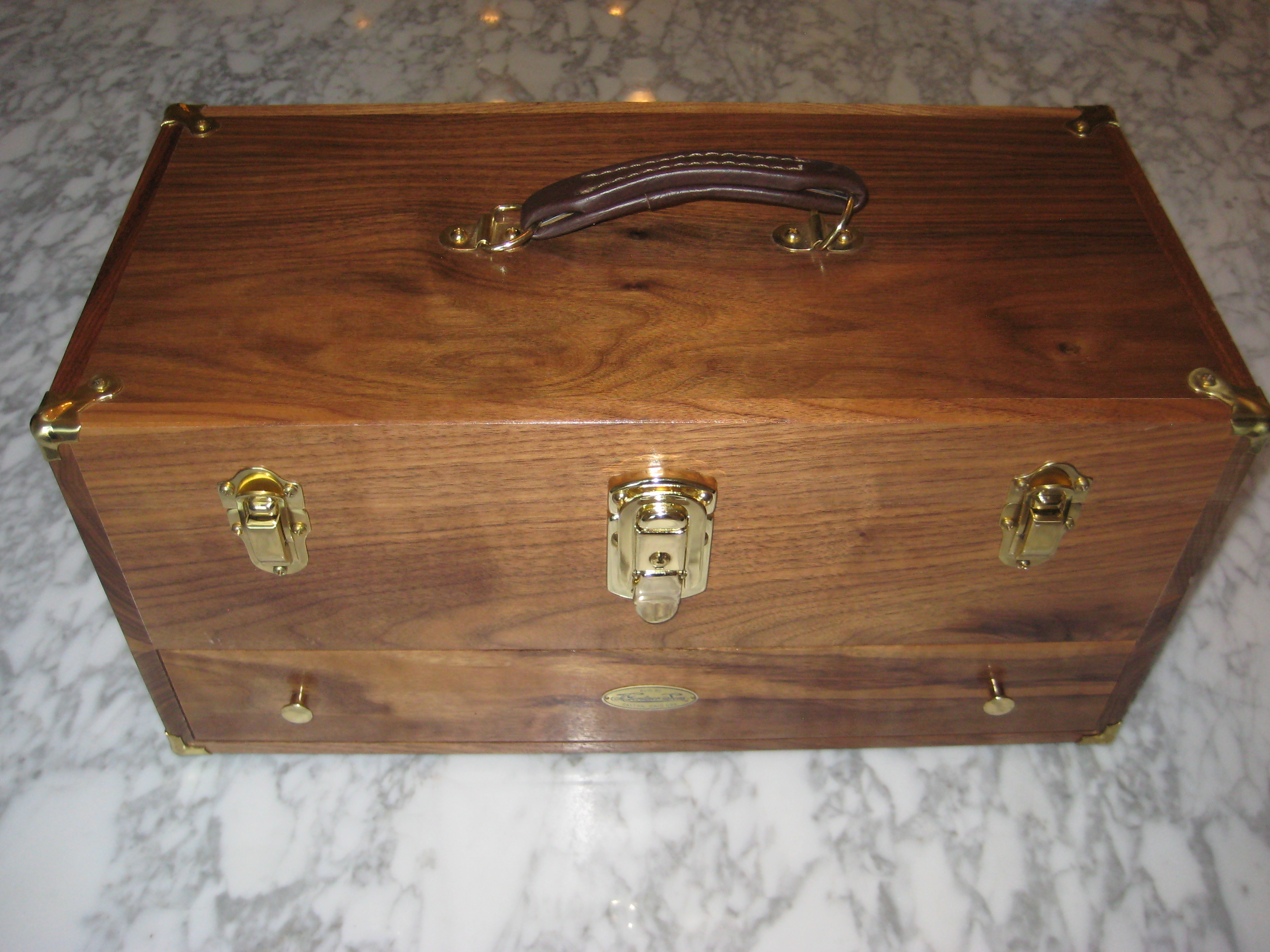 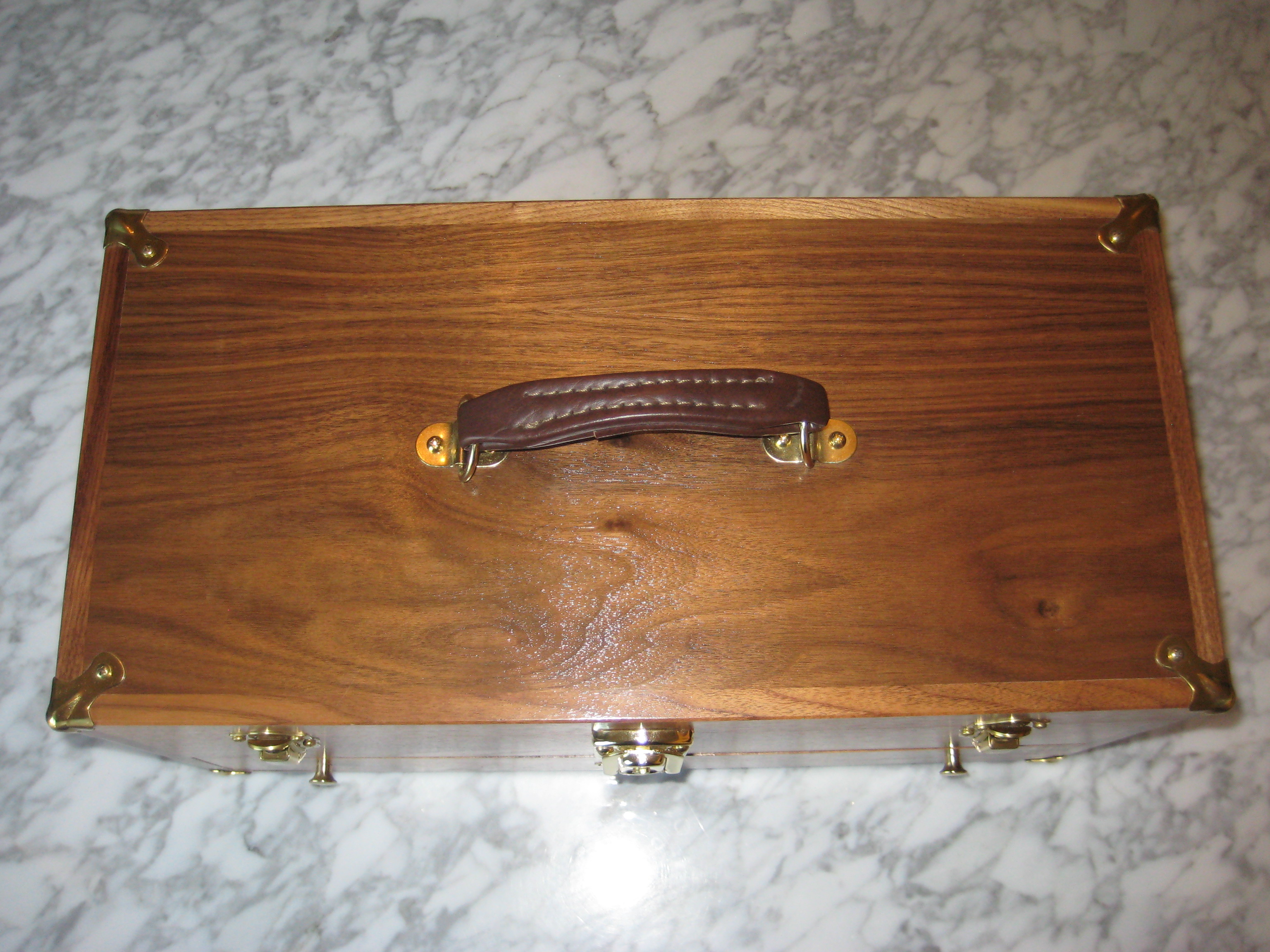 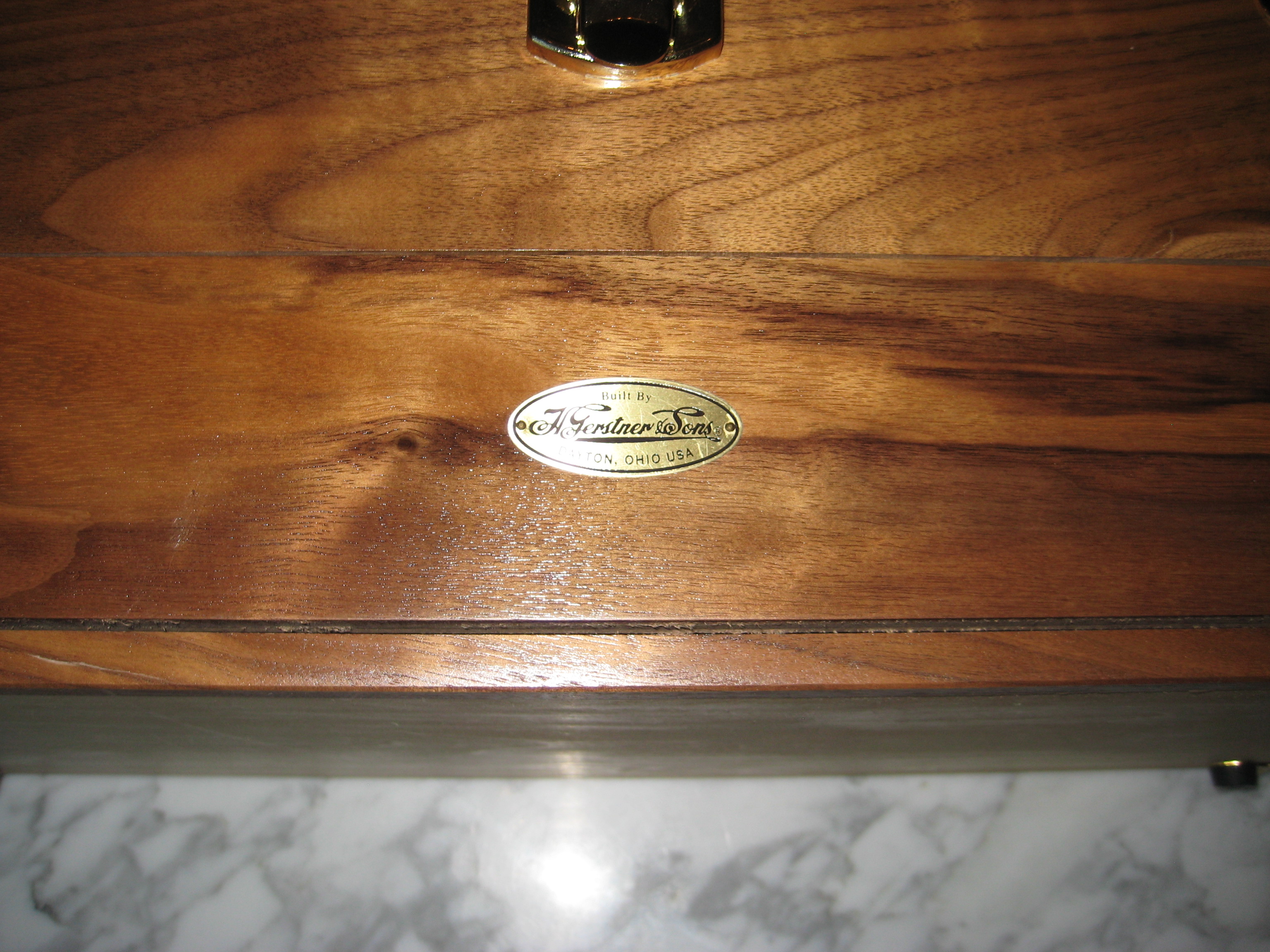 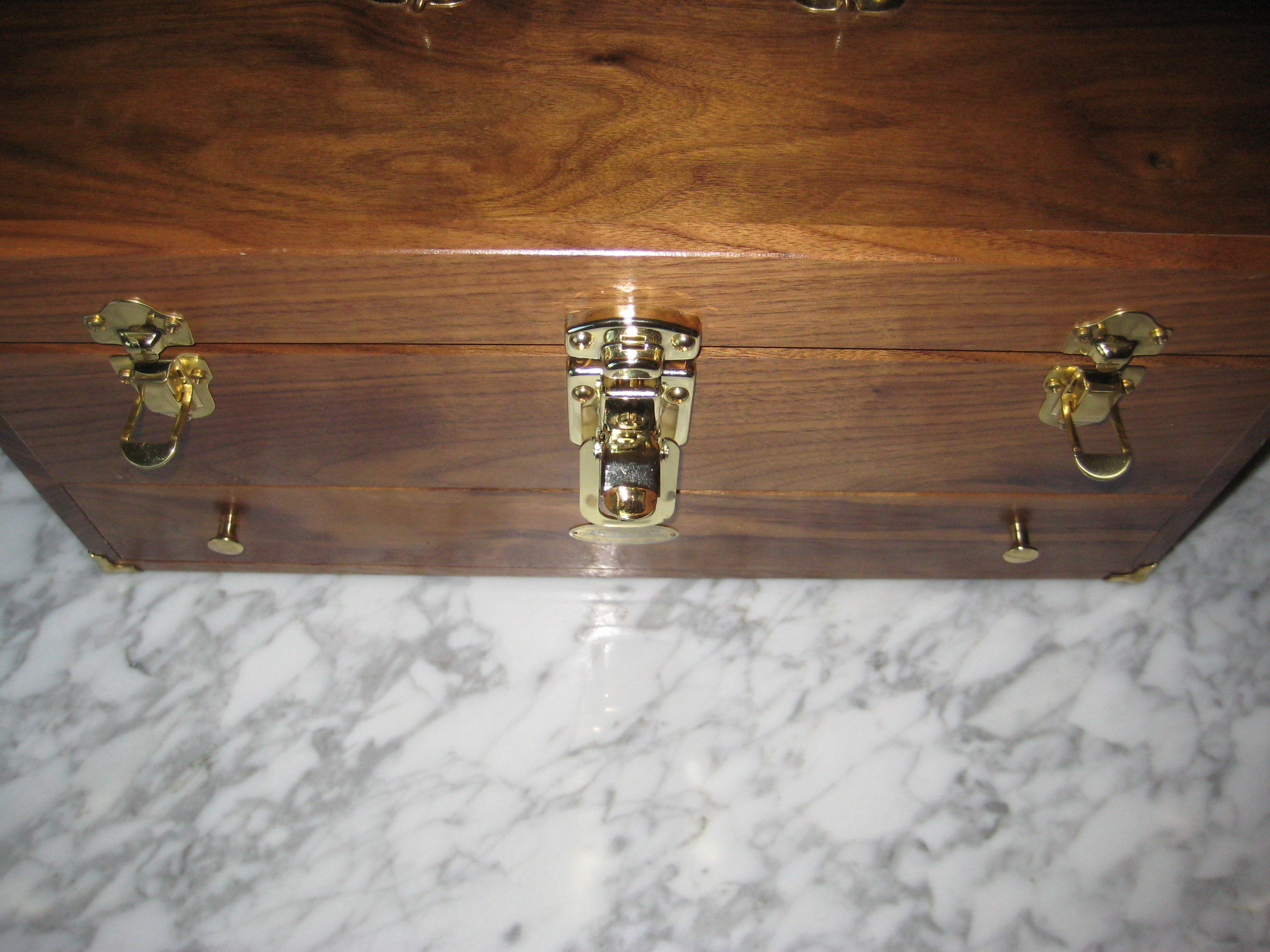 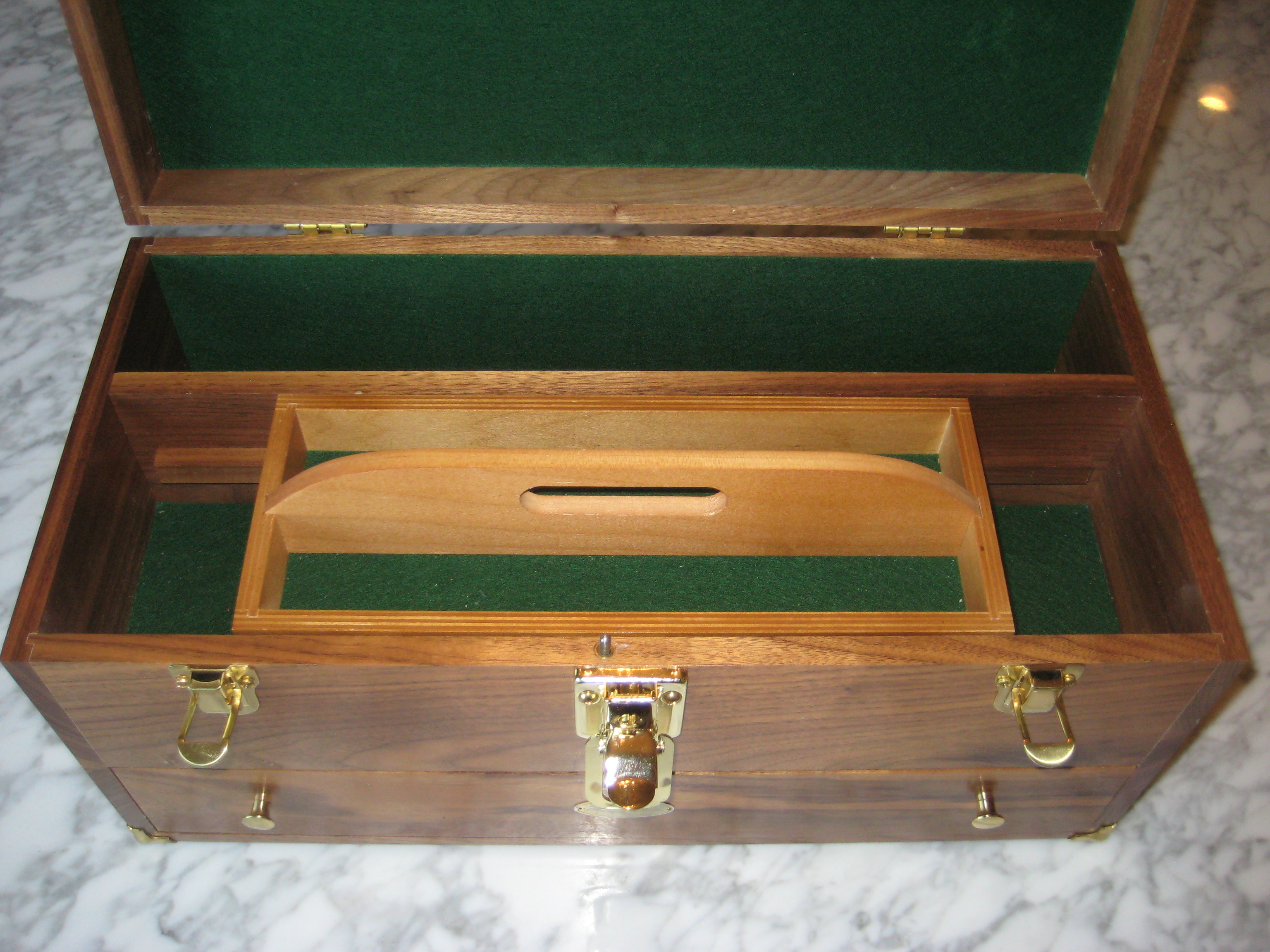 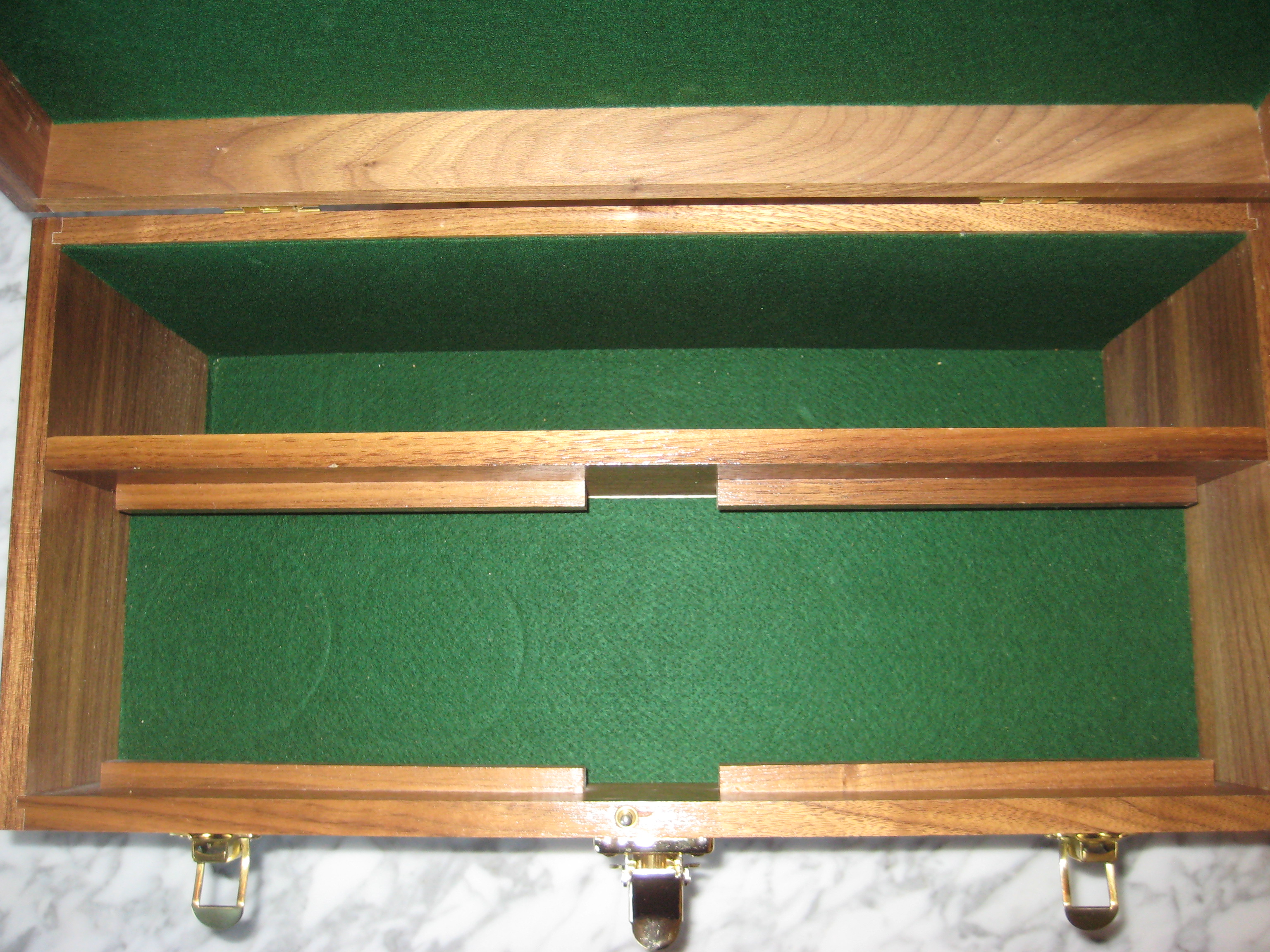 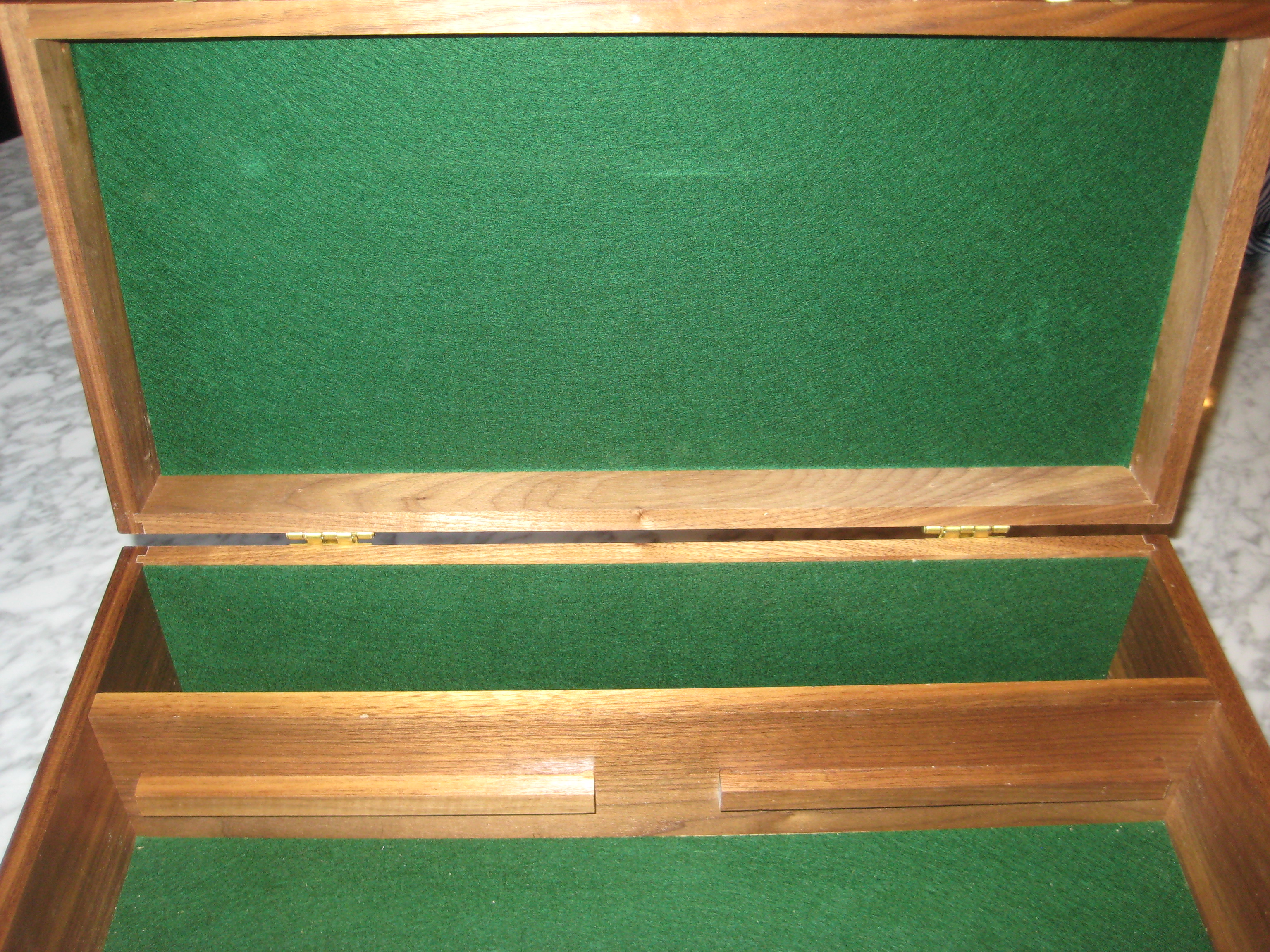 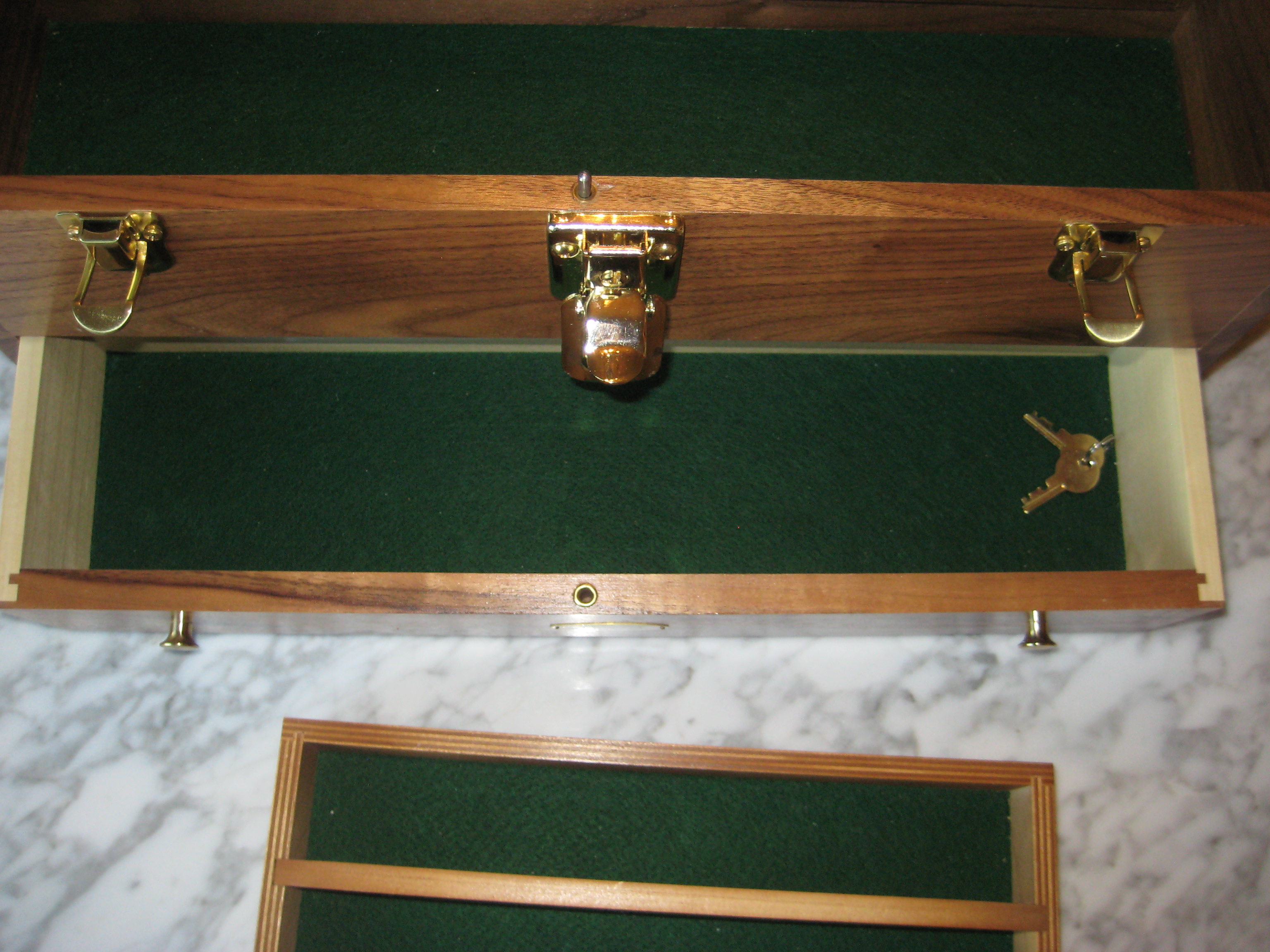 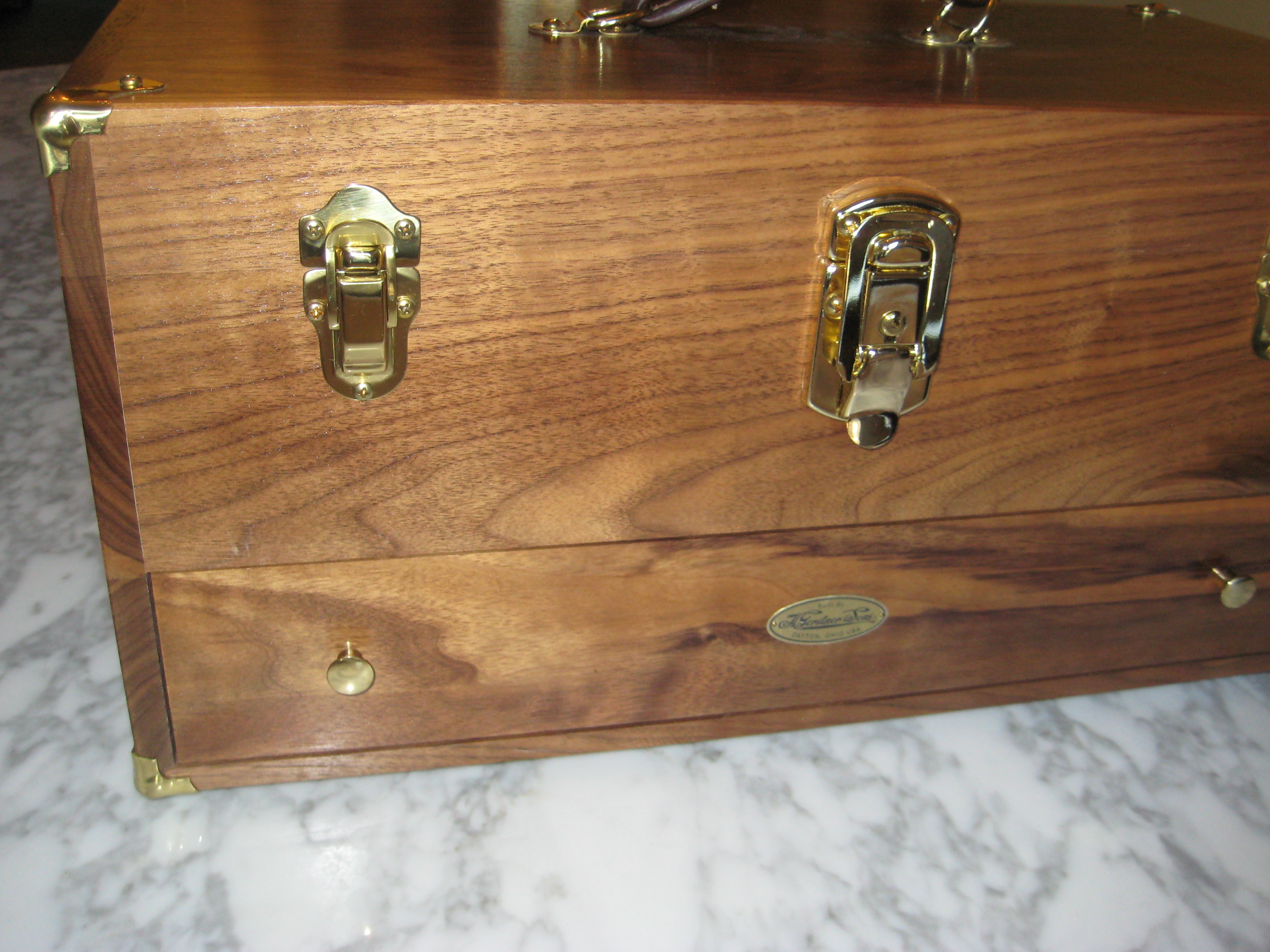 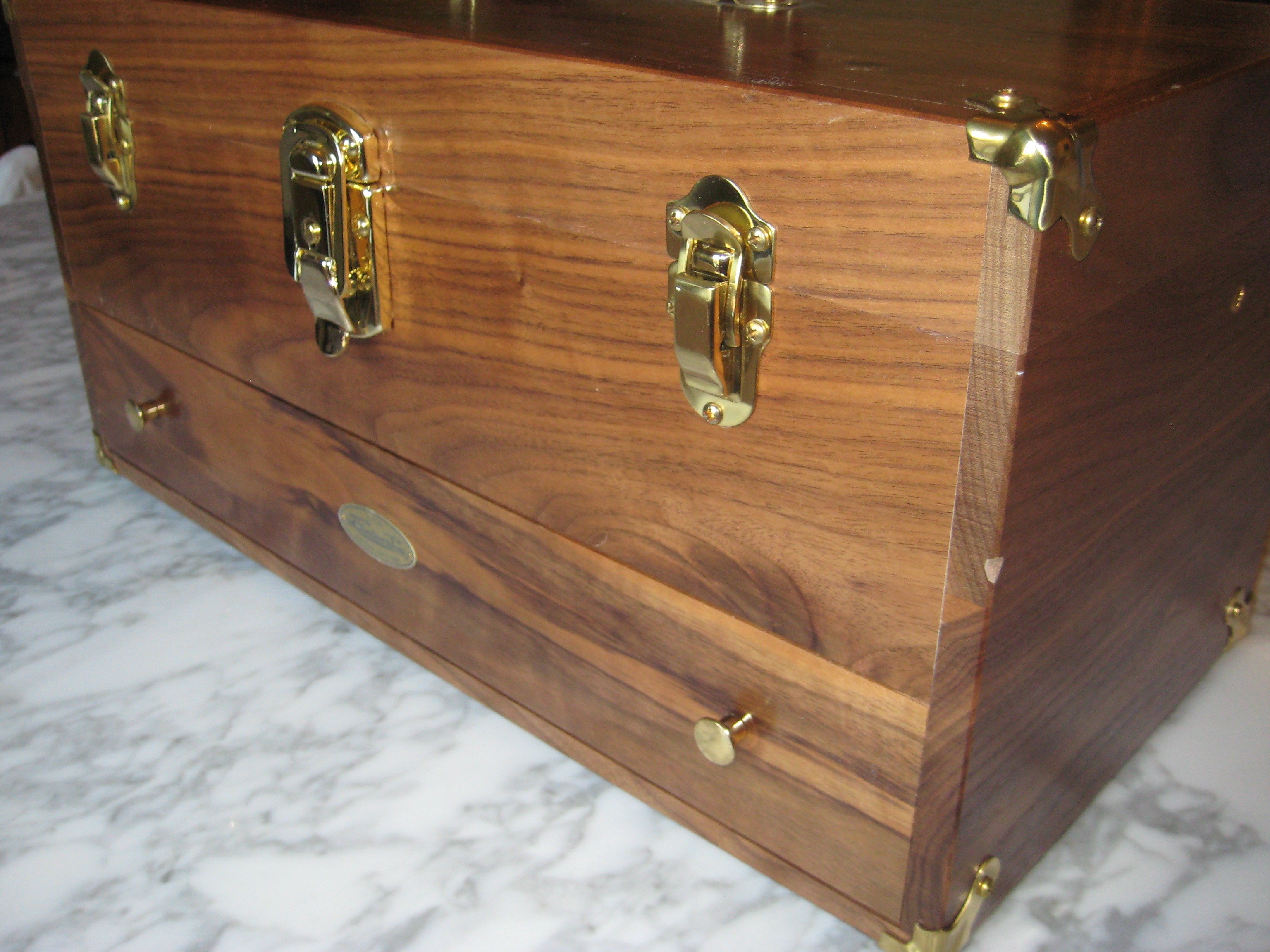 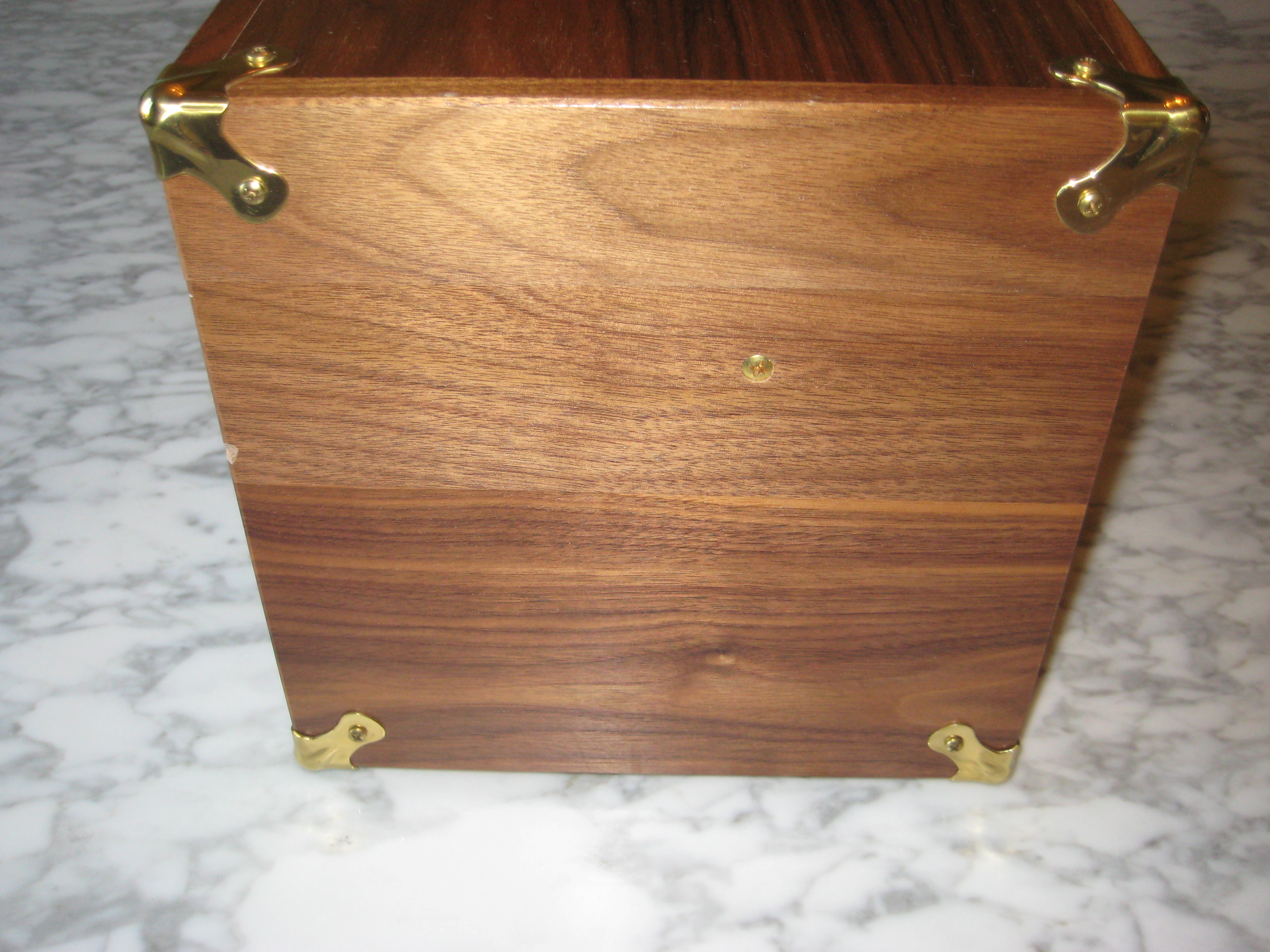 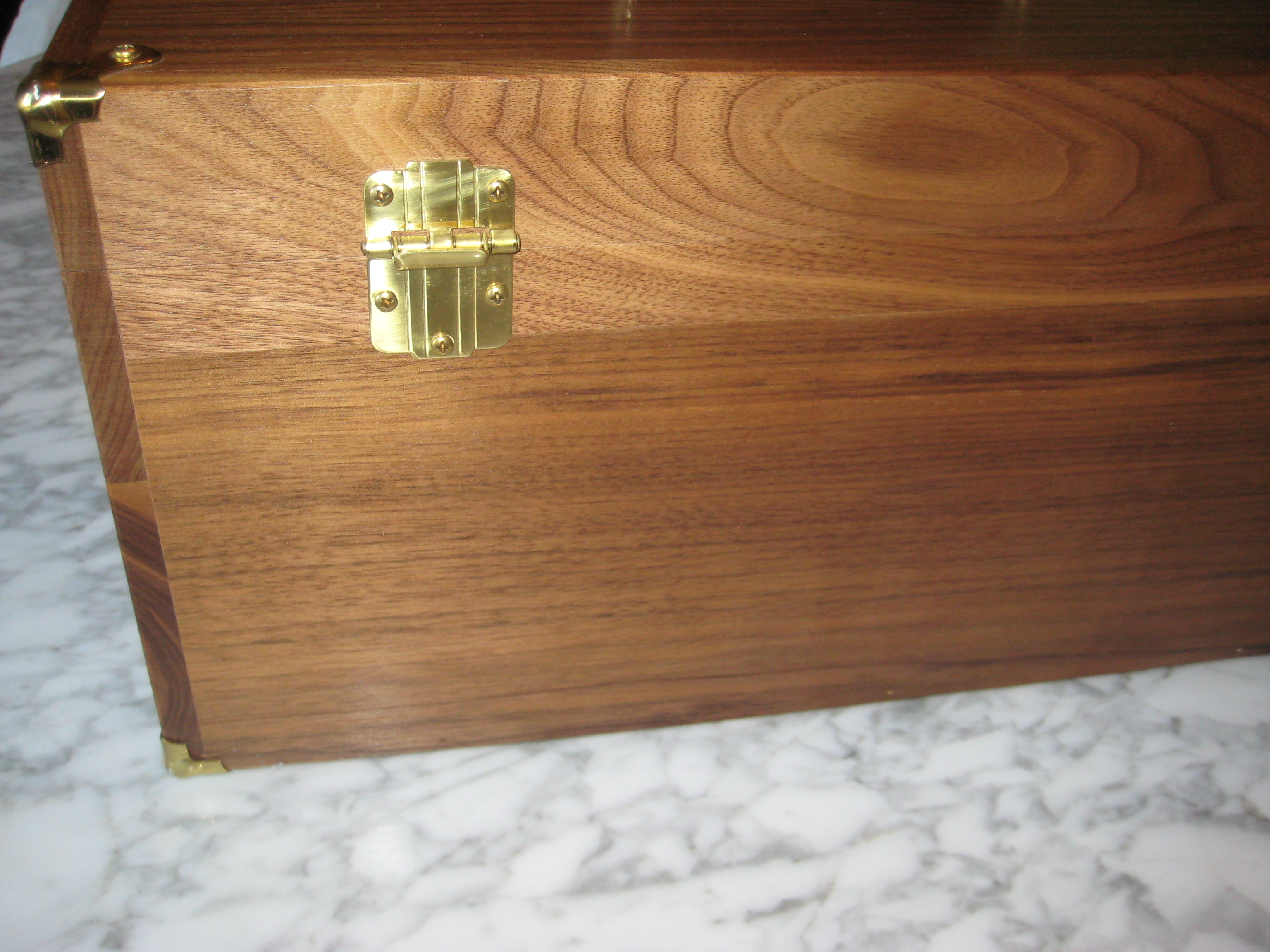 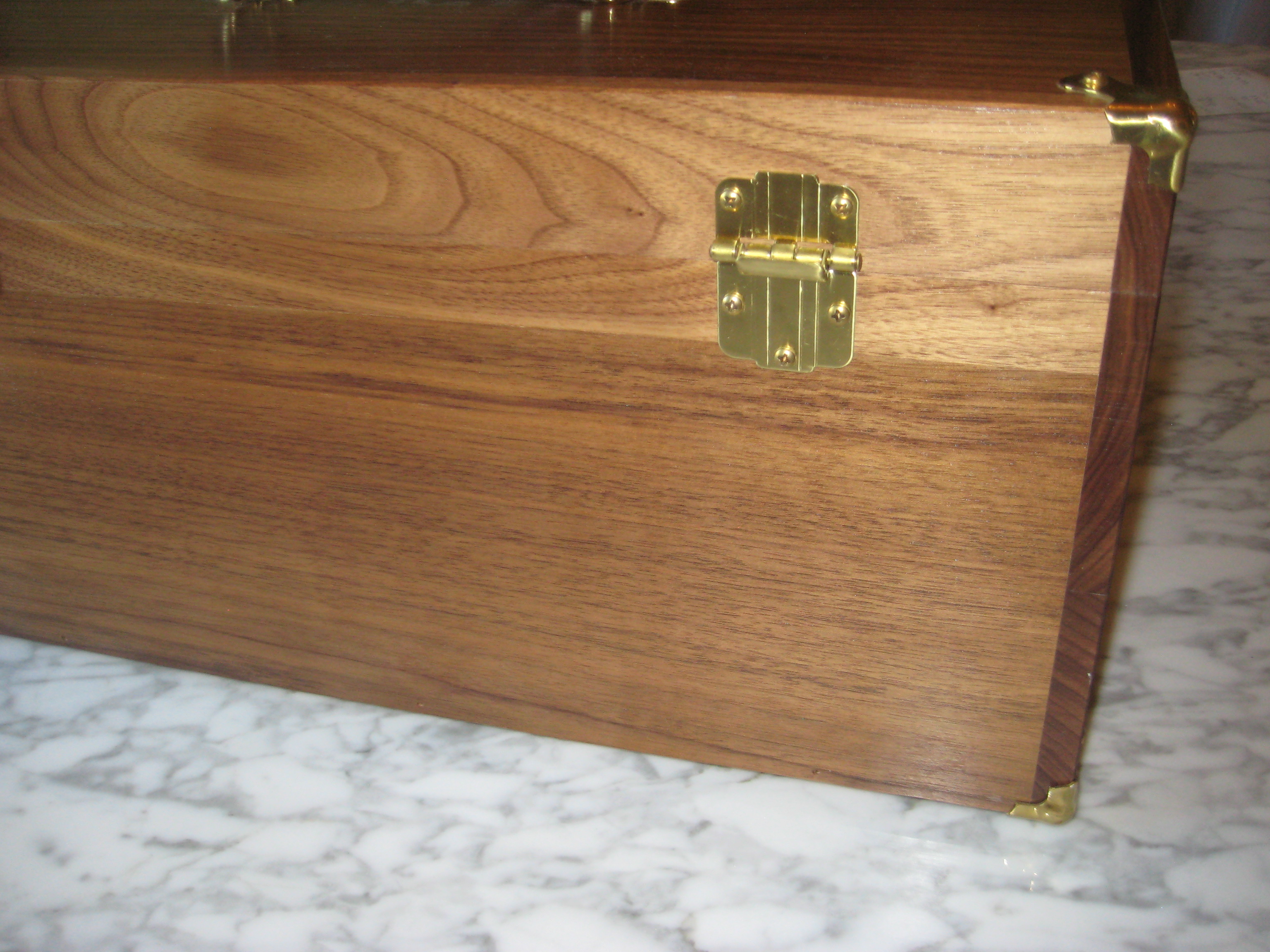 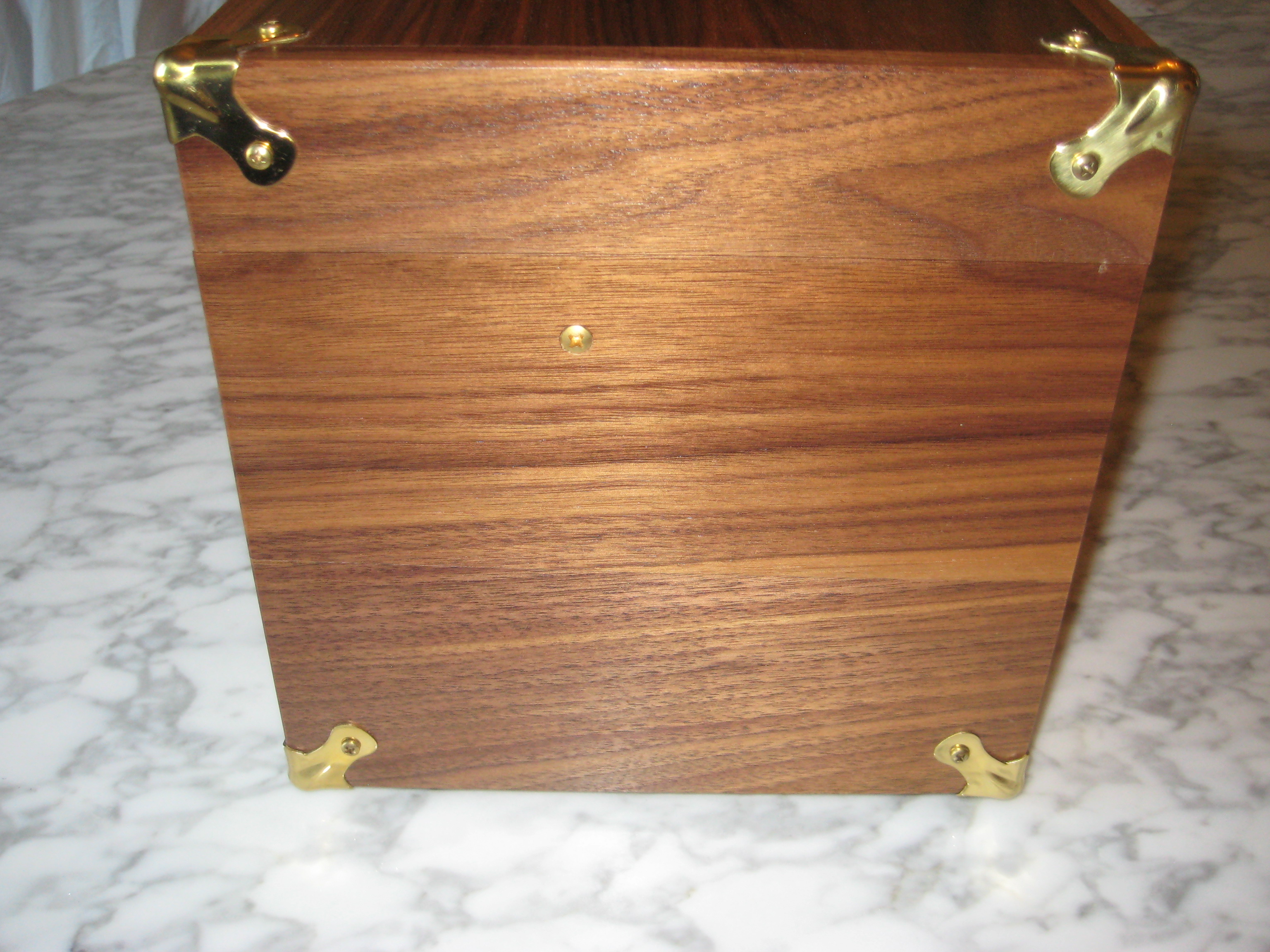 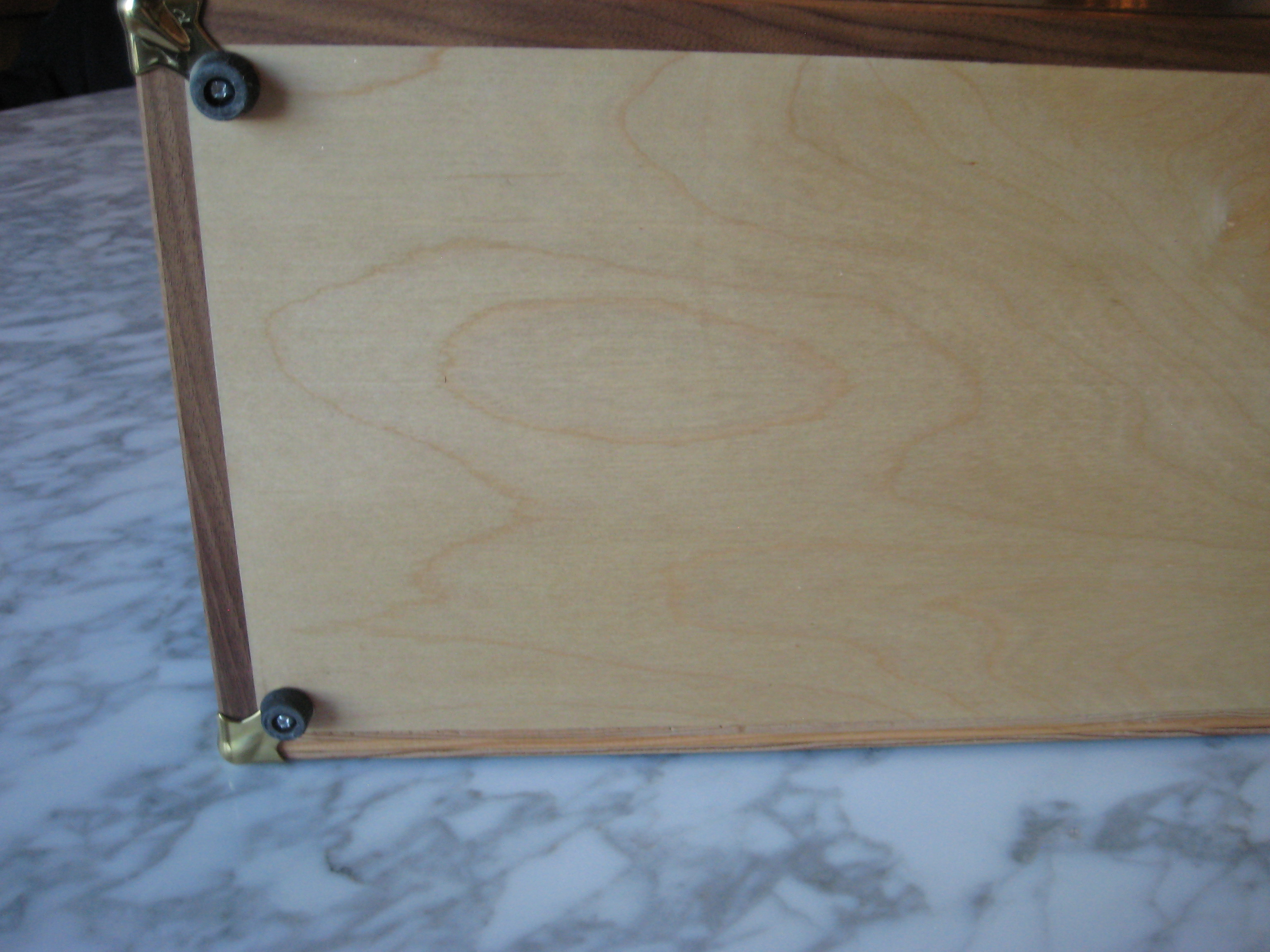 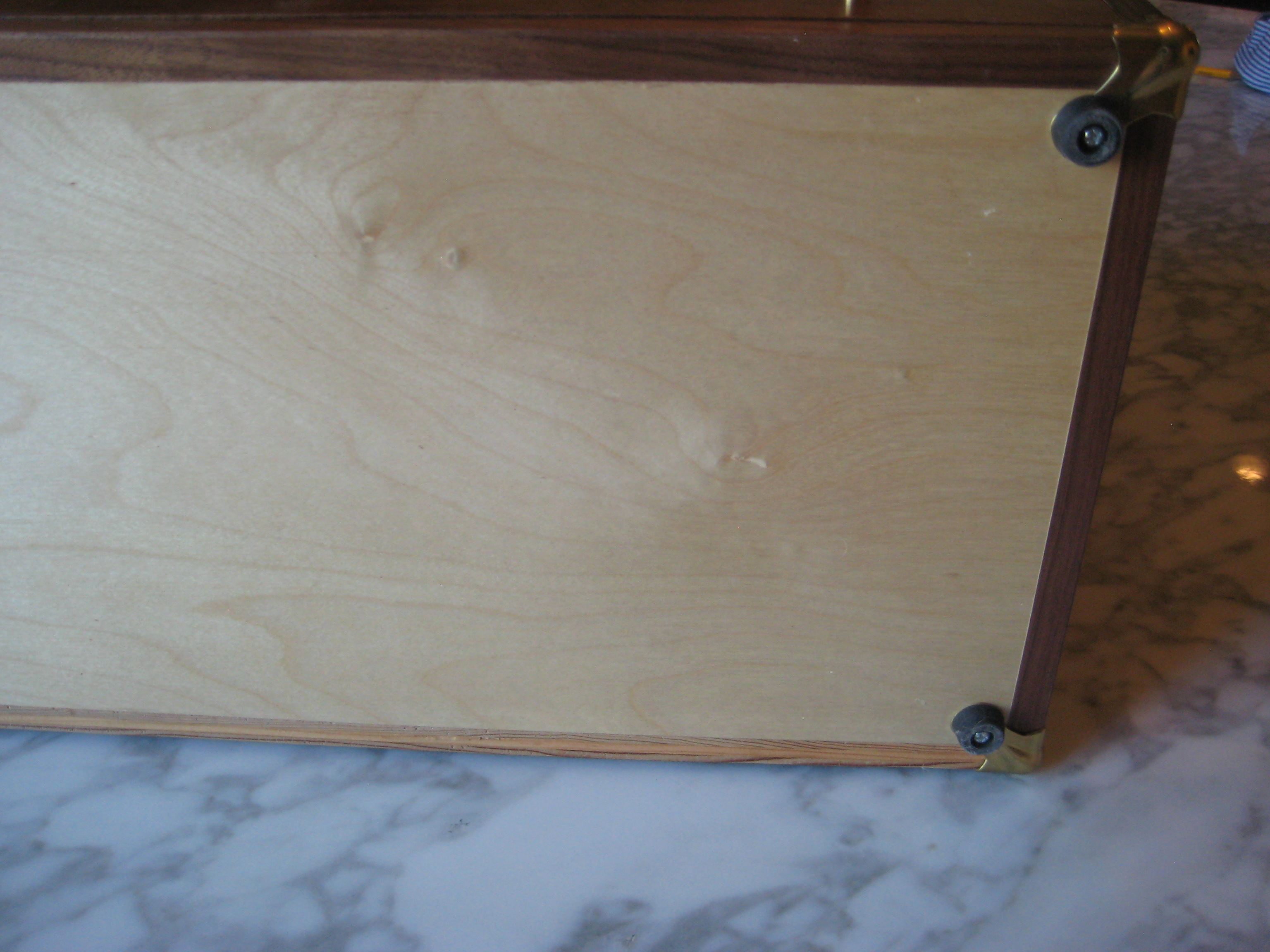 Below is the original Dieworkwear blog post on this product. I have included it because it has pics of the case with shoe care supplies in it. Good reference material for what you can fit inside it. Note that the pics below are NOT of my chest/case. Reference only. 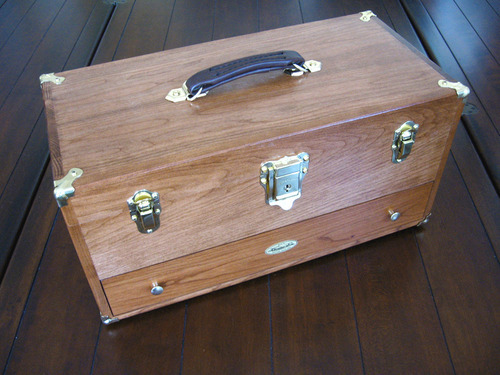 It’s so satisfying to finally find something you’ve been looking for. For the last three years, I’ve been searching for a box to hold my shoe care supplies, but nothing was quite right. Ephtee was too expensive and Orvis too small and boring. Luckily, StyleForum member Nutcracker tipped me to... 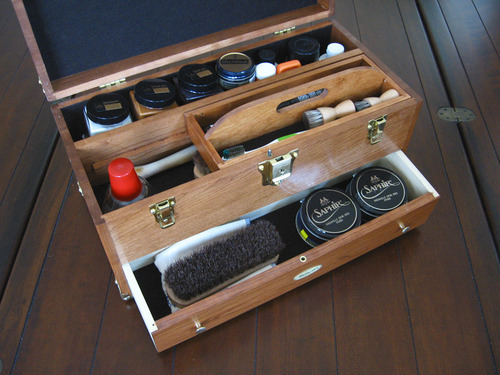 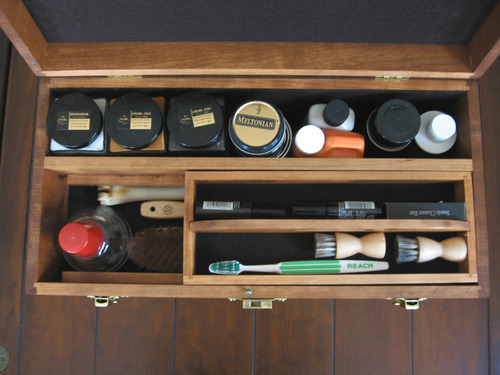 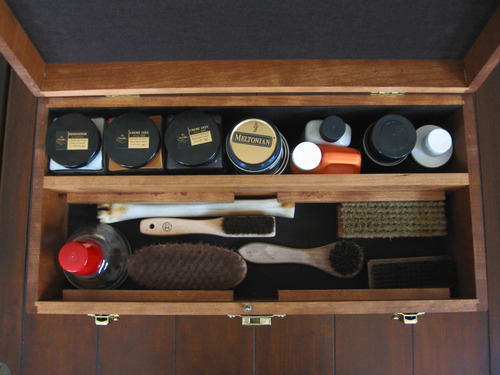 Gerstner & Sons
It’s so satisfying to finally find something you’ve been looking for. For the last three years, I’ve been searching for a box to hold my shoe care supplies, but nothing was quite right. Ephtee was too expensive and Orvis too small and boring. Luckily, StyleForum member Nutcracker tipped me to Gerstner & Sons, an American chest manufacture based in Dayton, Ohio. Their “12 Repair Kit” model came to me two weeks ago and it’s near perfect.

Gerstner & Sons has all the makings of a good American heritage story. They were founded in 1906 by a woodworker named Harry Gerstner. He earned his reputation by designing and constructing well-made tool chests for machinists, which famously included the Wright Brothers. When he started the company, there were perhaps dozens other American manufacturers, but as allocations for metal went towards the war effect, there were just fifteen by the end of World War I. That number dwindled further in the 1960s as companies closed down or moved on to other productions, and today, there’s just one – Gerstner & Sons – which is still owned and operated by the same Gerstner family.

A quick Googling around and you’ll find machinists talking online about how much they love their Gerstners. The little compartments made for everything, the quality construction, and the near indestructibility. Many of these have been passed down from generation to generation. Of course, mine isn’t a machinist chest, it’s one of the company’s hobbyists cases, which I’ve converted into a shoe care box. It’s made from American cherry, which has been hand finished with a light fruitwood stain and then lacquered. The bottom drawer is shaped, planed, and fitted by hand to ensure smooth operation, and the top has a metal spring that gives a satisfying “pop” when the latches are unlocked. The interior is felt lined to protect from moisture and abrasion, and the bottom is fitted with bumper feet, to protect any surfaces this might rest on. It’s truly a solidly well-made piece of work.

Nearly everything I have goes in here. Polishes, conditioners, and cleaners go into the long back slot. At the front, there are some brushes, a deer bone, and a solvent dispenser that I used to bull shoes (which I admit I bought after seeing this video). In the little tray, there are miscellaneous items, such as daubers, edge dressing, and a suede cleaning bar. The bottom drawer holds larger tins of waxes, a big horsehair brush, and a chamois polishing cloth. The only thing that won’t fit is my leather polishing mat, so I keep that outside.

Of course, the box isn’t perfect. I wish I didn’t have to stack the polishes in the back, but rather had a separate compartment for each, so I could get to them easily. But with sixteen cans of polishes, I’m not sure that would have been feasible. Anyway, when I asked if they could make me something custom, Gerstner & Sons quoted me $1,000, which was way out of my budget.

Brand new, this box costs $350, but the company holds multiple sales events per year. Mine is a “factory second” and ran $200 plus $50 for shipping. I can’t see any damage on the chest, and am told that “worse” factory seconds are held at the warehouse, where they’re sold at even lower prices. You can find out about their sale events through their Twitter and Facebook pages.

They also have something called Gerstner International, a lower line of chests that’s sold at more affordable prices. Those are constructed in China (rather than Dayton, Ohio), made out of plywood (rather than white oak), and finished with a veneer (rather than hand stained). I think it’s worth holding out for their mainline chests, but if you want something more affordable, this seems to be the same design I have and I think this might also serve nicely.
Click to expand...