Register now and order for 800.00 USD
New posts
Overview Updates (2) Discussion
This is the M65 hybrid parka in the orange hopsack (and removable liner) that was exclusive for NMWA for Winter '18. I originally bought the size Large and wore it twice before deciding it was just a bit too big in the shoulders for me but I liked the jacket so much I went back to NMWA and bought a Medium instead.

I bought the Large during the NMWA end of season sale and am just trying to recoup some of my costs.

FWIW, I wore the medium, with the liner, during our recent "Polar Vortex" and was perfectly warm in temperatures hovering around -15º F with windchills down around -40º F. The liner is insanely insulated without being too heavy or bulky. Without the liner zipped in, the jacket is still plenty warm with temps down in the 20s or up to the high 40s.

Below is a picture of me in the Large (so it does look a bit too big on me) as well as the pictures from the NMWA website. 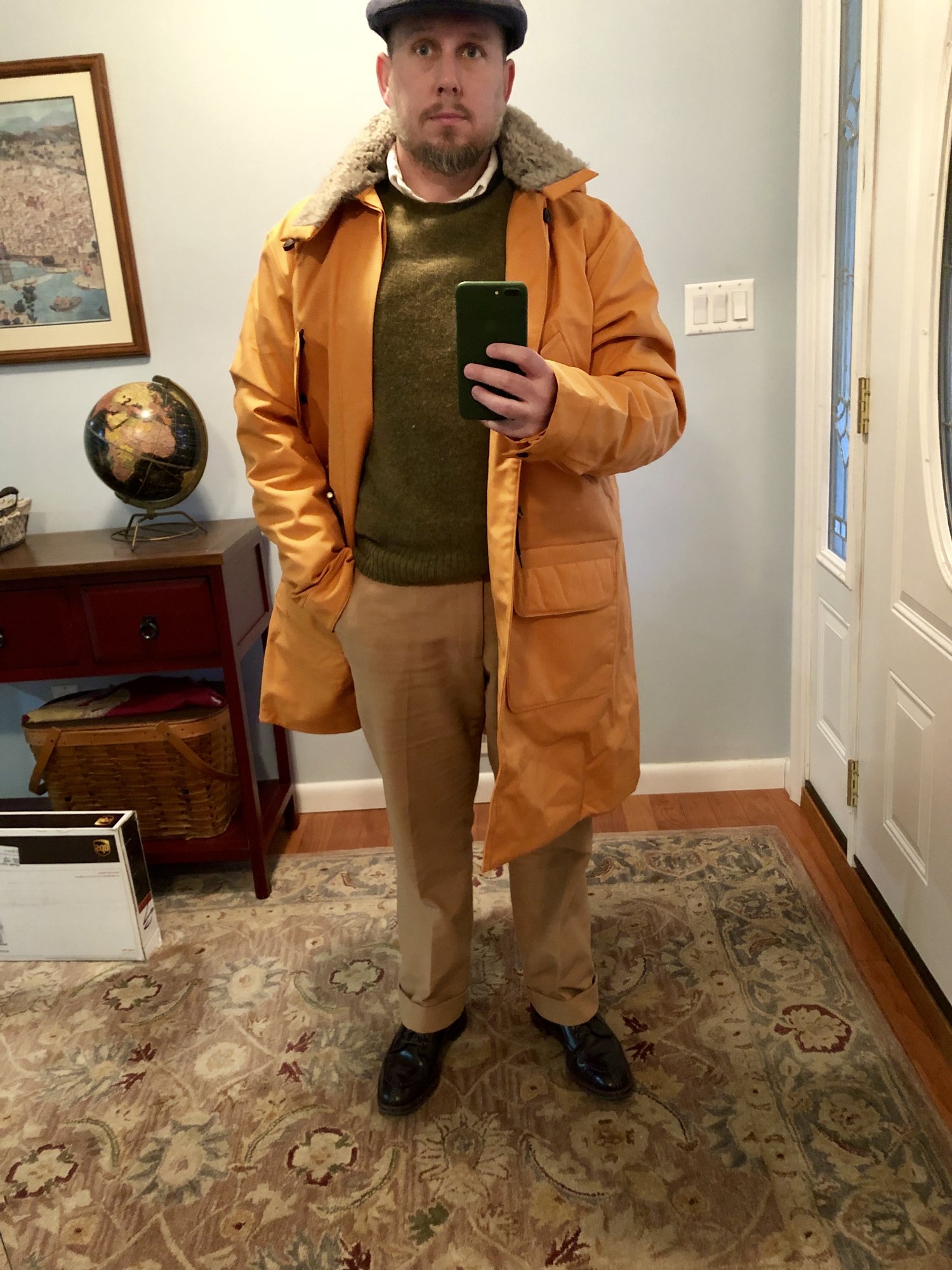