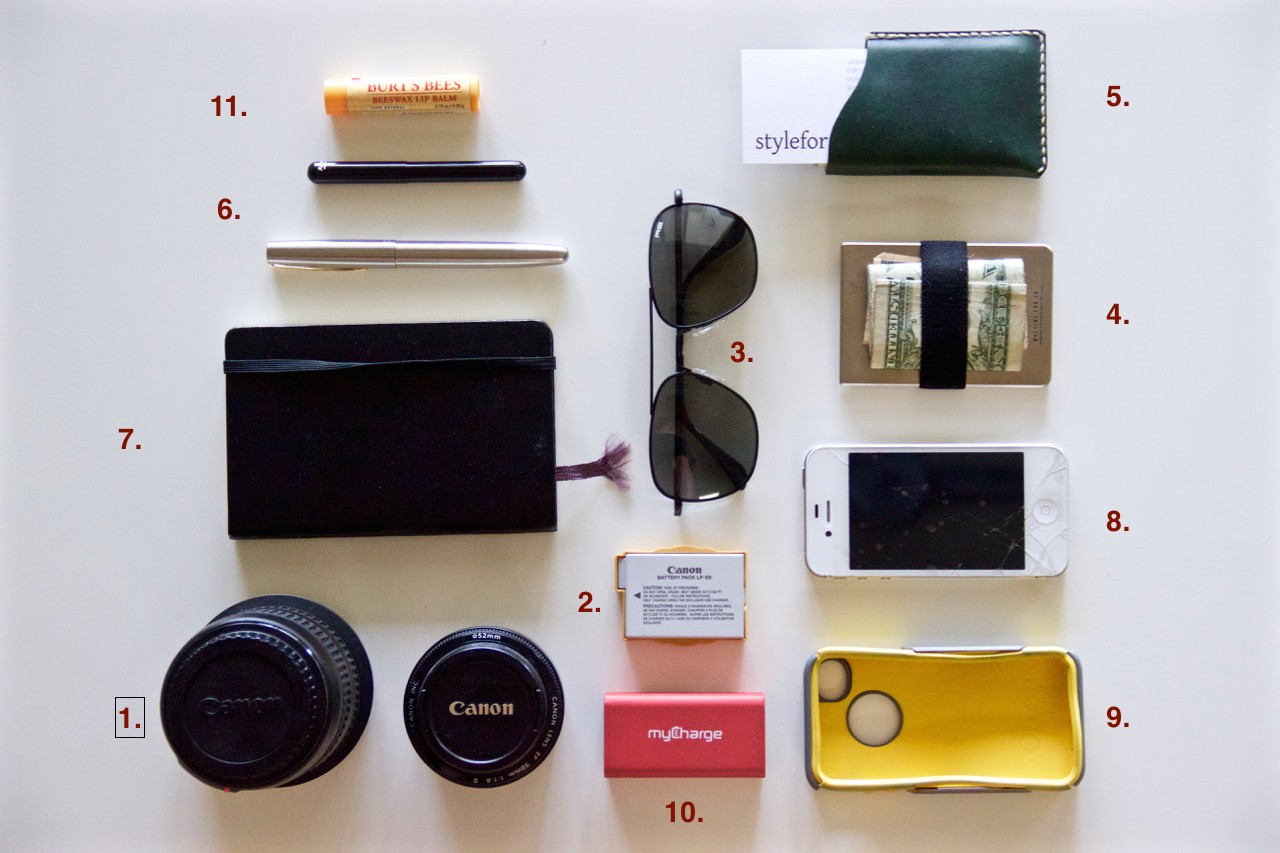 I’m not really an “EDC” guy. But, while talking to Huckberry about this trip, I realized that “not being an EDC guy” doesn’t mean that there isn’t stuff I carry every day. I’ve just never thought about it. The interesting part (to me) is that what I carry every day while I travel is a little different than what I carry around when I’m bumming it at home. So I thought I’d give a quick rundown of what I’m packing with me - and, because I wonder it all the time, what I actually use the stuff for. It’s particularly strange to make a list, because I usually think of myself as carrying nothing at all - wallet, phone, keys, sunglasses - but I guess when Styleforum duty calls, the list grows a little bit.

There you have it. Obviously that doesn’t include my other travel bits and bobs (Headphones, ear plugs, toothpicks, computers, tablets, whatever), but that’s what I carry every single day when I’m working. I guess it seems like a lot when it’s all written out, but it doesn’t take up all that much space. It also makes it sound like I’m really fixated on “preparedness,” but generally if I have my phone, wallet and keys I’m good. So mostly it’s “some stuff that goes in a shoulder bag,” which means that when I’m old and have back and shoulder problems, I’ll know why.