Every experience of food and drink is affected by context; the feeling, the people present, the moment. Sharing a scotch, that most ‘adult’ of adult beverages, with your father is a special moment that acknowledges the status of your relationship to each other as adults while promoting a certain intimacy that pays homage to the enduring legacy between a father and son. A bottle of scotch is a gift that can commemorate the moments you’ve shared and celebrate those yet to come. What better for Father’s Day? This guide will help you pick the perfect bottle - because it’s easier than you think to find something you’ll both love.

There are 80+ distilleries in Scotland, but the majority of the whisky is blended together and with other grain whiskies to turn out big-name “blended” bottles like Johnnie Walker or Chivas Regal. While some of these blends (such as Johnnie Walker Blue Label) are prestigious and tasty, most connoisseurs prefer to experience each distillery’s product unblended – termed a “single malt.” Single malts come in many styles, and there is a scotch for every taste. Not every scotch tastes like a seaweed campfire! Learning about the few basic styles is an essential precursor to Styleforum’s four tips for choosing that special whisky.

The simplest indicator of the style of the whisky is the region where it was distilled:


Now that you’ve grasped the basic styles, let’s move on to the ways you can use that knowledge to choose that special scotch: 1) Go Older; 2) Mix up the Finish; 3) Choose an Independent Bottling; 4) Find a Silent Still. 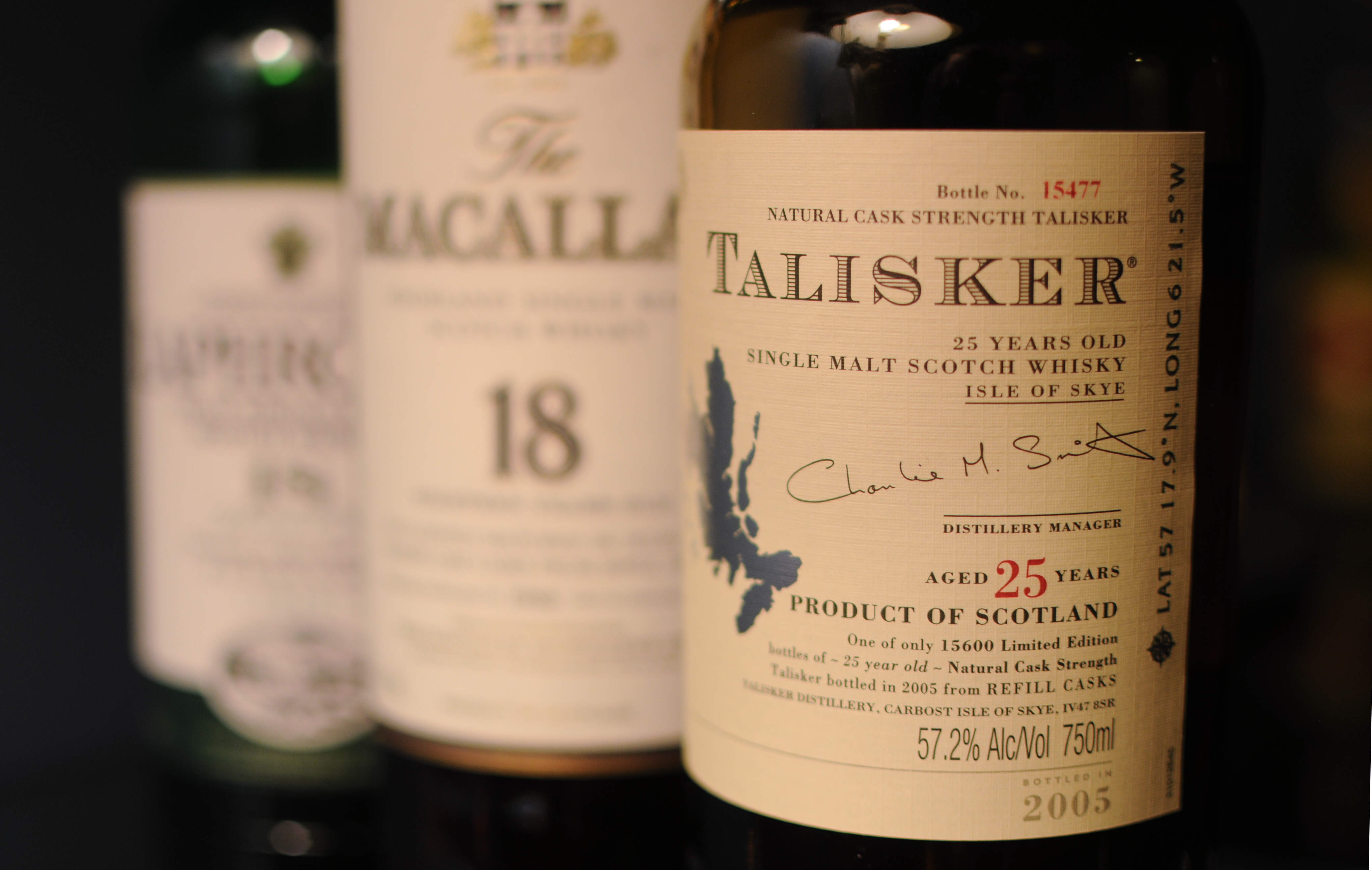 Most single malts are aged in a cask for 10-12 years. If your dad loves a particular whisky - say Talisker - which is usually aged for 10 years, choosing an older “expression” (what distilleries call their various offerings) is a great option.

Older whiskies mellow with time in cask, and take on more flavor from the oak and more of the ‘taste of place’ – what wine enthusiasts call terroir – as the porous oak casks breathe throughout the seasons. Most enthusiasts would say that 18-25 years is the sweet spot for many whiskies, and the age beyond which you don’t want to go without specific knowledge of the spirit you are choosing. An 18-year is a fairly common “reserve” level expression that can be found for reasonable money from all but the best-known distilleries. 21’s and 25’s can get pricey, although the Glenfarclas 21 is a notably great buy.

Mix up the “Finish” 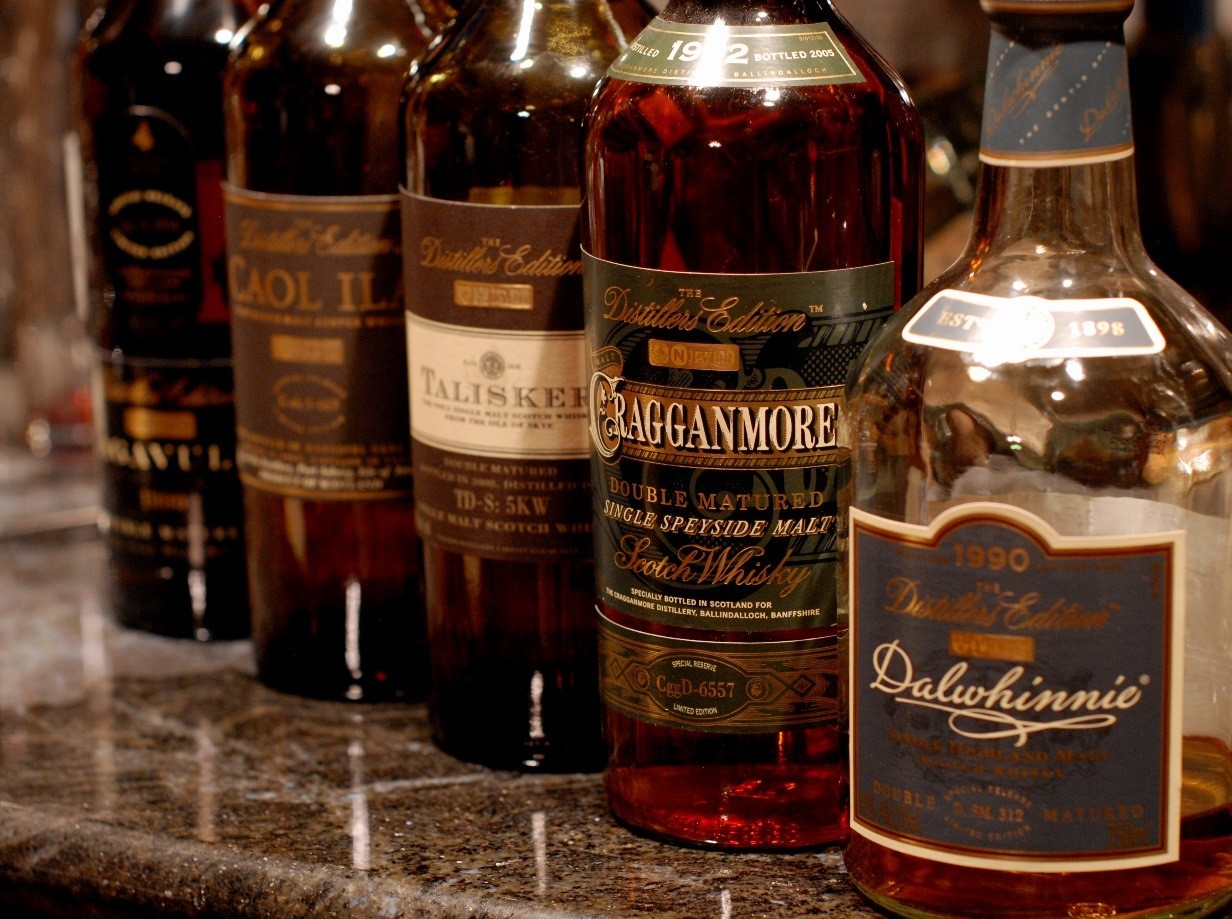 The interaction between the style of the spirit and the barrel in which it is matured gives scotch its majesty. Scotch is commonly aged either in once-used bourbon barrels or sherry casks. Bourbon barrels lend mild vanilla, toffee, and caramel notes to the spirit; sherry casks bring sweet, nutty overripe apricot and banana flavors. While both of these traditional choices make for excellent whisky, one of the most influential trends in scotch today involves “finishing” the whisky with a secondary maturation in used barrels of other types: red Burgundy wine, sweet Sauternes, rum, and fortified wines like port and sweet sherries. These finishes are a great way to customize your gift for Dad by choosing a finish that matches his taste. Diageo offers an excellent “Distiller’s Edition” line, which are finished expressions of some classic malts. Glenmorangie has similar projects, as do Balvenie with their DoubleWood and Auchentoshan with the Three Wood (bourbon, then two types of sherry). 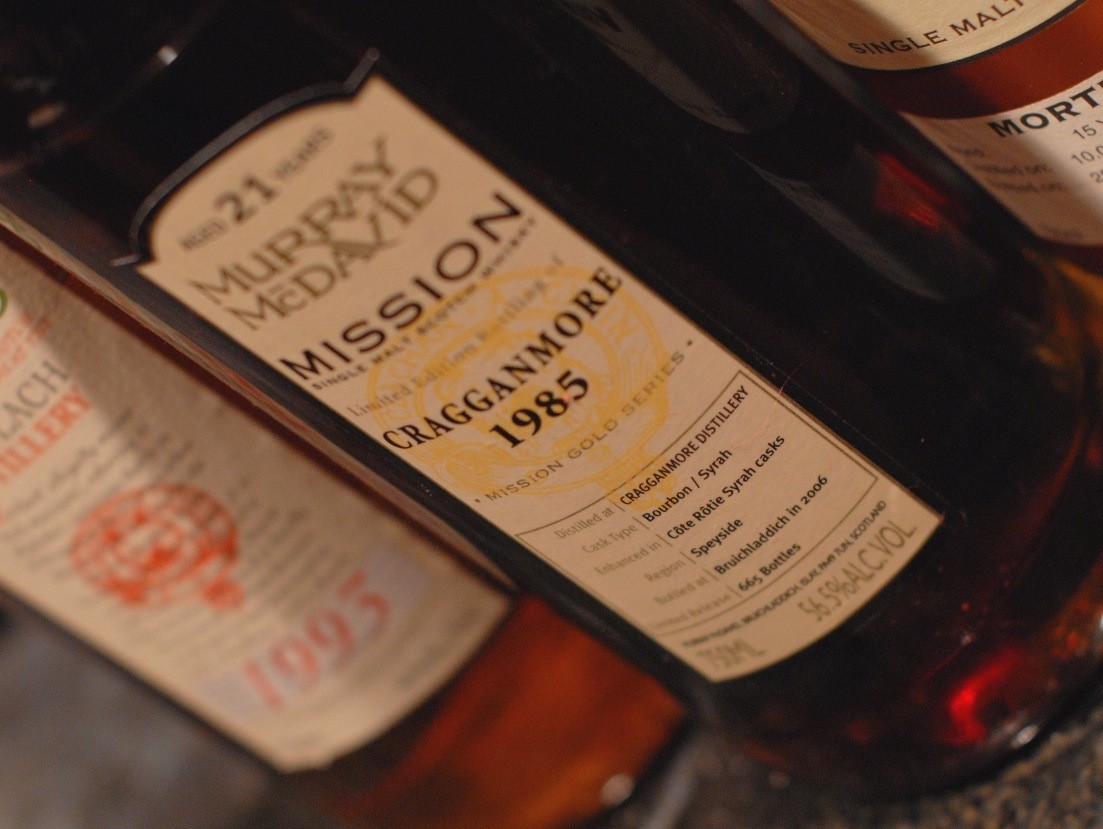 While most single malts are official bottlings released by the distilleries themselves, a number of so-called independent bottlers buy whole casks of young whisky which they then age in their own barrels and release under their own brand (usually referencing the original distillery on the label). Independent bottlings are an opportunity to get older expressions of popular whiskies for less than you would find the equivalent “official” release, or to find finishes that are never released officially. The supply of these whiskies is often limited and the quality can be variable, but they offer the greatest opportunity for a unique gift. Respected independent bottlers include Murray McDavid, Gordon & Macphail, Douglas Lainig, and Cadenhead’s – look for a bottling from a distillery that matches the style and finish you want. 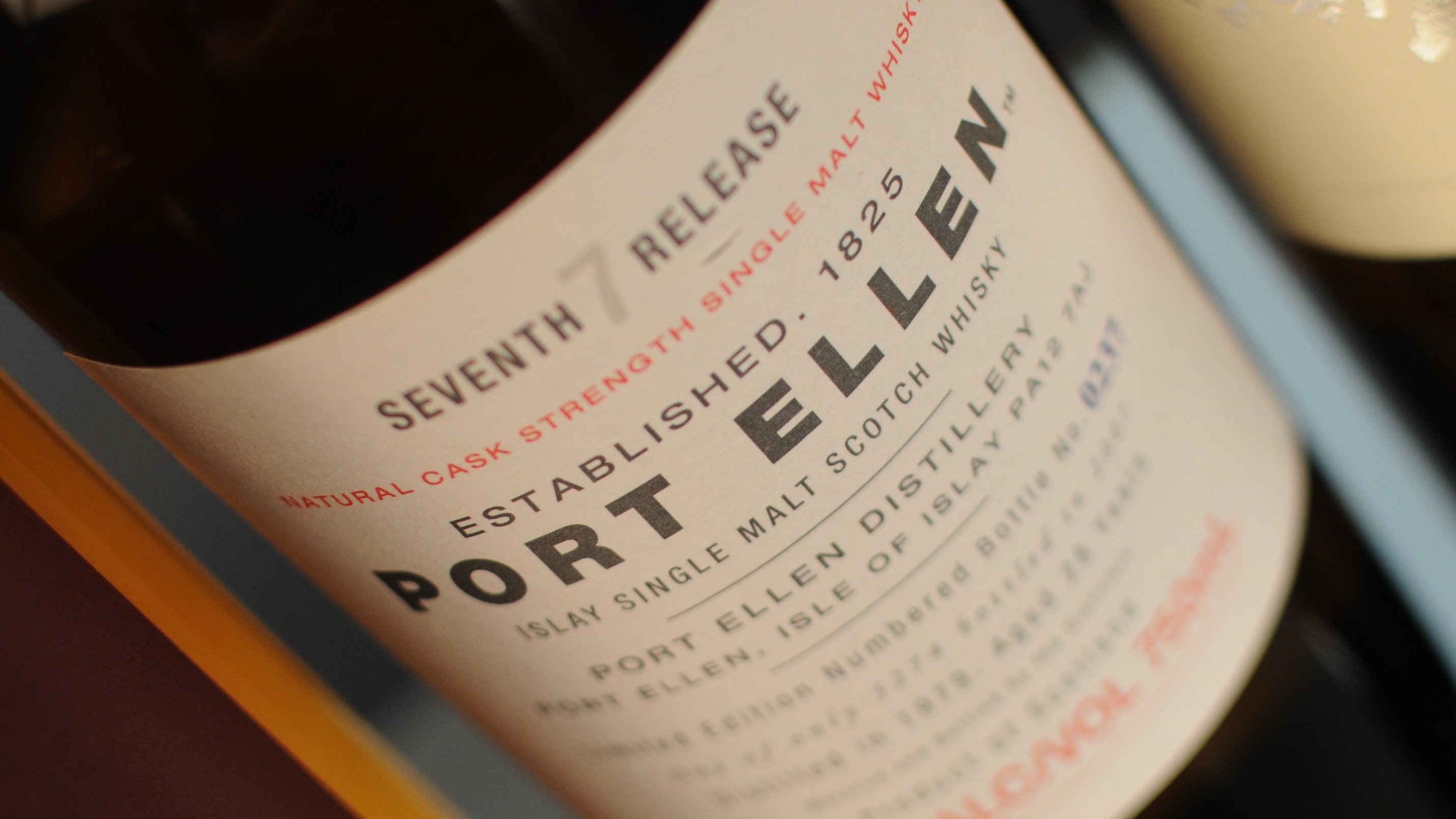 The high roller option is to buy a whisky from a distillery that has permanently closed - a so-called ‘Silent Still.’ This option should be exercised with care, as some distilleries closed simply because they weren’t that special (or good!). Bottles from the best of the silent stills -- Brora, Rosebank, St. Magdelane, Littlemill and the fabled Port Ellen – command high prices. But they are like drinking from a timecapsule. You may be lucky to find a bottle forgotten on the shelf of a liquor store, but a surer way is to buy from a trusted purveyors, like K&L Wines in San Francisco, Park Avenue Liquors or Astor Wines in New York, or Royal Mile Whiskies in Edinburgh, Scotland.