1. Frederique Constant Slimline Moonphase
Steel Retail: $3,695
Gold Plated Retail: $3,995
Perhaps a little big at 42mm, this watch offers a classic looking moonphase with nicely angled lugs which help make it wear a bit smaller. It also offers an in-house movement. Frederique Constant developed modular movements to help keep their cost down and make in-house movements more accessible. I’m not a huge fan of the onion crown, but I also can’t argue with the value presented here. The movement is nicely finished for the price and is a great option as a “poor man’s JLC MUT Moon”. 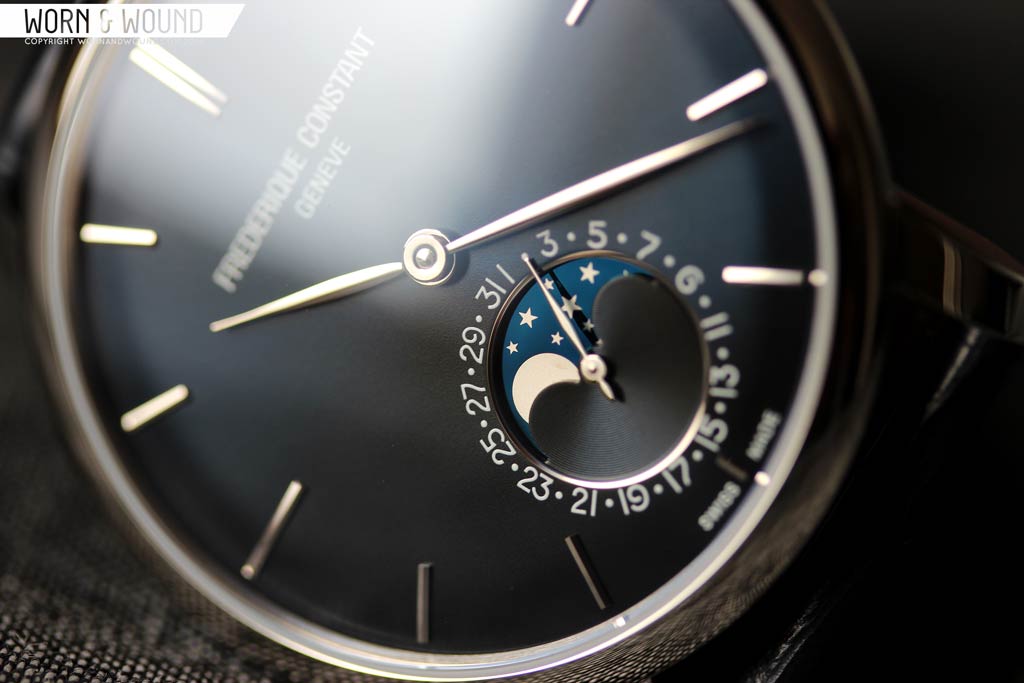 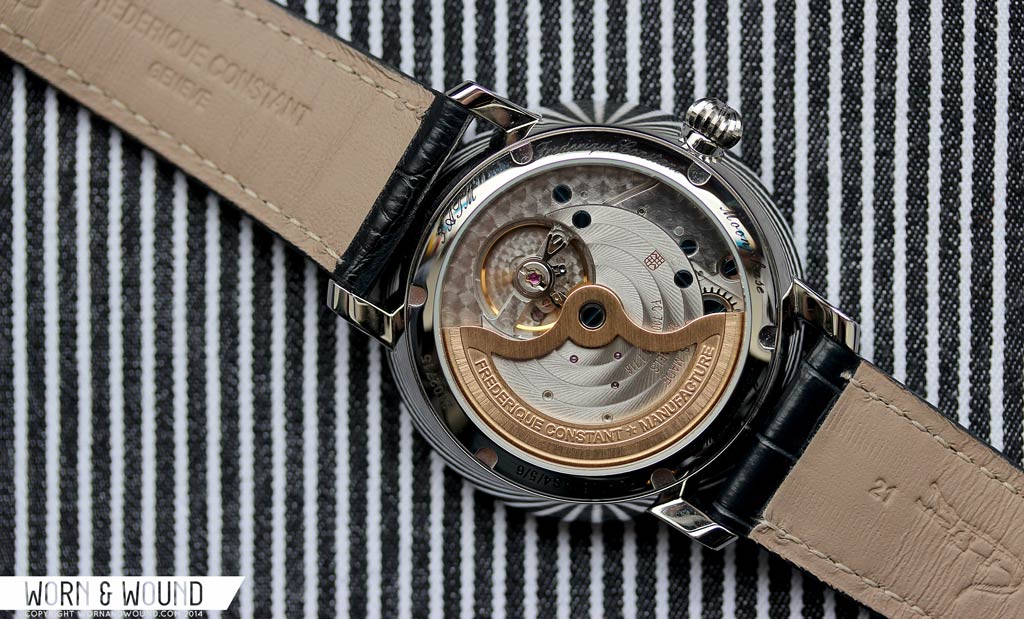 2. Nomos Glashutte Orion
35mm Retail: $2,360
38mm grau Retail: $2,620
This is probably my favorite Nomos watch on the wrist because it’s the only one where the lugs truly look right on me. With the announcement at Basel that they will now be using a true in-house escapement, and incorporating it in the older models, and I’m not sure it gets better for their price range (and I’m pretty sure they were already at level before the new escapement was announced). The shell cordovan straps that come with each watch are also quite a nice touch.Some people will complain that the alpha movement in the Orion, despite being an in-house manufacture, is based on the Peseux 7001. I prefer the 35mm because of the location of the small seconds; it looks a bit off on the 38mm. I own the 35mm in rose (my wife’s daily wearer which I’ll steal for formal occasions), and find it absolutely stunning and a complete steal for the final price I paid. The pictures below are of the 38mm model. 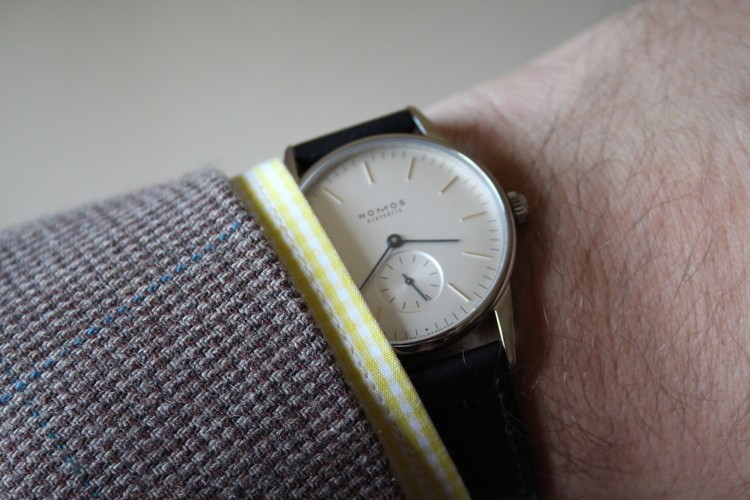 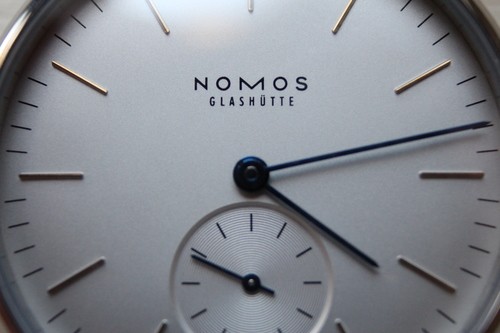 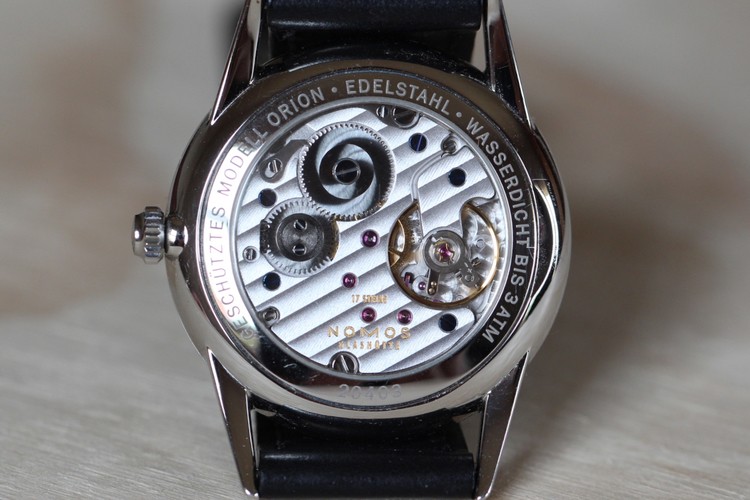 3. Cartier Tank Solo XL
Retail: $3,700
This is a no brainer. It’s a classic, iconic design dating back to 1917. The only knock on it would be the ETA movement, but the classic design, history, and price should more than make up for it. 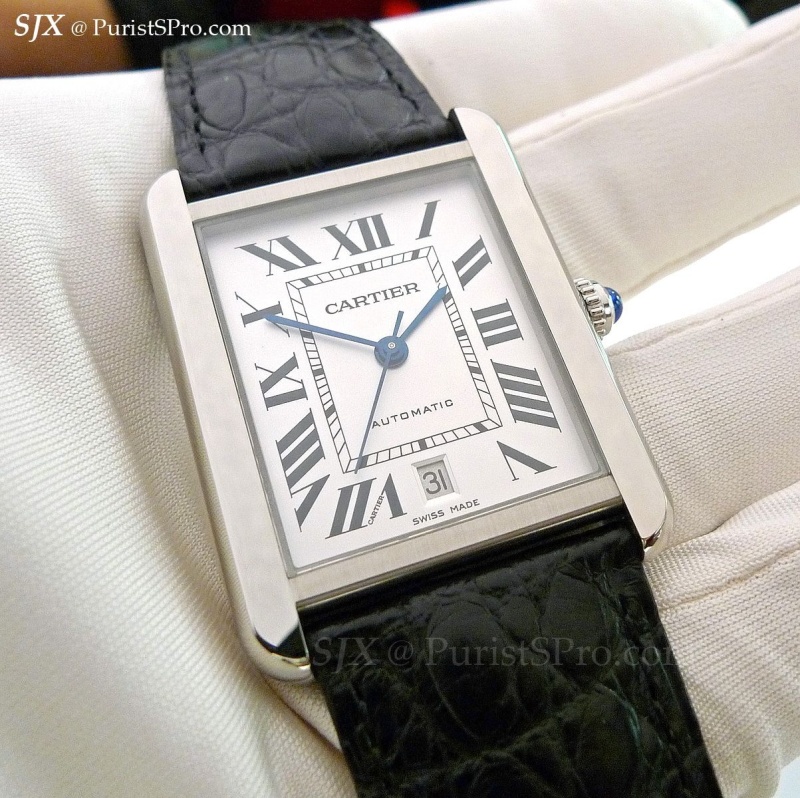 4. Longines Conquest Heritage 1954-2014
Steel Retail: $1,850
Gold Retail: $5,500
Okay, so the gold is a bit over budget, and even though it would be my clear choice here, the steel version is still pretty cool. It’s a new watch announced at Basel this year, and it looks to be very well executed. It certainly backs up its “Heritage” name with its size (35mm) and dial design (yum, pie pan). I just really like seeing a tribute style (to it's own original version in 1954) watch get it right for once. It's the only watch on my list I have not tried, but it's something that is on my radar. I think I'd still prefer a vintage pie pan Constellation from Omega, but if I couldn't find one, this would take it's place and I doubt I'd ever look back. 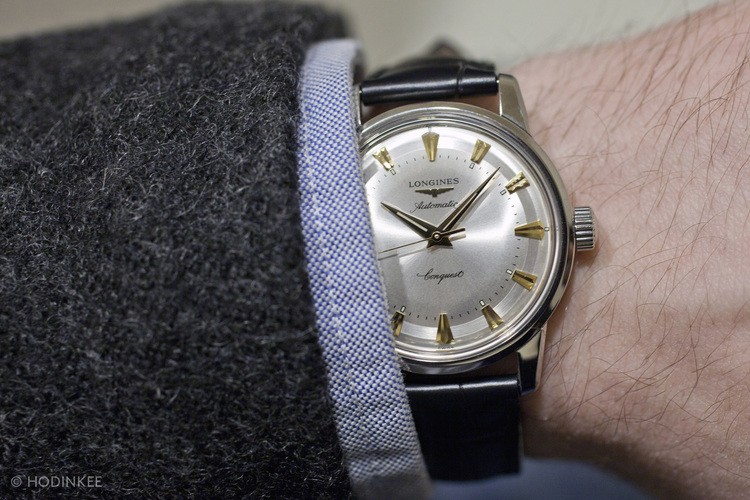 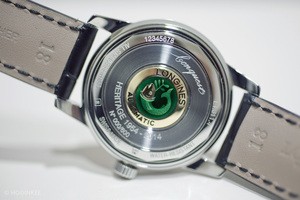 5. Nomos Glashutte Zurich
Retail: $4,200-$4,770
Everything I said above about Nomos still applies here, except you have no knocks on the movement in this watch. This would be for the guys with bigger wrists, or the guys who prefer slightly larger watches (it's still only 39.7mm, but wears large). It uses their Epsilon movement, which is their automatic caliber. Like every other movement, it is beautifully finished. I don’t have a bad thing to say about this one except that it does not quite fit my wrist unfortunately; which ultimately kept me from purchasing the world timer version of this line earlier in the year. The pictures below are of the $4,770 variant. 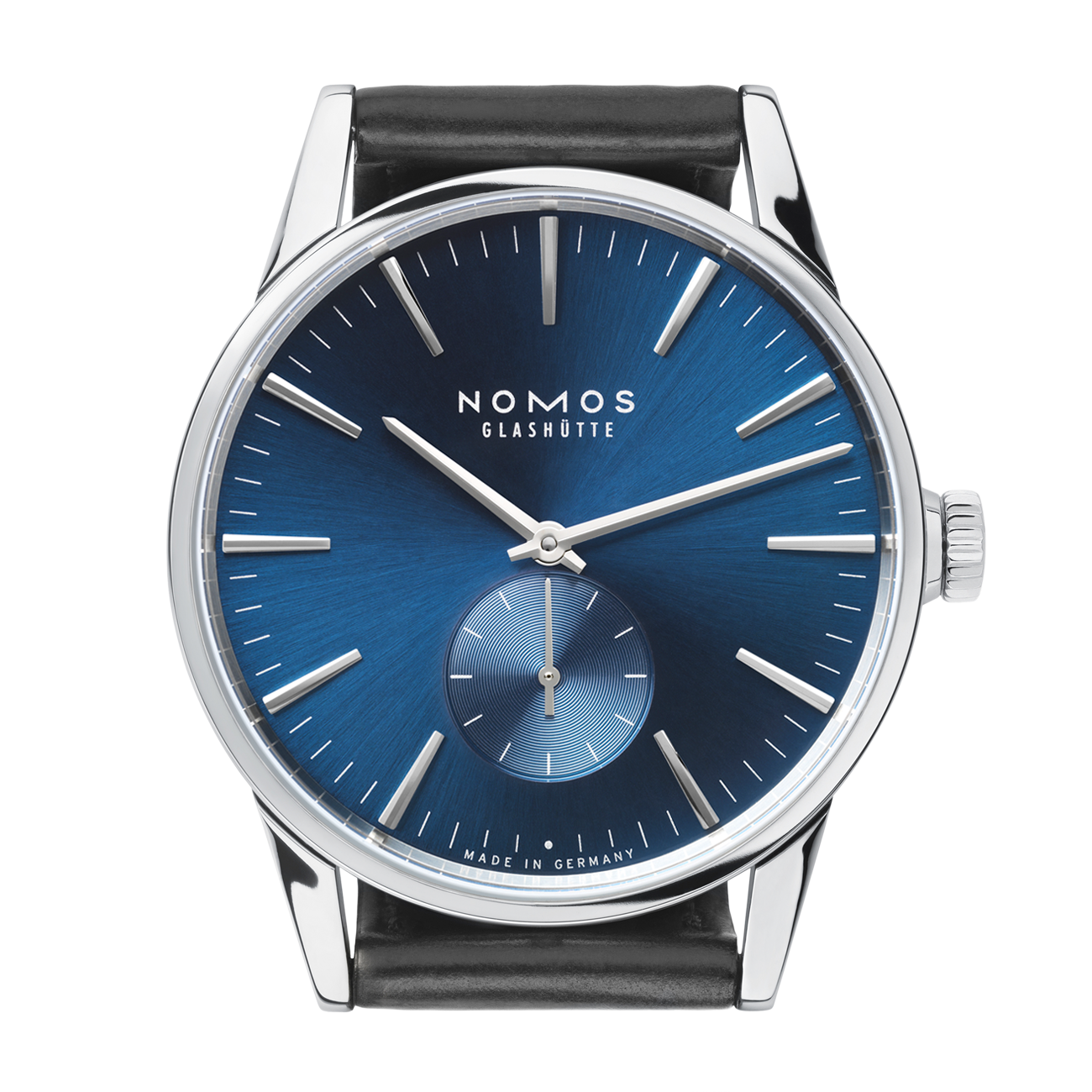 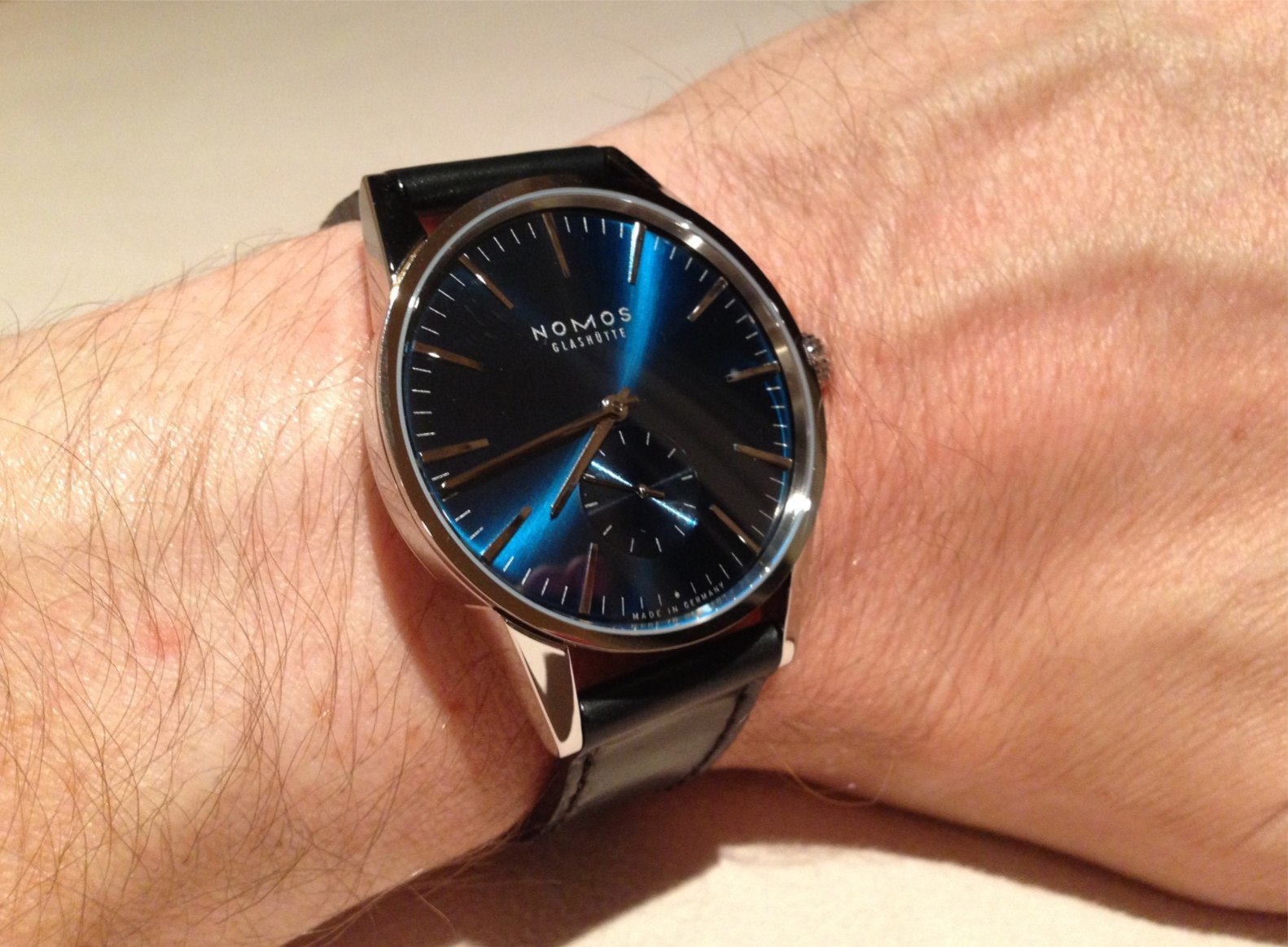 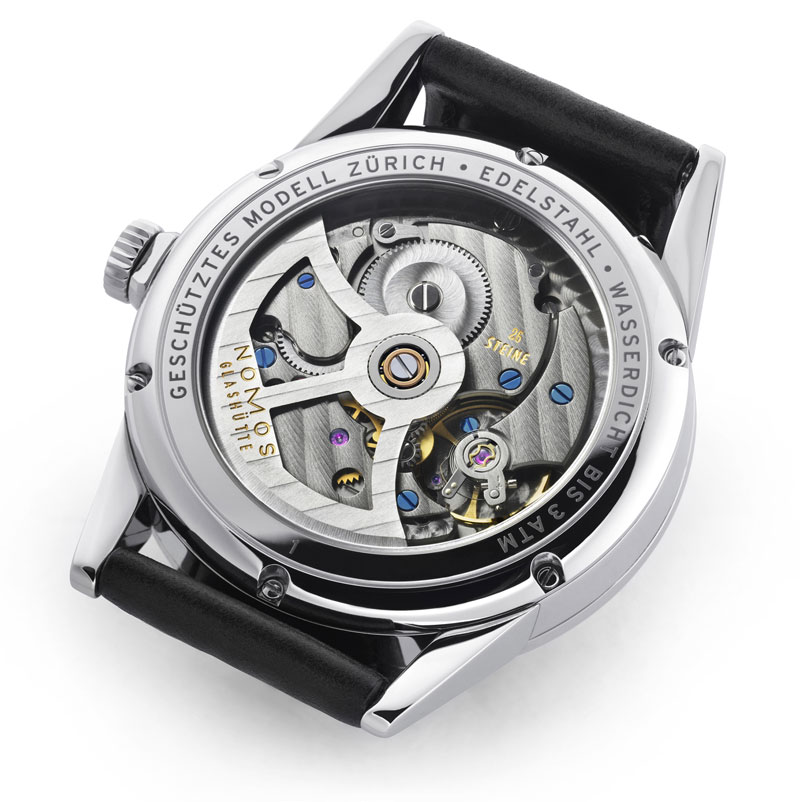 I'm glad to see some NOMOS love among the bigger brands. My daily beater is the NOMOS Ahoi, which some might feel is a tad big for a dress watch, but I feel it's excellent both as a dress and casual watch.
You must log in or register to reply here.
New posts