In the Details: Lucian Föhr 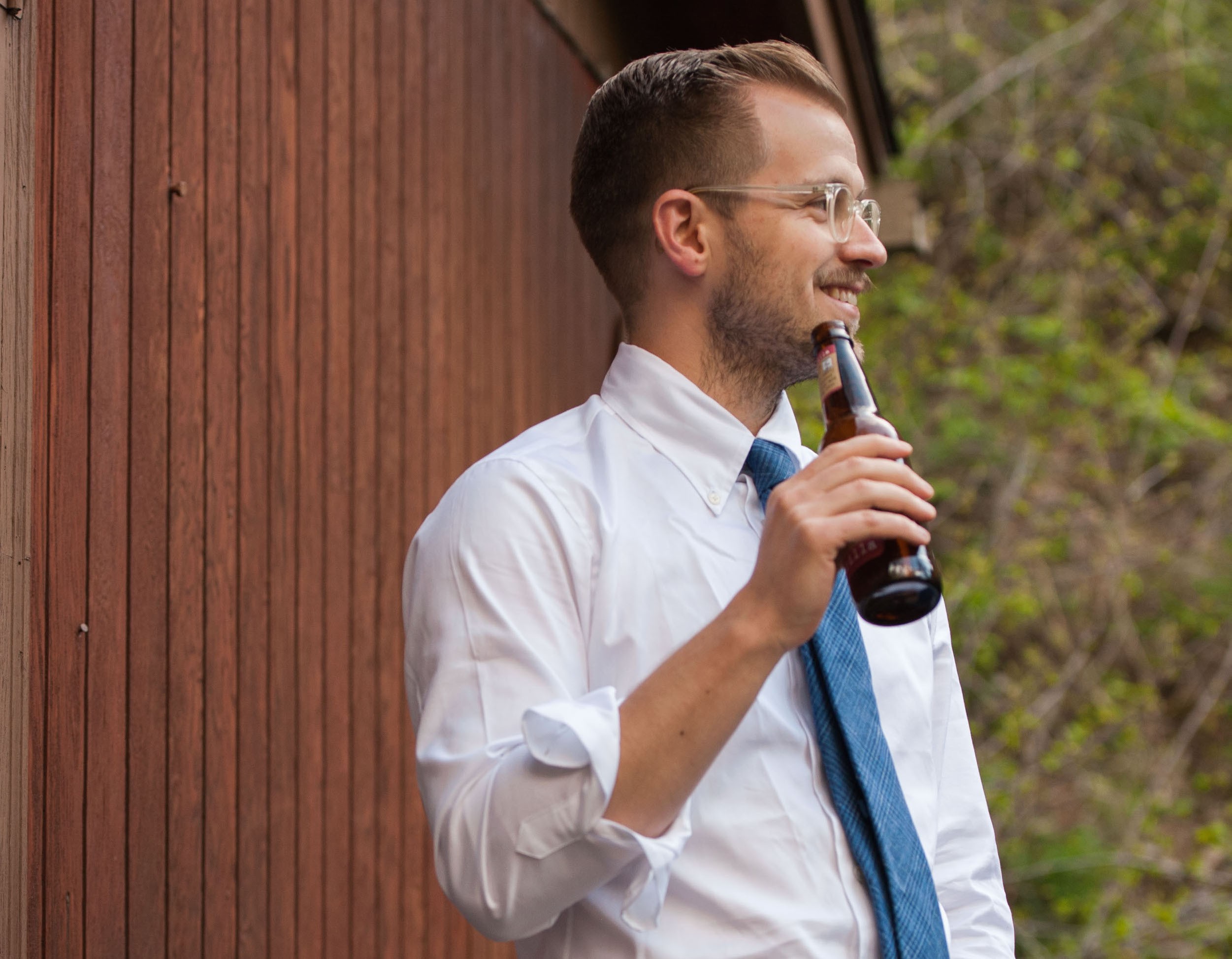 
Lucian Föhr is a graphic designer, and the co-founder and Chief Product Officer of Ello.co. He’s also one of my oldest friends, and the guy with whom I shared a lot of hare-brained teenage automotive adventures; none of which resulted (thankfully) in death or dismemberment.

He spends his limited free time biking, driving, and restoring his 1970’s cabin in the hills outside Boulder, Colorado, where he lives with his girlfriend, dog, and three cats. Sometimes the cabin has power. Sometimes he sees bears.

He was also generous enough to share his great automobiles for our GMTO editorial, which really started as an excuse for the two of us to get out in the canyon, go for a drive, and get some great pictures courtesy of Ian. His daily driver is an Audi S4 wagon, while the BMW 2002 operates as part-time bicycle and dog transport and the 911 SC is reserved for weekend adventures.

2.Does your work in graphic design have any influence on your style?
I would imagine so. I like to keep things neutral and minimal. Too much detail is a real turn off for me. 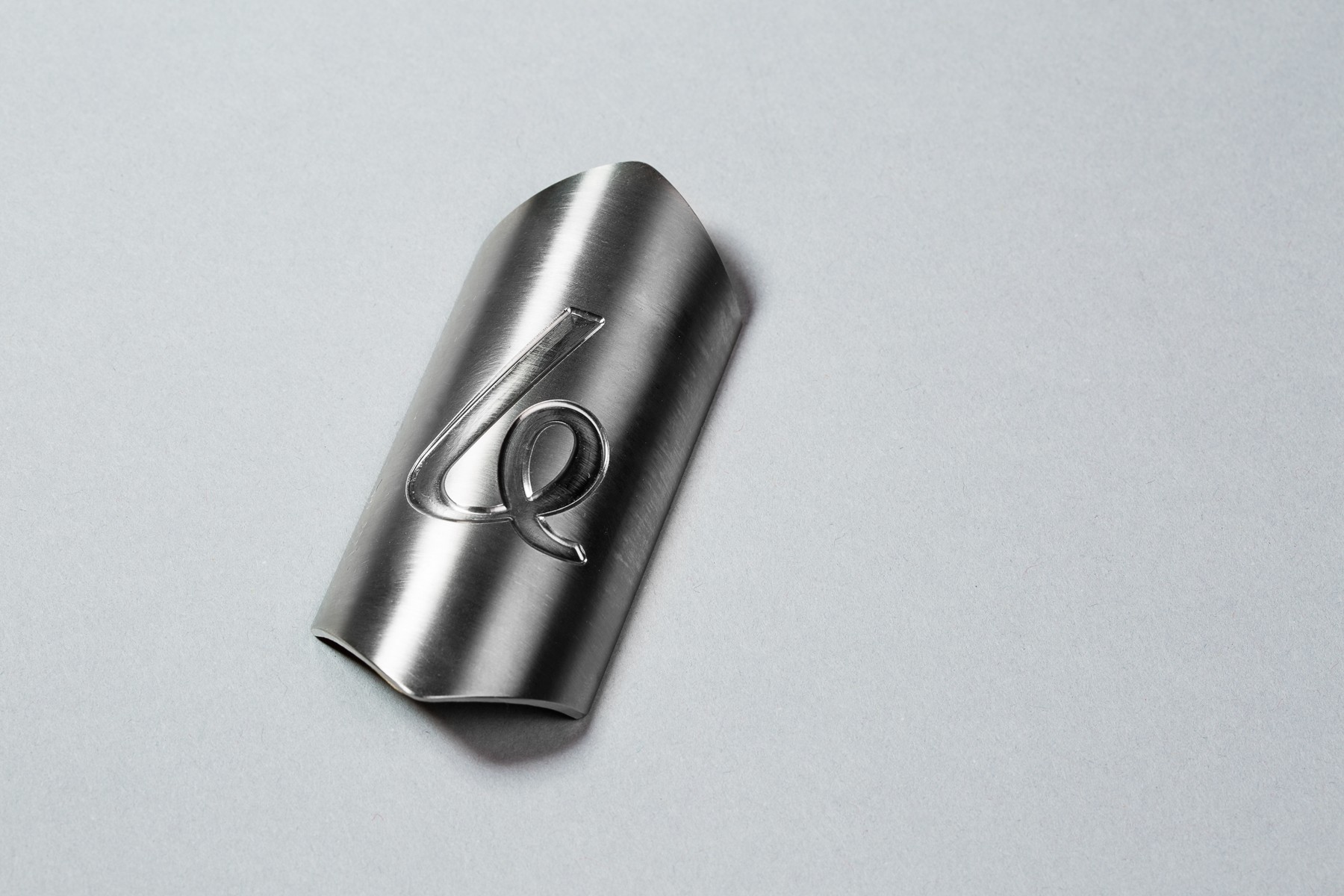 
3.Do you have any heroes or role models, stylistic or otherwise?
Yes, I have many - but not so much in the fashion world. I always respect people that stick to uniforms. From Steve Jobs to Massimo Vignelli. And I love everything Dieter Rams does.

4.What are three things you couldn’t live without?
Design, cars and bikes.

6.Why cars?
They make all the right noises. 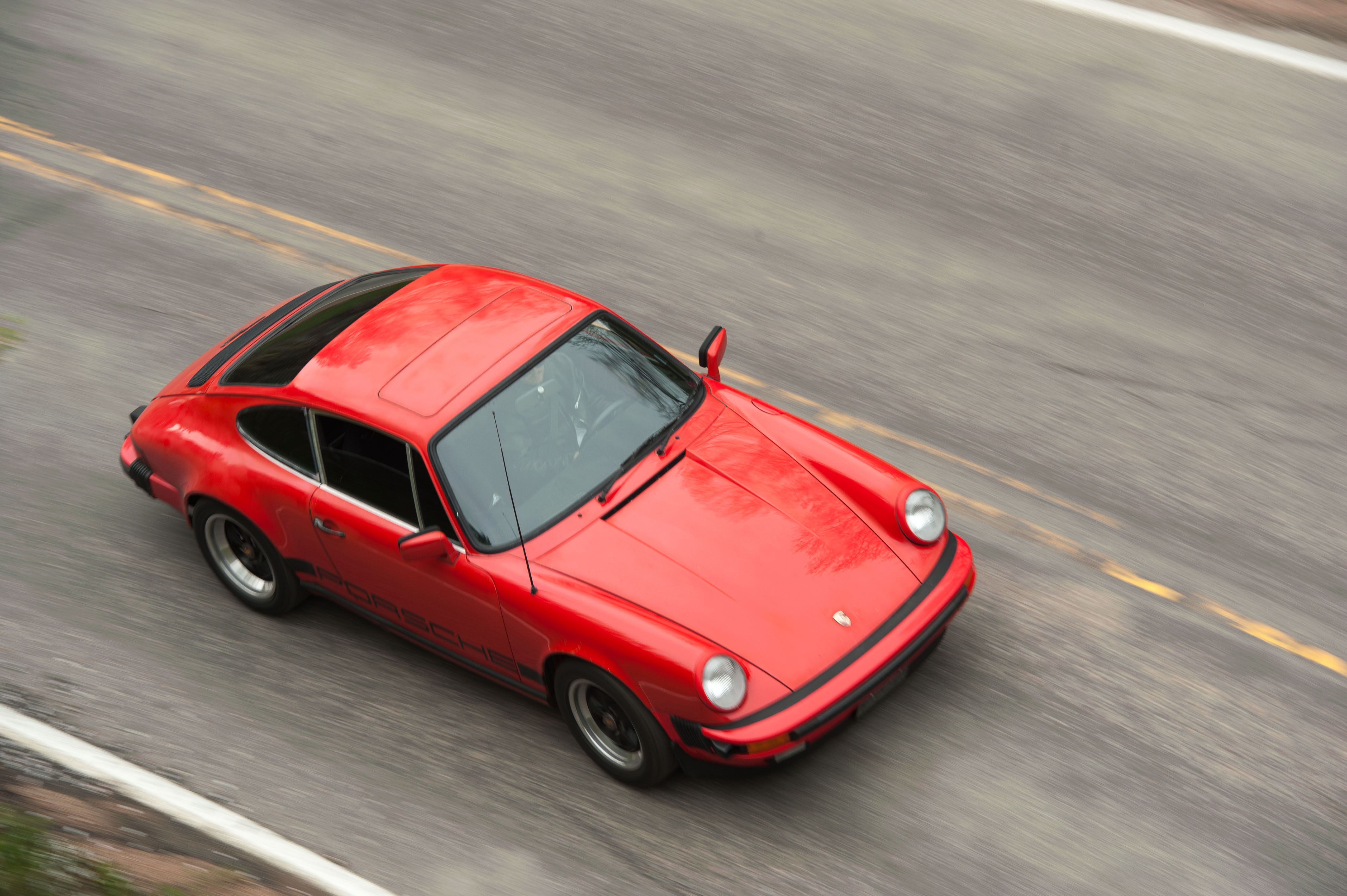 Lucian's 1980 Porsche 911 SC. This one definitely makes the right noises.


7.Do you have a uniform?
White v-neck, khakis, triple black sneakers.

8.What’s the favorite piece in your closet?
If you really wear a uniform, you can’t have a favorite right?

9.Besides cars and design, what are your passions?
Mountain biking, climbing, fixing up the cabin, and hanging out in the mountains with my girlfriend and dog. 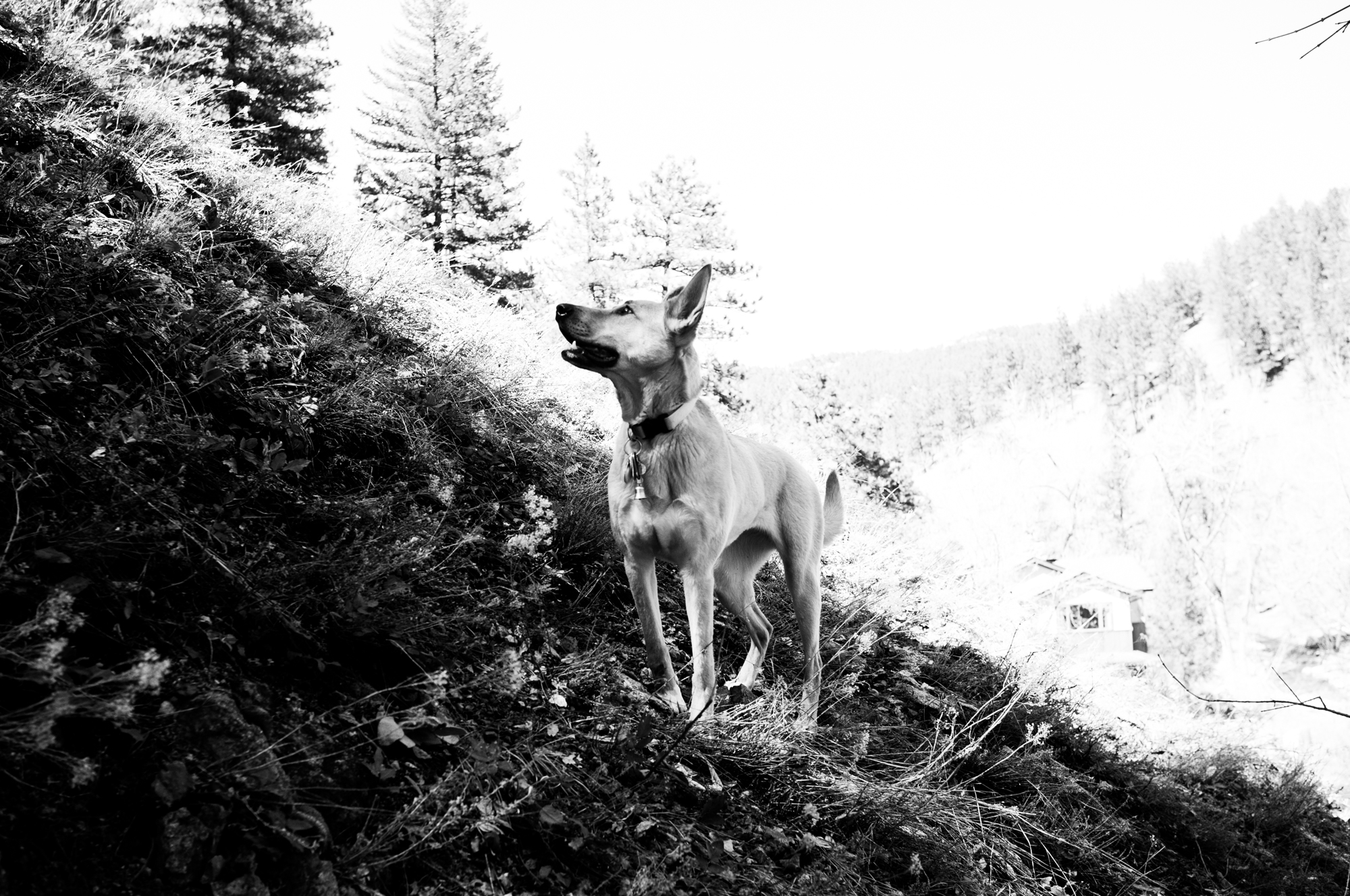 Miss Moneypenny - an excellent companion, but not much of a bear deterrent. Photo: Lucian Föhr


10.What’s going in the garage next?
I’d love another air-cooled Porsche. I like to work on them and tinker, but mine is too original to mess with. There is also tons of work I want do to the 2002. The real questions is: where is the next garage? 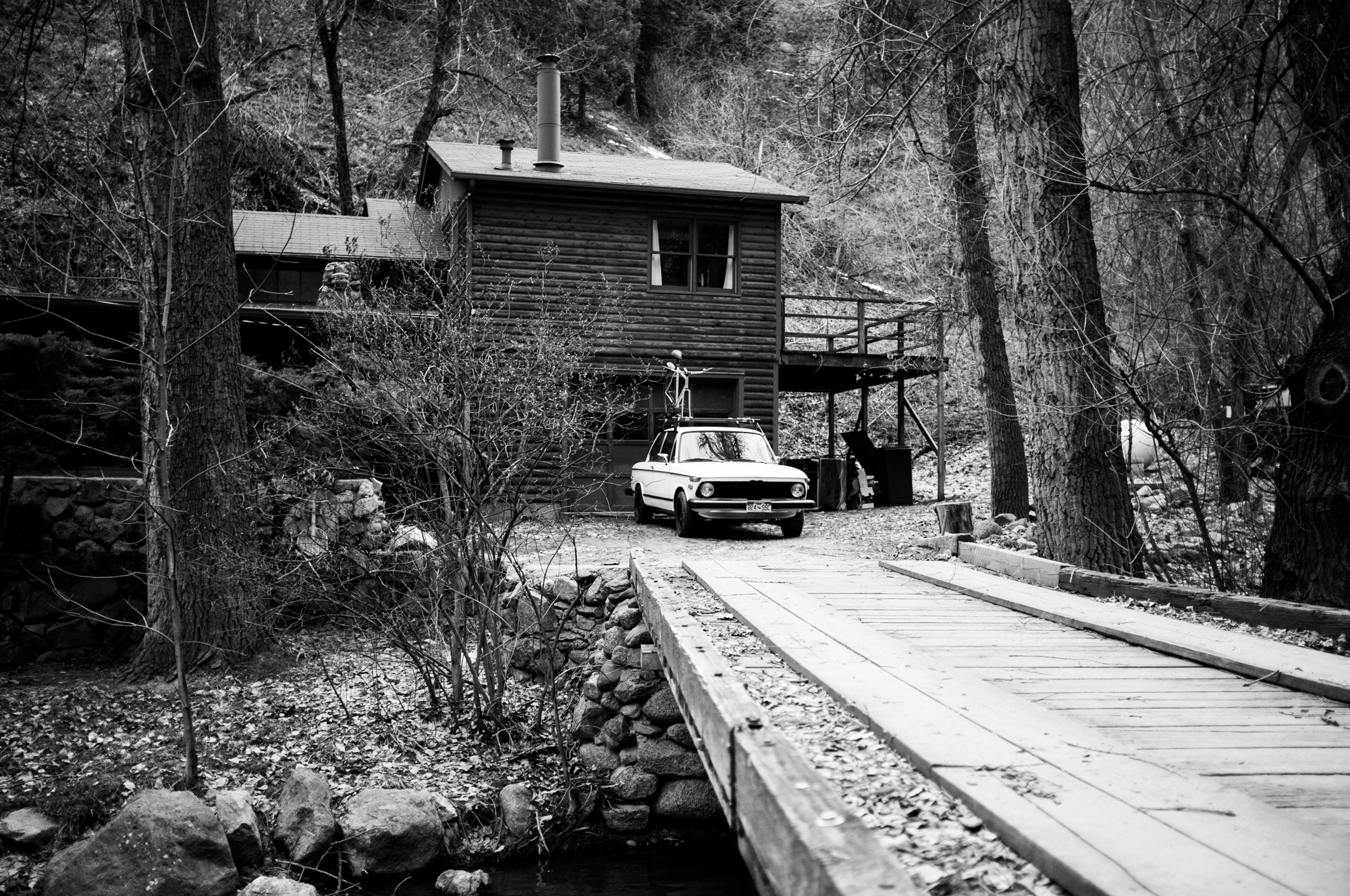