How to Survive the Holidays with Your In-Laws, or Whatever you call the Unmarried Version of In-Laws 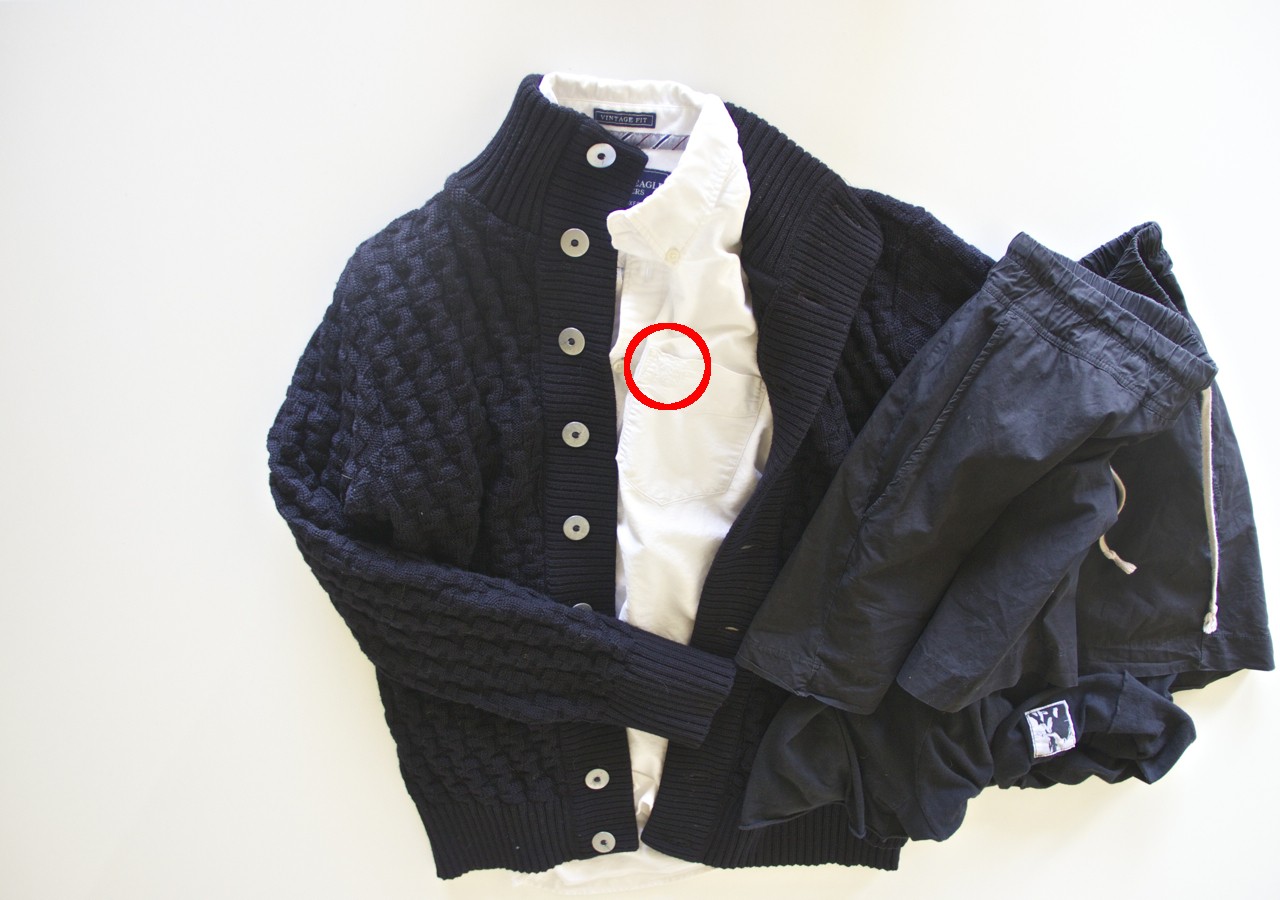 Four years ago, the first interaction I ever had with the mother of my significant other went something like this:

“Where do you work that they let you dress like that?”

It was a Saturday, and we were in a Target parking lot. At least no one was going to mistake me for an employee. Since then, my cold-weather wardrobe has grown to include staples like leggings, shredded sweaters, and layered Rick Owens man-skorts that are really confusing for flight attendants (look: just because you showed me how to buckle my seatbelt does not mean it’s okay for you to touch my skort. Give me some extra pretzel packets, because I know you’ve got them back there somewhere and I’m not going to buy your stupid tapas platter). She got off easy with tight jeans.

The holiday season (which begins on October 26th and lasts until the end of March), often means being in close - even extended - proximity to your in-laws, or whatever we call the unmarried equivalent. Dressing yourself appropriately can be difficult, unless you happen to have hunting camo, black tie, and a sarong in your closet. Invariably, my SO - who is not a lover of Rick Owens or man-skorts in general - tells me to “Look Nice” for holiday gatherings. Panic, then resignation: I stumble blindly through drawers full of knee-length tees until I find the single white American Eagle button-up shirt I’ve owned since high school (I got my mom to remove the logo for me). Then I look in the mirror at increasingly obscure angles in a vain attempt to convince myself it’s neither too small nor too ratty.

The peanut gallery will have questions; probing barbs and sneers that begin and end with “I’m into style, not fashion,” or “Why’s the hem frayed? That’s cute” (n.b. this behavior not limited to in-laws). This is your chance to impress with a snappy comeback about the offending party’s state of inebriation and your inherent genetic and intellectual superiority. Follow the riposte with a winking sip of holiday libation - think Han Solo, shooting first. I prefer to smile uncomfortably, shrug, then violently spill - ideally shatter - a full wine glass. Make sure to bemoan your unfair treatment to your partner several hours after the fact - tell them in detail what you would have said if it hadn’t been a family dinner.

And then it happens. You’re trading glances with your S.O., wondering when it’s socially acceptable to retreat to your bedroom and lie face-down on the floor with the lights off, when someone says - and you can’t tell if they’re mocking you - “Hey, nice sweater.” Clench your sphincter, because you know exactly what’s coming next: a sneering “How much did that cost?”/ “Where did you get that?”/“Is that some designer thing?”

You could explain that you spent upwards of sixteen hours comparing the body types of internet strangers in an effort to figure out your size, that you waited and waited and waited for an anonymous enabler to post a discount code in the Offical Sales Alert thread (bonus: you’ll get to explain a “forum” and a “thread”). But how could they know the orgasmic joy of clicking “Buy Now;” the manic need to check the shipping progress every twelve hours until the sweater arrives from Sweden, 3-5 business days later? And you could never put into words the heated, frantic rush to try it on with every single piece of clothing you own (“it looks great with this Rick Owens man-skort!”), or the disappointment you feel 3-5 business days after removing the tag, when you are unable to get someone to buy it from you for the same price you paid, because no, it really doesn’t go with that Rick Owens man-skort.

One day I’ll manage it. I’ll leave the table stunned at my passionate outburst, at my red-faced, sweating visage; awe them with my unabashed love for a beauty that they can never comprehend. They’ll clap, slowly at first, and then a torrent of applause will drown out the spluttering naysayers, and as the curtain falls I will raise a single fist, triumphant, to the heavens. Until then, I’ll stick with the Styleforum standby:

[Sotto voce] “I don’t remember. It was a gift from a thrift store on sale twenty years ago.”

Very sorry to say this, but the 'guide' articles in this newsletter are lame, and not helpful. Is this what Styleforum is about, then — all style and no substance?
^did you mean to log in to substanceforum? easy fix.
perfect
tl;dr:
(1) Wear cartoonish Rick Owens stuff designed solely to draw attention to the wearer.
(2) Document your anguished struggles with all this unwanted attention.
(3) Profit?
"Out-laws"?
You must log in or register to reply here.
New posts