David Looks Back at Pitti Uomo 88

Menswear is booming. Sales are growing. Men now have their own fashion week in New York. NBA stars are showing up at fashion shows. Kanye isn’t just showing up, he’s actually doing his own fashion shows. Pitti Uomo, menswear’s longest-running trade show, has been growing along with the menswear market, both in the number of attendees and media coverage.

Or had been growing, at least. While at January’s Pitti Uomo the main pavilion was busier than a plaid jacket with a gingham check shirt, this summer’s meeting was decidedly more subdued. No brand was willing to tell me, even off the record, that sales were not going well. But I heard plenty of comments about attendance being down.

There were still hordes of brands there. Kind of like season tickets for sports teams, Pitti gives each brand dibs on the spot that they had at the last show, but this right of refusal goes away if the brand ever skips a season. So if you want to be sure to keep your spot every fall, you’ve got to come every summer, too.

The theme this time around was “That’s PittiColor!” but if anything I thought palettes had calmed down a bit. Where a year or two ago, everyone was wearing “fun” socks, now it’s no socks at all. The peacocks left their most brightly colored feathers at home, and instead wore tans, creams, and browns. Even Isaia, which usually presents a riot of color, included a series of looks in neutral colors. 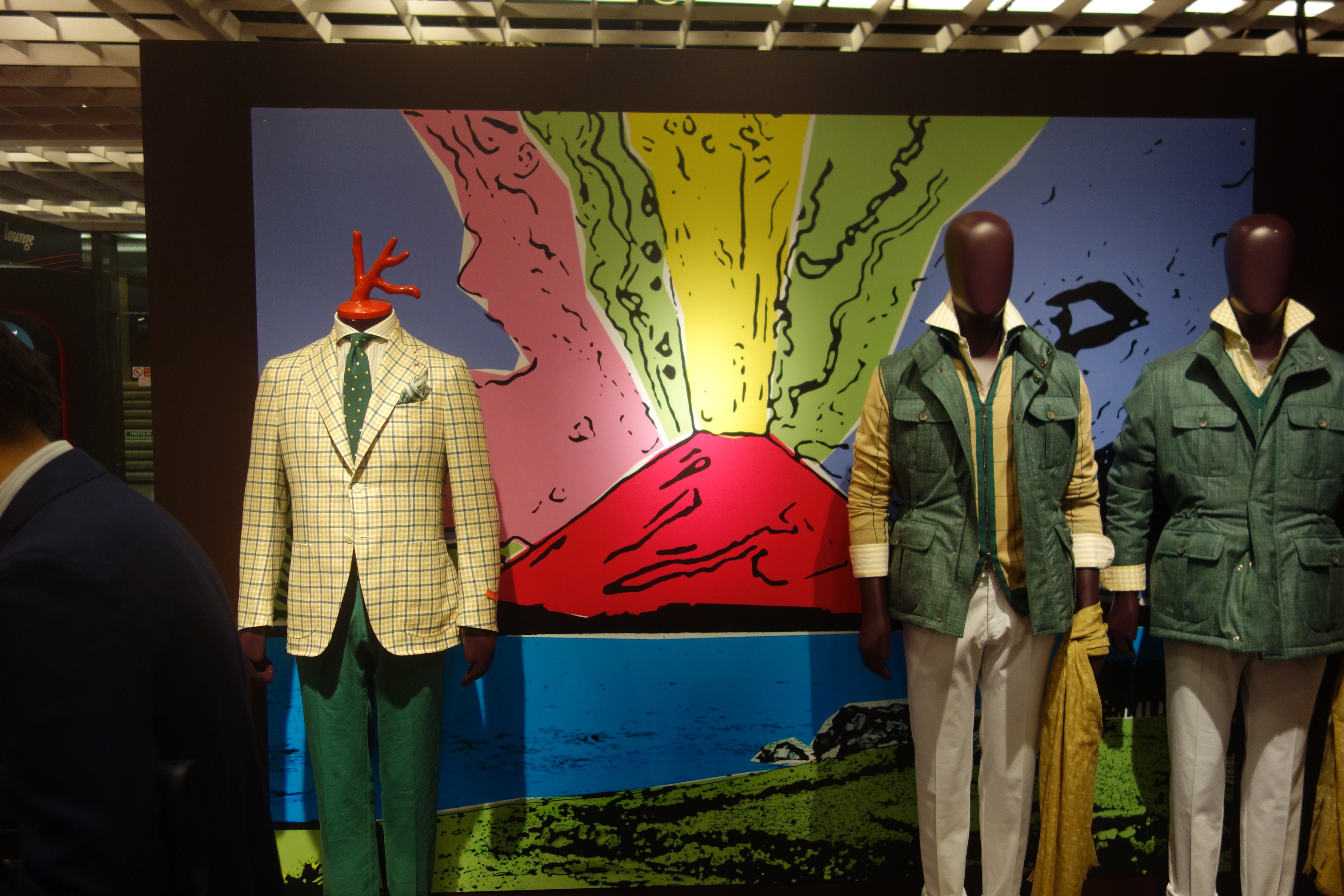 Of course, you can’t win reblogs and influence sheeple with any old tan suit. It must be a new tan suit. Preferably double-breasted, with a snug fit, and worn with a Panama hat. Slip on a pair of loafers, and you’re a well-chosen necktie away from winning yourself an Internet. 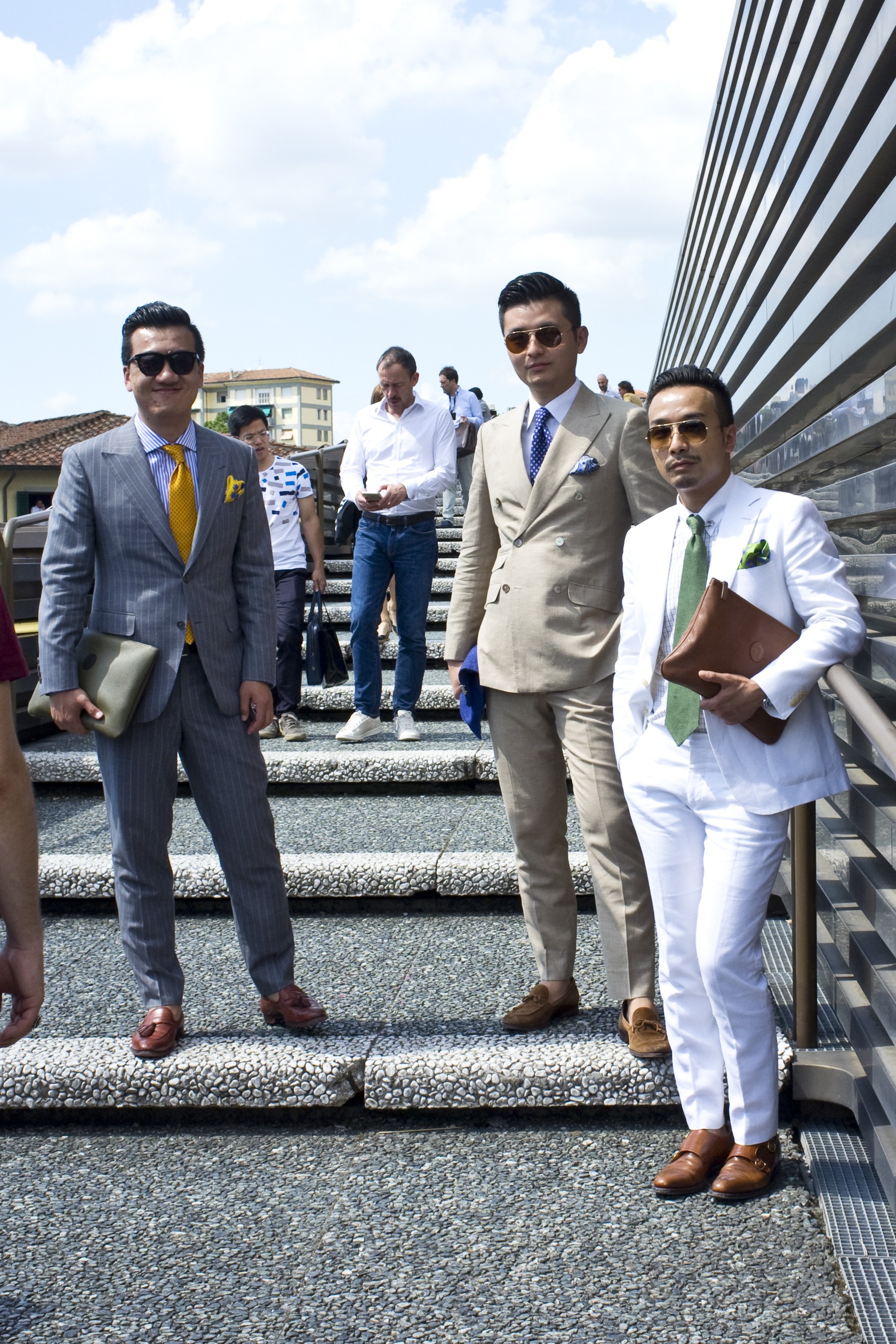 Yes, this is toned-down Pitti

But again, the field of competitors for the much-coveted Internet was a little thinner this time. The summer show is usually smaller than the winter one. It’s obvious when you think about it, but people wear fewer clothes in the summer. Try as stores and brands might every season, not a lot of outerwear sells in June. And there isn’t enough sandal and swimwear revenue to make up for it. 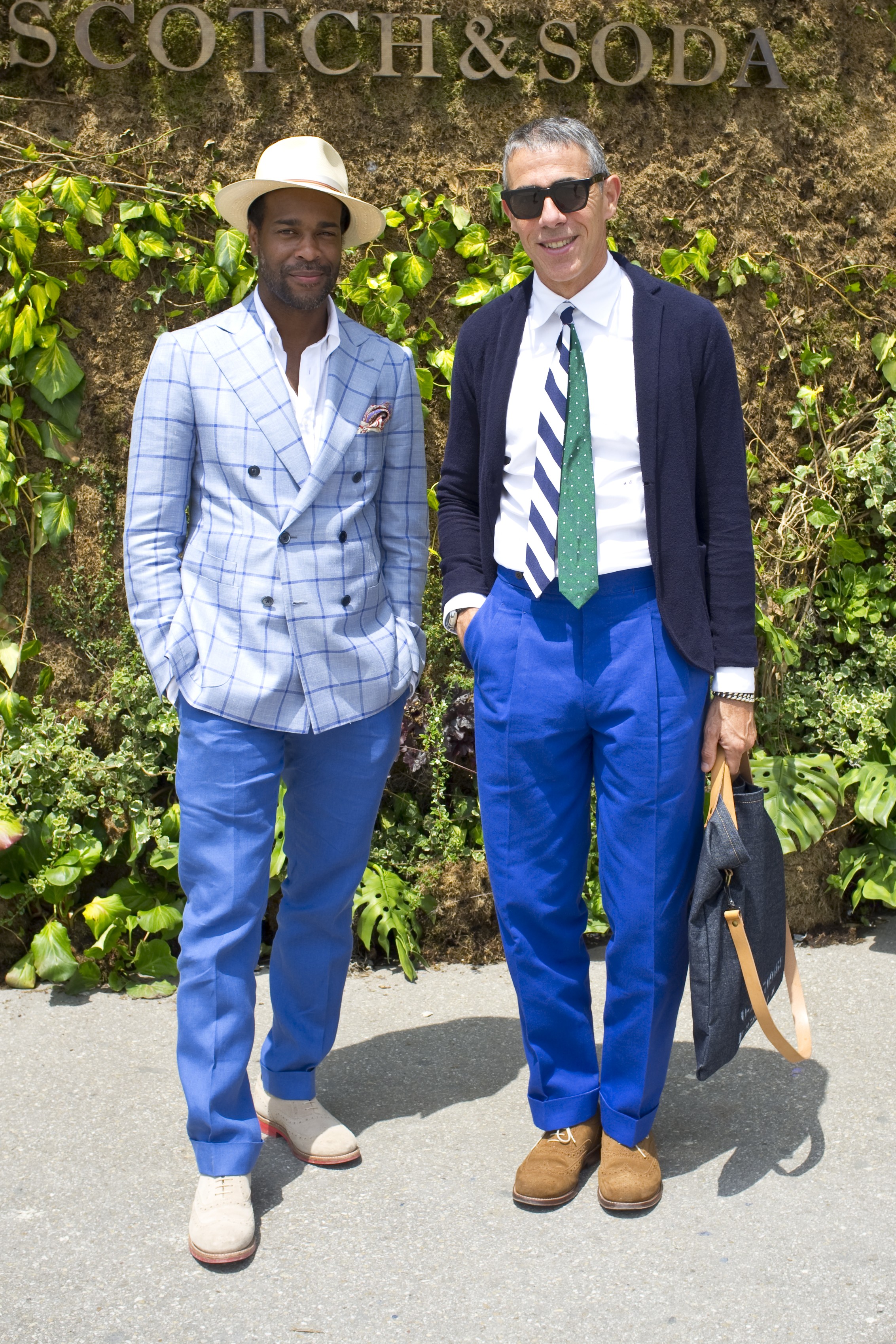 Of course, not everyone looked quite as somber

Even seasonally adjusted, this felt like a slow Pitti. Pitti lasts four days. The first day is usually a little tired, since some people haven’t arrived yet. The fourth day is almost always completely dead, since most people have left already. The second and third days are the busiest. Here’s the area in front of the main pavilion in the middle of the afternoon on the third day: 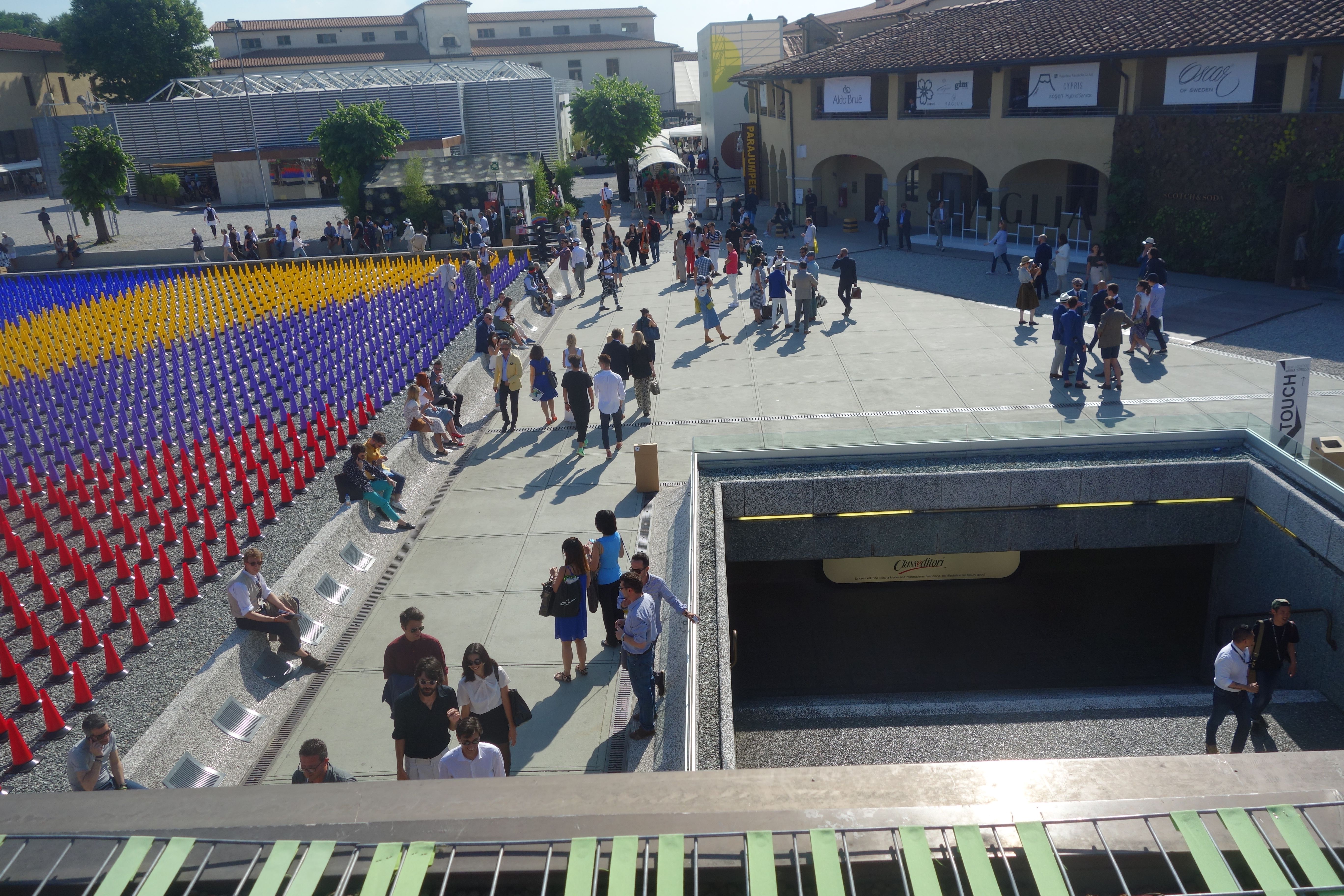 This is where you’d usually have a mosh pit of bloggers and dandies, each hunting the other in a cannibalistic feeding frenzy of attention seeking. On this pleasantly balmy afternoon, it was pretty much empty. Lino Ieluzzi and his thumb were the only ones I saw stick out the whole first three days.

Why would Pitti be slumping while menswear as a whole is surging? You might wonder if there is some fatigue setting in with the “Pitti peacock” phenomenon. How many times can the same guys show up to photograph the same other guys every six months before it gets old? How far can the photographed press the boundaries of absurdity in wool and linen in the arms race to attract attention before the whole affair collapses on itself in mutually assured deconstruction?

I don't think it's that people are tired of menswear yet - rather, there’s so much interest in it, that other cities are putting more resources into their own events, and are stealing some of Pitti’s attention and attendance. By all accounts, New York’s men’s fashion week seems to have been a huge success. London is spending more money promoting Savile Row and its own men’s fashion events around London Collections Men, which usually happen at the same time as Pitti. Many of the brands that come to Pitti go to the show in Milan as well, which follows immediately after. Some buyers now just skip Pitti and go to Milan, where they can see many of the same brands, but with less of the side show that festoons and bedevils Pitti. Some brands, especially those less attached to “classic menswear," feel that the more exciting show is now Paris. In this sense, Pitti is a victim of its own success. It was impossible for it to maintain its hegemony over all other menswear tradeshows forever. There would always be those that would flatter Pitti with some form of imitation.

I don’t mean to sound the death knell of the Pitti phenomenon. As I said, only six months ago at the January show it seemed like they might need to build a bigger Fortezza. Pitti remains the most widely covered show, the best way to introduce yourself to the international menswear market, in particular the Asian market, whose buyers often come to Pitti and none of the other shows. But there are walls other than Pitti walls, and people are realizing that they serve just as well for picture posing.
Share:
Facebook Twitter Reddit Pinterest Tumblr WhatsApp Email Link